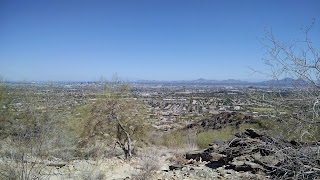 I opted to go for the Mormon Loop Trail along 24th street.  There is plenty of parking here as well as a drinking fountain.  There aren't any bathrooms here, however.

The trail starts off aggressively but it is well maintained and not too difficult.  You will have to be in shape and there isn't any shade on it.

After a mile or so, you are done with the climb and the trail levels out.  The trail also becomes less rocky.

The trail offers a lot of views of the Phoenix valley and there were several spots where I stopped and checked out the view of the Camelbacks and other mountain ranges.  Cell phone reception was also good throughout.

The trail is popular with other walkers and there were some runners and cyclists -- so definitely pay attention as the mountain bikers had no fear and would come cruising by.

The trail isn't the most beautiful but it does have some seguro cactus and other desert fauna.  There was a stretch where we ran into some petroglyphs as well.

The Mormon Loop isn't really a loop but a stretch of trail.  To make it a loop, you need to take the National Trail back.  So be sure you get your bearings or have a map handy so you know how far to go.  The route I took was pretty much the Mormon Trail and at which point it forks and goes to other trails.  I did an out and back, being not super familiar with the area.

This hike was enjoyable as it was only about 15 minutes from where I am living now.  It is a workout but it isn't brutal.  Be sure to bring sunscreen or wear protective clothing and carry plenty of water.  It was in the low 80's and it certainly felt warmer. 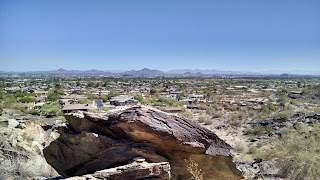 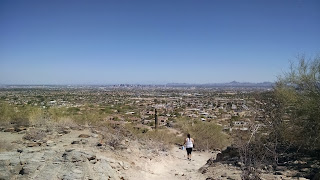 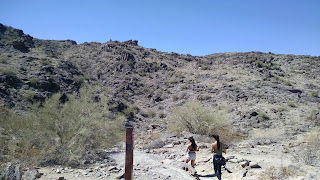 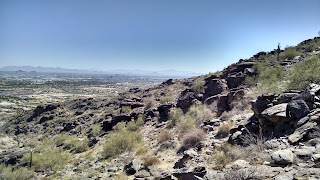 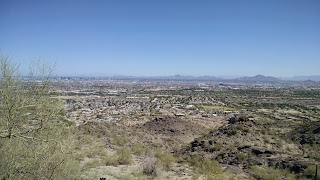 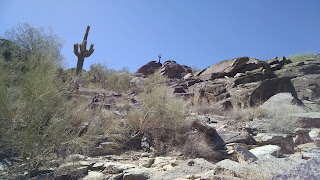 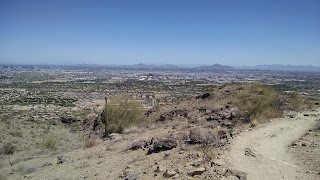 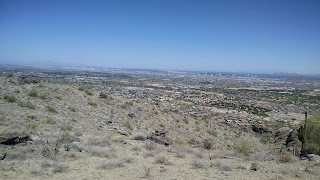 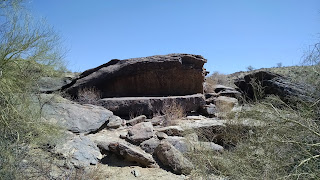 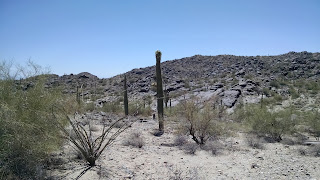 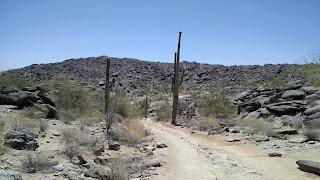 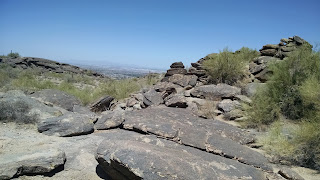