Well, I have a chance of redeeming my marathon time this fall in about 3 weeks.  For the 8th year in a row, I'll be doing the Las Vegas Marathon.  I am not sure how many people have successfully done the race each year Competitor Group has done the race, but I know for a fact, I've been at all of them so far (and completed the race each time).

With the Tahoe Marathon in the rear view mirror, I wanted to keep my endurance in place.  That means I needed to do a long run but I didn't need to go all out.  So this Saturday I did an 18 mile run -- which went GREAT (as Tony the Tiger would say).

The weather was chilly but not deathly cold and while the Murray Park System (where I live) have shut down their drinking fountains, the cities north of here haven't.  So with 28 ounces of Tailwind and a couple of Gu gels, I managed to stay fairly consistent for my long run (hitting 9:10 - 9:25 minute miles).

What a difference running at 2200 less feet, feeling "on" and running on a flat route makes.

The fall weather makes me just want to run and I did a lot this week.  While I wanted to get in some "speed" workouts, it didn't quite happen.

So without further ado, however, I'll be starting my taper for the Las Vegas Marathon.  I don't want to go into Vegas with dead legs like I did for Tahoe.

Here are some photos from today's long run.  Again, just a stunning day! 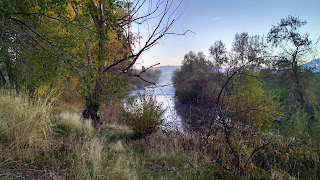 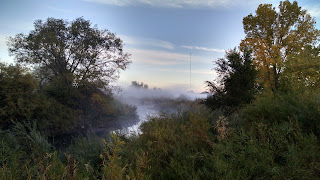 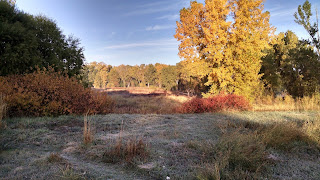 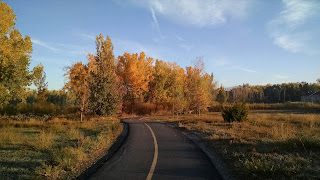 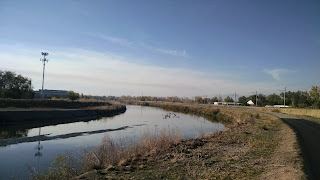 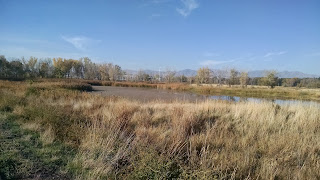 I did make some conscious decisions this week about what I put in my pie hole.  It certainly gave me some pause when I thought about hitting the old feed trough (Golden Corral) and I managed to eat fairly sanely all week.  I have quit drinking soda (not that I had much of a habit) and have been drinking the calorie and sweetner free sparkling water.  Also, instead of grabbing a ton of noodles for my couple of times a week noodle-fest, I used half of what I normall use.