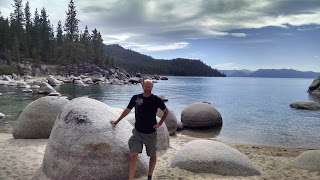 Last year I drove around Lake Tahoe and there were probably half a dozen (or way more) spots where I wanted to pull over to the side of the road and explore.

Most of the spots where I wanted to stop were filled with cars and parking was limiting.  What also hampered my ability to step out and get some shots was that I was traveling with 2 people who weren't really into stopping.

So after the Lake Tahoe Marathon, I was more than ready to drive around a bit.

Shari and I were going to try and find an easy hike or stop off on our way out of town (our destination was Carson City for an afternoon of gaming).  On the way out, I decided to drive north along the eastern shoreline.  I had a vague memory of a small parking lot that was packed to the max when I passed by.

Being that it was a Monday and still somewhat early in the morning (and off season), I had no problems finding a parking spot.

I took some pictures from the parking lot which offered a grand aerial view of Lake Tahoe: 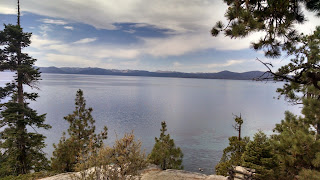 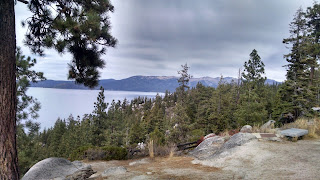 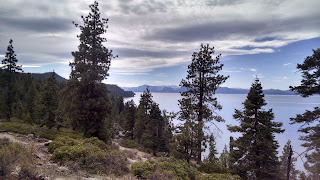 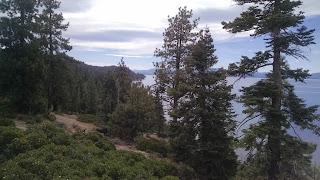 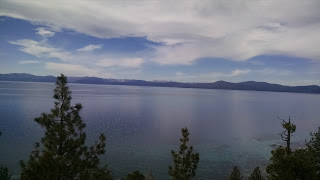 We quickly spotted a trail, which was surrounded by lush pines.  There also were abundance of huge pine cones -- apparently the locals say they have been inundated with the sheer volume this year.  There were some very old trees too, judging from their circumference. 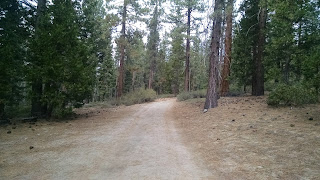 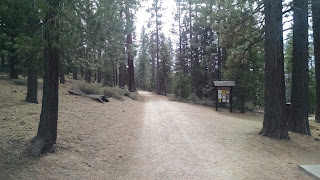 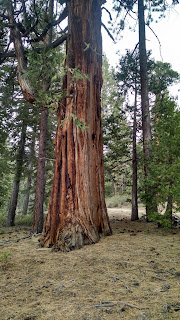 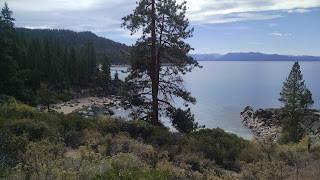 We met a beach goer there who directed us to Secret Beach.  It was about 5 - 10 minute downhill walk to the beach.  I was delighted to see a sandy beach filled with the trademark boulders that dot the Tahoe shoreline.

I was also shocked to discover that Secret Beach is also a nude beach.  There were a few people down there in the buff enjoying the sunshine.  I minded my own business and snapped some pictures before taking off.  Definitely well worth the stop. 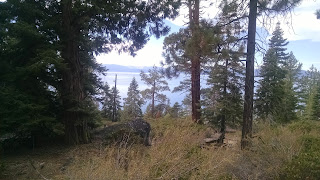 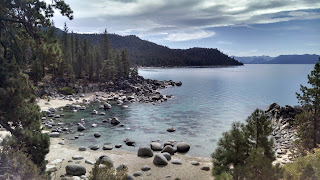 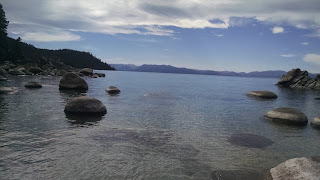 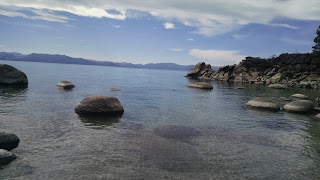 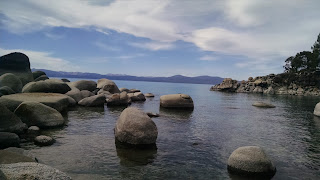 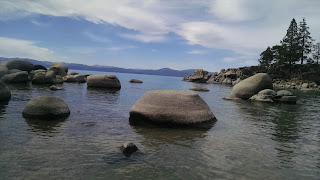 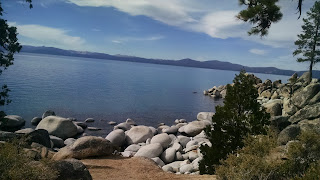 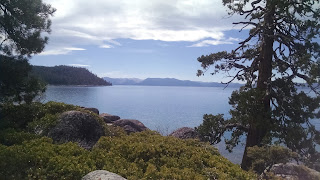 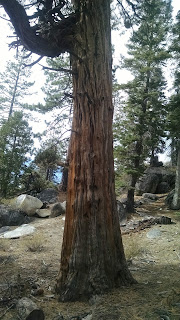 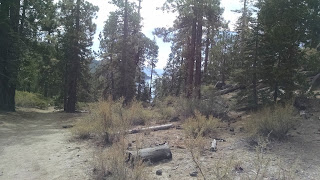 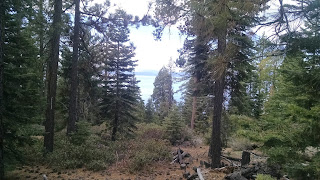