Believe it or not, this week was primarily about recovery.  The overall volume, doesn't indicate that, however.

On Monday, I felt really good and being that I was in Lake Tahoe and with a bit of time to kill, I opted to go for an easy run along the main drag in town.  I more or less followed the final 2 to 2.5 miles of the marathon that I had just run the previous day.  I was in such a haze during the marathon that I couldn't appreciate what I was running by.  It was actually one of the prettier, enjoyable and memorable runs I've done in a long time.

I think park of the reason I was able to run so quickly after finishing a marathon is that I did spend a session or two in the sauna at the hotel.  It really helped me feel less sore. 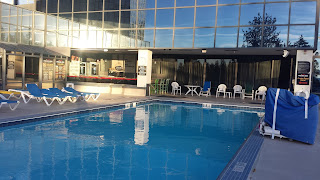 The week prior to the Tahoe Marathon I felt extremely flat.  Every -- and I mean every run -- I did during the week felt like I was dragging an anchor behind me.

I go through phases where I am not feeling awesome and I figured that once the race started I would get back into the groove.  But it didn't happen.

I am not sure what the cause of this was: over training? not enough food?  Wrong kind of food? Nerves?

The magic didn't happen and once again, despite some diligent training, the marathon didn't go as planned.  I still have one more shot at redemption this year: the Las Vegas Marathon.  So I am hoping to bear down on that and succeed with that one. 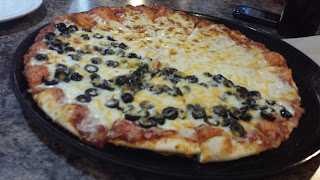 One of the reasons why I think I am slowing down (sometimes a great deal) is that I've put on a bit of weight over the years.  4 years ago when I moved to Utah I was about 167 pounds and running pretty well.  These days I am pushing 182 and all of it is pure body fat.

It isn't so much as what I am eating -- it is how much.  I've got the physical activity down pat and I know what is good for me (and what isn't).  But over eating seems to be my primary nemesis.  Running makes me hungry and when I get to that "point" I look for a buffet instead of something sensible.

I don't believe in starvation or self-sacrifice.  I workout hard and I like to indulge but I think I have taken it a step too far.

Recently I have ditched diet soda and I have cut way back on sugary soda.  I still have a candy / cookie addiction.  But my biggest problem is that I know the name and location of every buffet in a 200 mile radius and generally on a first-name basis at most of them.  That's not good.

Hopefully "This Week in Running" will also keep you updated with my attempt at weight loss.