Those that know me, know I am not a big parade person.  It takes a lot to drag me out the door to go see a fourth of July parade.  Usually, I don't like to deal with the traffic, parking and then getting home from wherever the parade was being held.  You can also add in going to see fireworks.  To me, it just isn't worth the hassle.

Being that I was in Elko over the weekend -- all the rules changed.  I am now dealing with a much less densely populated area and on my runs I sort of knew what the layout is of the downtown area. Since I was up early enough and had just finished eating and didn't really want to go hiking quite yet, I headed downtown, parked at the library, walked a block or two and found a spot right in front of the County Courthouse and basically got a prime viewing area for the parade.

The parade seems to be heavily tied in with the Elko Basque Club.  The Basque area a group of people that settled in the Elko / Boise area and have stayed in the area.  Their traditions are culture are certainly celebrated throughout the town and this seems to be one of their main events.

I was really impressed with the showings.  While there were your typical politician or firemen crew passing by, there also were a lot of Basque people doing their cultural dances.  This also included a group of strong men who picked up a 250 pound ball, raised it above their shoulders and slammed it down.  Also there was wood chopping and soccer players.

All in all, I want to say the parade lasted about an hour and most of the kids made out like it was Halloween: just about every float was throwing out penny candy.

Fireworks in the Evening

Again, I am not a big fireworks person and usually I can pass on them.  However, being tired of losing money in the casino and wanted to get out and mingle with the locals, I headed out of the hotel to catch a glimpse of the pending fireworks.

I roughly knew where the fireworks were going to be held and figured I'd stand in the hotel parking lot and watch them go up.  However, I noticed that a lot of people were leaving the hotel and walking down the block.  Again, thanks to my running around in Elko, I knew roughly where the county fairgrounds were and soon enough I found a ton of people sitting around in a baseball field facing the I-80 (about half a mile or so away).

I found a seat in the grass and at about 9;15 I was treated to a really nice fireworks display.  To be honest I was expecting a short / cheap event, but I had heard through the rumor mill that Elko did put on a good show and I wasn't let down.  The show lasted about 30 minutes and best of all, I was within walking distance of my hotel.  I didn't have to deal with any headaches of leaving the park (which looked like a mess once the show was over). 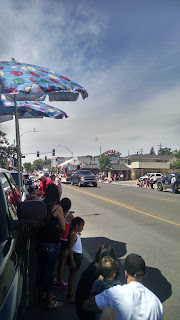 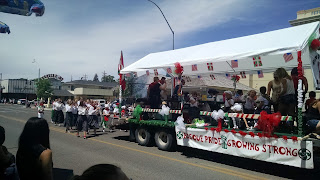 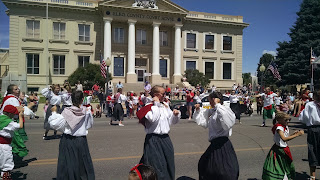 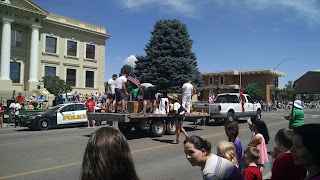 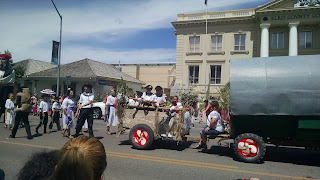 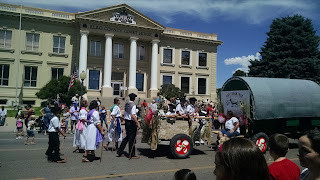 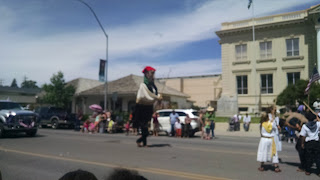 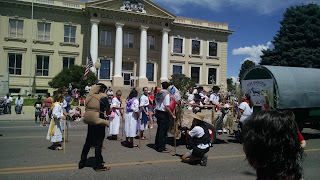 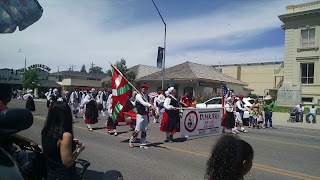 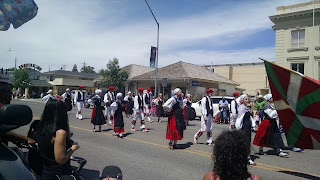 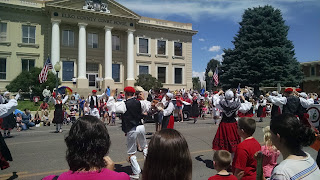 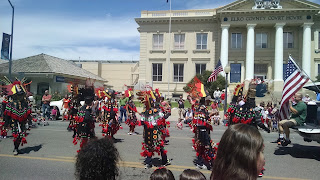 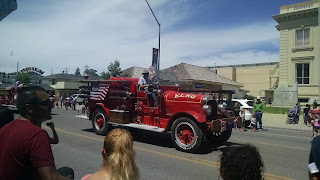 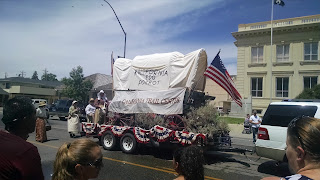 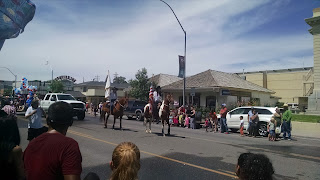 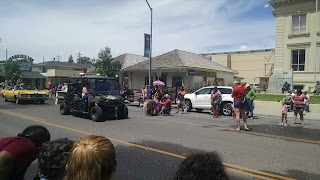 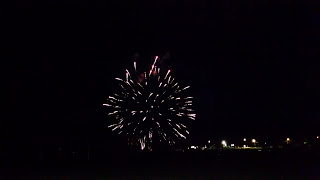 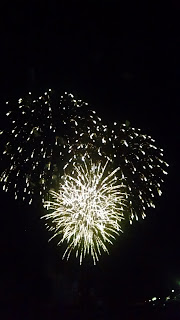 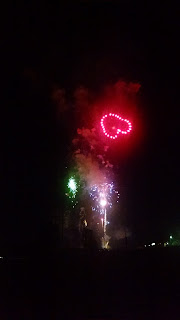 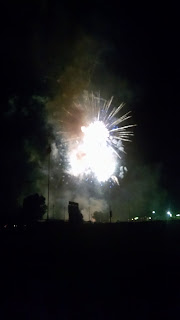