Another high mileage week in the books for me.  I think sitting in the hot springs after the 5K on Saturday did me a world of good, as I was obviously itching to run on Sunday.  It has been a while since I've done a daily double and I felt even better during my evening run than my morning run.  Sometimes the running gods just smile upon me for strange reasons.

I also managed to get in a solid speed work and some strides, plus another 10K race.  Overall I am really pleased with what I am doing.

Right now, I am looking at doing a 15K race up where I ran at the Great Salt Lake next weekend.  It is flat and seems to be the only thing going on in town.  If the weather holds and I am feeling up to it, I'll jump in.  I don't think I've ever raced a 15K before, so this will be an instant PR.

I also officially signed up for the Riverton Half Marathon ($40), which is in mid to late March.  I ran that one last year and it was challenging course, but certainly worth doing.

I haven't inked any marathon races into my calendar yet, but I am keeping an eye out for one.

I am still suffering from some right toe numbness.  In fact, early this week it was pretty painful.  I still think there is a bit of a neuroma going on.  For a while, it was in the left toe, but that has completely gone.  Now it is simply in the right and while it doesn't seem to be getting worse, it isn't getting better.  It makes it hard to push off and I sort of sense myself coming down with a slightly different landing to compensate.  I felt it a little during today's 10K race.  I am dabbling with a few anti-inflamatories, but I am simply hoping it goes away.  It is aggravating though.

One of the joys of running on the bike trail is meeting new people.  During many of my runs it isn't uncommon for me to see a familiar face and get either a nod of hello or on easy days a quick chat.

However, I noticed "Casper" about a week ago.  He appears to be a stray white cat that lives on the bike trail.  He always came running out to greet me and say hello.

Once in a while, I bring a little bag of cat food and drop it for the strays if I see them, but Casper is always in the same spot.  He now recognizes me and I give him a big hello.  He'll follow me too if I am not careful, but I've been bringing him some food and he devours it each time.  He also isn't afraid to be pet and will rub himself against my legs.  Either way it does give me something to look forward to on my runs and I suspect eventually I'll have to take him to an animal shelter.  I don't really want / need another cat right now but now I've got an even bigger reason to run every day: 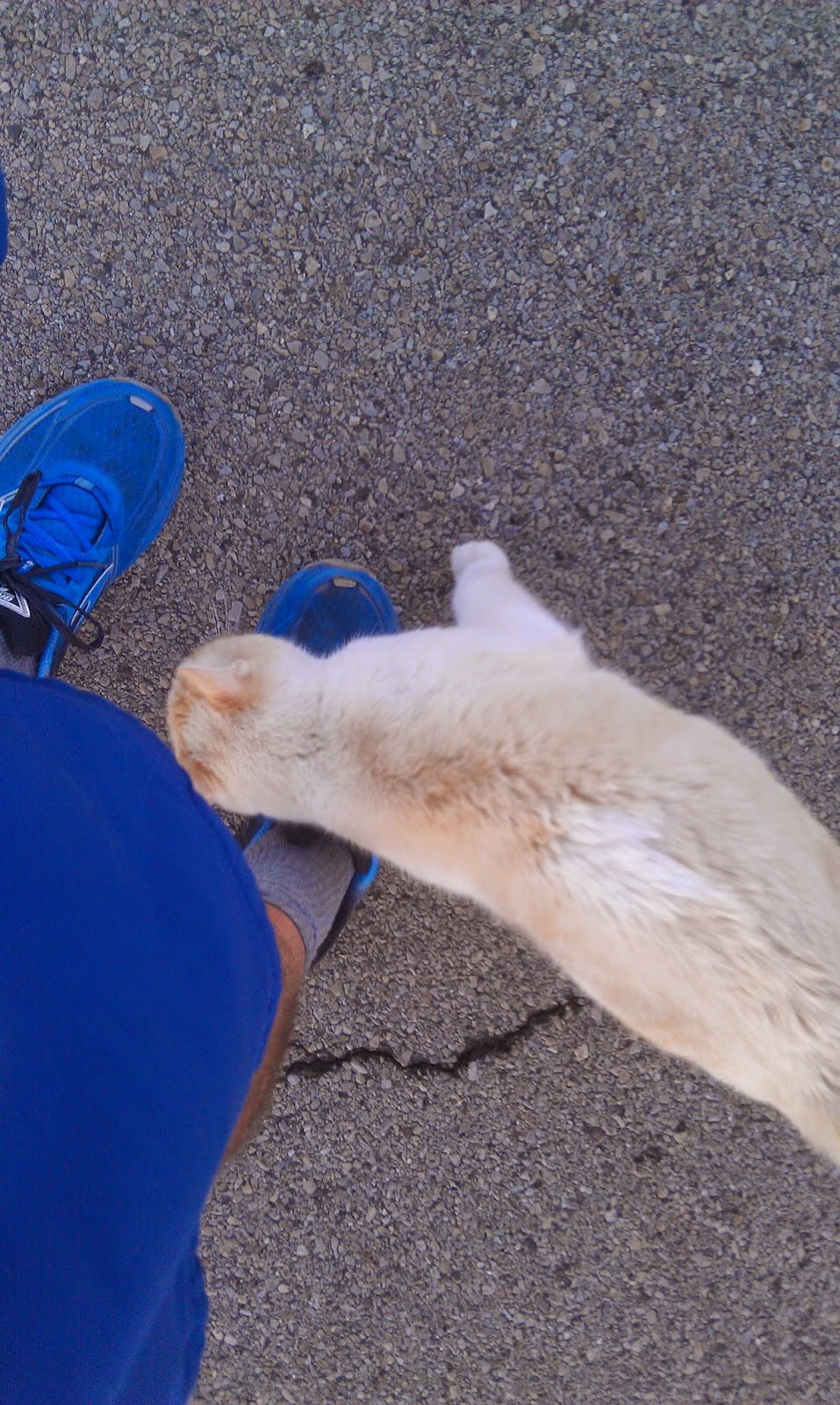 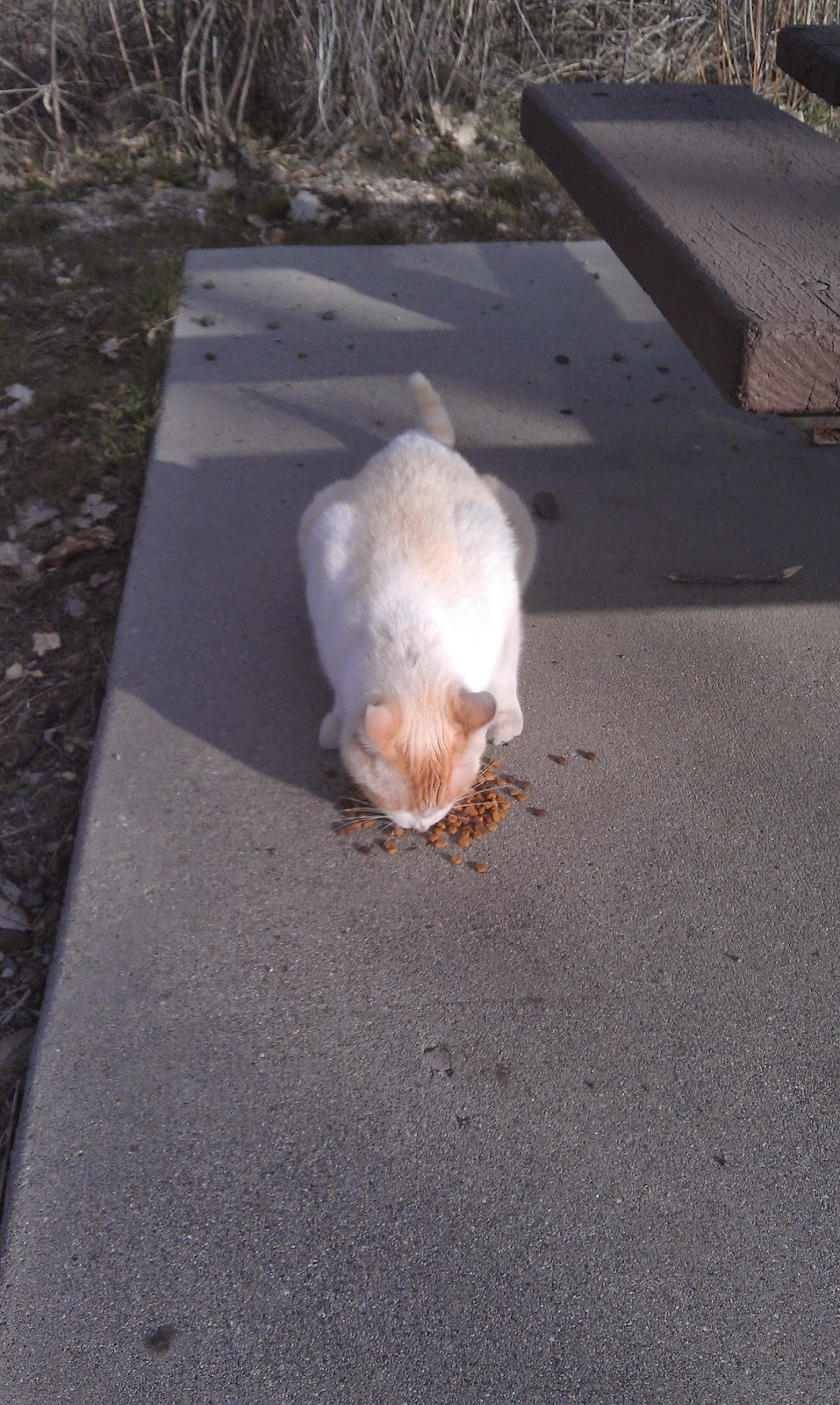