The trip to Las Vegas

Shari had planned an Arizona weekend with her friends during the last weekend of January.  The trip from Salt Lake City to Phoenix is about 10 hours and being that my mother in law was visiting we decided to break up the trip by spending the night in Vegas.  Vegas is about equally distant from SLC and Vegas.

Shari's has been playing the Vegas World on Facebook and had scored a bunch of discounted buffet passes as well as a discount room at the Mirage.

The Trip to Vegas

Originally, we had planned to leave early Thursday morning, but knowing how long it took for my mother in law to get ready, I figured I'd just go to work for half a day.  Since I'd be driving close to 1500 miles we opted to rent a car.  Thank goodness we did as when I checked my tires on my car they were sorely in need of replacement.

By the time we got everything squared away it was pushing close to 11:30.

The trip down there was largely uneventful.  We had rented a 4-door sedan but they upgraded us (for free) to a Chevy Captiva SUV.  It is a nice car, but I wouldn't buy it.  I hate the gear shifter and the engine is noisy. I am not a big fan of driving down I-15 to Vegas as I find it fairly monotonous, but the time went by quick enough.

We barely beat the Vegas freeway traffic and arrived at the Mirage just shy of 4 Pacific time. 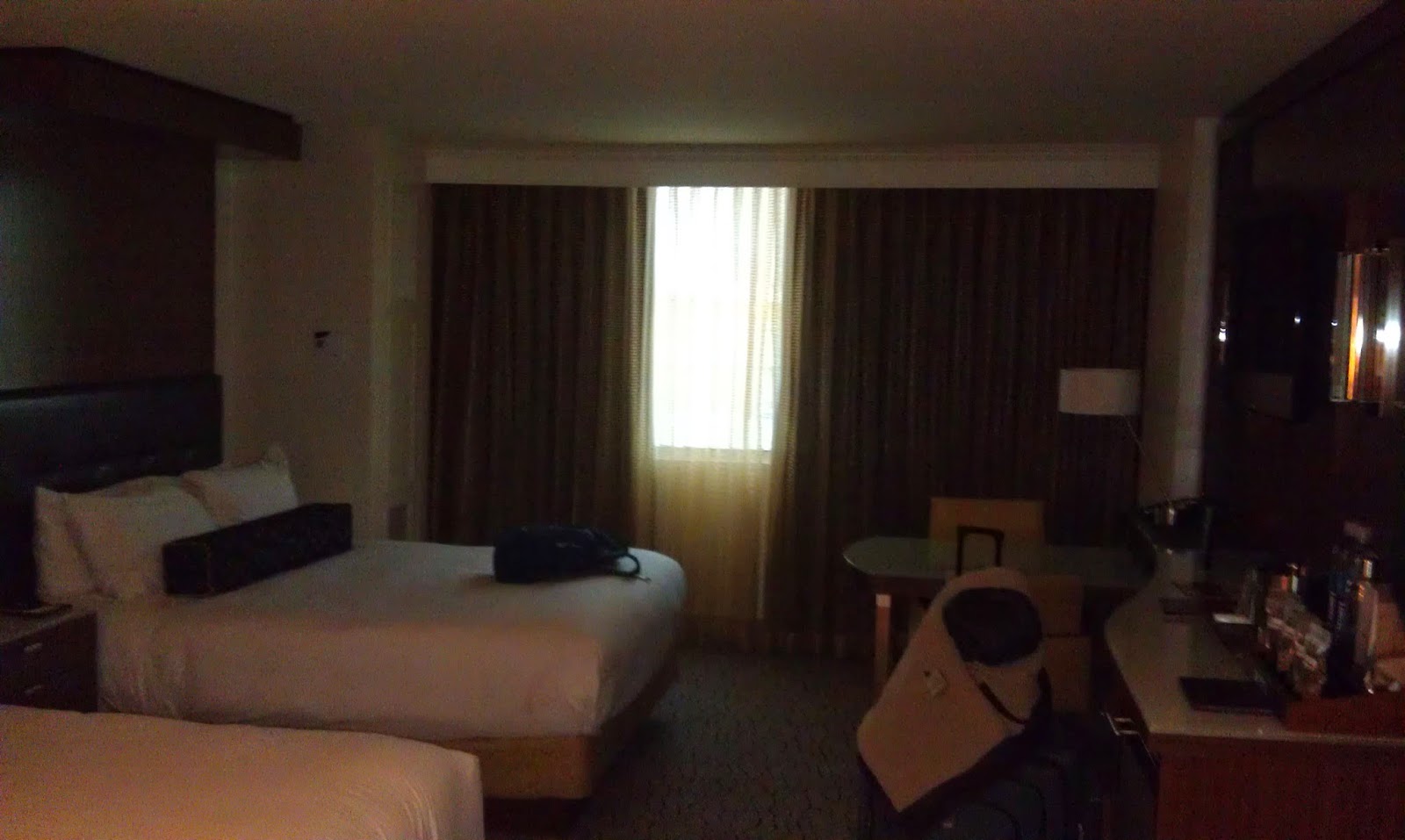 We got settled into the room and decided to hit the casino.  They hadn't moved "my" Fu Dao Le machines and I settled into my favorite one: the one that I gotten rich off the last time I was there.

I was betting conservatively but managed to change my $20 into $120 with a series of hot bonus rounds.  I was pretty excited. However, the machine got cool after a while and I wound up cashing out with $80.  It was an awesome way to start the trip: 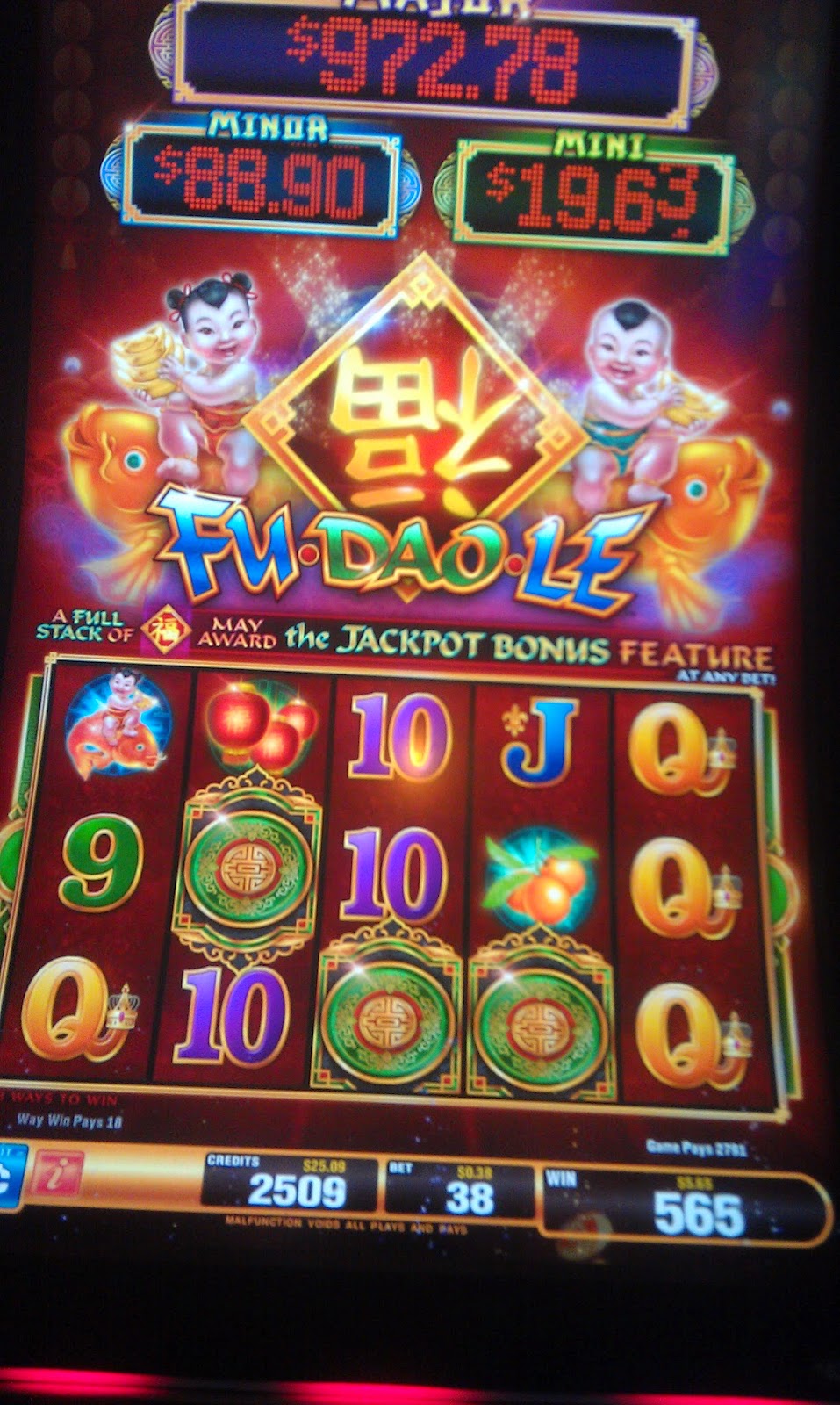 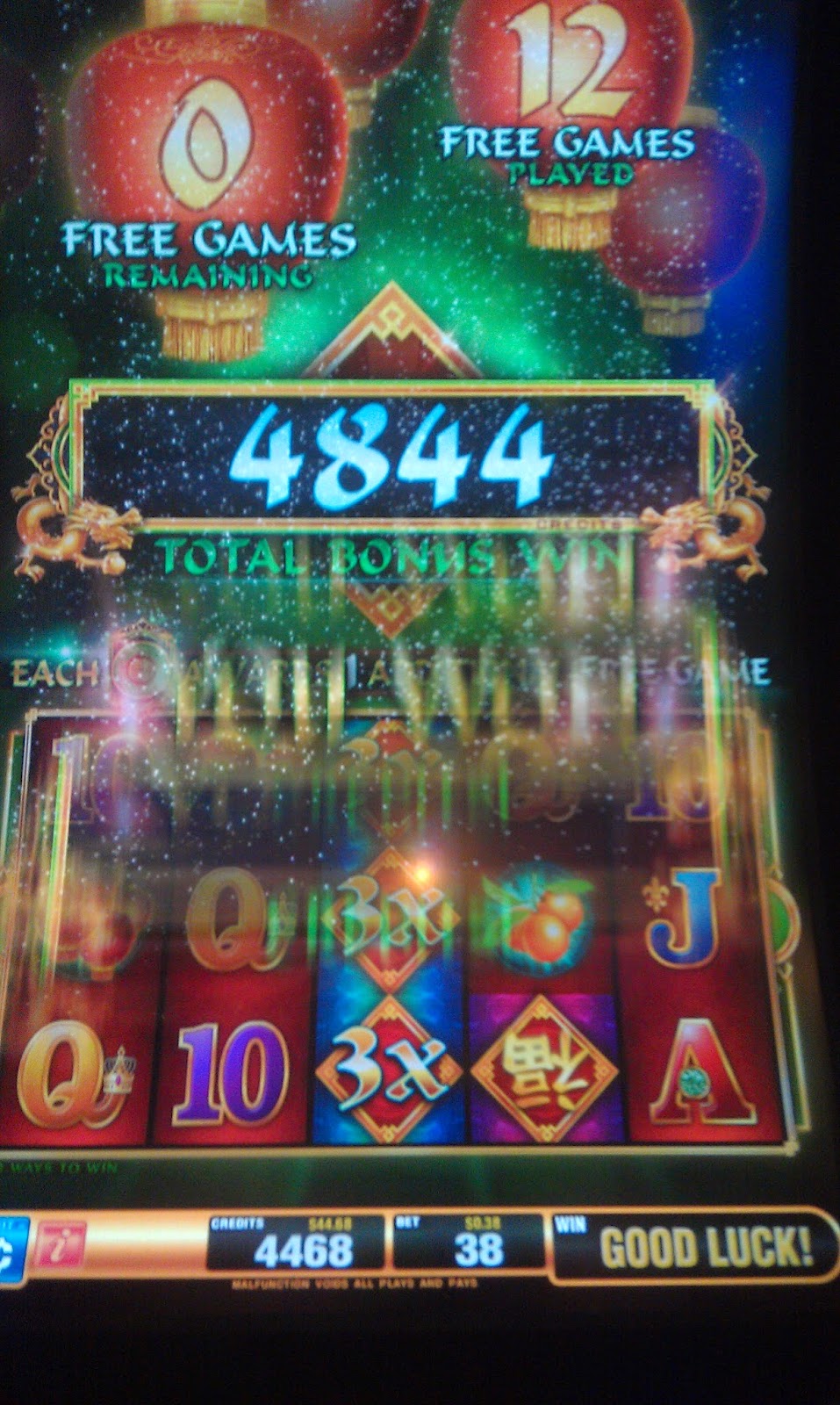 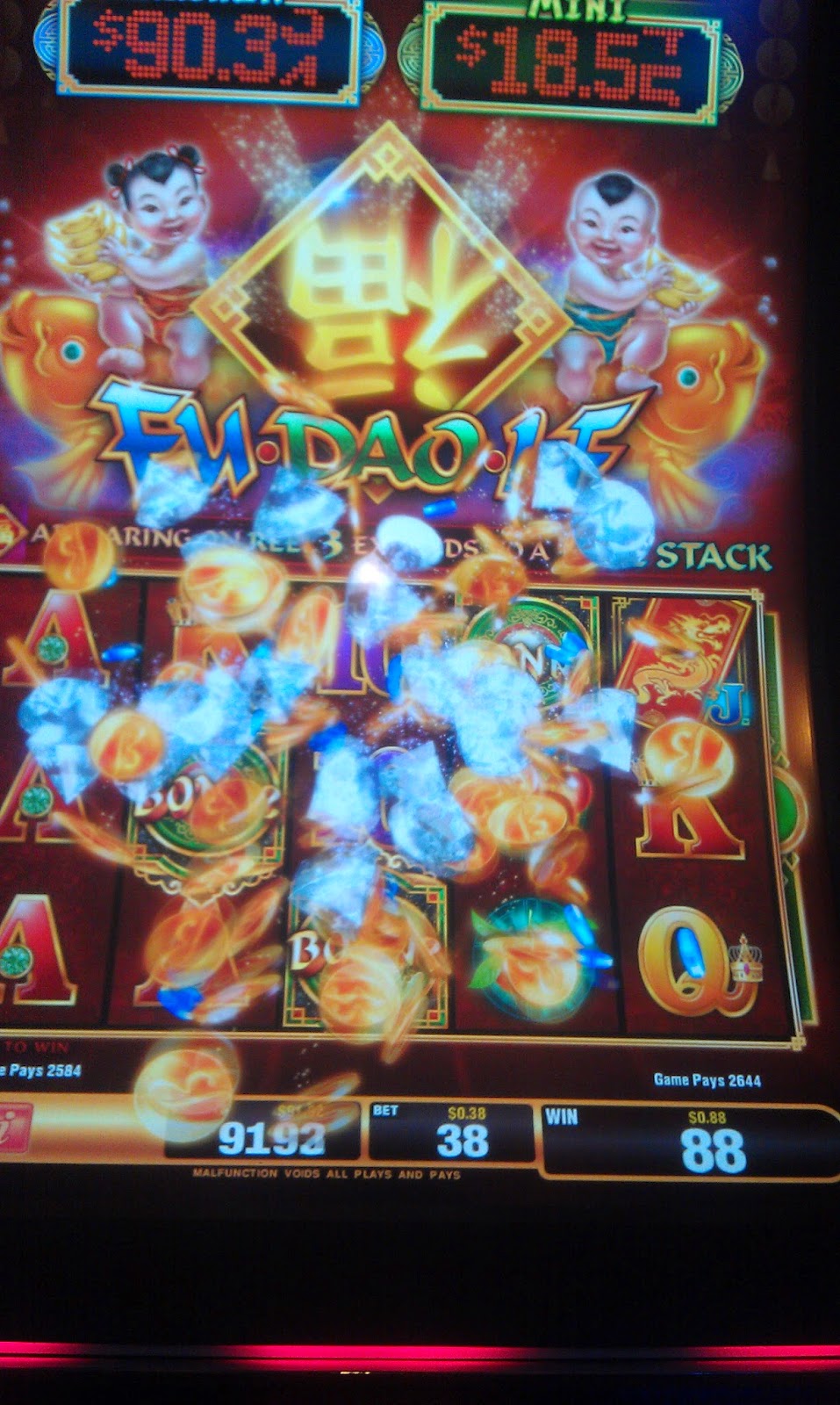 After gambling a bit we hit up the Cravings Buffet at the Mirage.  Shari had scored a 2-for-1 dinner pass, so we both ate for about $30.

They had an easy access to hot crab legs.  I easily inhaled 4 plates of them.  They've also done away with the servers getting you drinks.  Now you get your own, but they had cool Coke dispensers where you could pretty much serve yourself any type of coke.  I love vanilla coke, but it was a even nicer to get diet, no caffeine, cherry vanilla coke. 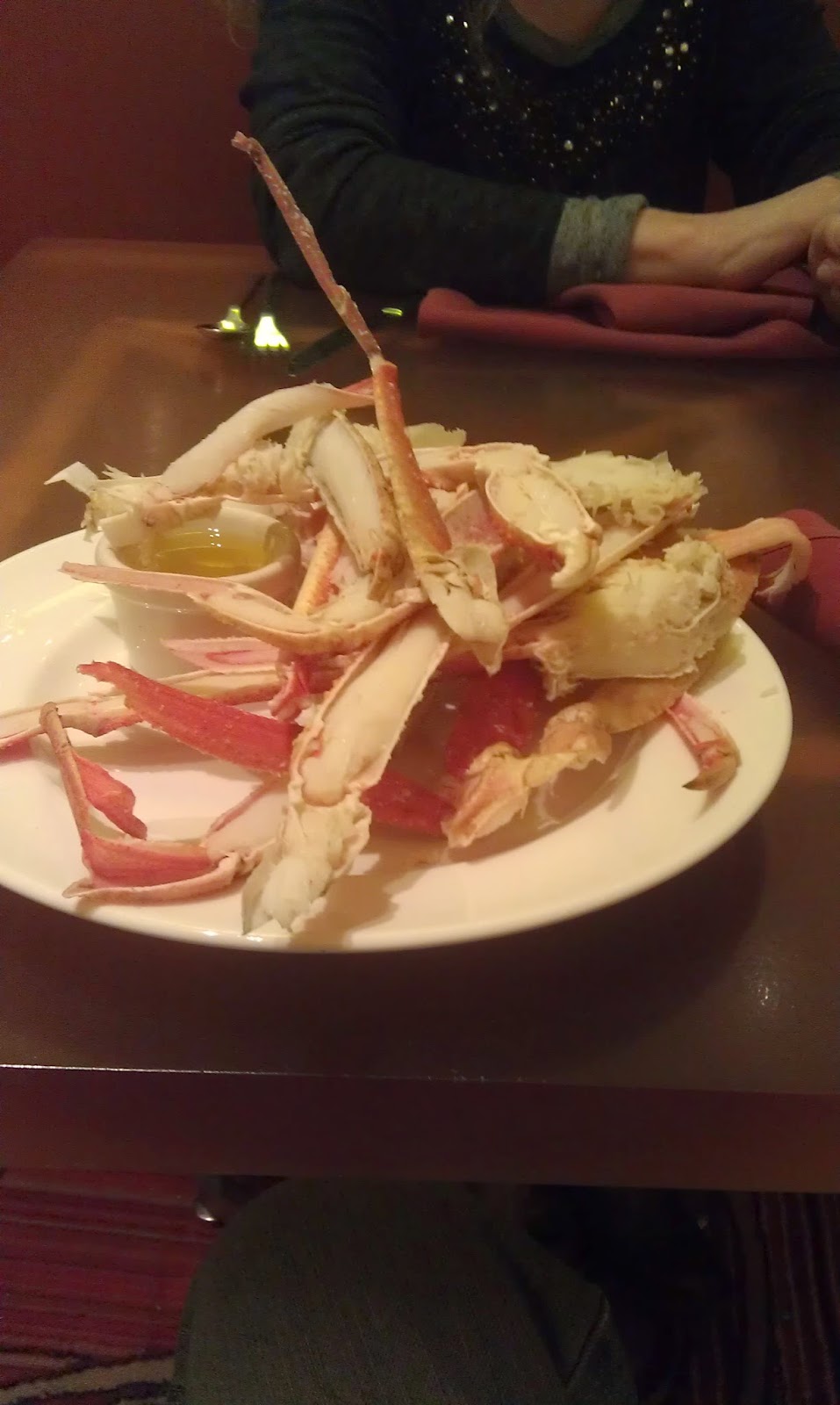 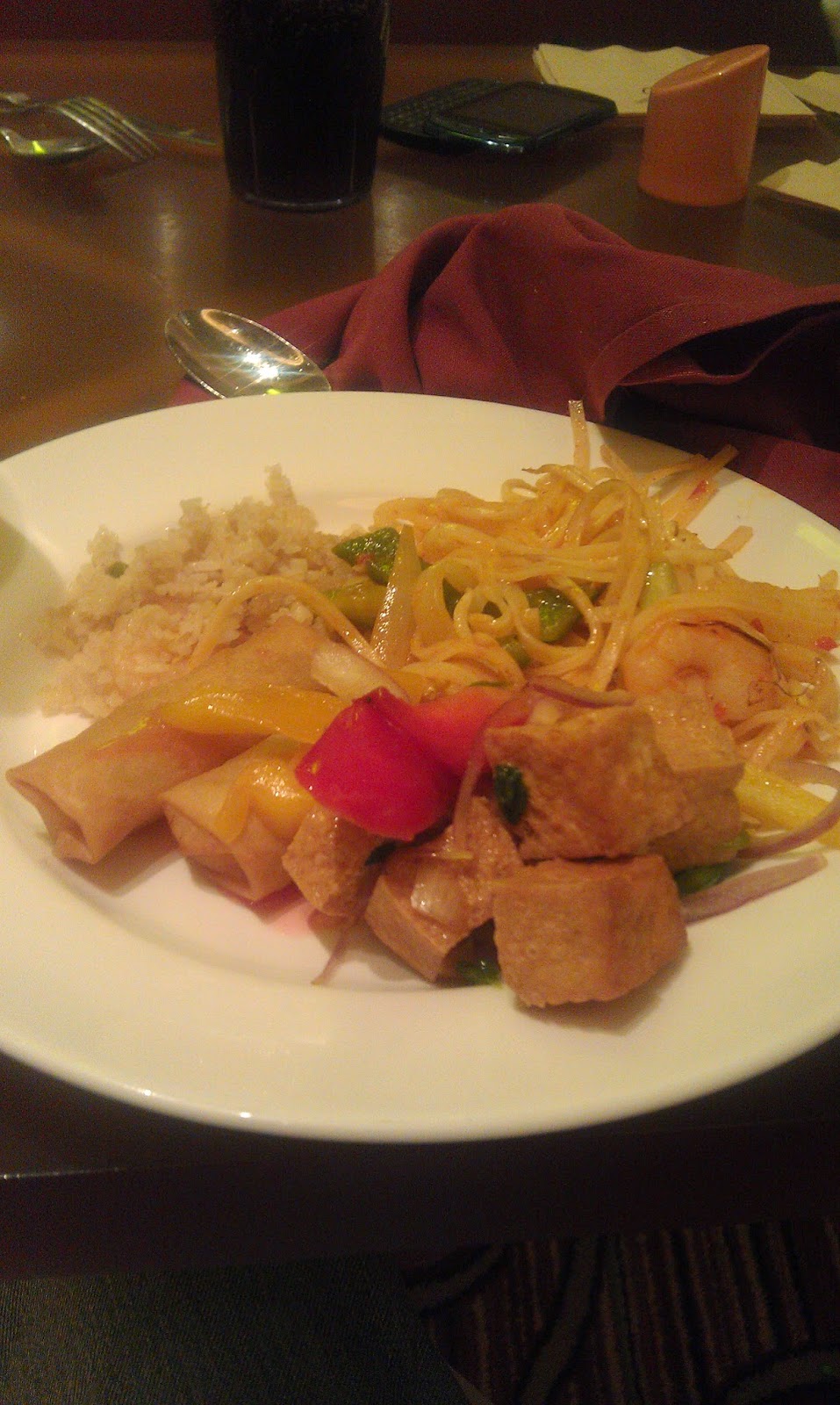 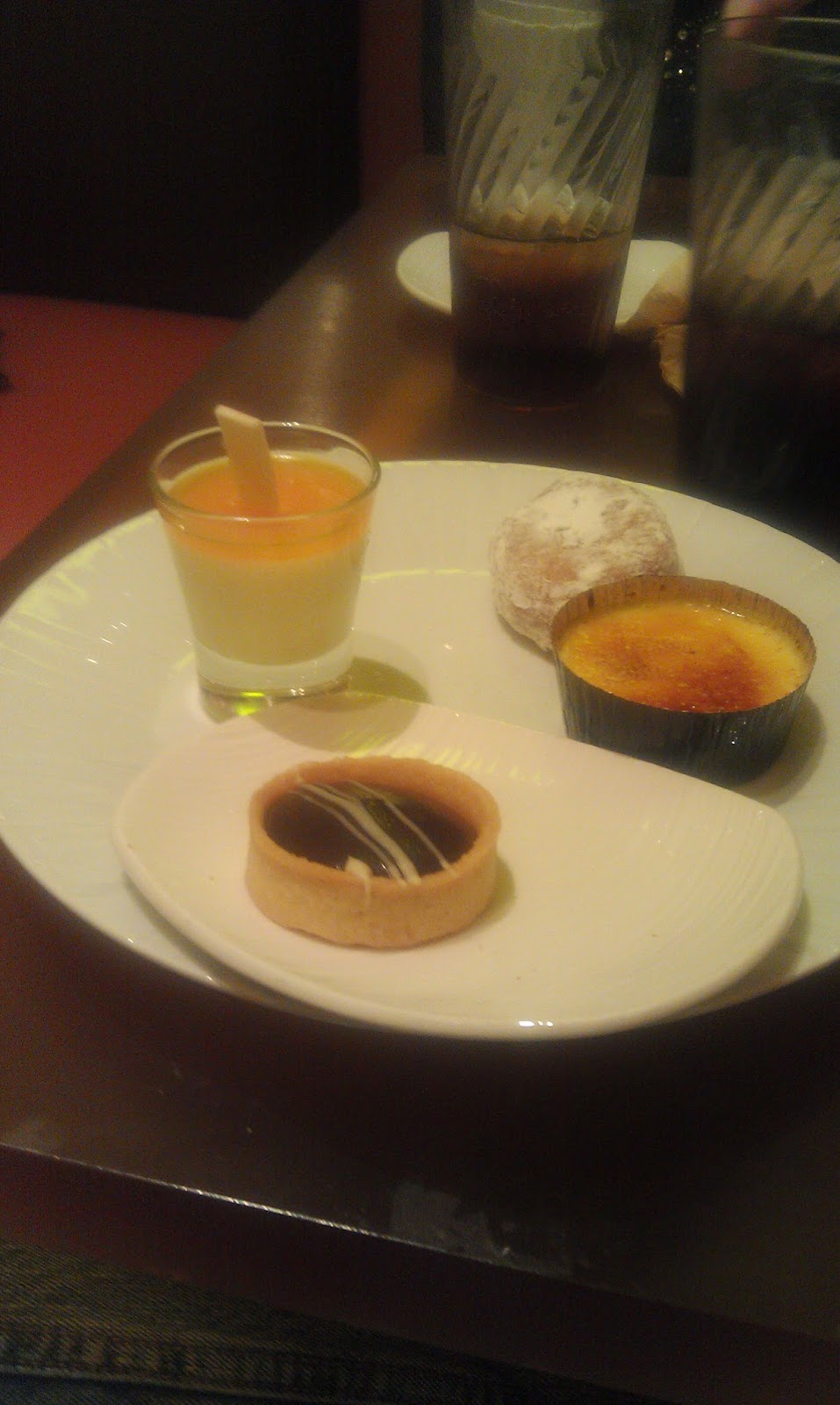 The rest of the buffet, was sort of ho-hum.  I still think the Montego Bay buffet (seafood night) beats this one.  Nothing was really fabulous and most of it just seemed warmed over and not terribly fresh.

After eating we hit up more machines.  Shari had a good run of luck and wound up winning $100.  All my good luck turned into bad, unfortunately.  I wound up giving my $60 of Fu Dao Le money back to the machines and then some.  By the time I went to bed, I was $60 in the hole.  I also had an opportunity to try a Wonder Woman slot machine.  I am a regular watcher of the seventies series that they rerun on MeTV on Saturday nights and it was good to see her in action.  I did manage to get a nice bonus round, which may make me want to play this game in the future.


I actually slept pretty well and in the morning I went to the Bellagio Gardens and took pictures of the strip in the early morning.

I spotted another Fu Dao Le machine that was ripe for the picking at the Bellagio. The red envelope jackpot was up at $180 and I figured why not play it.  I wound up putting in $40 and made a $10 profit.  I was hitting a ton of bonuses but none of them were terribly exciting.  Also, I didn't even get teased with the potential of a red envelope payout.

I chased the jackpot with another my profit and another $40, but once again, my luck wasn't good.

Sort of pissed off, I walked back to the Mirage and had their breakfast buffet.  Once again, we had a two-for-one pass and we ate for about $20. Their breakfast buffet wasn't the greatest either.  While there was plenty of food, I just wasn't wowed with anything.  I kept mumbling that the Wendover buffet was so much better -- and cheaper!

The Trip to Phoenix


We wound up taking off at 11AM to finish up our trip.  It was raining but driving wasn't too bad.  Driving through Boulder City and seeing the Lake Mead area as well as Northern Arizona was absolutely stunning.  There are a ton of canyons and sprawling vistas.

The trip to Phoenix was interesting and most of the northern section of the state is pretty rural and isolated.  They have nothing on the speed limits in Utah and we were capped at 65mph, max for most of the trip.  Once we got into the Phoenix area we got hammered by traffic, but we still managed to get to my brother's apartment in short order.