The casinos in Wendover sent me some more free goodies this past month: $10 in free play, 2-for-1 buffet, 2 night *free* stay in a hotel (week night) - how could I turn it down.  Also I was itching to do some more exploring in the mountains to the north of Wendover, which I have documented here.

I made the trip, leaving at about 9AM Sunday morning after quickly throwing together a change of clothes, my running gear and of course some cash.

I got there a bit after the 11AM kickoffs, which was fine by me.  I didn't have any inklings on wagers for the 11AM games anyways.  Given that it was 6x comps, I went up to my favorite machine and threw in a $20.  This was consequently the machine that sucked $100 out of my wallet last time I was there.  This time Fu Dao Le was kind to me and soon I was up a few bucks:

It turns out also that my boss / manager was in Wendover, so we were playing phone tag trying to figure out when and where to meet.  I caught him in the middle of golfing though so I hit up the buffet.  I had a 2-for-1 coupon, so I wound up eating for about $10.

After eating, I gambled a bit more in Montego Bay and soon I was up about $60:

After an hour or two, I walked over to the Peppermill (once I parked in West Wendover, I never moved my car again until it was time to go).  It is a half mile walk each way and it was just a nice day to stretch my legs: 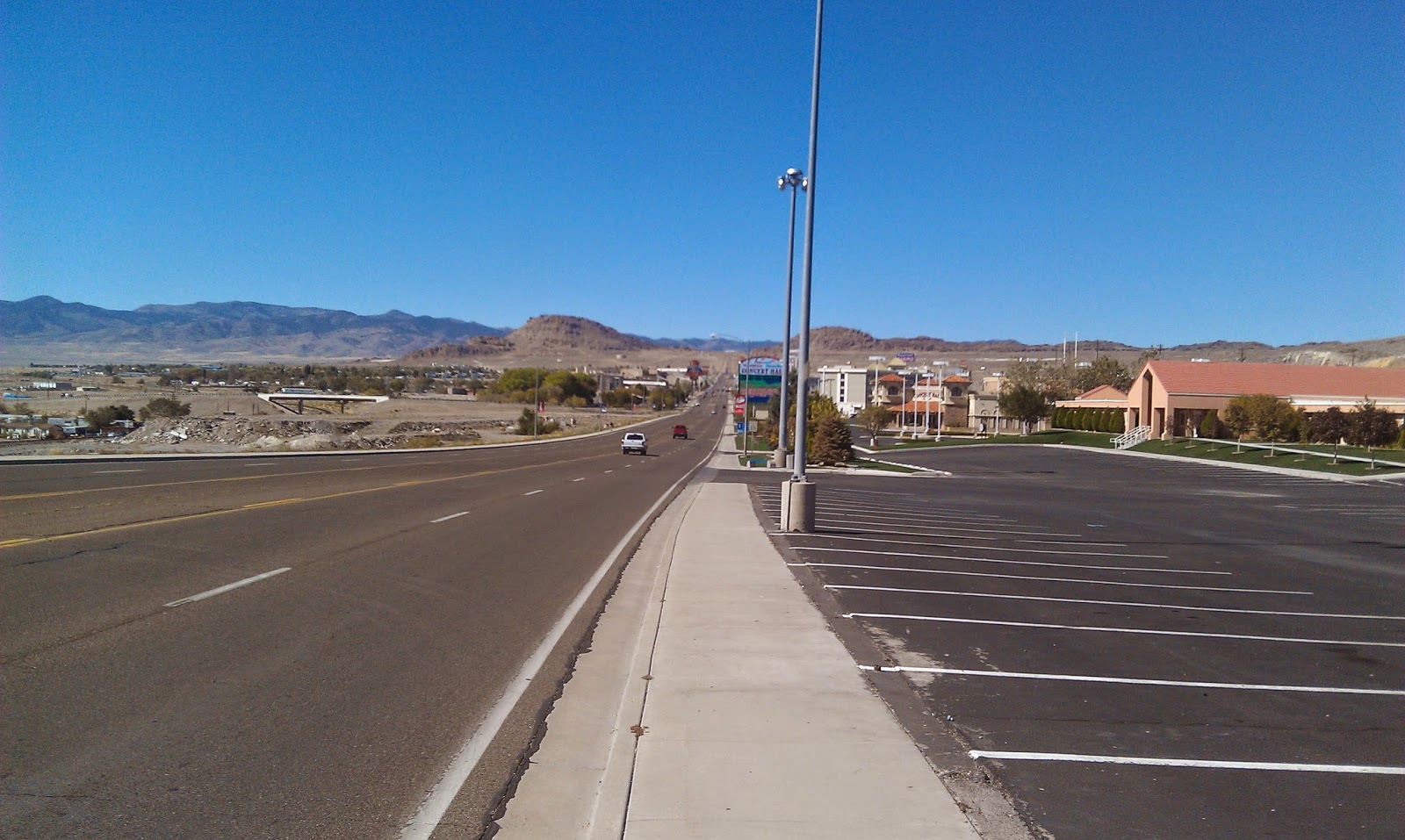 I did put a bet on the over for the Broncos / Cardinals game, which I won! 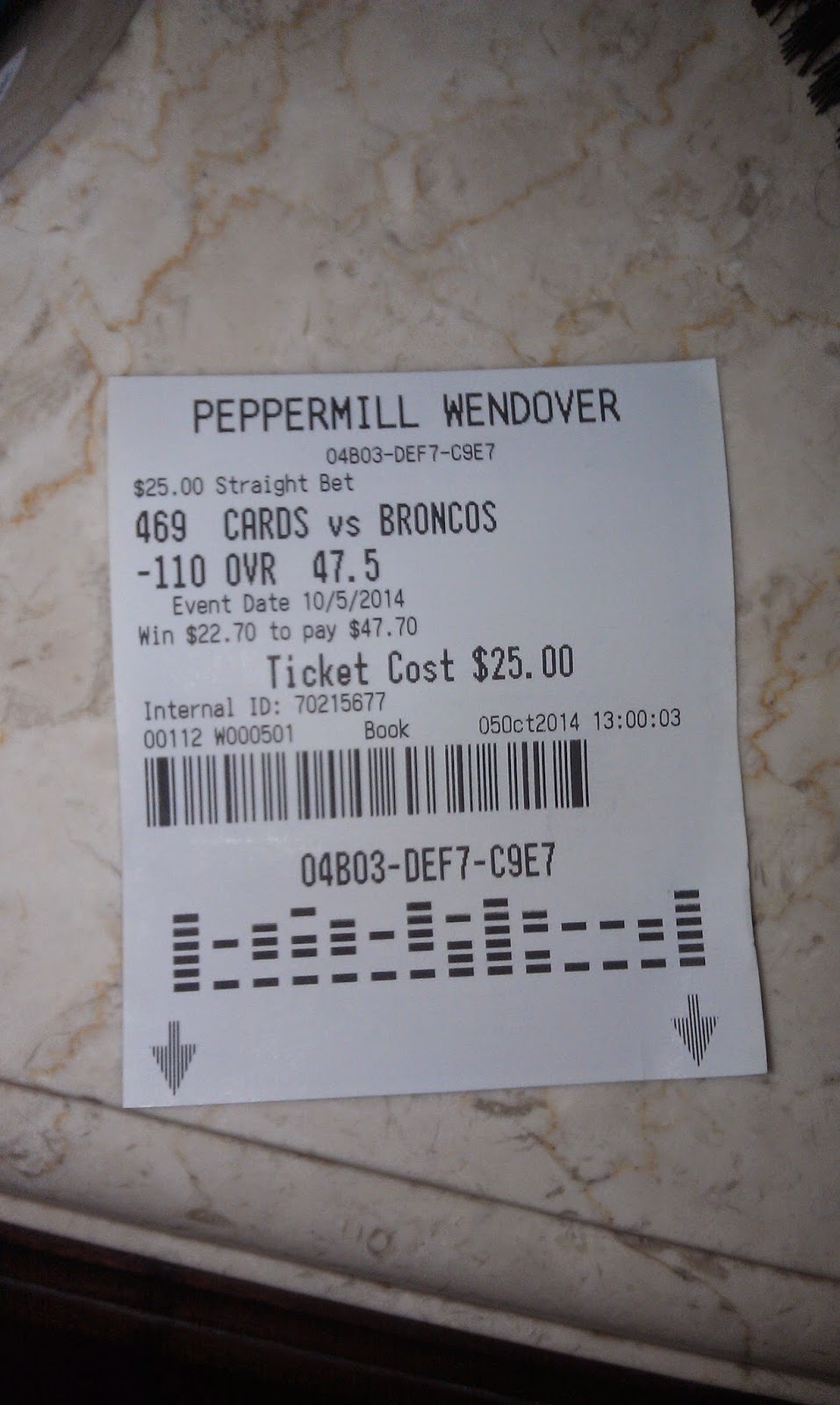 I got a call from my manager who was ready to meet me, so I hoofed it over to the Nugget.  I hadn't been in there in a while and sadly little has changed.  They really need a make-over.  I wound up gambling a bit in there but my luck continued to be sour.  I did hang around with my manager and his mother and followed them around gambling and such.

After an hour or so, it was time for me to check in and so I got my room and hit the pool.  I expected the pool to be awful -- as in cold.  But it was actually REALLY nice.  It was warm and despite it only being in the low 70's I was perfectly warm.

I wound up eating for free for dinner, having earned enough comps. 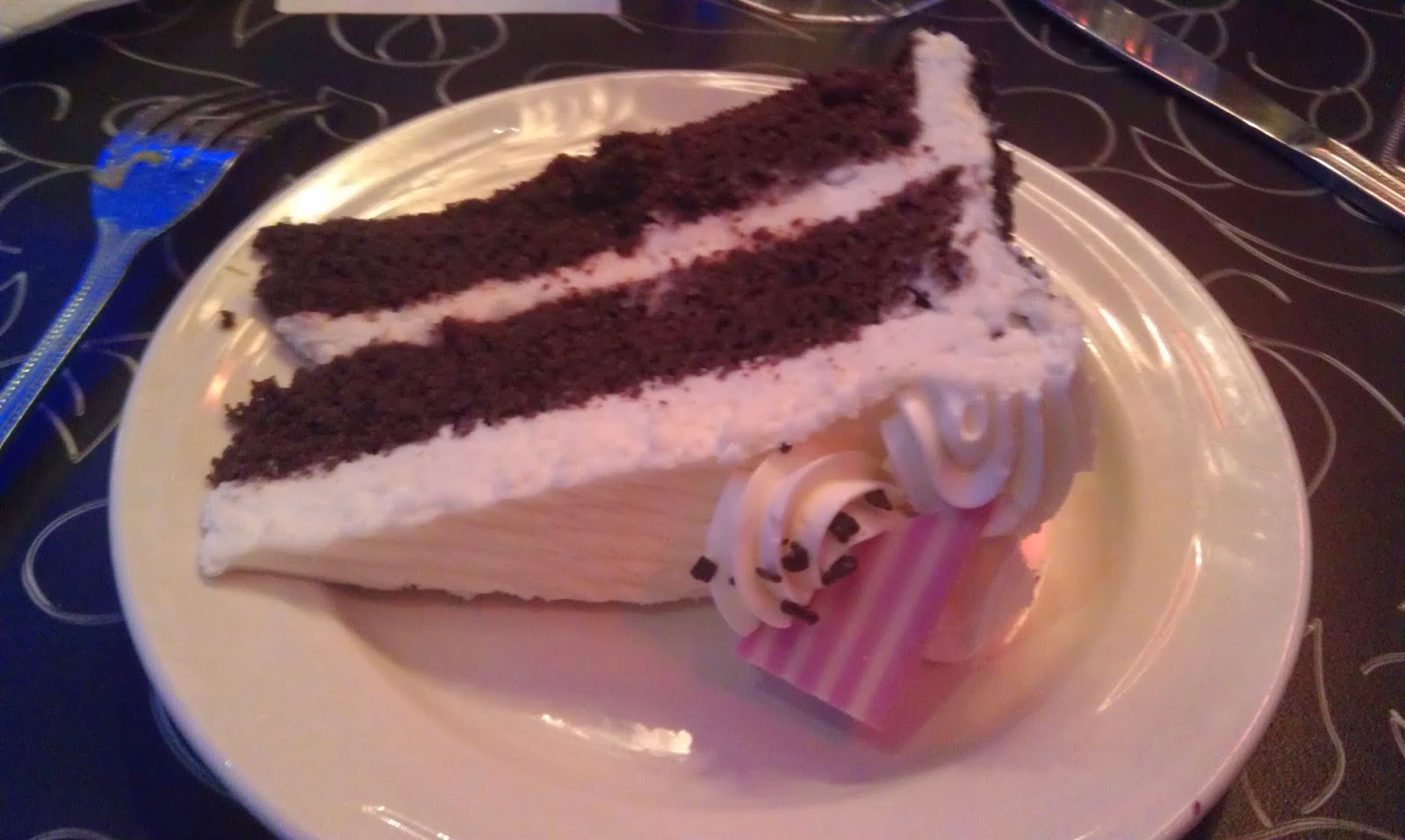 I also put down $20 on the Bengals / Patriots game.  I figured the Patriots were in a slump and the Bengals were quietly becoming one of the NFL's top teams.  Boy I got that wrong.  It was super hard to watch.

I pretty much used the last of what I was willing to wager on the trip that night and was still having minimal luck.  With a sinking heart, I went to bed fairly early.

First thing in the morning was I threw on my running shoes and ran through the Leppy Hills.  You can read about it here  Really a nice run -- I love exploring new areas and this fit the bill.

After cleaning up and sucking down a ton of water, I waddled over to the Montego Bay buffet.  For those keeping score at home, I pretty much ate 3 buffets for $25.  I could've gotten $9 knocked off the price of this one had I used my comps, but I'll save it for next time.

I ate pretty well, but being this was my 3rd buffet in 24 hours I was pretty full.  I did manage to suck down no less than 5 Pepsi's though.  I couldn't get enough of them: 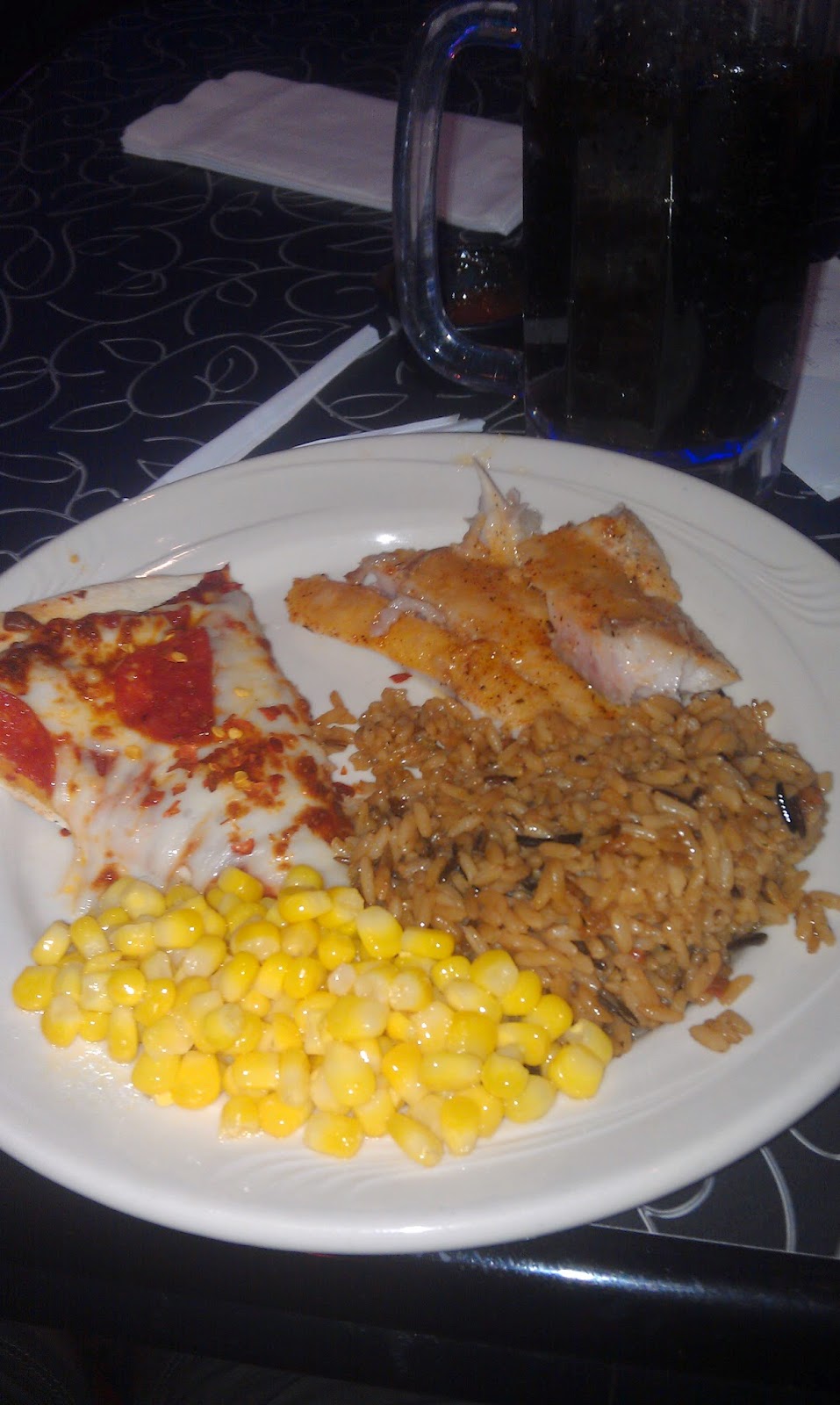 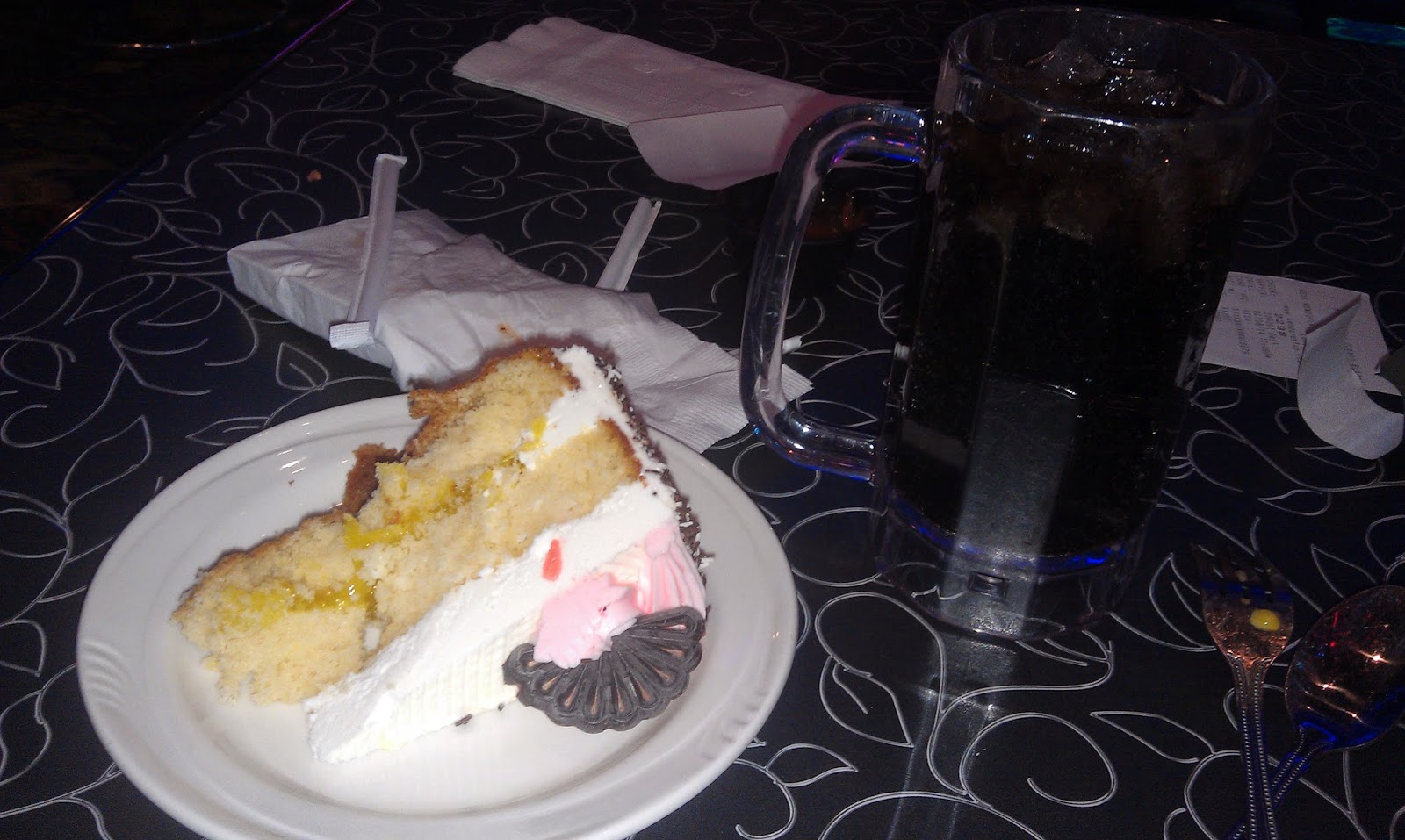 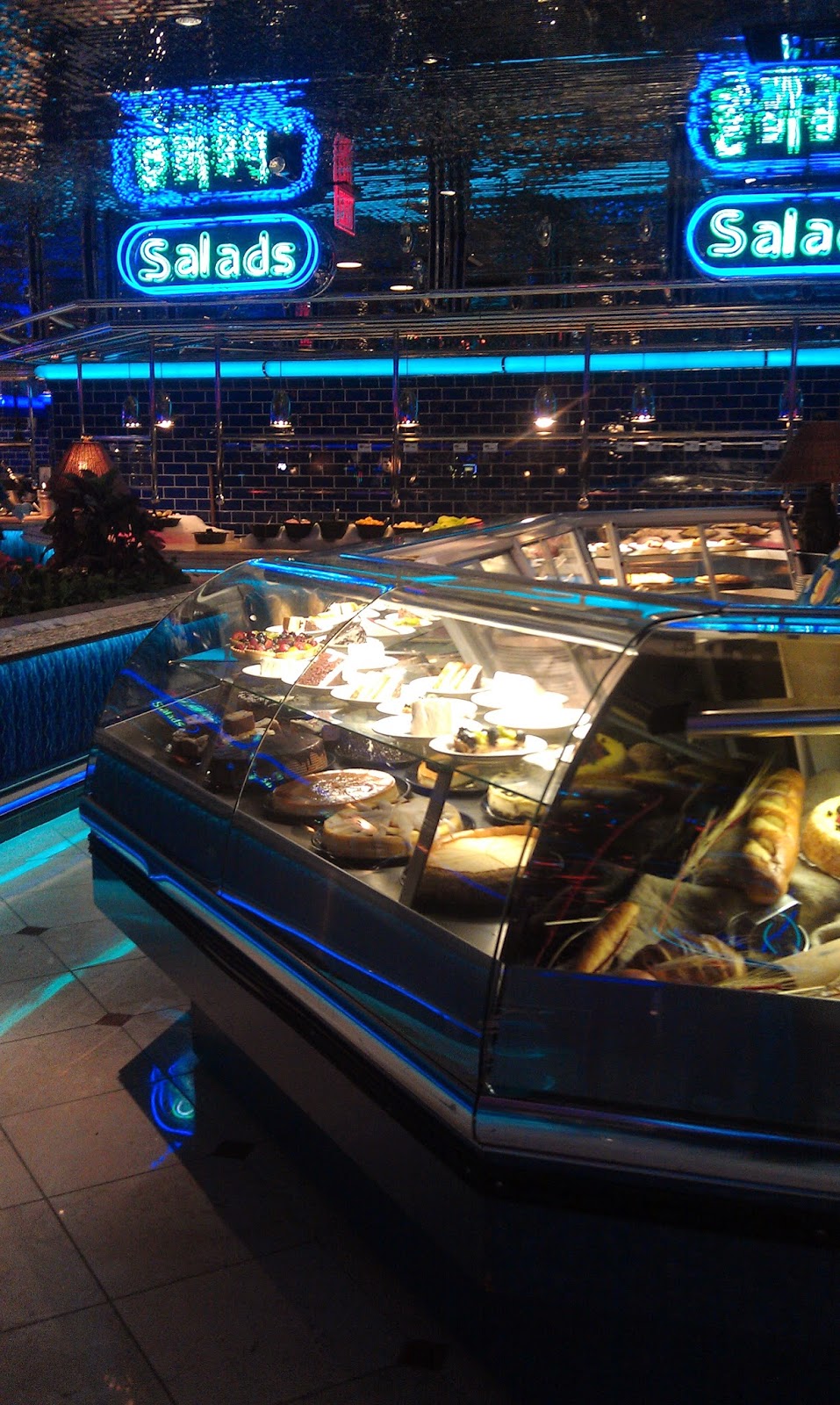 I was done gambling and it was hard to look at my favorite machines and not dump in the last of my dollars, but I was already feeling pretty crappy about losing the night before (I think I was down about $140).

I wound up lounging by the pool for another hour or so before packing it in.  I left around 3 and was home before 5.  I did see a moron who had taken their truck out in the salt flats out 15 miles outside of Wendover.  He was in the center median and had probably tried to cross it.  With the heavy rains of late, he sank clear up to the top of his wheel wells.  If I wasn't traveling at 83 mph I would've snapped a picture.  He was getting dragged out of the quicksand by a tow truck.

Despite losing, it was a good trip.  I wish I could've come home with a positive cash flow, but it was great to eat and get in a nice run.