This was still a pretty high mileage week, despite being only about 7 days from the South Jordan Marathon, which I am doing next Saturday.  I am looking forward to knocking out this marathon.  It isn't a super exciting destination marathon, but is a certified race and they put on a good show.  As stated before, I did their half marathon in 2012 and I thought they did a stupendous job.

I was really tempted to race this week.  In fact, I was so on the fence on doing a 5K or a 10K this weekend.  I am glad I didn't though.  My legs just felt sort of dead on account of all the high mileage.  Granted, though, this week I am going to cut it WAY back in order to have fresh legs for the marathon.

Normally the longest you run 2 weeks out from a marathon is 8 and 12 miles.  I ran 14 and an 11.  It is hard to resist the cooler weather, the nice colors on the bike trail and being able to really put in some serious miles.

On Friday night I passed by a race that was starting on the bike trail. I thought about going back home, getting some money and jumping in, but my legs just felt tired.  And this morning there was a GIANT 5K going on.  I inquired about it and it sounded like it was a charity event for a child with cancer.  They had a large turnout, although I didn't see a whole lot of serious looking runners.  It was also supposed to start at 9AM and I passed by at 9:05 and didn't see any runners following me, so I imagine there was a lengthy delay.

Pictures of the Week

The first picture is my "home" park.  This is about a 1/3 of a mile from my house.  I love the fall colors, which are just starting to hit the valley.  This is generally where I start my runs and end them.  Sadly they have turned off the drinking fountains in Taylorsville, but the ones in Murray are still going. 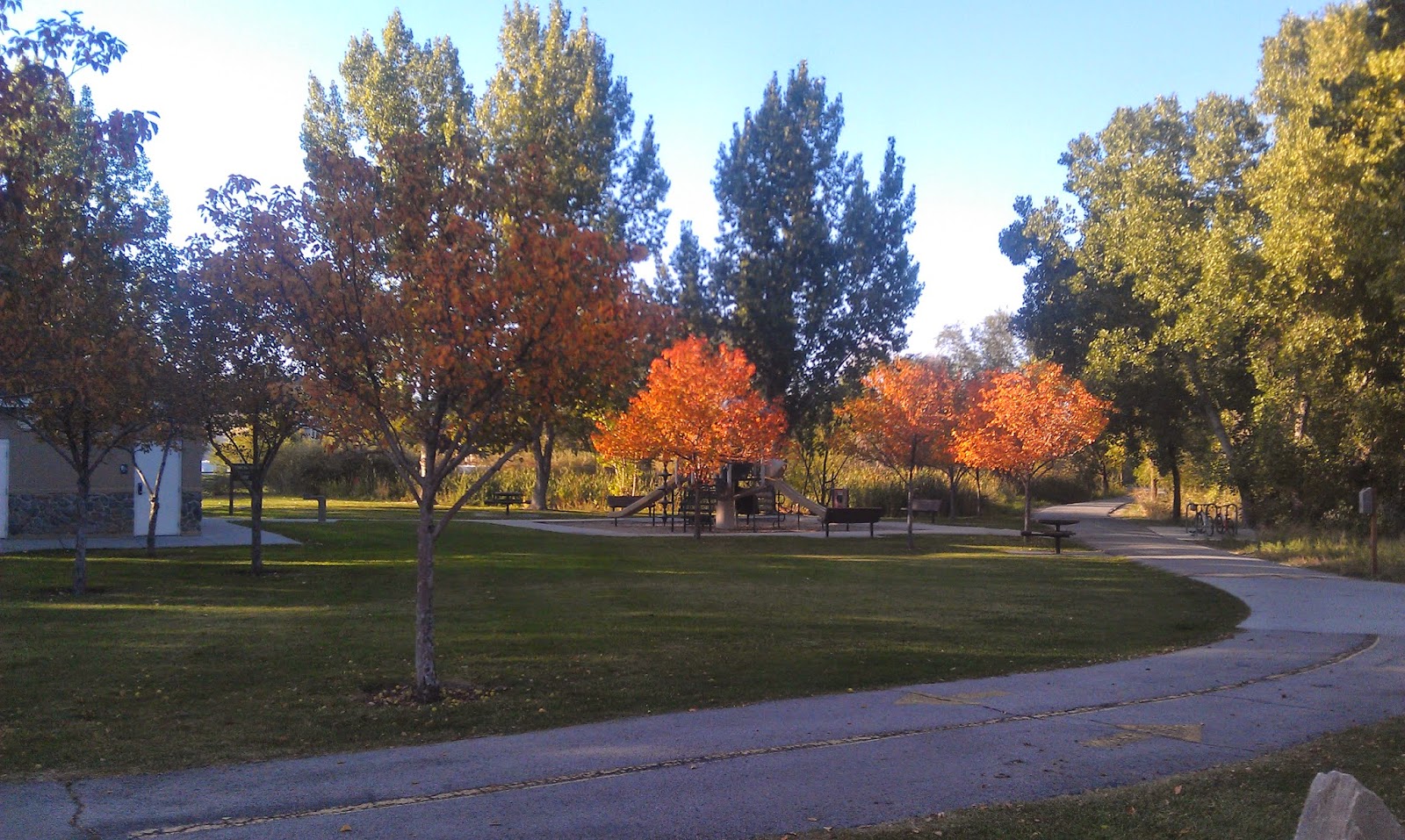 Here is the "big" 5K I saw about 45 minutes before the race start.  Looks like they went all out on this one and I am glad it paid off: 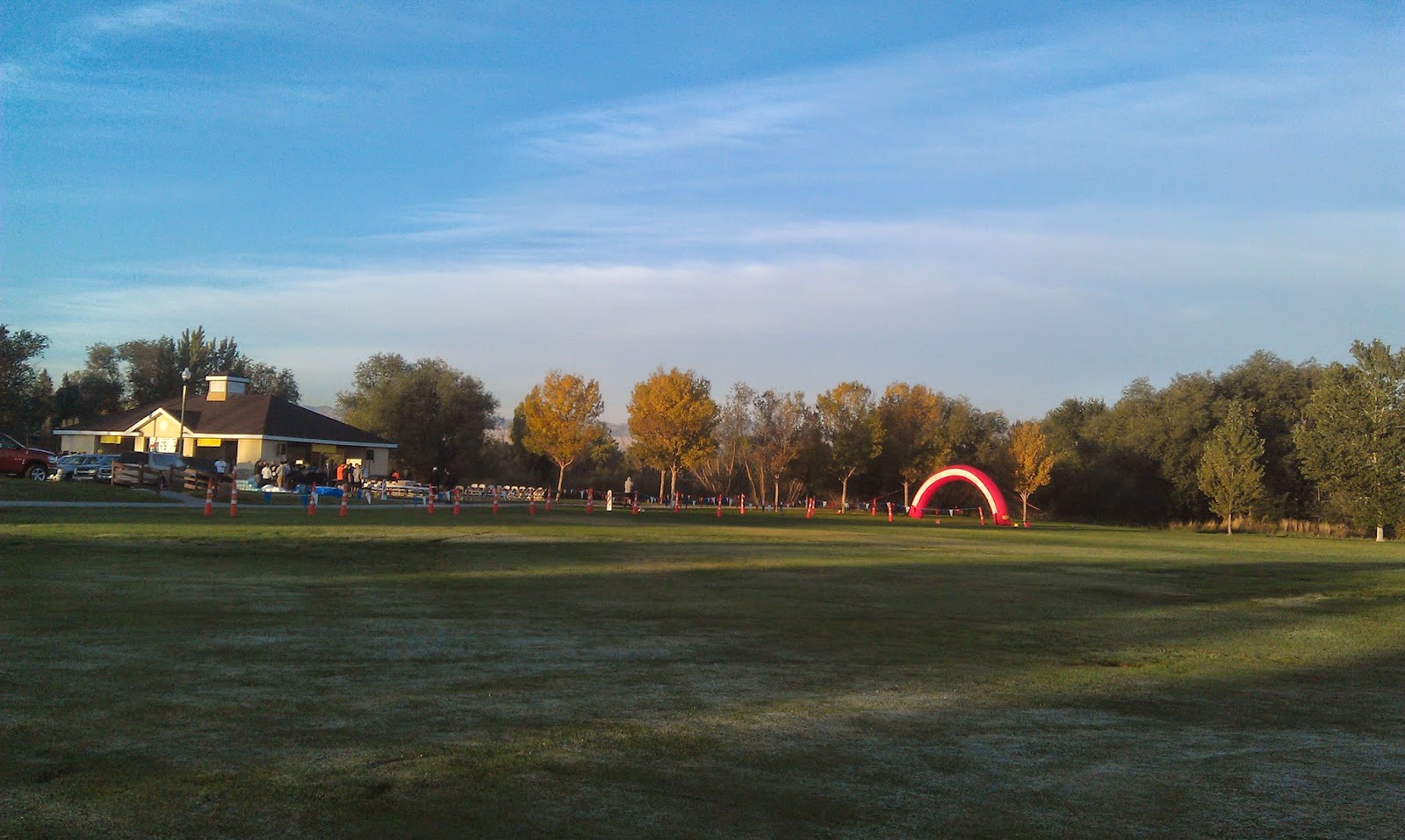