With the cool weather we've been enjoying and the fact that I was comped two nights hotel stay for the West Wendover Casinos, I opted to do another morning run.  Initially my goal was to start heading up Leppy Hills north of West Wendover and hook east around the backside of the mountains and come out on the Utah side along Aria Blvd.

Unfortunately, before I left for the trip I really hadn't studied the topography as much as I would like to have and there is a very real chance of getting lost out there.  Just a reminder for those not familiar with the area: there is NOTHING out there. No one. No water, no bathrooms, no cell phone connection (except in limited spots, I did manage to get a weak signal at one point) and no people.  You are quite literally on your own out there.

You can also read a bit more about Pilot Peek on Wikipedia. It has some historical importance, which I didn't know at the time I was running.

First off, if you want to see the first couple of miles I would recommend you look at my previous post, located here. I've captured it plenty of times and I don't need to post redundant pictures.

Secondly, this route is TOUGH.  I took off from Montego Bay and enjoyed the downhill for about .5 mile before the ascent up into to the mountains.  I was running at about 4347 feet and by mile 3.5 I was sitting at 5701.  The next 3 miles drops you down to 5100 and then you have to go all the way back up to 5700.  My legs felt like jello.

My run was about 13 - 14 miles long.  I had paused my Garmin at one point to take a rock out of my shoe and .5 miles later I remembered to restart it, so I definitely went further than 13 miles.  Here is the Garmin capture: 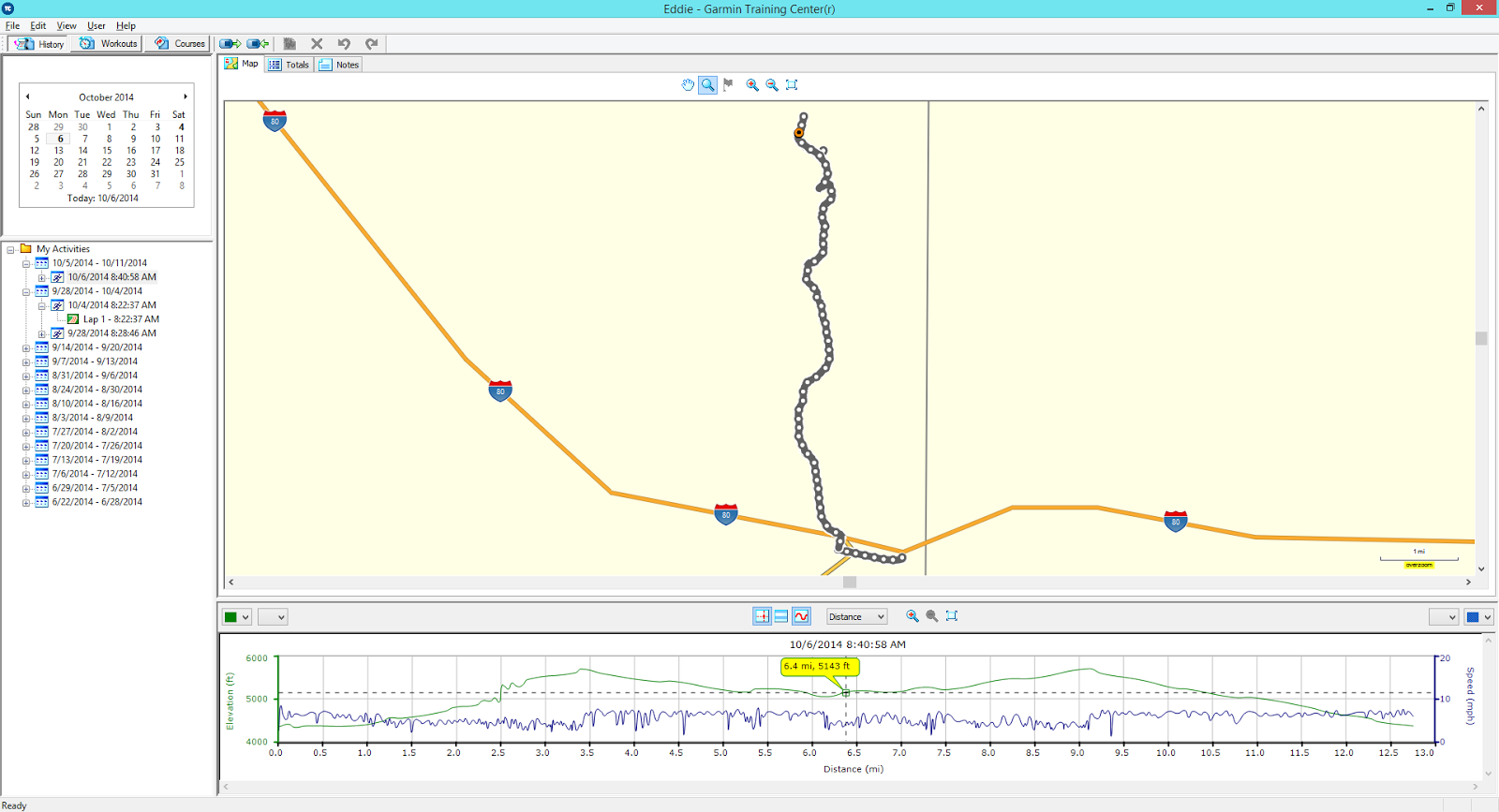 I followed the dirt road out of town and even had a guy from the ATV rental place pass me by on his way to (presumably) work.  I am sure he doesn't get many visitors out there and one would guess even less on foot.

I had loaded up my fuelbelt with 28 ounces of Powerade.  I figured I wouldn't need that much, but brought it anyway.  I am glad I did, because I went through every drop and could've used much more.  While the air temperature wasn't too bad, the sun was blazing.

After passing the ATV rental spot, I didn't see another sign of anything living for a good hour. 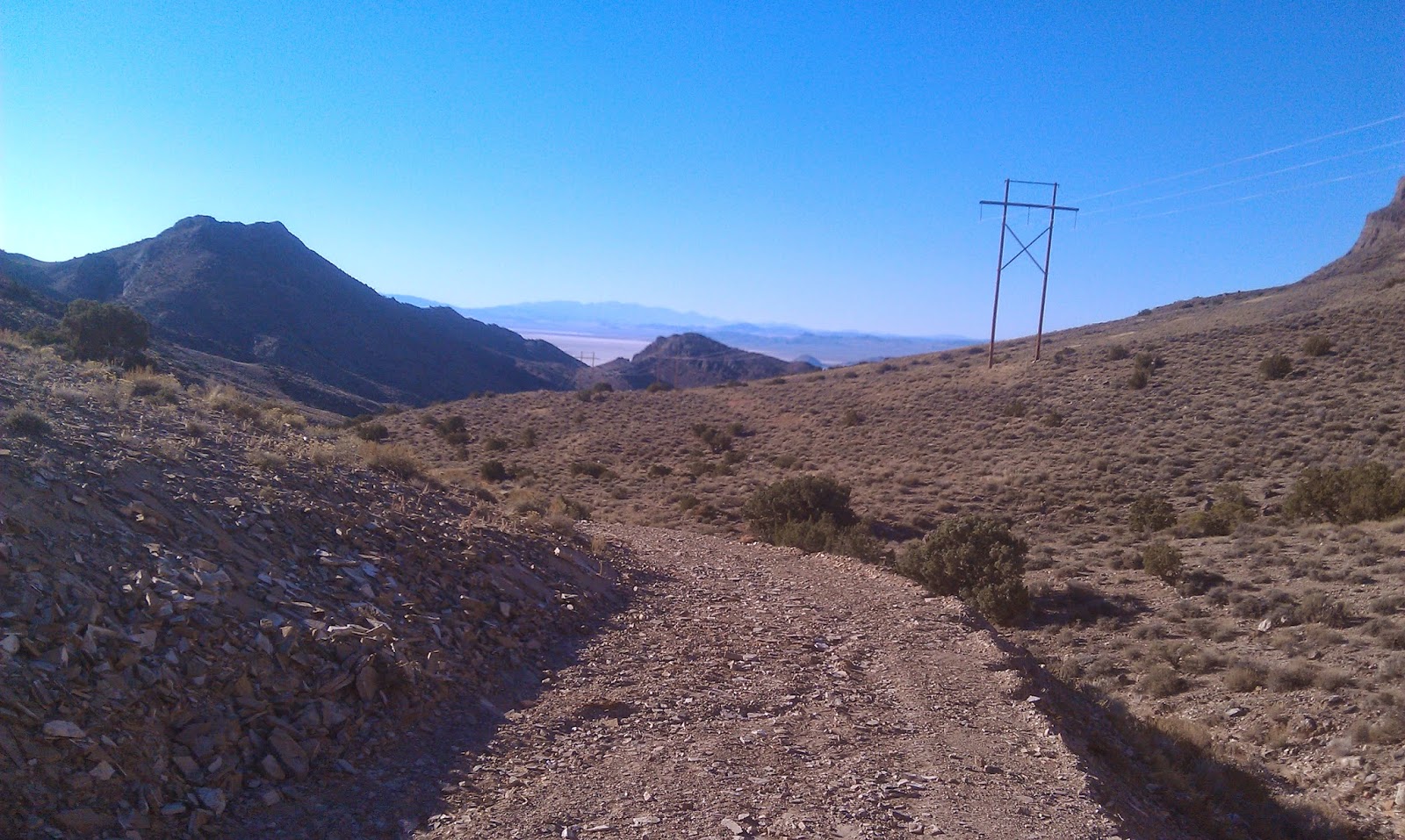 The Turn Around Point

After about 6 miles I ran into the Leppy Valley and was treated to some glorious views.  I really wanted to go further but given the rising temperature, my dwindling supply of Powerade and the fact that I told people if I wasn't back in town by noon to call for help, forced me to turn back.  I am glad I did because I used every drop of water I had.

Granted, I could've refilled at the Leppy Hills Park but that is only a mile from the town itself, so it wouldn't have done any good. 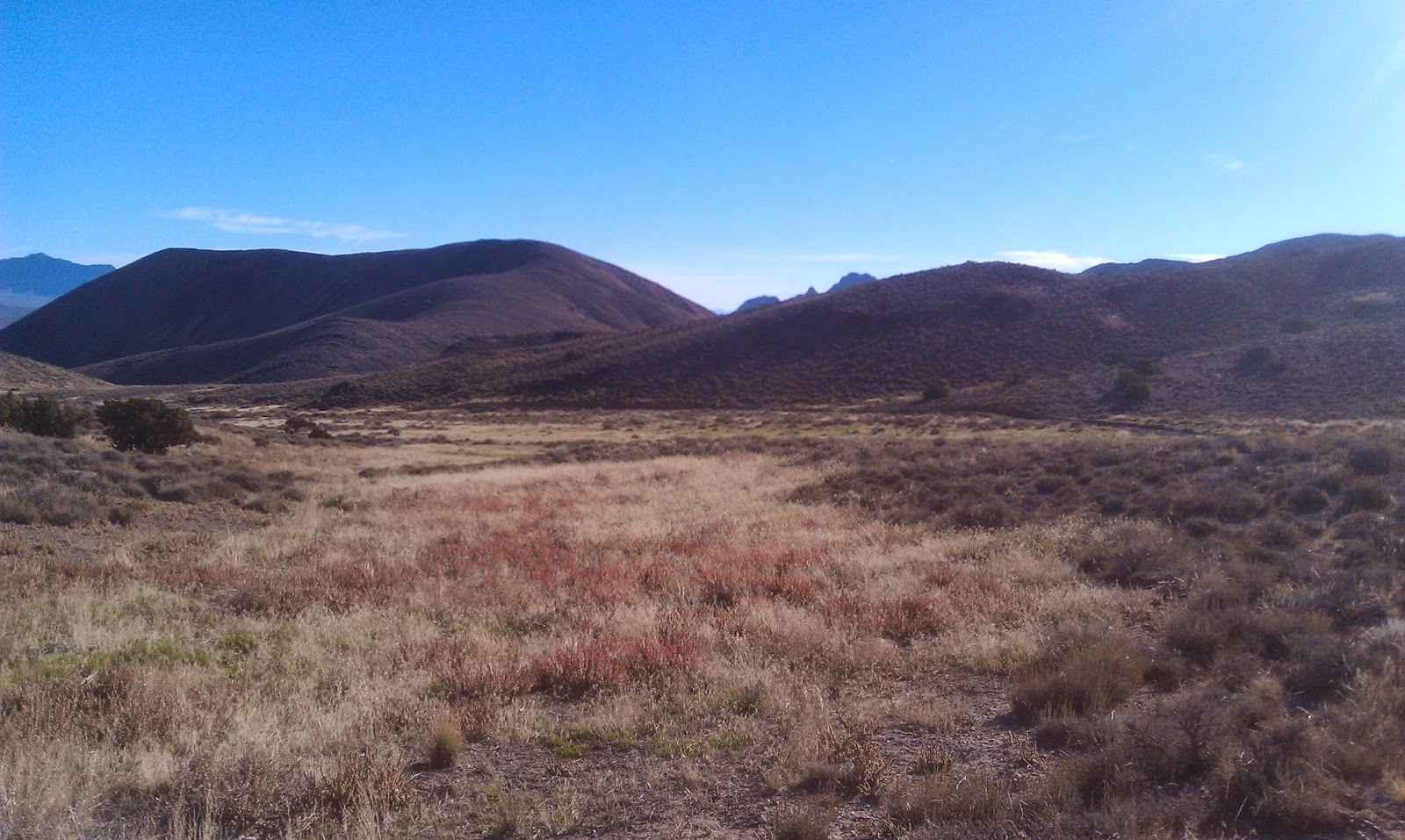 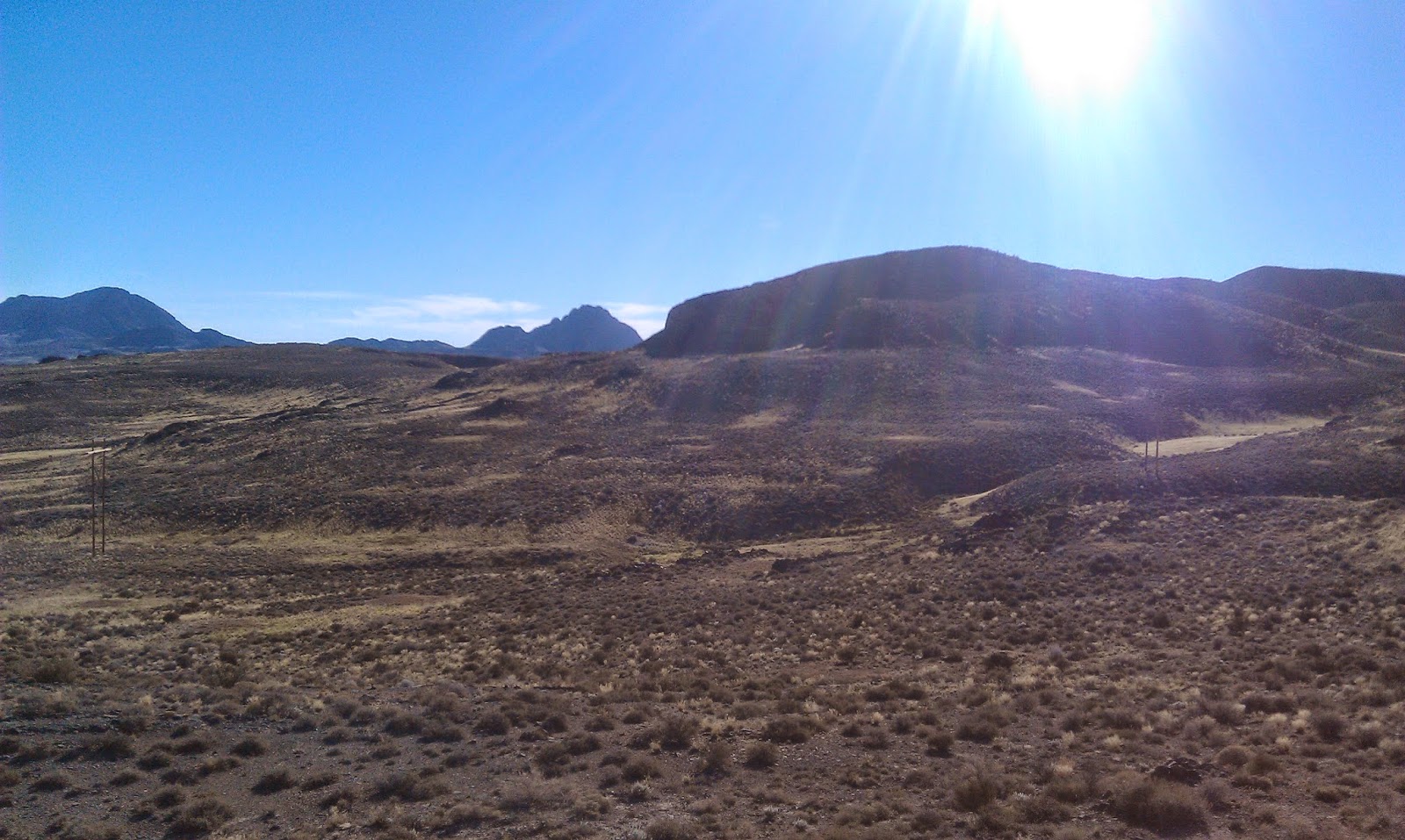 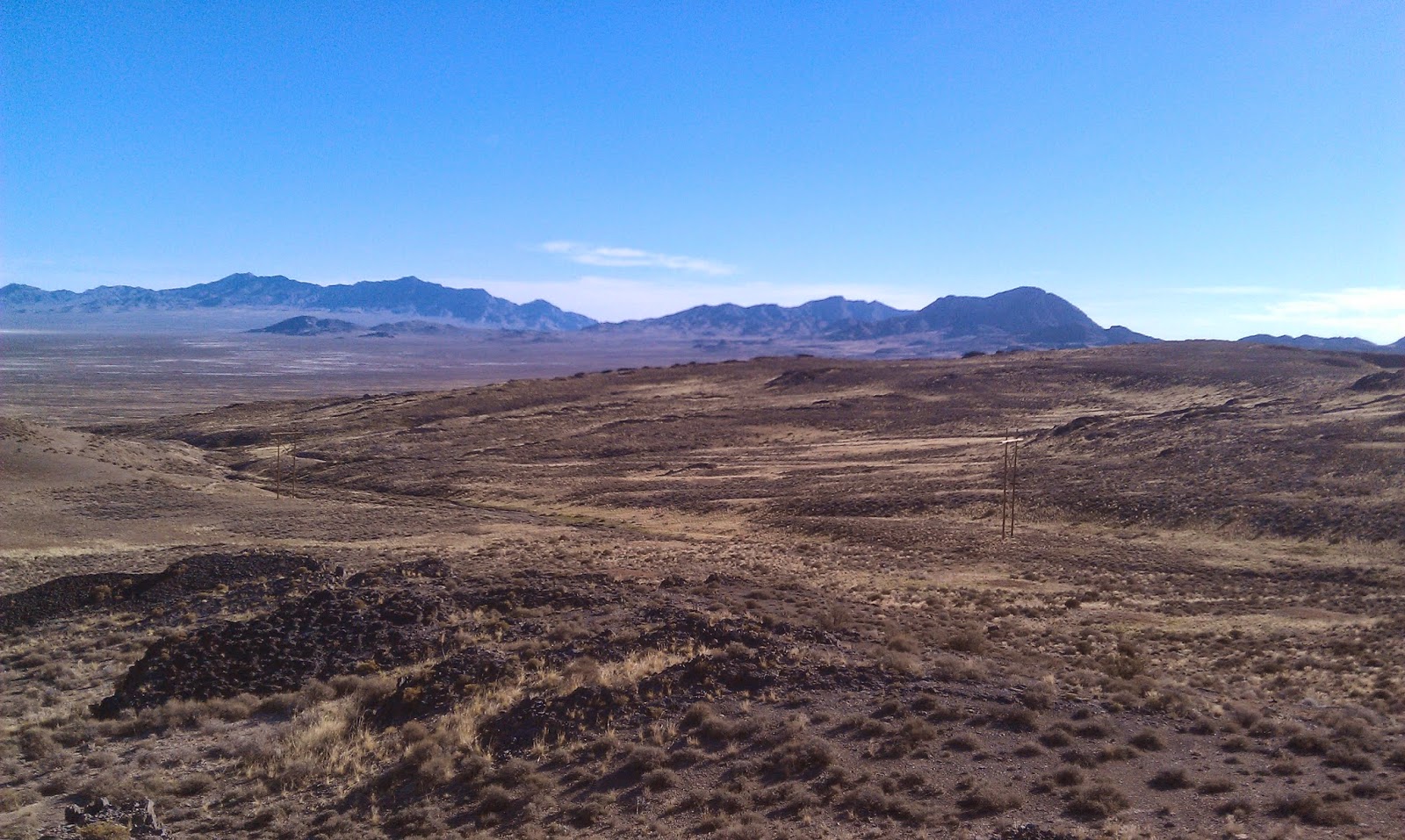 After taking in the scenery I debated on going to Leppy Reservoir. I felt I could make it, but knowing I have a marathon in 2 weeks and was already hovering around 7 miles, I wisely chose to back off and return back. If I make another trip up here, I may drive to get a bit closer as well as pack more fluids.  I couldn't believe how fast I went through them.

I wound up falling once.  It was sort of a bad one too.  I misstepped into a crevice and went sprawling.  Not good when I have 5 miles to go and at least 3 back to the ATV rental place.  My phone and room key went flying, but luckily no damage done other than a sore shoulder, which went away.

I also had a brief scare.  On the way back the trail forked.  I wondered which was to go.  Luckily, there are telephone wires (or electricity poles) out there that lead back into town, so I knew that so long as those were in site I'd be fine.  I opted for the trail that went left but it thinned down and I saw a wreck of a car in the weeds that I hadn't seen before on the way out, so I knew I had chosen wrong.  I caught across the field and found the right trail that was wide enough for a car to go on and I remembered many of the places I had had to jump before.

Finally here is a video I took looking at the entire valley: