Fun Stuff in and Around Salt Lake City 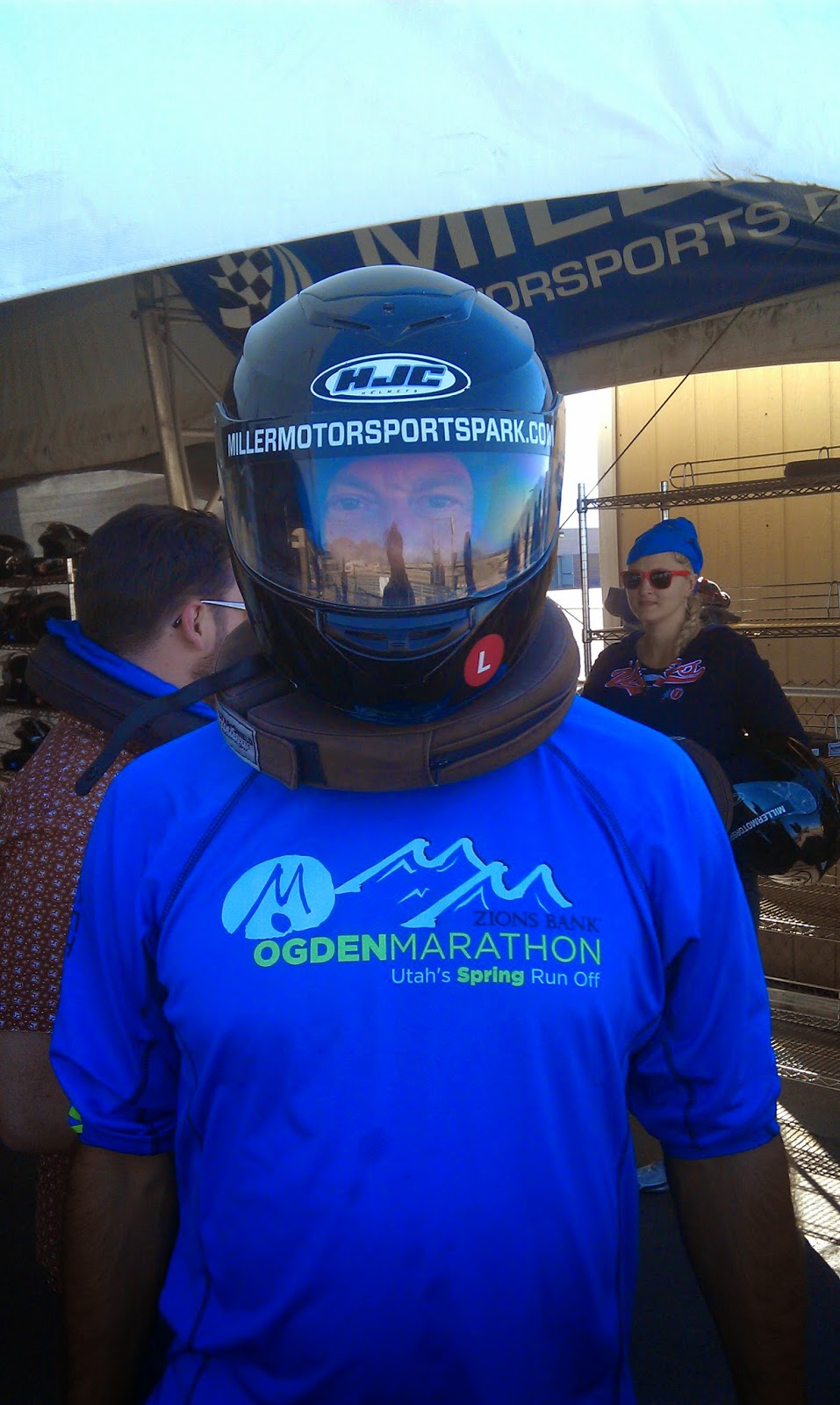 I do a lot of other things besides hit up Wendover, go for hikes and talk about my latest running adventures.  I do get out and try to have a bit of a life and try some different things from time to time.

It is easy to get into a rut and before you know it, you are sitting around watching reruns instead of making life memorable.  I recently did a few things that are noteworthy:

A friend of mine told me that one of the Catholic churches in Cottonwood Heights has a every-other-week bingo game that they hold on Friday nights.  With not a lot to do, I figured why not.  I could sit with a bunch of gray-haired women and gamble -- in Salt Lake City!

Well, I will say this: there weren't just gray-haired women there.  St. Thomas More Catholic Church opened their auditorium for a Friday night bingo game (with the proceeds going to the Church).  I rolled in around 6:15, ponied up about $13 for my sheet of bingo cards, $1 for a special marker and another $5 for some Kaboom! cards.  In addition to the joy of playing bingo, you do get a small dinner (for me it was an appetizer).

The hosts at the church were extremely generous and helpful in every way.  I would estimate that they had about 75 - 100 players -- probably on the lower end.  The age range ran the gamut, from 20-somethings to senior citizens.  It was mostly women but there were quite a few men in attendance as well.

The game is pretty easy to follow and they don't just do plain old bingo.  They have games were you have to fill in different patterns and even a game with a large jackpot if you fill your entire card within 50 numbers. 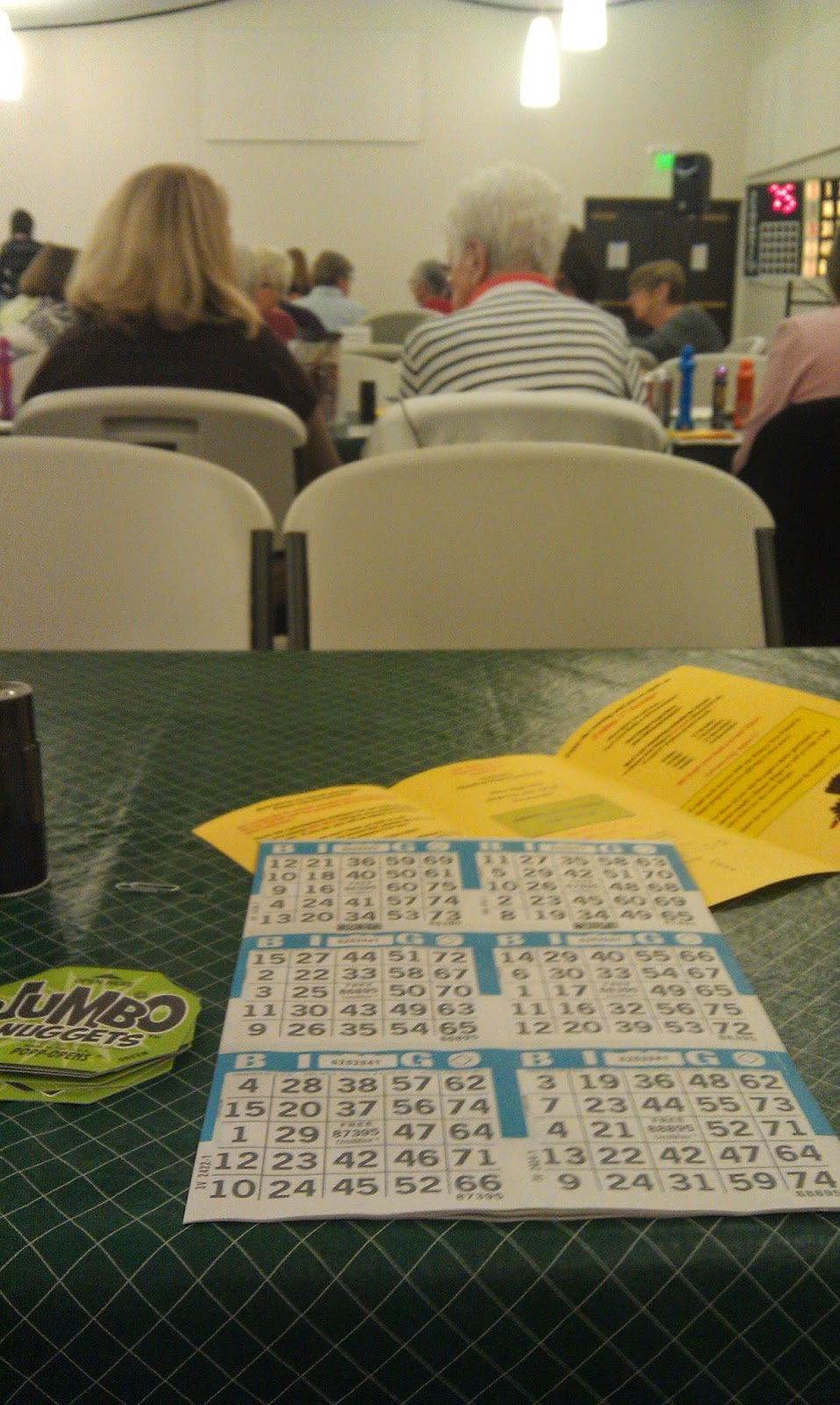 Sadly luck wasn't on my side at all.  I think I came close to winning once.  Each game only pays 25 "points" so if multiple people win, you have to split the pot with them.  So the jackpots aren't that big.  At the end of the night you turn in your "points" for dollars -- at a one to one ratio.  I suppose they have to use the words "points" to get around the anti-gambling laws in Utah.

The Kaboom game (they had two of them) offers a different type of card.  These games cost additional money to enter and had higher jackpots (I believe around $160 -- depending upon how many people bought into the game). You basically open the card and it had 9 numbers on it.  1 to 3 of them were "free" spaces.  The object was to get a blackout on one of your cards and you'd win the jackpot.  Naturally you wanted the cards with the most free spaces, but most of the ones you bought had only one or two.

I found the game fairly tedious and semi frustrating.  It was fun but Bingo clearly isn't my game of choice.  It was a night of cheap entertainment though and if you are looking for a social event, this is worth checking out (even if you aren't terribly religious).

Located a few miles from my house, I took the opportunity to visit this restaurant.  To be honest, the exterior doesn't look like much and you might at first consider skipping it figuring it to be yet another generic Asian food place.

But you'd be wrong.

I am very happy to report that this place was a winner -- and I do intend on going back.  They have a large and extensive menu filled with all kinds of items (including a LOT of vegetarian).  While Chinese may be a bit too broad for the food served here (I sensed a bit of Thai / Vietnamese influence), they offer large portions at fairly reasonable prices (about $10 - $15 per entree).

I got the Szechuan tofu and it was like a party in my mouth.  Just spicy enough to make it entertaining, but not painful by any means.  Service was prompt . I ordered and was expecting a significant wait (it wasn't crowded) but it seemed like the lady disappeared after taking my order and literally a minute or two later came back with a steaming plate of food.

If you enjoy Asian food, this place should be on your list to check out. 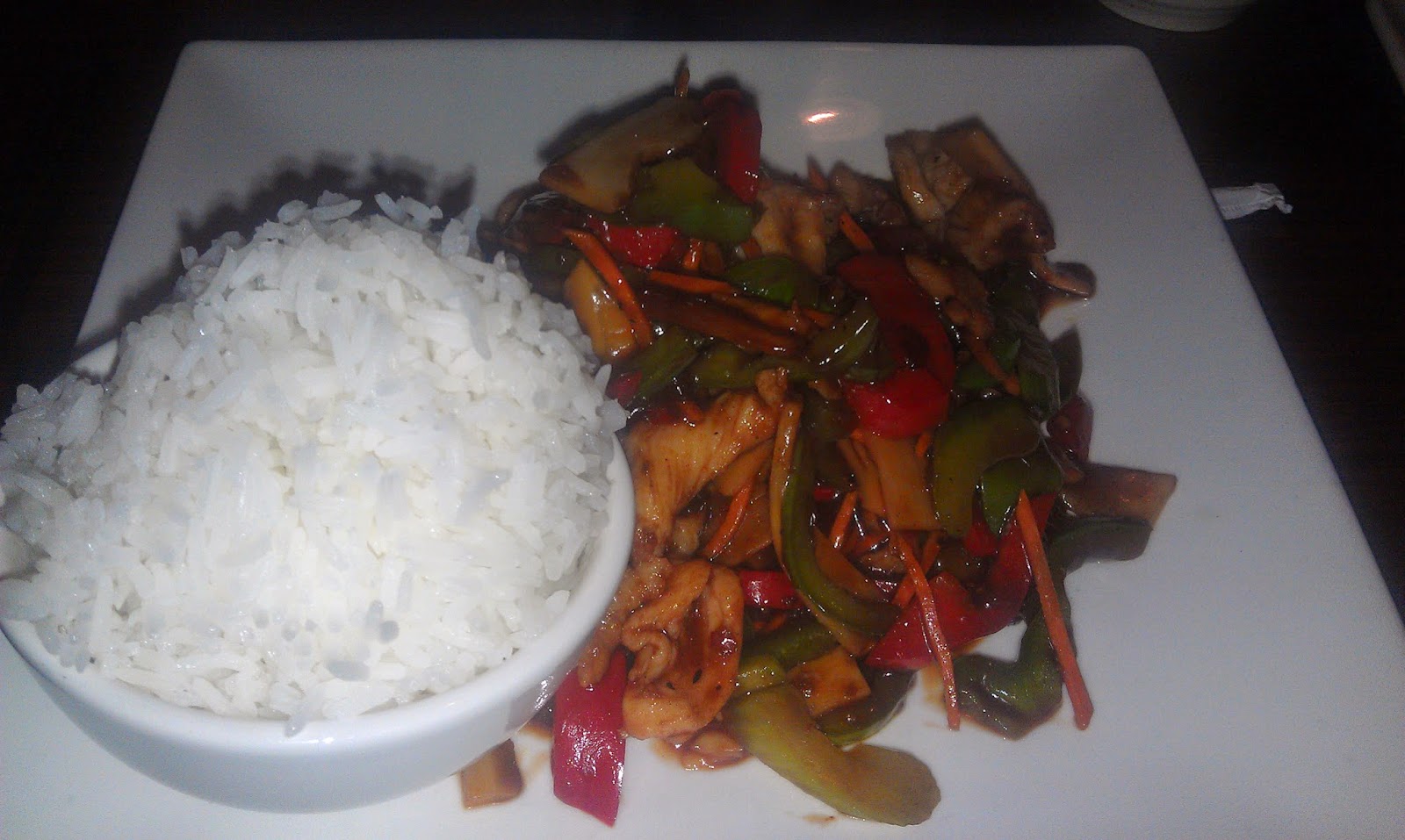 On Thursday our company had a team outing and one of the favorite choices of the group is to head out about 30 miles west of Salt Lake and go to the Miller Motorsports Park.  Tooele (pronounced Two-illa) is a growing town that was probably on the edge of civilization years ago.  Now it is a bustling suburb that seems to be growing rapidly.  I saw a ton of new housing developments out there (as well as some agricultural concerns).  It was also offsetting to be out there; normally when I look east I see the Wasatch Mountains -- instead I saw the Oquirrh Mountains and it took a while to get my bearings.

A good portion of the park is set aside for actual race car racing.  They also have another track dedicated for serious go-cart racing, which is what my employer rented out for the afternoon.

After learning the safety rules and getting geared up, we each had 3 races. Each race consisted of about 4 - 6 laps around the course in go-carts which I heard could go up to 50 miles per hour.  I am not 100% sure, but it sure felt fast and these cars had plenty of zip.  Generally each lap around the course took anywhere from 1 minute (for the best of drivers) to probably 90+ seconds (for slower folks like me).

It took me a while to figure out and get comfortable with the car and by the last race I was taking the corners a lot more aggressively.  I still suck at go-cart racing and I think I just missed the cut-off for the final 4th race to determine the grand champion.

Despite being about 4 - 5 miles from the Great Salt Lake, we could still smell the salt air (not terribly pleasant).  We had perfect weather though (mid 70's and sunny) and it was a very enjoyable 3 hours.

My heart sank though when we left and I was "only" 80 miles from Wendover.  Sure would've been nice to go there for dinner...