Friday: Shari and I rolled into Vegas a little after noon.  To save me a trip later, we headed straight to the convention center to pick up my marathon bib and packet.  I think it has been since the early 90's when I worked for the now defunct Mindcraft Software that I've been to the convention center.  I don't remember much of it other than it is on the east end of town, right off the strip.  Getting there wasn't a problem and while parking was slightly cramped, we managed to get a free spot and picking up my bib was a painless event.

I spent some time shopping the aisles.  I was tempted to buy a new pair of discounted Brooks shoes, but to be honest they weren't much differently priced than the ones I've bought at the local shoe store.  Plus I had just bought a pair, so I really didn't need any new ones.  With money flying out the window for the house, it was best that I said no.  I was tempted to get a jacket as well, but once again, I already have a marathon jacket from 2010, so I am not sure what a new one would do for me.

The highlight of the trade show however was getting my picture taken with the flamingo girl.  I used to have to buy one of those photos -- back when they had them post race.

After spending an hour there we headed to the Mirage and checked in.  I liked our room but I guess I was expecting more.  The Mirage has always been an upscale hotel to me and my hopes had been set that we'd get a mini Aria room.  I will say that the room was large -- especially after paying a visit to Amanda's Harrah's room.

Shari and I did jump into the Buffet of Buffets from Harrahs.  They gouge the poor tourist on the weekend and for the two of to eat on any of their buffets for 24 hours was close to $140.  Ouch.  We started the process at Planet Hollywood and had breakfast at Harrah's and Flamingo.  I believe I was able to milk 4 meals out of it.

My luck pretty much continued Friday and when I went to bed I was up a few bucks.

Saturday: I high tailed it over to Flamingo and jumped into a $2-$4 spread limit game of Texas Hold'em.  I put down $60 and played aggressively with the first half and then tightened up with the last.  I wound up winning one nice pot, but a guy took me out with a straight flush against my two-pair.  Jesus.

I have to make a complaint.  Caesar's (or at least at the Flamingo) has taken away ALL perks for poker players.  Cracked Aces, gone. Bonuses for quads -- non-existent. That Straight Flush? Zilch.  I almost got up and left then and there.

The rest of the day went downhill gambling wise.  All my luck: just gone.

I concluded the day with some of Shari's friends at the Venetian.  We ate at Canaletto and I'll be honest, this was a good restaurant with adequate portion sizes.  For once, I didn't leave an upscale Vegas restaurant clamoring for more.  I had the seafood pasta and they did a good job with it and had generous portions of seafood.

I will say this about the Quad Hotel formerly known as Imperial Palace.  They have done a really nice job remodeling the place.  I hadn't stepped a foot in there since the early 90's because it was a pain to get in and out of.  Their "people flow" was spot on and I like the airy, walkway.  I think there's hope for that place.

I wound up hitting the hay fairly early while Shari got into Frank Marino's Diva Show for free.  I wanted to rest up for the marathon and to be honest, I was sort of anxious and in a surly mood (no thanks to my "outstanding" luck. 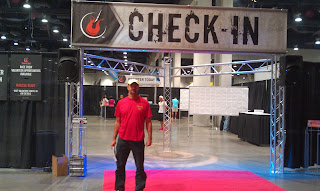 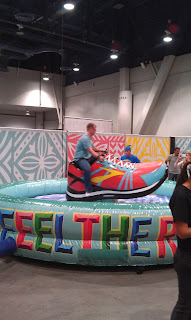 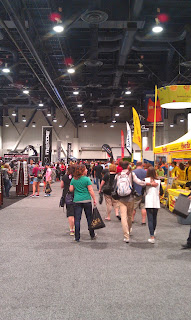 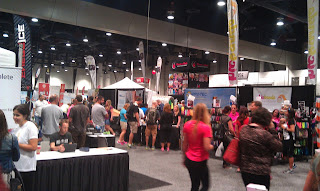 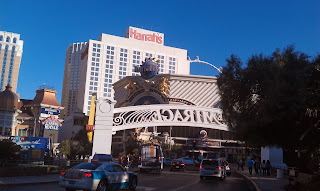 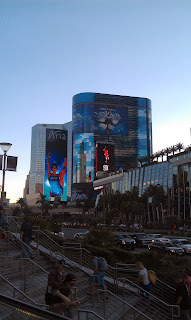 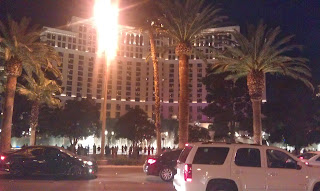 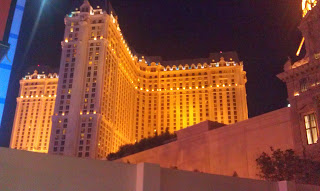 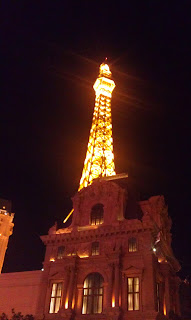 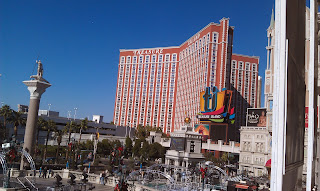 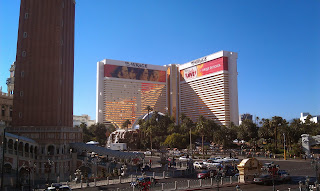 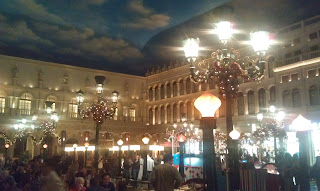