First off, I seem to be recovering pretty well from last week's marathon.  Normally, most recovery programs suggest that you do no running the first week after a marathon and ease into it the second.  I've never really paid too much attention to post-marathon plans, though; if I feel like running, I go for it.

So this weekend I did a pair of 8 milers at medium pace.  Finishing each one in about 72 minutes.

On Saturday I got up and hit my favorite bike trail.  My phone said it was 29F out, but when I got to my normal parking area my car read 23F.  I was dressed in heavy gloves, a sweatshirt, a skullcap, and of course shorts.  Immediately I raised a lot of eyebrows and even some remarks as I ran by other runners who were bundled up... shorts?  At that temperature?  I even had one other runner stop me and ask me if I was sane.  Lol.  I just said I was from Chicago....

I was 100% fine, although I should've double up on the undies.  Luckily there wasn't any wind going on, otherwise I would've been in a heap load of trouble.

Fearing all the snow on the mountains, instead of hiking I hit up the bike trail again.  Before I did though, I checked out our house that is under construction: they have doors on it now, the roof is about to be installed and I saw signs of insulation installation.  It still looks like I am going to be living out of a hotel in 3 weeks, but they are making progress.

Well I do plan on racing a 5K on Thanksgiving.  I just need to pony up a few bucks.  I'll probably do this one: Bountiful Thanksgiving Run.  I've done a lot of their races before and they do a good job.  I know the course as well.  I thought about doing the 10K but my legs really are in no position to race that.

As far as 2014, here is a list of races that are likely to happen in early 2014, in order of probability of me doing them:

That isn't all the races I'll do, just the *big* ones.

I did take some pictures of my run today.  Most of them I've posted before in some variation but it is sort of sad to see all the trees without their leaves, but I do like looking at the snow-capped mountains. 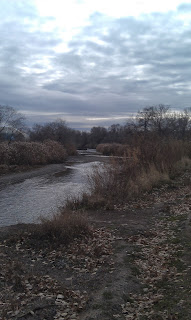 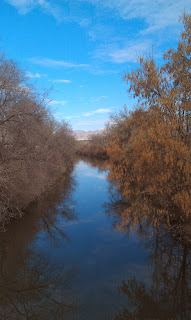 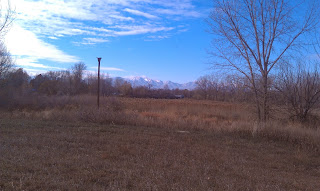 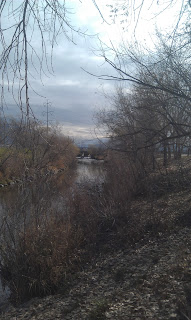