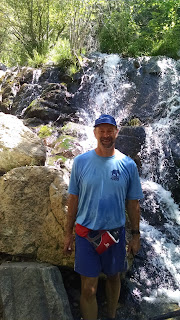 The other day I was looking for a new hike.  During last week's hike, I had gotten turned on to some of the trails in Farmington.  So I sort of went back to the well and decided to see what else was out there.  It was then I stumbled upon Farmington Canyon (or Creek) Trail.

This trail is located on the east side of Farmington, about 30 minutes north of my house.  It is also a mere 5 minutes off the freeway, so it was a pretty easy decision.  You can get directions to the trailhead by using this Google Map location.

There was a good amount of parking here and the trail did have people on it but it wasn't super busy.  The trail head is on the north side of the parking lot and involves a steep 15 yard or so climb before leveling out.

The trail is a steady climb but not overwhelming.  It was a good workout but it wasn't a quad burner by any means.  The trail was actually easy to follow and well traveled.  In fact, this would be one trail that I would certainly consider running on.

Heading eastwards (you can follow along on my Garmin route), you are in partial shade most of the way.  You'll also hear the babbling of Farmington Creek, often times well below you.  Skyline Drive -- a dirt road that wends its way up to Frances Peak is above you.

After about .9 of a mile you'll come to the first set of falls.  It is a bit of a grotto and when I visited there was a good amount  of water coming down.  It wasn't anything like Adams Canyon, but a place to easily relax after a fairly easy hike.

Crossing the stream you head further in and you come to Corduroy Creek after about 1.75.  This is another very small waterfall and a more secluded place.  Along the way you'll be treated to views of the Great Salt Lake, the Farmington valley and some decaying cars that went off the cliff above you.

At Corduroy Creek the trail splits.  I presumed the north fork would go to the campground, so I opted to go south and east and continue to hug the Farmington Creek.  After a very short distance, you come across the Farmington Falls.  They are spectacle to see.  Someone had attached a rope to a very steep decline to get to the base of the falls, but I wasn't feeling particularly brave, so I passed.

The trail also forks here, continuing to hug the river.  Taking the main attribute takes you to Sunset Campground.  There you will find a very stinky bathroom and likely campers.  This is about 2 miles from the start of the trail and according to my Garmin, about 1000 feet of climbing.

At this point, I opted to turn around and come back.  All told, the trip took about 2 hours, including breaks and picture taking.  One can certainly do this trail a lot quicker though.

I didn't see any wildlife other than an occasionally snake or lizard.  One should be careful on this one for rattlesnakes, as I suspect it would be prime territory for them.

The trail is mostly shaded but is probably best attempted during cooler temperatures.

This was a very enjoyable and surprisingly pleasant hike.  I would definitely do this one again. 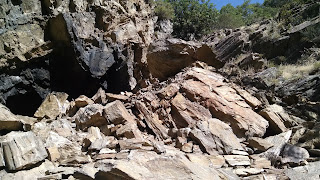 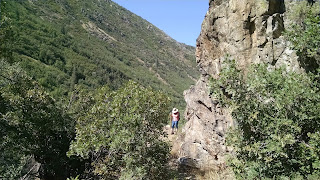 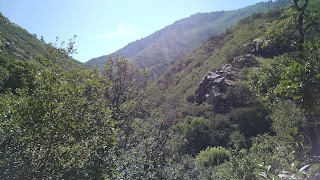 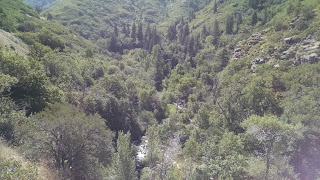 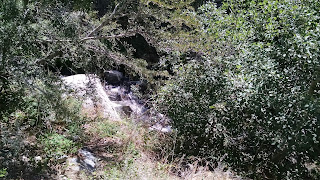 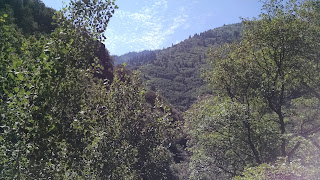 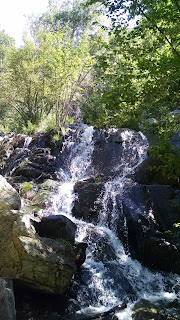 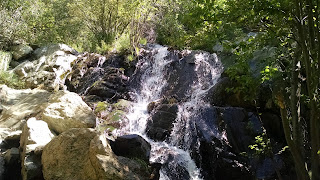 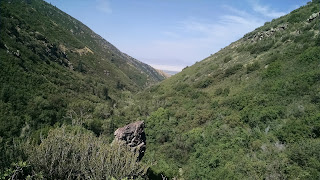 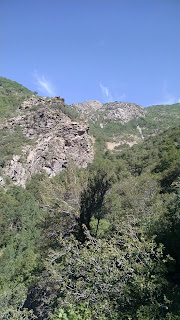 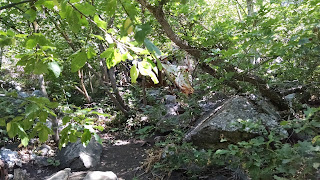 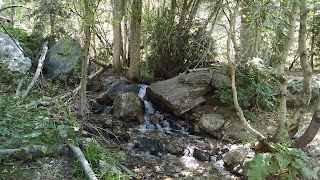 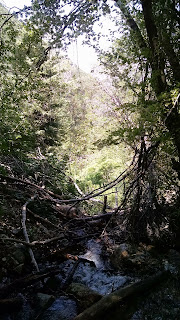 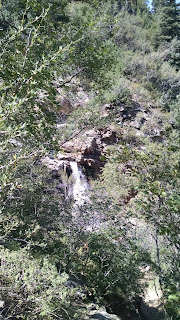 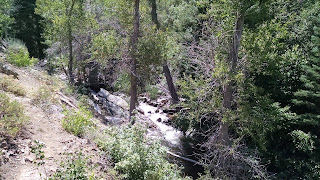 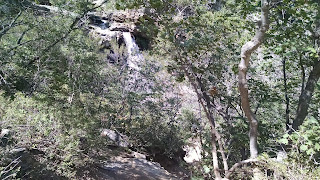