This was another pretty solid week of training.  Given that I am about two weeks (as of this writing) from marathon #17 the mileage is a little high but given the nice weather, I opted to run a bit more.

I had an incredible run on Sunday.  I am not sure where it came from since the day before I raced nearly 19 miles.  Some days the running gods smile upon you and for whatever reason I was in the groove.  I didn't have a watch or Garmin (I rarely run with one anymore) but the pace felt frenetic and gave me a lot of confidence.

The rest of the week, however, was a bit of a challenge. Despite the motivation to run, I just largely felt dead and tired.  I think the high mileage weeks are catching up with me.   I kept saying to myself "I need a quality training run" and meant to do some intervals or some sort of tempo run, but my legs were just flat all week.  Couple this with some rather warm weather and it just sort of sucked the life out of me.

So this week I am aiming to dial it back a bit in terms of volume.  I'd like to hit in the upper 30's or very low 40's.  I really need to be 100% for my Ogden Marathon, which is less than two weeks away.  If the weather cooperates I'd like it to be my "goal" spring race.  I am also starting to get a little bit of runner's knee and my hips have been sore.  So I definitely need a down week.

I am still doing more core work and hip exercises after nearly every run.  I feel it makes a big difference.  I have a tendency to look at my feet at the end of a race, which ultimately affects one's form and the ability to get maximum oxygen.  By having a stronger core, in theory, means, that I should be able to hold optimal running form even late in the game. 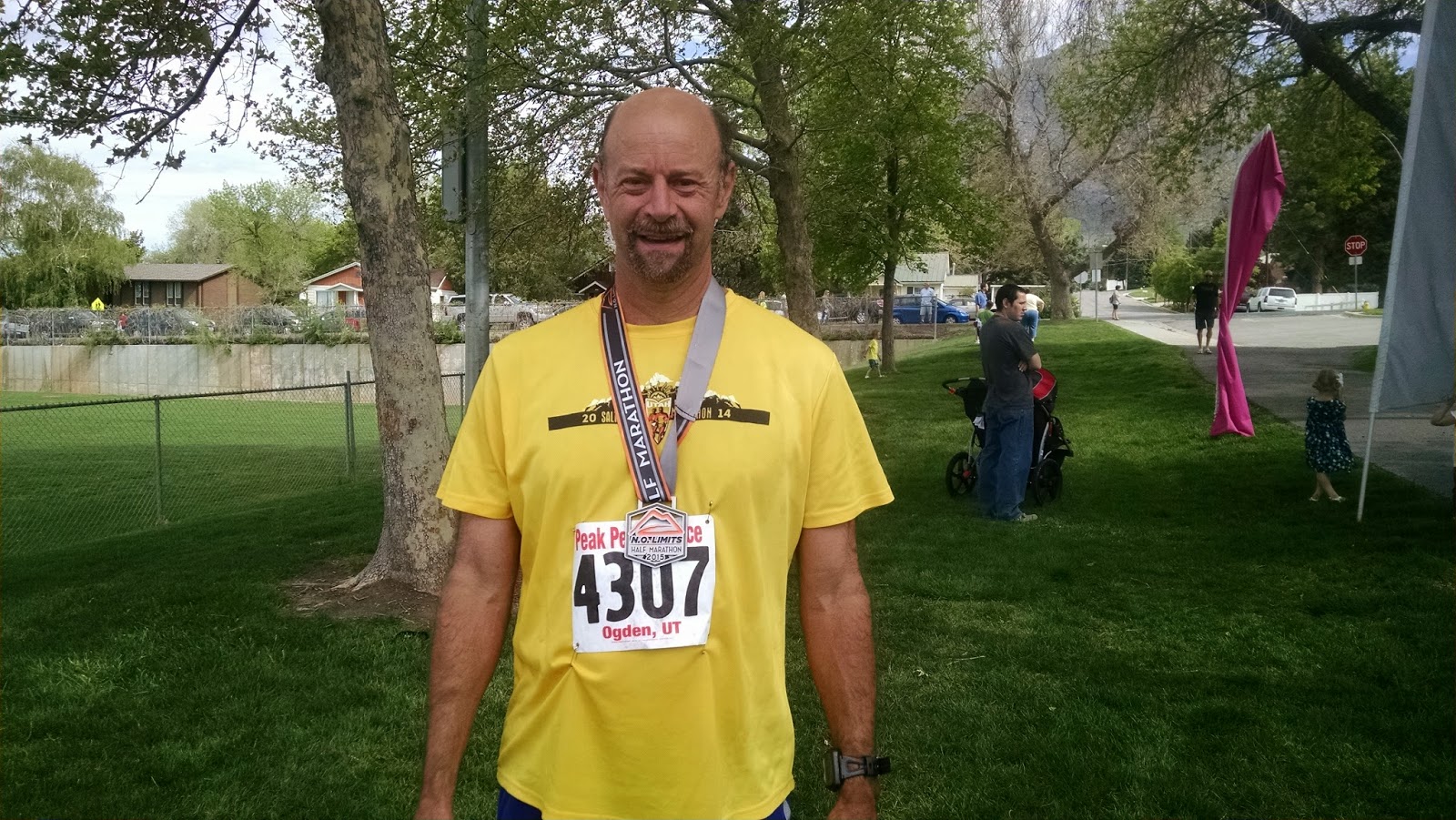 I am still on the fence as to whether I want to race this coming weekend.  I know I shouldn't, but there is a little voice in my head saying to go for broke.  Despite the cost of racing, I do get a lot of satisfaction out of competing and doing things.

This coming weekend there are a TON of races.  Looking through the calendar I was hoping I'd find a 10K but there are a bunch of 5Ks and a half.  Believe it or not, I am entertaining the thought of doing yet another half (I think I've made the 3rd or 4th level of half marathon maniac so far this year).  I do have a very full day planned this coming Saturday, including a Bret Michaels / Poison show in the evening.  So we'll see if my racing insanity gets the best of me.

Here's my schedule though: