After another 7 mile run in the morning, I was eager to do SOMETHING instead of sit around the house all day.

It was another beautiful spring day in Northern Utah and while I knew the upper reaches of the Wasatch Mountains were still pretty much off limits because of the snow, I did decide to try and find a trail that was in the lower reaches but still afford a bit of a challenge.

In my past trips up Little Cottonwood road I've spotted a number of cars parked about 2 miles up the canyon road.  There is a creek that runs from the top of the mountain to this area and it is usually an idyllic spot for people to gaze upon the waterfalls or have a picnic.  I used Google Maps and found a trail on the other side of the creek called the Little Cottonwood Trail.

Upon arriving to where a bunch of cars were parked, I spied the trail on the other side of a roaring creek.  Now the problem: how to get to the other side.  I do know that some people start at the base of the canyon and work their way up.  Others, somehow get across here.

I saw a couple of people cross the creek via a rounded steel pipe, about 18 inches wide.  One false step, however, resulted in a fall of about 6 feet to jagged rocks below.  There were some cables to hang onto, but knowing my balance, I knew I'd be lucky to make it.

I jumped to the creek side and noticed that while the water was moving pretty fast it wasn't dangerous.  I took off my shoes and socks and went in.  It was icy cold, but I think as a runner you get used to a certain pain threshold and I actually found it very comforting.  30 seconds later and water up to my knees (I was in shorts) and I was to the other side where I dried off on a sandy beach.

I headed east on the trail.  It was a gentle climb and highly runnable.  I number of dirt cyclists were on it as well as the occasional runner.  Sadly it wasn't the most serene walk, on account that you could hear the cars on the other side of the roaring creek.  In addition, it looked like a stoner hangout as there was some odd graphitti and just some stoner-looking teens about.  This area is also a high tourist area as well spotted a lot of people with accents or who weren't locals.

Either way, Shari and I walked about a mile up.  Again this was an easy trail and the climb was very gradual.  We did hear a rattlesnake as we passed by, but he quickly quieted down when we stopped and left the area.

The way back down was naturally a lot easier.  We almost decided to cross via the steel pipe, but again, I didn't want to chance it.  I made it across the stream very easily but Shari wiped out (she opted to go in with shoes and it gets deep right away on that side and panicked).  She was able to shake it off, but I wished I was recording it, because she was pretty much sitting in the icy cold water cursing a up a storm... 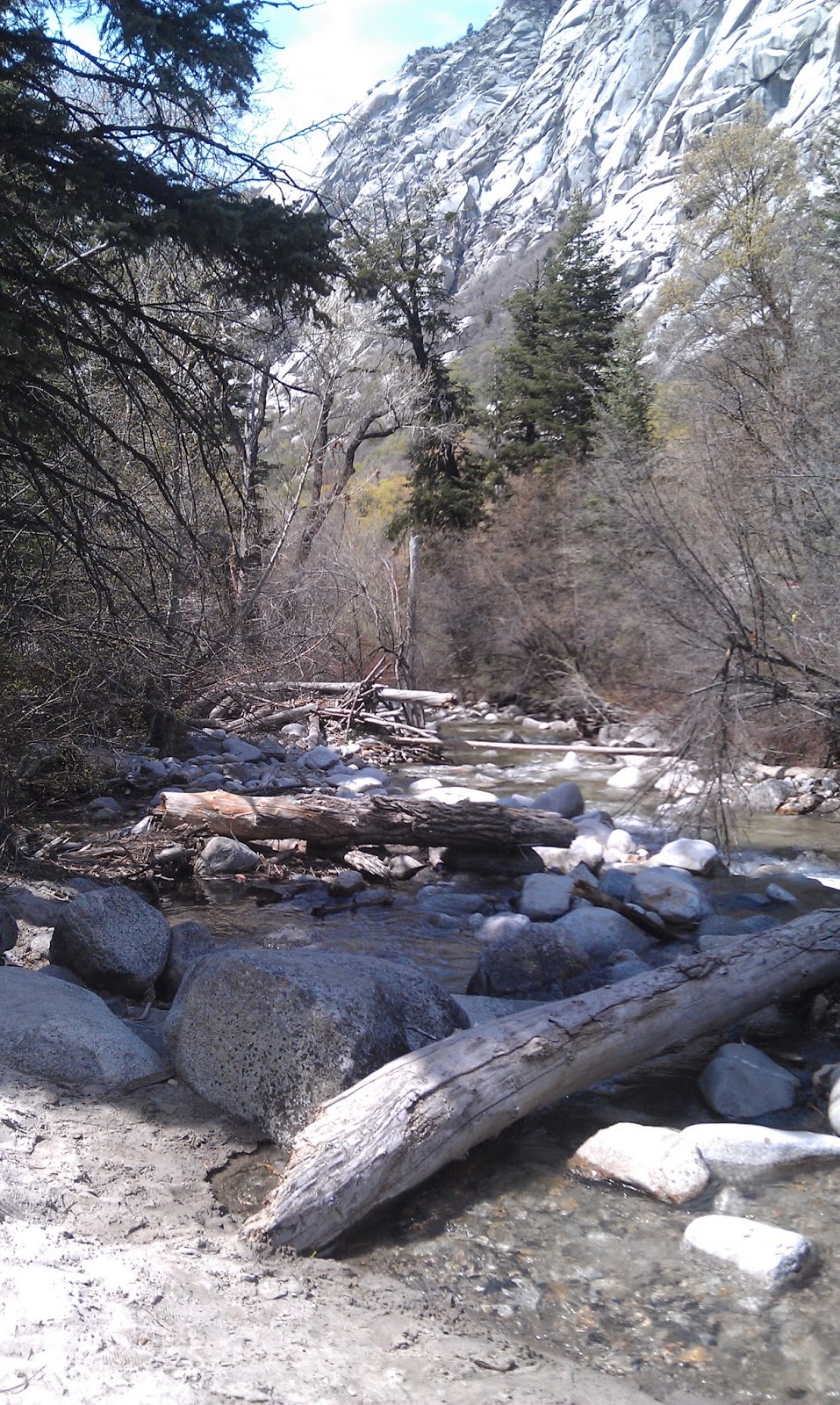 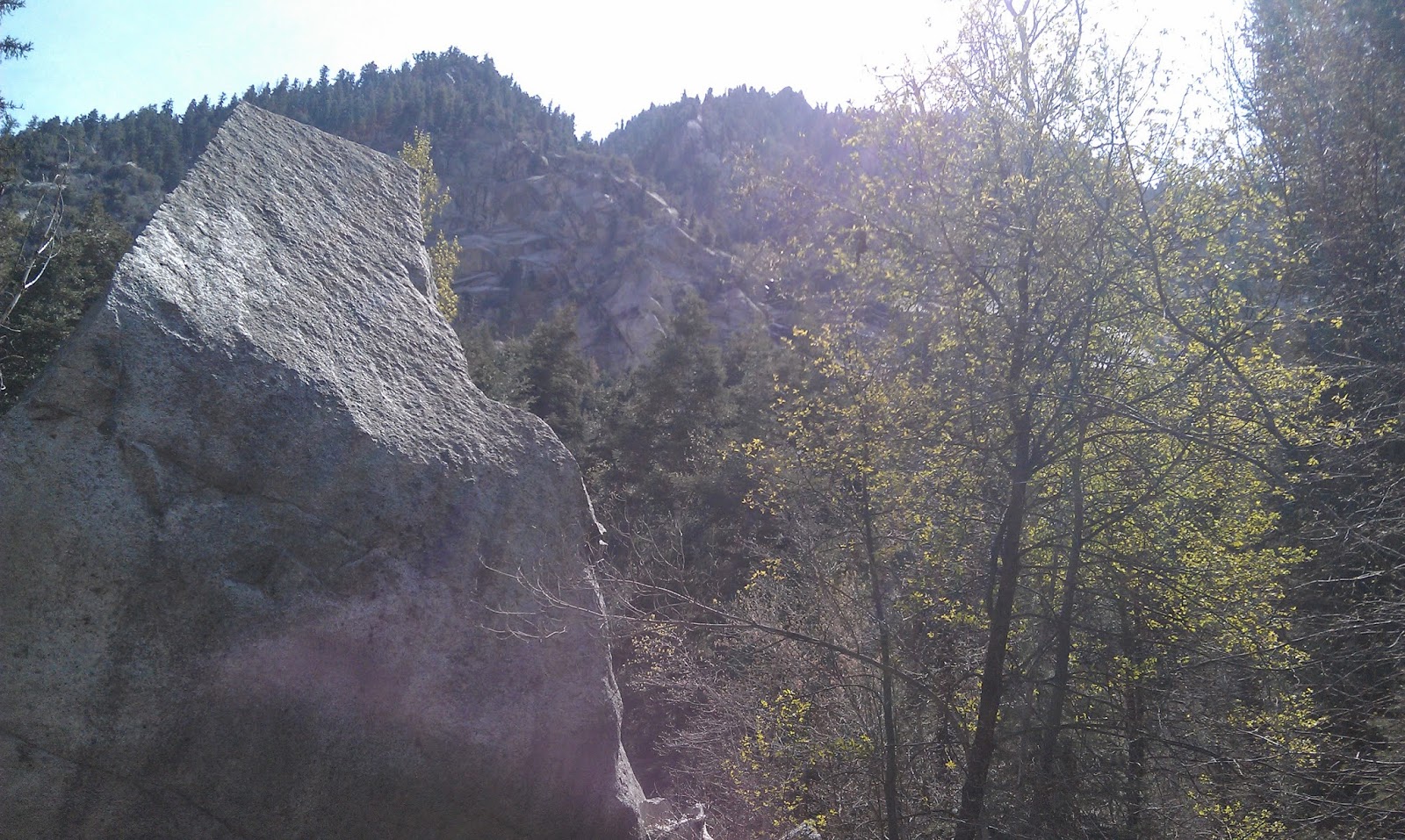 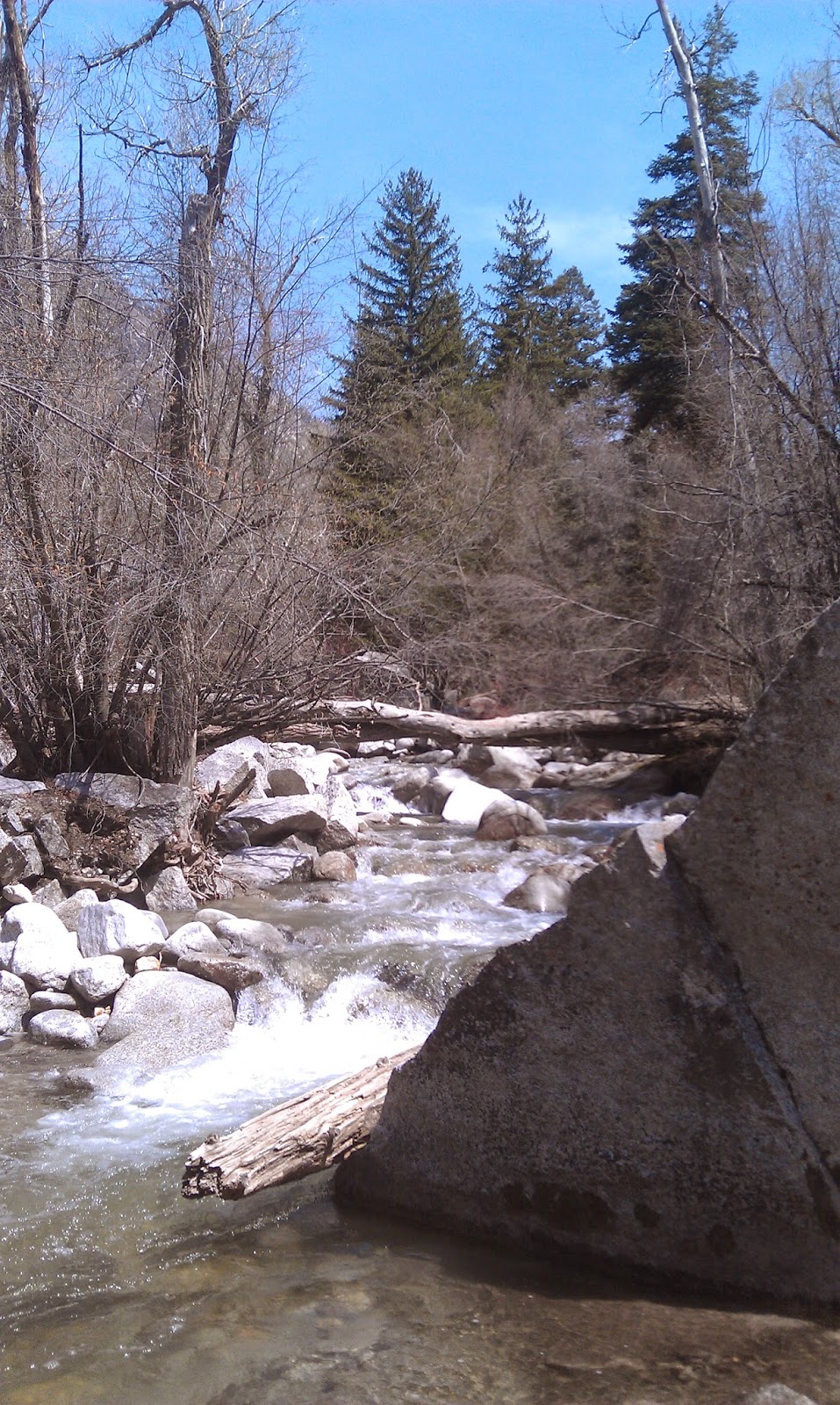 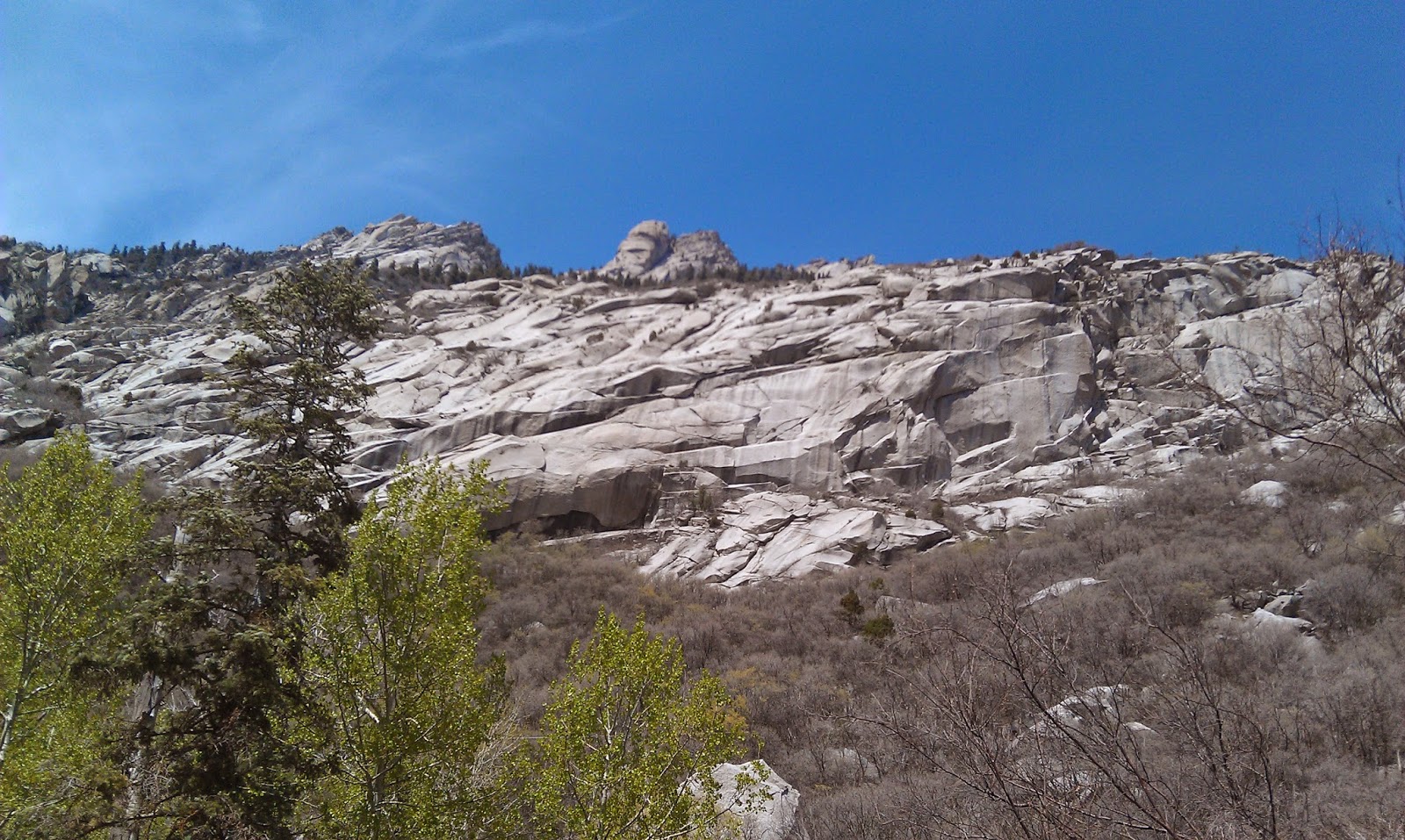 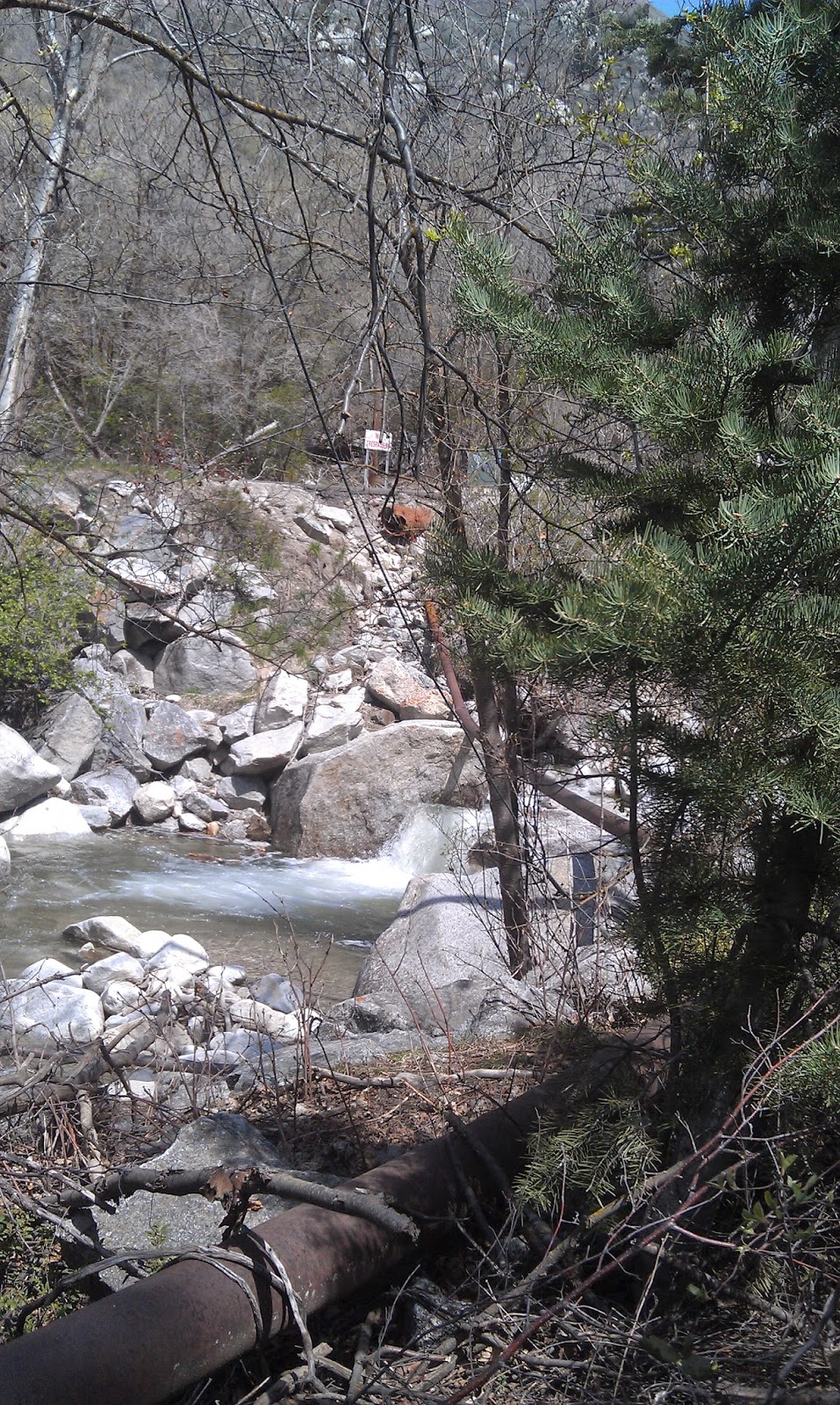 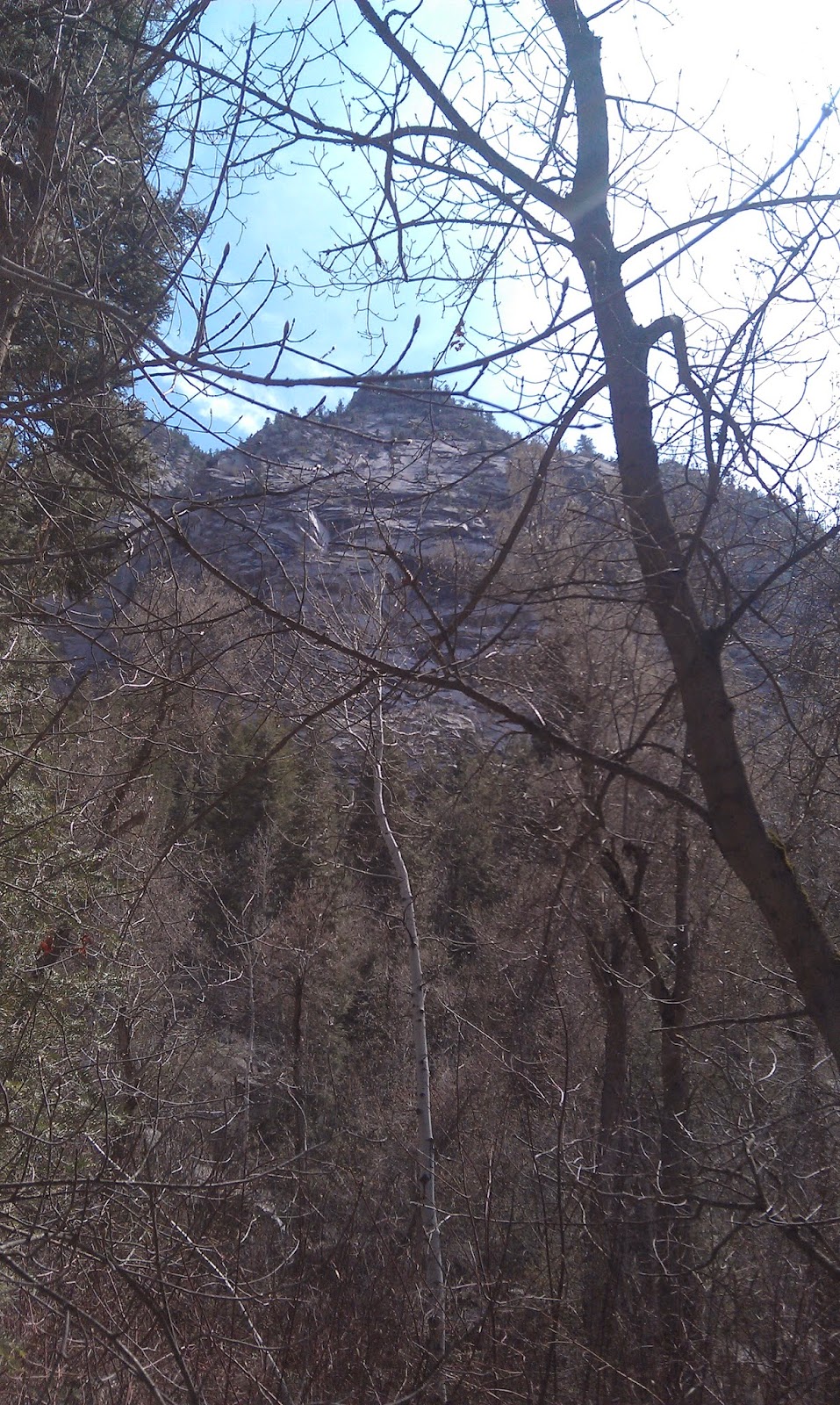 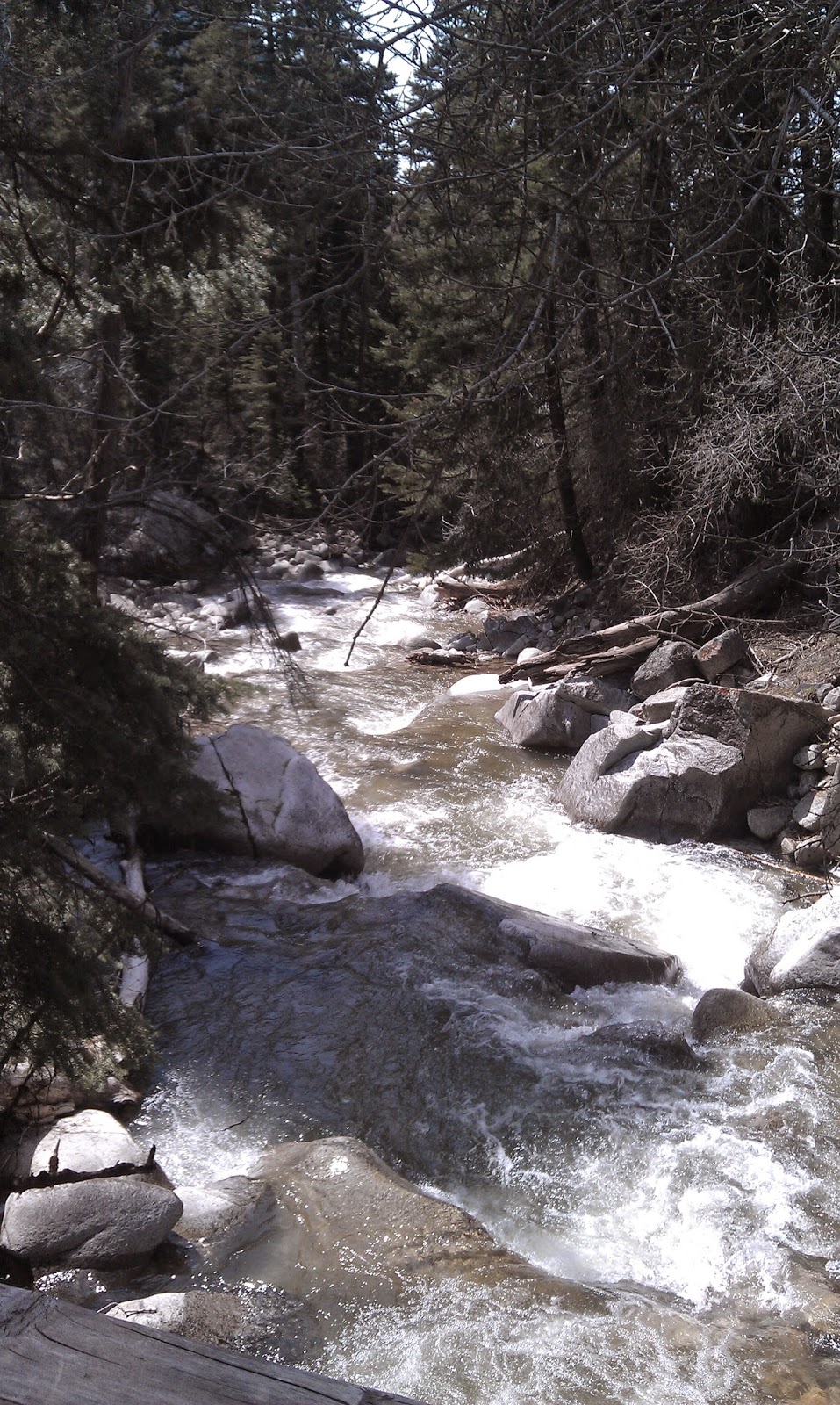