19 Mile Run and Running in General

In preparation for the Las Vegas marathon I decided this weekend would be another long run.  I should be doing 20's but I am starting to read more and more that the 20's really sabotage the rest of your week.  I would tend to agree with that assessment.  While I did darn close to 19, I was at about 3 hours and anymore than that and it becomes a death march (at least for me).

I started out at 7AM near Gardner Village and as usual proceeded north on the Jordan River Bike Trail.  It was cold out -- approximately 35F.  I was wearing a long-sleeved running shirt, a wind breaker, gloves and shorts.  My hands, initially, were cold, but after 2 miles and as the sun came out, I was more and more comfortable with the environment.

I was rattling off low 9 minute miles and feeling pretty comfortable.  The chains really came on though around 15 miles into the run where my 9's begin drifting south.  I wasn't in any hurry and to be honest, 9 is a bit fast for what I am shooting for in Las Vegas.

I did complete the run and sadly only one drinking fountain was on.  I did have my CamelBak but I will miss the drinking fountains.  They are about 2 miles apart and I tend to use them to break up my long run to give myself a mental and physical break.

There were a lot less people on the bike trail this week. Most of the "main" marathons in Utah are over and the big one, St George, was on that day.  There were only a handful of people.  Not to mention with the weather turning, less people are apt to log the miles.

I did snap a few pictures along the way, but being this was a rinse and repeat route and the trees changing aren't in full swing, I didn't get many.

I am flirting with doing the South Jordan Marathon in a few weeks, but given that my run didn't go so great, I am probably siding on the side of "no".  Also the Ogden Marathon is in sign up mode and I have a week to decide if I am going to do it.  This marathon is not until May so I am looking at "no" on this one too.  For spring I am looking at either the SLC marathon or heading back out to Illinois and doing the Rockford Marathon

While I don't have much speed these days, I am taking down the miles.  I hit 50 last week and at lunch I generally walk nearly 2.25 miles.  Knock on wood, I am healthy other than the occasional soreness in my hips.

So I am looking good for "finishing" Vegas, but not necessarily doing awesome. 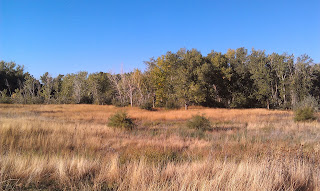 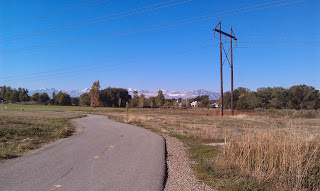 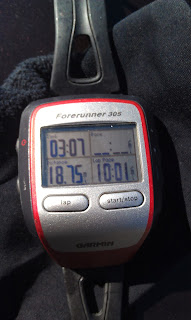