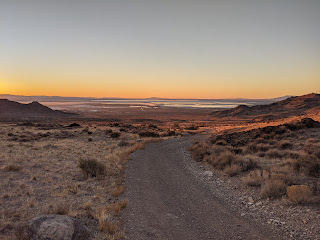 Wow! What a year.  This year wasn't really all about miles.  All the big races were canceled due to Covid-19 in the early spring and I wasn't training for any marathons.  The number of half marathons had also dwindled.  So I basically had to maintain my endurance and work on my speed.  I also made it a point this year to only run 5 days a week instead of 6.  I am not sure I was that successfully in this endevour, as I get anxious if I am not training / running hard.

I really have to say thanks to YouTube for inspiring me to get faster.  With my weight loss from 2021 carrying over to 2022, I was already a bit lighter on my feet.  This enabled me to see results faster from my speed workout sessions.  I was fairly successful in doing at least one or two hard workouts (also depending if I had a race that weekend) a week.  I am normally reluctant to do speed work -- let's face it -- it is like going to the dentist. You have to do it if you want to be fast and it is painful and it is work.

So my longest run of the year was probably 13 to 15 miles.  My weekly mileage was also 40 - 50 miles in the winter / spring and then dwindled in the summer to about 30.  Finally, it increased a little more in the fall / winter, but compared to previous years, my miles were modest.

A big game changer for me this year was running in the morning during the summer months.  Years past, I'd give it a go for a day or two but it never really stuck.  This year, I got up early most days in the heart of summer and knocked out my mileage.  What a difference in running in 60 degree weather versus 90 degree weather.

This kept me fit.  I am normally reluctant to run very hard in the summer as by the time I start to run, it is 8 PM or so and it is simply too late in the day to push the pace.  But starting the day off with a run made all the difference into having a strong fall season. 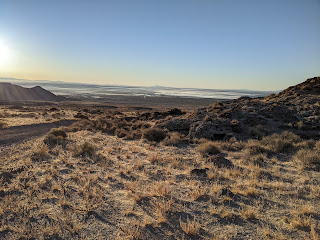 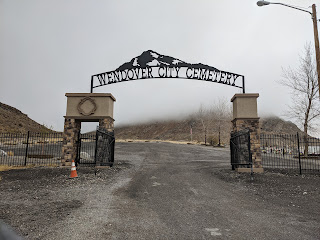 2021 saw the return of racing after the wipeout that Covid-19 caused in 2020.  It started with a trickle at the start of the year as races were hesitant to begin but as the year got on, more races showed up.  There were only a handful of "new" races for me this year, I relied upon my normal schedule, which is fine.  It gave me an opportunity to compare this year versus years in the past.

First off the good news:

The race I am most proud of this year was the Riverton Half Marathon.  I had put in a solid training block in the spring and the weather was very cooperative.  My pacing was spot on and I had a married couple to work with in the middle miles when things usually get tough.  I was shocked when I got the time that I did and even better, I won my age group.

How could I not have a good race at the Lamoille Canyon half marathon?  Cool temperatures and a fast downhill race.  So I expected to hit a really good time.  But comparing myself to previous years, I was a bit faster.  I think if I had put in more miles in the lead up to the race I would've done better.

Finally, the Provo City 5K.  This course was a mild downhill.  The course, in my opinion was long (and according to my Garmin), but if I look at what I did the 5K in, it was a PR kind of day for me.

So in no way do these races reflect on the organizers.  It just wasn't my day at the races.

I will say my training for Dimple Dell and Laughlin were minimal at best.  I had mailed in some long runs but my overall volume was down.  I like to hit a couple of 40 mile weeks -- at a minimum -- before a race half marathon and I was hitting at most 25 - 30.  Also both races involved hills, especially the Dimple Dell one.

The Rock the Canyon 10K was a bit heartbreaking.  A very hilly 10K and the weather wasn't cooperative.  That was the first race I didn't exceed in the previous year's time (granted this course was slightly different from the previous years).

I also suspect I did too many races this year.  It sabotaged my weekly training and I couldn't get the miles I needed to build a more solid base.  I was recovering from the race early in the week and then tapering for the weekend's race.  So I couldn't get many quality miles in. 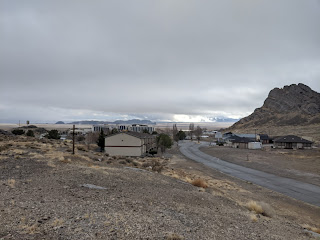 The stat I am most proud about, however, is that I took my times back to 2015 - 2017 or so.  Each year I've gotten progressively slower.  Let's face it -- Father Time always wins in the end, but I managed to turn back the clock and attain performances I haven't seen in a while.  Since I am repeating many of the races I've done in the past, I can compare my previous times.

This year I committed to taking recovery a bit more seriously.  I dialed back the overall volume of running.  I also upped the more race-focused training.  So instead of running 6 days a week at an ordinary pace, I varied my training.  I actually was a frequent resident of the local hills and found various interval workouts to do.  This was a huge shift for me as I am more prone to doing 5 miles medium paced most days.

Finally I did nail in my diet.  Was I perfect? Hardly.  But I was better than usual.  With my office closing down I now work from home.  This allows me to snack smarter and I don't eat out as nearly as I used to. 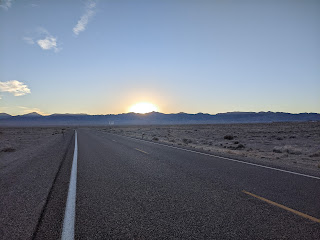 So originally for 2022 I figured I'd shoot for a full marathon.  It's been since 2017 and my last marathon was a very tough to swallow DNF.  I really don't want my career as a marathoner to finish like that.

I was thinking of building up and starting to train for the Salt Lake City Marathon this year.  It is something that is close, I know the course, and I have time to prepare.

However, after doing more soul searching, I decided it wasn't something I was really willing to put the effort into.  I am really enjoying racing frequently, and for some strange reason, I am enjoying training hard and doing speedwork.  Go figure -- after 20+ years of racing / running that is probably a first.

In 2021 I was doing the footwork towards improving my times and the results speak for themselves.  I am doing a lot of the right things. So it's time to continue to build on that. 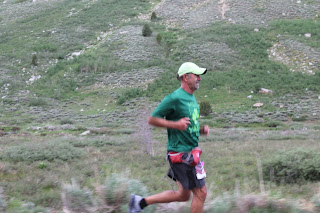 Email ThisBlogThis!Share to TwitterShare to FacebookShare to Pinterest
Labels: running, This Year in Running