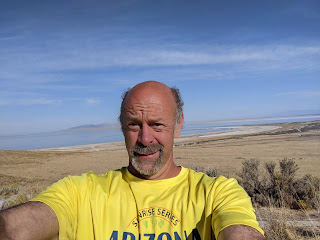 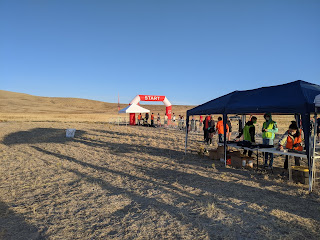 Races are at a minimum this year, thanks mostly in part to Covid-19.  Fortunately, the state of Utah does have some races and this past weekend I opted to do the Antelope Island 10K.
Antelope Island is an island just north west of Salt Lake City and is a state park.  It is very popular with cyclists and site seers.  There are some hikes as well as nature walks in the area.  Generally it is a very popular place to go with some incredible views.  It is also home to a herd of buffalo, so one must take caution when visiting the island -- as encounters with them are real and potentially dangerous.
I've done various editions of the Antelope Island races.  It was the site of my first full marathon in Utah and I've done the half a few times.  The past few years I've stuck with doing the shorter distance races.  I just haven't felt prepared to do anything longer than a 10K.  In years past it was known as the Layton Marathon.  When it moved to be run on the island entirely, it switched names and is now called Antelope Island Marathon.
This year's race started in yet another location -- the west side of the island.  I hadn't really been to this side of the island, let alone run on it, so part of the route would be entirely new to me. 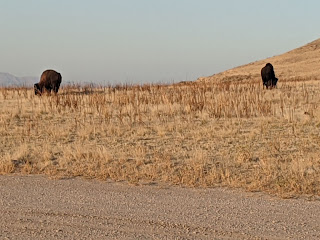 I arrived just after 8:15 AM for the 9 AM start.  Packet pickup was purposely staggered and it easy to get my bib, use the facilities (and send off the half marathoners).
It gave me plenty of time to do a shake out run and get a layout of the area.  One thing that made me realize that this was going to be a hilly race was that immediately after starting we would have to ascend up a hill -- that just looked daunting (it turned out to be slightly longer than a quarter mile).  I definitely wanted to be warmed up and ready to run when the race started. 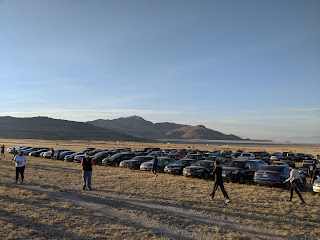 The race started at 9 AM but with Covid restrictions, we were started in cycles of about 10 seconds.  So we lined up roughly to pace, and the race director would send off a runner.  The next person would walk up, they would record your number and off you'd go.
I had warmed up pretty well and I surprised myself by taking on the first hill fairly aggressively.  I wound up passing a couple of runners in the immediate minutes of the race.
The hill was short lived fortunately and I tucked the knowledge that I'd have a cruise to the finish experience on the way back (the course was out and back).
The race leveled out for a while and I hit a decent pace and felt very comfortable running.  I hit the first mile comfortably at 8:30, which was better than I figured. 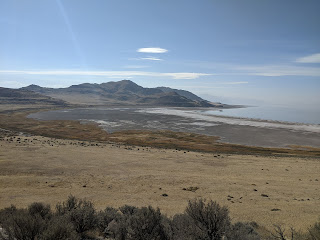 Mile 2 was nice in that I got a nice, long downhill.  Part of me was worried though on account that I would have to come back up that hill at mile 5.  Usually by mile 4.5 I just want the race to be over.  But I went with it
Mile 3 seemed like the longest.  We were now running on the main drag of the island and it was a climb that never seemed to end.  While it wasn't like the first hill, this one was just a solid grade up.  Some of the leaders of the half marathon, marathon and 10K were already coming back.  It was disheartening to see them running downhill while I was doing my best to reach the summit.
Finally I hit the turn around. I glanced down at my Garmin and saw that the course was likely going to come up short: about 3:05 miles instead of the requisite 3.10.
It was a joy to run down the hill that had taken a lot out of me and it was also energizing to get some cheers and hellos from people who were trailing me.  I knocked off one of my fastest miles as a result -- my only wish was that the rest of the race was going to be like this. 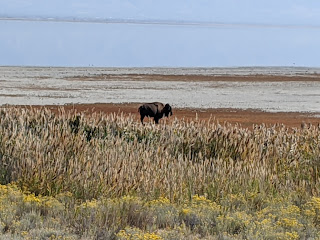 Unfortunately as soon as I turned the corner to hit the last 5K back, I hit a stone wall.  The hill that I had taken advantage of at mile 2-ish was staring me in the face.  And it seemed so daunting.
The next mile and a half or so were a blur.  I was hurting bad.  My legs felt like Jello and I couldn't wait for the finish.  I felt like by pace would hit around 10 minutes per mile, but I am happy to report that it wasn't that bad -- it just felt that bad. 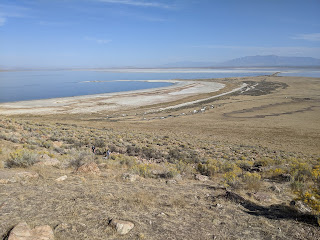 Finally, the blessed downhill and finish line came into view.  The finish line and people milling about looked so tiny from my vantage point.  I looked behind me, and I couldn't really tell who was in my race (was the guy on my tail in the half or was he running the 10K).  Either way, I gave it all I got.
My legs don't really move as fast as they used to.  I have plenty of endurance, but my turnover isn't that great and the (much) younger guy flew by me in the closing seconds.  I don't think he was in my race let alone my age group but still -- it is a race... and I have my pride. 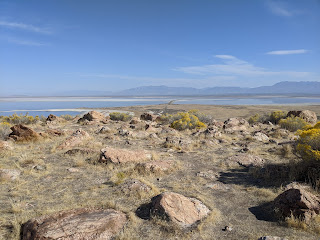 I crossed the finish line in a somewhat disappointing 53 minutes.  But if I take into account the hills that I had to conquer, it wasn't that bad of a race.  My Garmin is reporting about 380 feet of elevation gain throughout the 6 miles (including 380 downhill).
I really love the island and half the reason why I do this race is I get a chance to drive around and snap some pictures.  Most of the pictures from this race recap are post race pictures and not of the course.  However, a lot of the course does visit the spots I photographed. 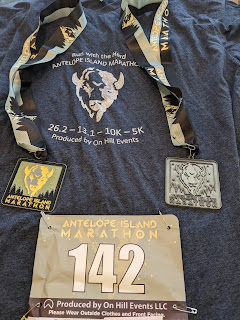 I wound up taking second place in my age group.  I could've walked the entire thing and gotten the same result.  There were only 2 of us in the 50 - 54 age group.
The medal was definitely more impressive than years past.  It was heavy and beautifully designed.  The shirt had a nice design as well but it was the cotton / polyester blend, which I am not a fan of (I like 100% polyester).  Still the race shirt will work for short runs or knocking around on the weekends. 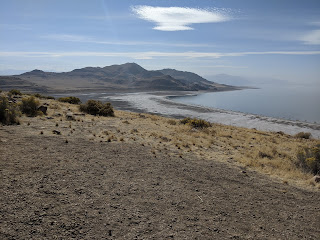 I was handed a bag with my finisher's medal and some snacks.  There was bottled water to drink.  As usual for On Hill Events there was a cooler filled with ice cream sandwiches.  Definitely a crowd pleasure and they taste great after a hard run. 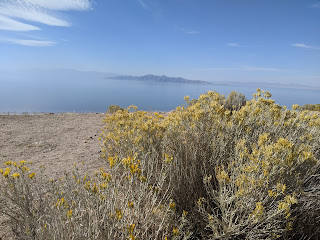 I walked off my nausea and socialized a bit.  Awards are no longer a ceremony but you more or less get in line and they give you your award, if you've won one.  Much quicker and easier but with less fanfare and excitement.  I managed to safely socialize for a bit while wearing my mask before taking a drive around the island. 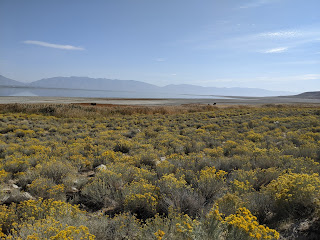 Overall, I ran fairly well.  I have nothing really to compare it to.  This course was brand new for me so I can't say I would've run faster in years past.  I did run a 51:09 in 2018 but the course was definitely easier than this one.
The views on this race were great; hopefully it is evidenced with the photos I've attached.  It was an awesome Saturday morning and while the island had plenty of guests on it, it wasn't that crowded.  I did get to see some buffalo as well (including one that was a little too close to the race course during the race).
I paid about $40 for the race about a week or two before registration ended. Given I registered late in the game, it was an okay price to pay.  Fortunately, I had a coupon to help knock down the price.  But the price was fairly standard for a late registration 10K.  Plus, my bib worked as a free park pass.
If this race is around next year and I have an open slot in my calendar, I would definitely run this one again.