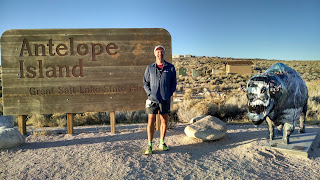 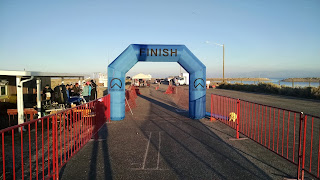 
In year's past I've done the Layton Marathon.  In the past year or two since I've done it, it has been rebranded as the Antelope Island Marathon.

This race is held on Utah's Antelope Island -- a fairly large island stuck in the middle of the Great Salt Lake.  This island has a lot of history and is home to wild birds, buffalo, antelope and the occasional coyote.  It is a state park and has a museum as well as a historical ranch.

It is very popular with tourists, cyclists, as well as the occasional hiker.  It is usually one of the spots I offer to take relatives to when they visit Salt Lake.  It is a beautiful treat -- although it does smell like a stinky lake. 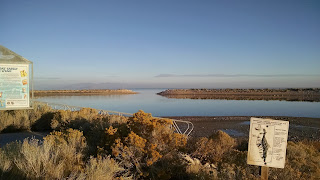 But I digress.  Since I've been there, the race has moved entirely to the island.  In the past, it started somewhere on the island and runners would make their way to Ellison Park in Layton.  The last 8 miles or so of the course weren't terribly exciting and there wasn't even that much of a shoulder on the side of the road to run on.

The race, since then, is now entirely on the island. This is good and bad.  It is very pretty there and you are likely to run / see buffalo and other wild creatures, but you are also on a much hillier course.  While none of the hills are heart breakers the course is decidedly NOT flat. 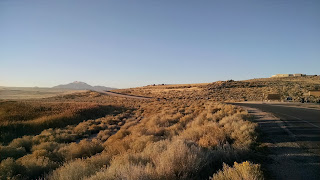 I always relish the opportunity to visit the lake and while I didn't really want a half marathon I decided that a 10K was worth the trip out there. 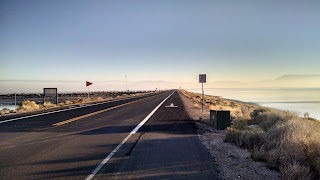 
I rolled in around an hour before the race started.  The full marathon had already started and the half was starting on a different section of the island.  So the starting line was pretty much devoid of people.

With race attendance down in general, this didn't surprise me much.  I did get a lousy parking spot, but it was no stress whatsoever picking up my bib / shirt. 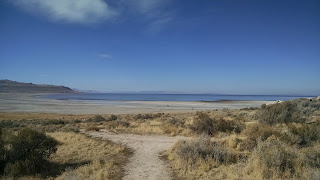 I wound up socializing for a while before warming up a bit.  The race started promptly at 9 AM.

I was totally expecting to run along the main drag for about 3.1 miles and then heading back.  However, I was thrown a curve ball when we took the back road.  I've visited the island several times and I can't remember a time I've been on the road.  I am sure I have, but it seemed new to me.

Almost immediately, I was greeted by a hill.  Luckily I was fresh and I could take it.

The field for the 10K was fairly small, probably less than 75 runners.  I was hoping to top 3 it and for a while, my hopes looked like it might happen.  But within the first mile I was probably in 5th place for the males.  I was working off another guy who would stop at the water stops -- and I'd pass him -- and subsequently he'd catch up.

I made it my goal to try and beat him... 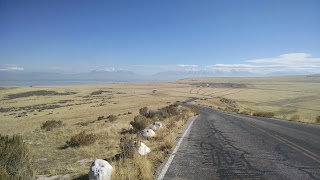 The first mile went by pretty quickly.  I was glad to see mile 2, which was primarily downhill.  My pace quickened and I really felt good.

I quickly found myself running with no one behind me but people in front of me.  There were a few top female runners around but overall I was solo.  I was sort of lamenting the fact that I was running the 10K as I felt really solid when I reached the 5K turn around.  I skipped the water station and continued on the Ladyfinger point. 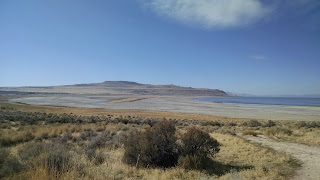 I reached the turn around point pretty gassed.  The 3rd mile had been mostly uphill but I knew I still had a lot in me.  Plus it felt like most of the race had been uphill to this point, and I'd probably get a decent return trip with a bit of wind at my back.  It was kind of cool as I approached the turn around to see a lone buffalo eating off the side of the road.  If I had my phone with me, I'd have stopped to take a photo, but I was racing today...

I grabbed a sip of water and really worked on my turn over.

I think at this point I had dropped the guy I was working off of and I was more or less just working for time.  I figured I had a good shot at an age group award (I really wanted to finish first) but the top 3 -- that was gone. 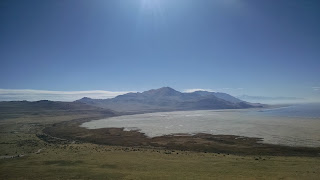 Mile 5 I did much better than expected I would.  That mile had a fairly long uphill but I knew the finish line was close, so I pushed it.  I was a little humbled when the first place marathoner blew my in the last stretch.... hard to compete against a 2:51 marathoner.

I really pushed hard in the final mile and while I was hoping I'd have done better, I was happy to admit that 51:40 was pretty good on a hilly course. 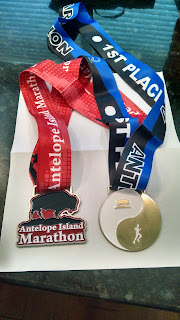 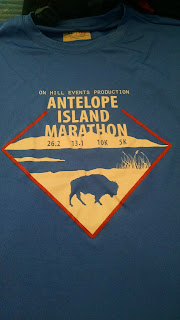 I socialized a bit and awards were handled pretty quickly.  I was ecstatic to win my age group and came home with two nifty medals.  I love the lanyards on them.  Overall, I was very happy with my experience.  I registered late, so the race was a little on the expensive side for a 10K but considering the medals, the nice shirt and entrance to the state park, I thought it was a fair deal.

The course measured up a little short. However, I did measure it on mapmyrun.com and it looks legit.  I suspect some of the tangents and turns might've confused my Garmin. 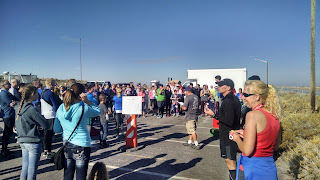 After the race I killed some time on the island.  I explored Ladyfinger Point and Buffalo Peak.  It was nice to get up close and personal with the lake. The following pictures are some I took while exploring the island: 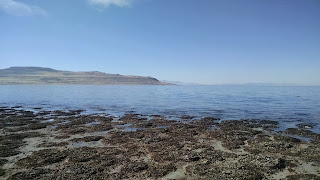 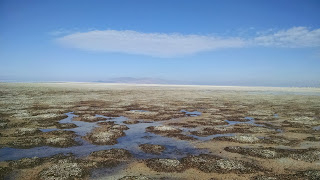 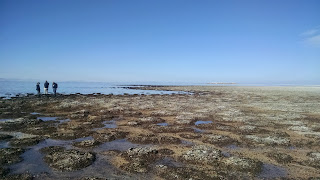 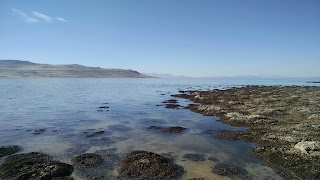 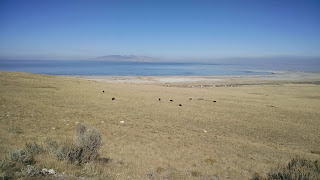 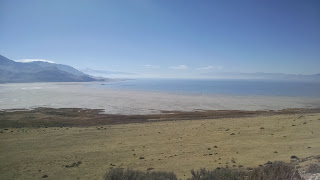