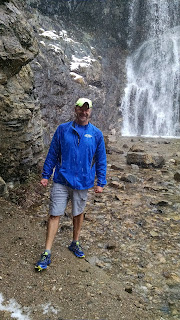 2019 was a mixed year as far as running went.  It started off where I was filled with piss and vinegar in terms of training and turning in some fast times to suddenly sitting on the sideline due to a hamstring pull.

This year saw my fewest miles in quite some time.  In addition, this year saw me miss more races that I had signed up for and was a no show.  I was either sick with bronchitis or the crippling hamstring injury had sidelined me for probably 6 races.

I did manage to run the following race distances in 2019:

Again, no marathons this year.  Which is sort of sad, but at the same time, I am okay with.  I had visions of running a full this year but the hamstring sidelined me and simply put: it didn't happen this fall.

First off, the worst, most heartbreaking race for me was the Las Vegas Half Marathon -- again.  Normally, after having this many poor performances at a race, I'd write it off as a "Just isn't my race", but I do have a streak going -- I am about one of 50 (or so) people who have run it every year since 2009.  So despite it not being my "race" (and this isn't a knock on the organizers), I just don't run very well in Las Vegas. 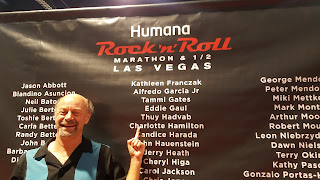 The other most depressing race was the Ogden Half Marathon.    I was coming off my injury and there were some serious doubts as to whether I'd be able to finish the race.  Also the weather was super questionable as far as whether I'd be walking 13 miles in the pouring rain.  So I totally over dressed.  By mile 6 or 7, I knew I was in trouble.  The finish -- and the race itself -- wasn't pretty. 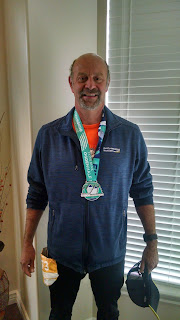 The best race of the year, as far as my performance went, was the Sand Hollow Half Marathon.  The course was very likely short, but I turned in a 1:54 time.  I race really well there and it was a great week for me.  I'd also follow that up with the Ogden Halloween Half and the Snow Canyon Half.  While I died in the Snow Canyon at the end, in both races I turned in decent times.

Races I Loved the Most This Year


There were two races that jump out at me as being extremely fun:  They are the Snow Canyon Half Marathon and the Laughlin Half Marathon.

Both were new to me and the races tied in some epic weekends, where I had a blast.  The courses were pretty and gave me some new experiences.  I find myself doing the same races year after year and these reinvigorated my joy of visiting new areas and racing them.

If you enjoy desert scenery and in some cases a fast, downhill course, check out the aforementioned races. 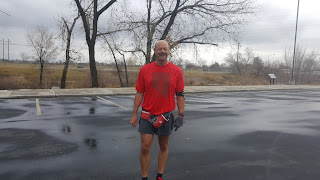 I still enjoy running.  I started as a stress relief thing in 1997 and merely did 3 - 4 miles 3 - 4 times a week.  I didn't really have any goals other to go run.  Occasionally I'd dream of doing a marathon (I didn't know about other distances) and occasionally I'd go from my usual 3  - 4 mile run to something like 7 or 8. 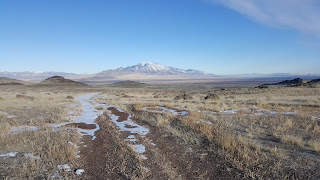 It's been 16 years now and my times are clearly in decline.  It is a humbling experience and maybe you are reading this experiencing the same thing.  We all age and we all age at different paces.  Me, my times have gotten a lot slower.  I used to be a 20:30 5K "back in the day".  Now, I am happy to break 25 minutes.

Try as I might, I am not going to be hitting sub 20's again unless I make some serious sacrifices and get lucky.

That being said, the benefits of being a life-long runner has given me a host of benefits:


I hope you journey with me on my runs and see what 2020 brings! 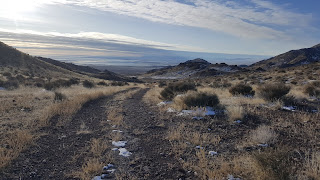 Email ThisBlogThis!Share to TwitterShare to FacebookShare to Pinterest
Labels: running. This Year in Running