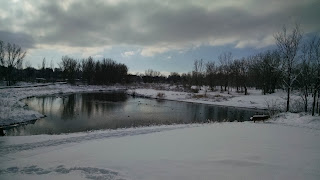 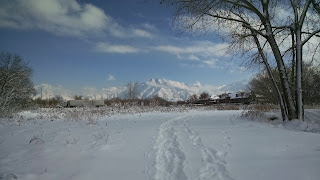 This week wasn't terribly exciting.  So far Utah has managed to dodge the snow but I knew it was inevitable that SLC would eventually get snow.  And sure enough it did this week.  They were late plowing the bike trail, so my place of business is now patches of slippery ice and packed snow.  They did plow it so there are sections that are good, but for the most part you can't really work up a good head of steam.

I did get in one awesome trail run on New Year's Eve (morning).  I'll write more and post pictures of that in a subsequent post, because it deserves its own entry.


This Year in Running 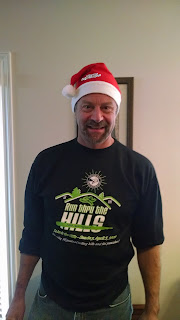 This year was filled with lots of miles and races.  My total miles for the year was 2231.5, which is a few hundred less than last year.  It also averages about 6.11 miles per day.  I managed to dodge the injury bug as well.  Sure, I was sore and occasionally I had an ache or pain, but (knock on wood), I didn't manage to miss any significant time.

On the downside, I raced a lot and every repeat race (I race I did this year and a race I did last year) I turned up slower.  This is disheartening.  Part of it is age related and part of is I am eating a lot of the wrong foods, and winding up gaining weight as a result.  I also know that my training isn't necessarily focused for any particular distance. I sort of don't have a training plan -- I try to do one speed work session and one long run a week so that I am more or less marathon ready at any given point.

This year I also ran 356 miles of races, which include the following distances:

Subsequently, the worst races (or most difficult for me) were Summerlin Half Marathon, Tahoe Marathon, Vegas Marathon.  Vegas I suffered from general tiredness and had some stomach issues late in the race.  The other two, hills and / or altitude did me in.  I completed the races, but they were grueling and I came away more frustrated than feeling like I had accomplished something.

I also knocked out two states, California and Colorado.  I am definitely running out of states that are within driving distance.  So now things definitely get more expensive.

Email ThisBlogThis!Share to TwitterShare to FacebookShare to Pinterest
Labels: marathon training, running, This Week in Running, This Year in Running