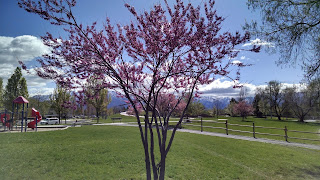 
Without any races this week (well recovering from a half on Sunday) it gave me a lot of time to get in some quality miles.  In fact, I got in a nice interval session on Wednesday -- and I usually don't get very excited about them.  It has been a while since I did a speed work session and after the first set of them I was whimpering for mercy.  I did complete the exercise though.  That which doesn't kill me, will make me stronger.

This week also culminates my high mileage training for the upcoming marathon.  I didn't necessarily plan out my spring races this way, but I have a 30K this coming Saturday and then a mere 8 days later, a full marathon.  This usually isn't the way you prepare for a marathon but I wanted to get Colorado off my state's list and due to some family stuff, I thought this was going to be my one and only chance this spring.  If I had been able to predict the future, I would've probably gone with the Colfax marathon, but either way I'll get through it.  Sometimes the 50 states quest has a mind of its own.


It was a beautiful day in Utah on Saturday and I did my usual long run (being that I was without a race).  While I think the flowers are still about one week in coming, today was a spectacular day.  I had some head wind for the first 8 miles and I was worried that it would change direction when I came back.  But I am happy to report that while I didn't always feel it, it wasn't blowing in my face.  Overall, a solid run that gives me confidence going into the next few weeks.

Finally, I felt like I was the only one on the trail, since the majority of runners in the Salt Lake Area were at the Salt Lake City Marathon, which is probably one of the largest races in Utah. I still have yet to do that race and it's practically in my backyard too. 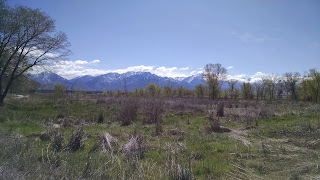 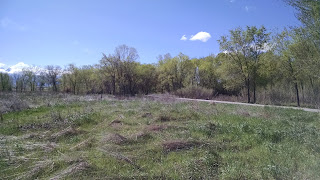 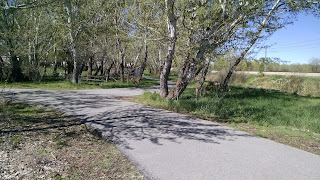