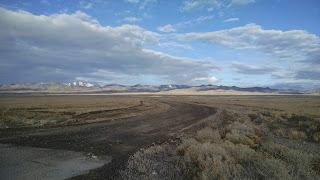 I spent the weekend in West Wendover, Nevada.  They were running a promotion and Shari and I decided to take advantage of it.  Lady luck wasn't smiling on me but Shari wound up doing quite well.  Top it off with eating nearly for free the entire weekend, and it wound up being not too bad of a weekend.

As usual, though, on Sunday I decided to go for a desert run.  I had slept extremely poorly the previous night thanks to some stupid **** ****ers.  They decided to slam doors, and generally make a raucous most of the night and I slept extremely poorly.  It just seemed like I was up all night and by the time 7 AM rolled around, I had a head ache and was tempted to just roll over and go back to sleep.

But I had brought all my running gear, including a canteen with some Gatorade, a gel, and my GoPro.  I was tired of tossing and turning and just figured I'd go for a run.

Since I was at the Rainbow hotel I figured I was going to head west out of town and do some exploring on the cliffs like last time.  However, I took the rear exit and before I knew it, I was behind the hotel and decided to go exploring.

I wound up heading down a road I hadn't been on before I found myself looking at Old Highway 93, which leads about 100 miles south to the next town of Ely.  In fact, there is virtually nothing for 100 miles between West Wendover and Ely.

I wound up hopping the railroad tracks and before I knew it, I was running alongside of I-93.  There is virtually no traffic alongside the road but I wasn't terribly pleased running along side of it on account the speed limit does get up to 70 mph.  Again, you'll see about one car every 10 - 15 minutes, so it isn't a major freeway.

After about 1/2 a mile, I came across a chain up area and there was the remains of the old-old I-93.  A sign said it wasn't maintained so I was pretty home free as far as my safety went.

Occasionally a car would fly by on the I-93, less than a quarter mile away, but I was completely on my own.  It was littered with broken beer bottles and other desert trash.  The road had some washed out areas, but otherwise was awesome to run on.  It was flat and actually kind of pretty to run on.

I had hoped to reach the gap where the highway goes between two mountains but I had told Shari I was going out for a quick run and I'd be back "soon".  As usual, my wanderlust took me a lot further than I wanted to go.  I also hadn't brought a phone with me (other than one that doesn't have a working SIM port in it).

Either way, this is a run I'd like to explore further.  I could see that making an excellent long distance run. 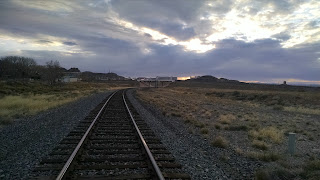 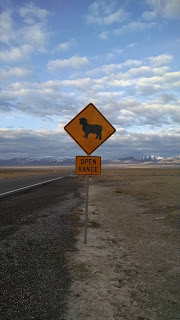 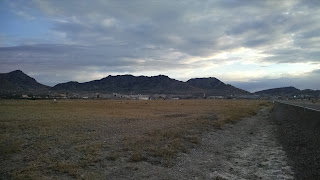 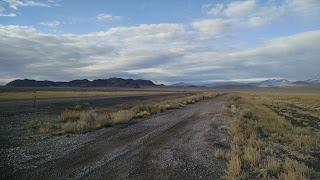 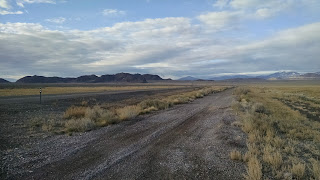 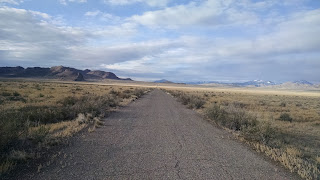 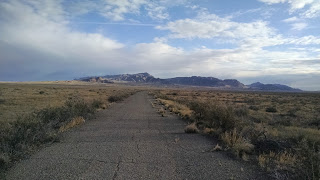 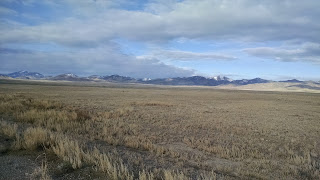 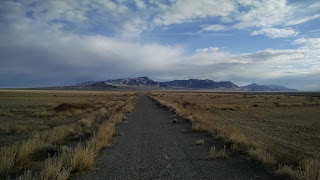 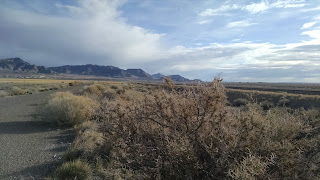 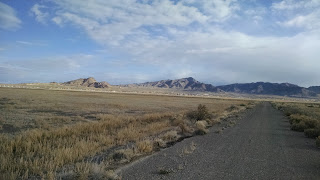 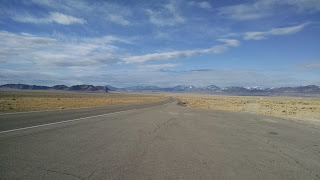