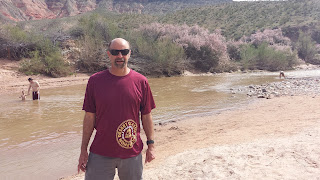 As any Utahn knows, the way to Vegas from Utah is through the Virgin River Gorge.  This stretch of roughly 10 miles of twisty-turny, all-downhill freeway is supposed to be -- mile for mile -- the most expensive freeway ever built.

It is an interesting drive and has some really incredible scenery.  It was formed over thousands of years (if not longer) of the Virgin River cutting its way into Nevada.

There aren't many exits along this stretch of freeway, but one that has always intrigued me was an exit called Cedar Pocket.  The Cedar Pocket exit also has a recreational area.  Every time I drove by, I asked myself -- "gee, I wonder what is there?"

Since I had a few hours to kill before I could get into my hotel after running the Sand Hollow Marathon, I decided to satisfy my curiosity.

After pulling off the freeway, I was led into a fee area -- one for picnicking (day use) and another section was for camping.  The fee was a whopping $2, which I put in an envelope and made my way to the day use area.

I figured the $2 would be good for a few cool pictures and nothing else.

When I got there, I had a panoramic view of the Virgin River Gorge.  Below me, may about 100 yards were a bunch of kids playing in the river.  I wandered around in search of a path and quickly found it on the south side of the parking lot.

I made my way down the short trail and went where the family was and found a place to sit to rest my weary dogs from my marathon.  It was just a perfect day -- sunny, low 70's and I fell in a reflective contemplate and just enjoyed the magnificent scenery. I also soaked my feet in the river, which helped my plantar fasciitis.

After a bit, I decided to go for a short hike.  At first the trail was well marked with a line of rocks.  However, the trail quickly dissolved but at times you could make out where you wanted to go.  I wasn't terribly worried about getting lost.  I could hear the whine of cars above me and the Virgin River was on the other side.  I was, however, concerned with rattlesnakes.

I walked a bit and found that the trail dead-ended at the river.  I suspect that after spring the river is easily fordable, which I assume is where the rest of the trail was (I hadn't done any research into this area before I left and the trail head at a sign saying the hike was 2 miles or 16 miles depending upon where you wanted to go).

I found the area really beautiful and I hit it at the right time.  There was a flowering tree that had taken over the area and it's fragrance was just really pleasant.

I took a bunch of pictures and really soaked in the atmosphere.  This was definitely worth the price of admission and worth the stop.  I hope at some point to find out where the trail goes and explore it further. 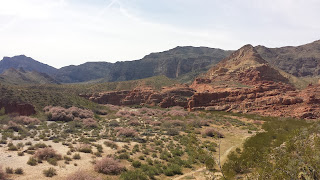 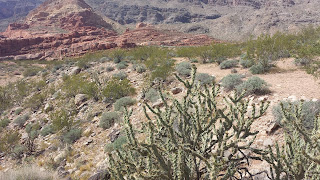 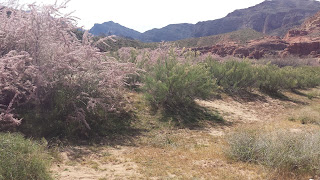 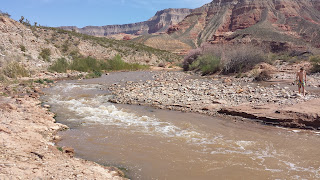 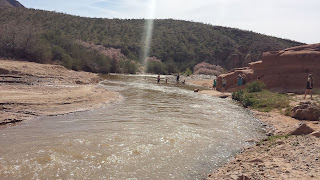 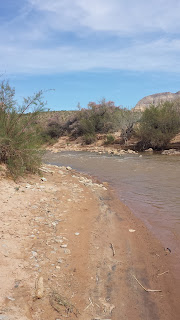 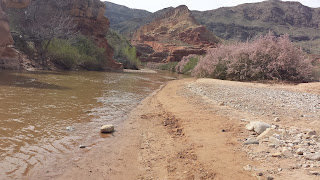 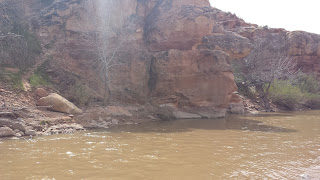 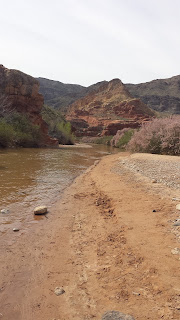 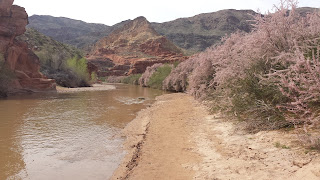 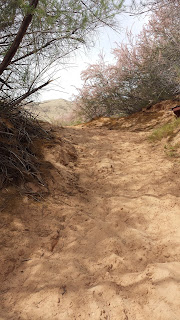 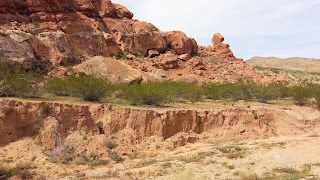 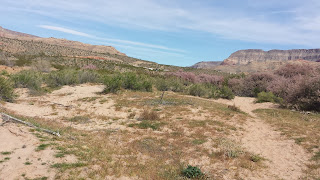 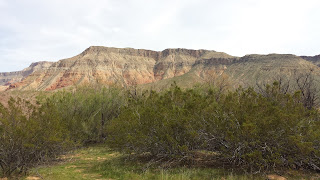 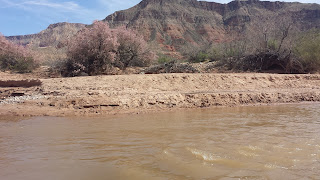 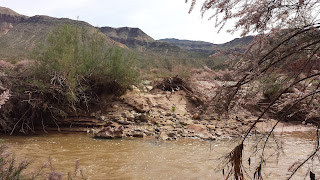