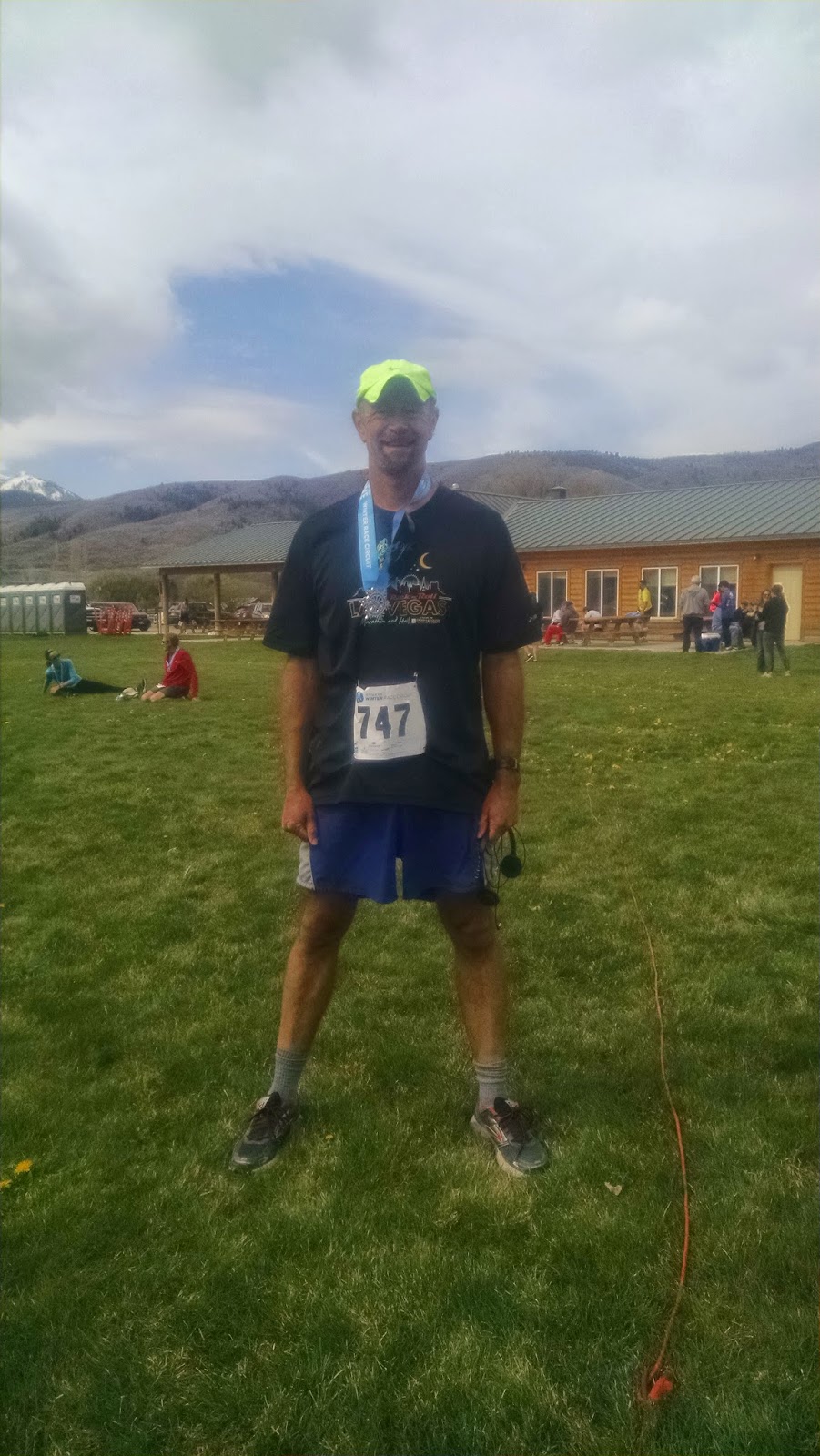 
* Note: My Garmin didn't have a charge in it so times are estimates.

In preparation for the Ogden Marathon, which is exactly 3 weeks from today as I write this, I opted to do their 18.6 (30K) race.  This is the finale in the series and they score you on each individual race as well as the entire series (5K, 10K, 10M, Half Marathon, and 30K).  Since I had done all the other races with the exception of the 5K and I was looking for something to do on a Saturday and I jumped in on this race.  It would be a good excuse to get me out of the house and visiting a really beautiful area of Utah.

Gentle readers may recall that I did this in 2013, which you can read about here.  I was a little surprised when I ran this year's edition, as the course had changed a bit but essentially it gave you a tour of Eden and Huntsville Utah.  At this time of year, this mountain valley town is incredibly pretty and I always enjoy making the journey there.

I left the house at about 5:20 and made it to the race site at 6:20.  The race started at 7:30 and I remember the last time I was up there for the half marathon, I was pressed for time.  So I made a mental note to get up there a lot sooner.

For breakfast I had a good sized bowl of Wheaties, an iced tea and I of course downed a can of beet juice and the beets.

I was pretty much the first one there and got really great parking.  I also was the first to use the bathroom, which was nice.  I wound up using it again and they had an abundance of bathrooms and the lines moved pretty quickly. 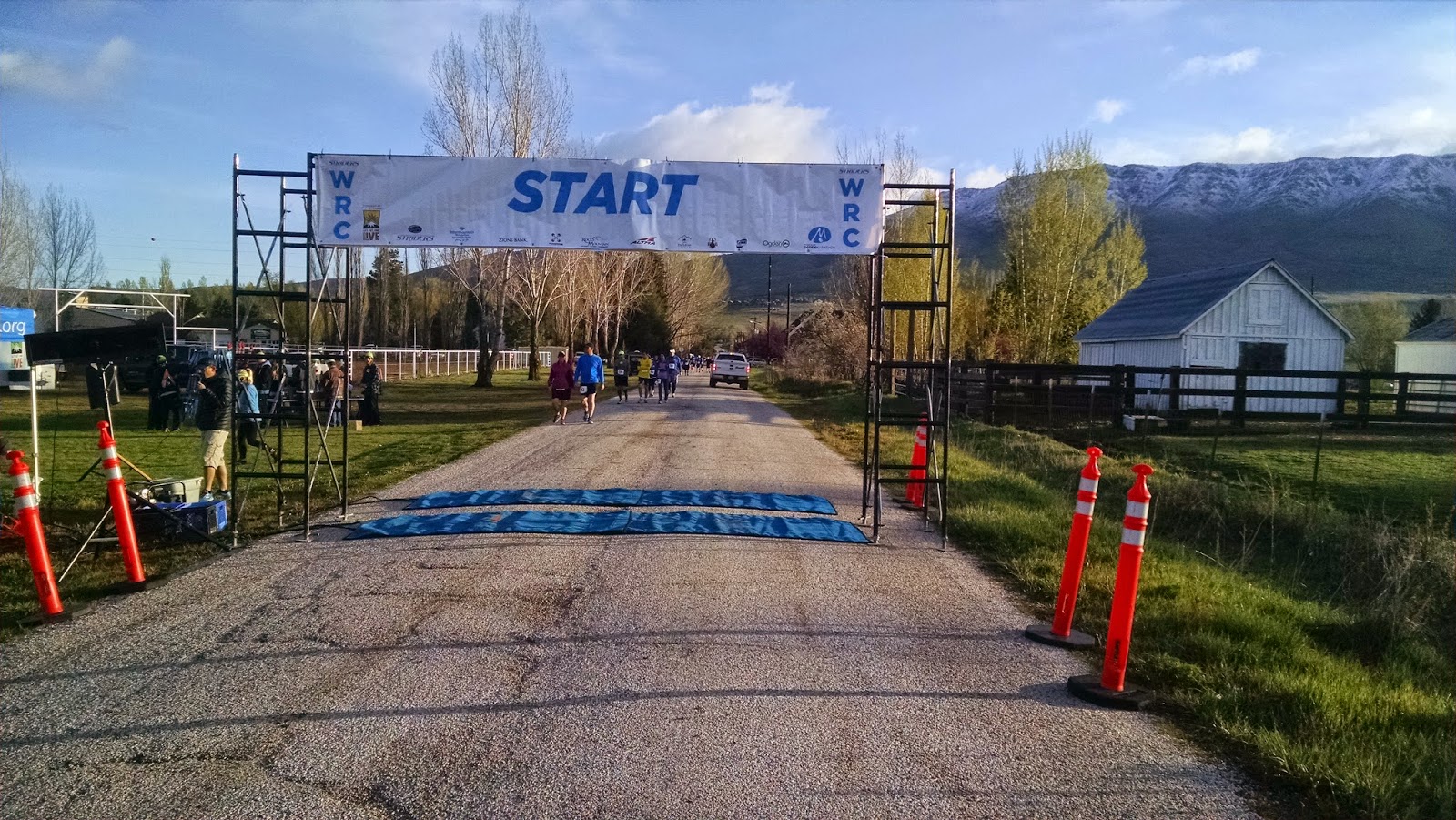 Before the race I powered on my Garmin only to discover that it read "Battery Low".  I know I had charged it after the marathon I did two weeks ago and I figured, oh well, it'll last a couple of hours.  Nope, it shut itself off exactly 1/4 mile into the race.  Try running a long distance race like a 30K without a Garmin.

So I fired up my phone's timer, queued up some upbeat KPop music and consulted with people as we ran who had Garmins as to whether the mile markers were on.  I was told they were so I could loosely gauge what my splits were by looking at my phone and doing math.  Believe me -- not the way to go. 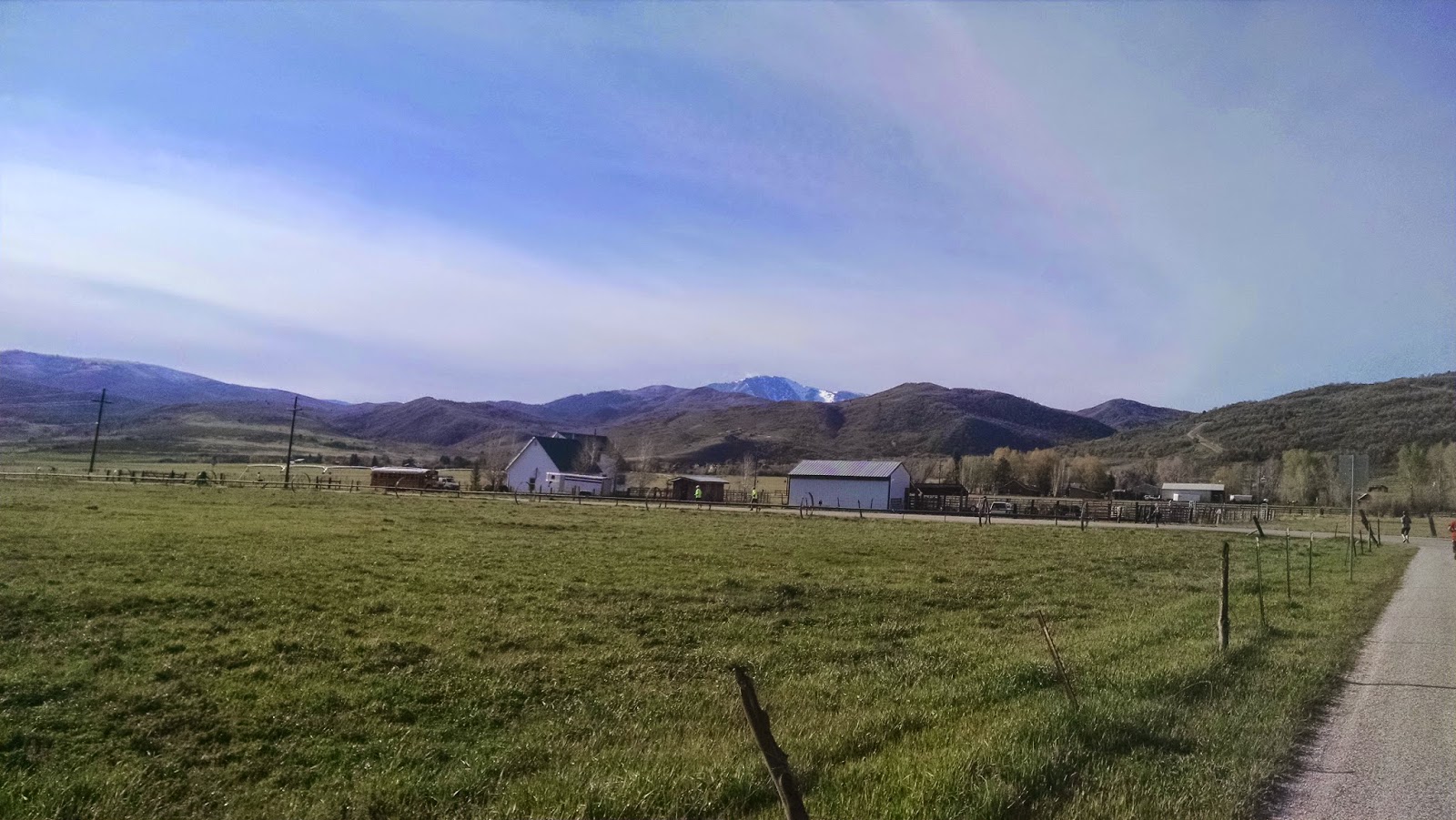 During the first couple of miles I was definitely running 8:20's to 8:40's.  The course has some rolling hills but there really wasn't too many really challenging hills.

I wound up making a 30 second (or so) pit stop at mile 5.  I really had to use the bathroom and so I found an open porta-potty and took care of business.  Around mile 9 or so I was beginning to wonder if I was going to have to hit it again (had gas issues).  Luckily, the runners had spread out a bit at this point so I could emit without pissing anyone off and was fortunate I didn't have to stop yet again.

Also around this time, I locked onto a group of runners.  Two women and two men.  I checked with them and they were running 8:30's or so and had Garmins.  I asked if I could tag along and we wound up running about 1.5 miles.  I was hoping we'd be able to finish the race together because I know my ego wouldn't let me get left behind.  They let me know they weren't racing, but using the race as a training run.  However, it was nice to have company and someone dial in the pace.  Unfortunately, they all stopped at a water stop and I continued on.

I began to have doubts whether the marathon I had run 2 weeks ago and this week's high mileage would kill my legs.  I am happy to report, that mostly they held up nicely.

I had a bad mile or so in the middle but the second gel I had must've kicked in and by the time I crossed mile 13, I felt like a machine.  My stopwatch was roughly telling me I was running low 8's and once I hit the dirt road on the way back I had a slight downhill and I wound up picking it up another notch.


Once I got off the dirt road, I really started to feel fatigued.  I'd go through periods where I was rocking and then I had to back off.  I was still passing a few people who were gassed.  I rarely have this sort of strength at the end and it was empowering.

I wound up crossing the finish line in roughly 2:40:50.  I suspect I would've beaten my 2013 time if I hadn't used the bathroom and had a working Garmin.  Either way, I was super jazzed with my performance and best of all, I felt like I could've done another 2 - 3 miles at the pace I was running.

Update:  My 2013 time was actually 2:42, so I did beat my time. It has been a LONG time since I've run a race better in a latter year versus an earlier year given the same set of circumstances.  Doubly excited now!

This was another successful race, in my opinion.  I really think downing the beet juice really helps and having up beat music keeps me motivated.  The beat is pretty fast and the music is positive, even though I don't understand much of the lyrics.

I have used the beet juice for about four races and each race has been successful.  It doesn't taste good  and I almost have to choke it down, but if it works.  For 70 cents a can I am running better and getting some additional fiber / vegetables in.  Score for me. 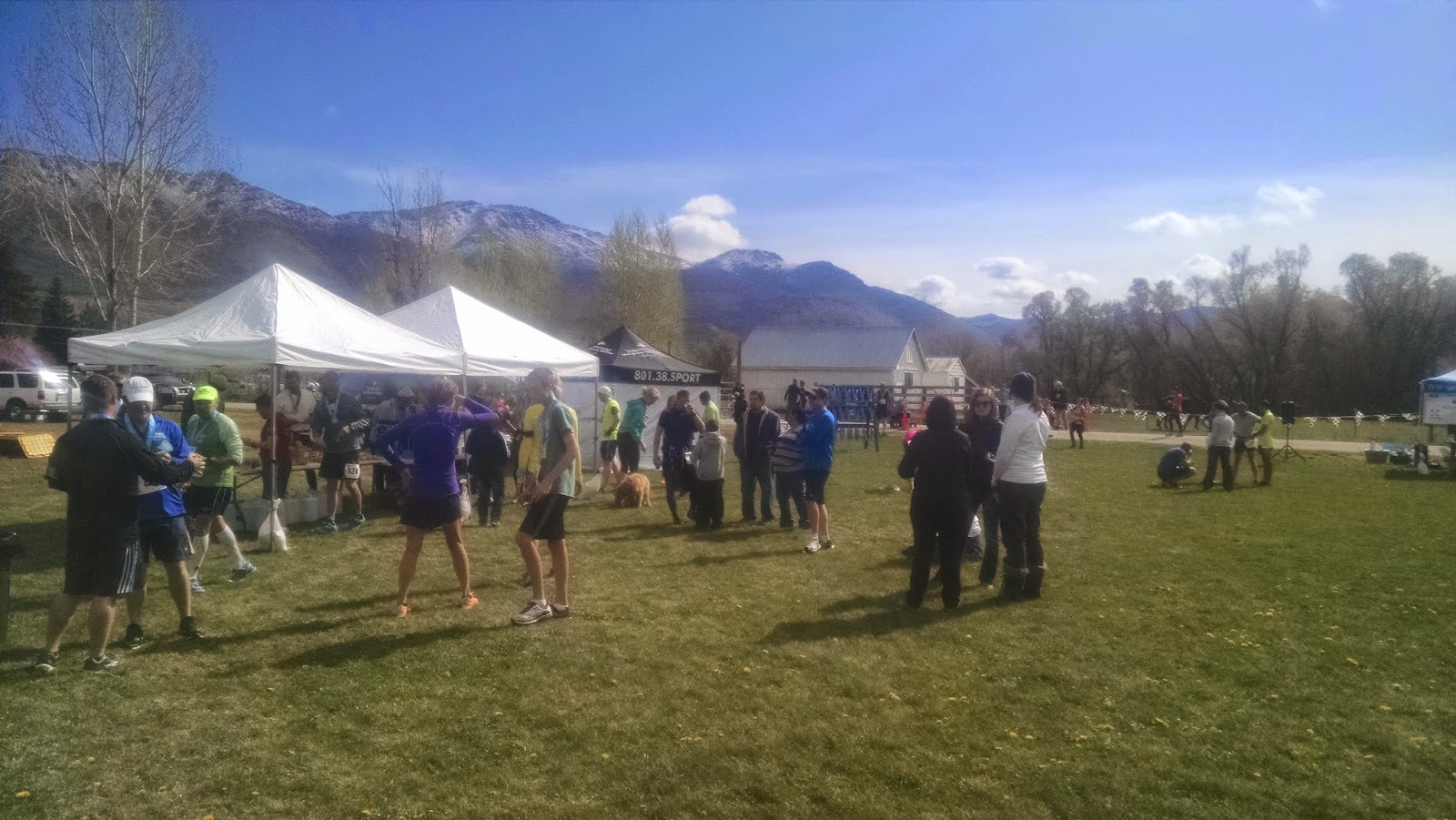 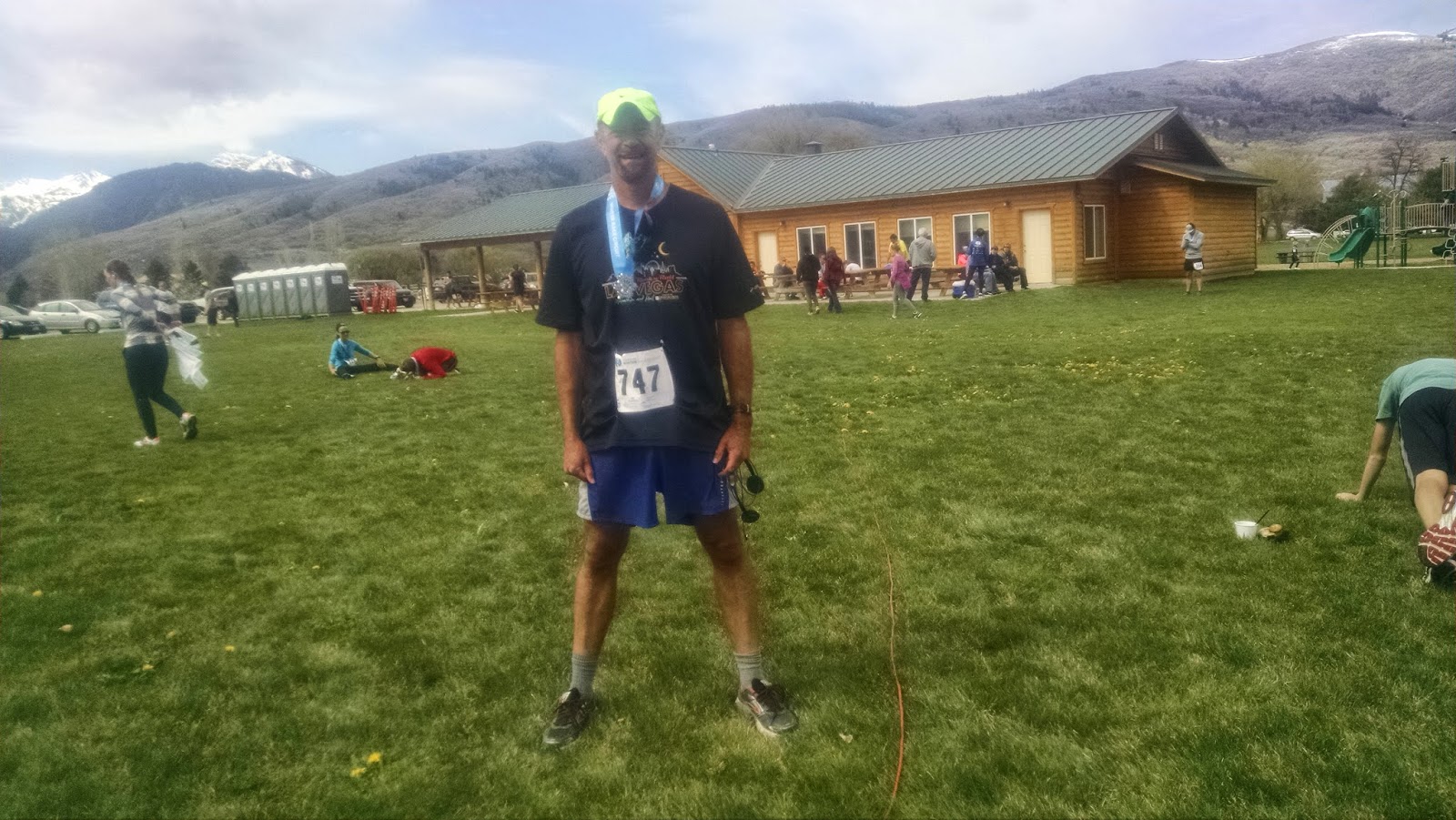 After the race I wound up making small talk with fellow runners.  I also met and got to talk to the executive director who coordinates the entire series.

This race wasn't a huge event as it is pretty close to the marathon and usually only full marathoners do it.  I would guess about 300 people were there.  The folks that did attend were friendly and there was plenty of food and drink.  There were sporadic people cheering you on throughout the race and you got a big "hurray" when turning the final corner.  Water and aid stations were well supported and roughly spaced out every 2 miles or so.

I paid $60 for the race, which included the service fee a few days before the event - which I felt was a fair price.  I've been giving the shirts out to people at work since they use the same shirt for each of the races.  I was sort of sad to see the same medal given out that they used for the half, but I'll live.

Overall, I felt wonderful.  While I saw a bunch of people laying in the grass groaning and moaning, my legs really felt good.  Even several hours later, I feel like I did a 15K, not a 30K.  So all the additional miles seem to be paying off.

After the race I toyed with going to the hot springs, but I didn't really bring all my gear that I usually like to bring.  I've been putting a lot of miles on the car as well, so I pointed the car south and hit up the Layton Golden Corral again.  The folks there missed me as I haven't been in a few weeks.  Luckily they still remember me.  I didn't eat a huge amount, but I did it justice. 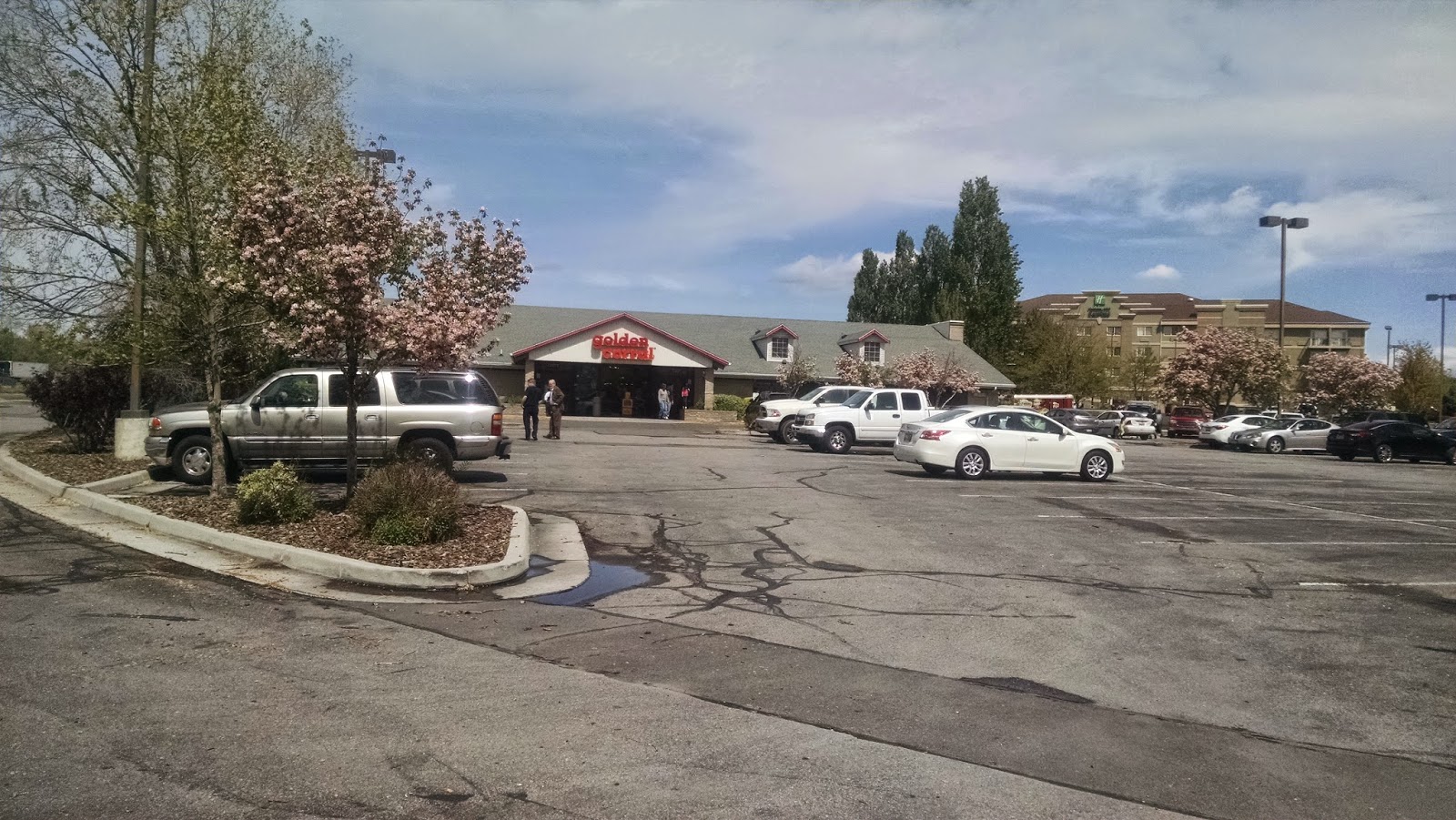