One of my favorite things to do while on a vacation is to go for a morning run.  There is nothing like seeing what the locals see when you are a tourist and one way to do that is to go exploring on a run.

I got up early and threw on a pair of shorts, grabbed my phone and key and headed north off of Mesquite Blvd from the Casablanca Hotel and Casino with no particular destination in mind.  I wasn't sure how long I was going to be able to go on account that less than 48 hours before I had just run a marathon.

I felt good right off the bat and in fact, I was excited about seeing the rest of Mesquite.  I've done a drive or two through town but never really was able to go down any side streets.  This was all new territory and I'd be able to see what the east side had in terms of amenities.

Since I was heading north, my first stop was at the now defunct Oasis Hotel and Casino.  It looks like at one point it was a very cool casino, now it is just a parking lot.  Sad to see what the recession has done to the Vegas area:

After a few blocks I came to a traffic light and since there was a cop there and the light was flashing "Do Not Cross" I wound up hanging a right and headed east.  Besides, continuing to go north looked like an endless row of traffic lights, gas stations and fast food places.  Not fun.  I am glad I did as a few blocks later I crossed the Virgin River over a pretty cool bridge:

Then I came to a bike trail and wound up going south on there until I had crossed into Bunkerville.  Bunkerville is probably most noted for the current fight over grazing land presumably owned by private citizen and the feds wanting back taxes.

I ran for a while a few miles on the bike trail.  It was well kept up but it could've used a drinking fountain.  There were a few other cyclists out but no runners.  It was getting warm and occasionally I was getting a little bit of soreness in my hip, so I wrapped it up and headed back to the hotel.

I also have to say that Mesquite and Bunkerville have the widest streets ever.  You could drive the titanic down the middle of it with room to spare.  Maybe they were prepared for growth and planned wisely. 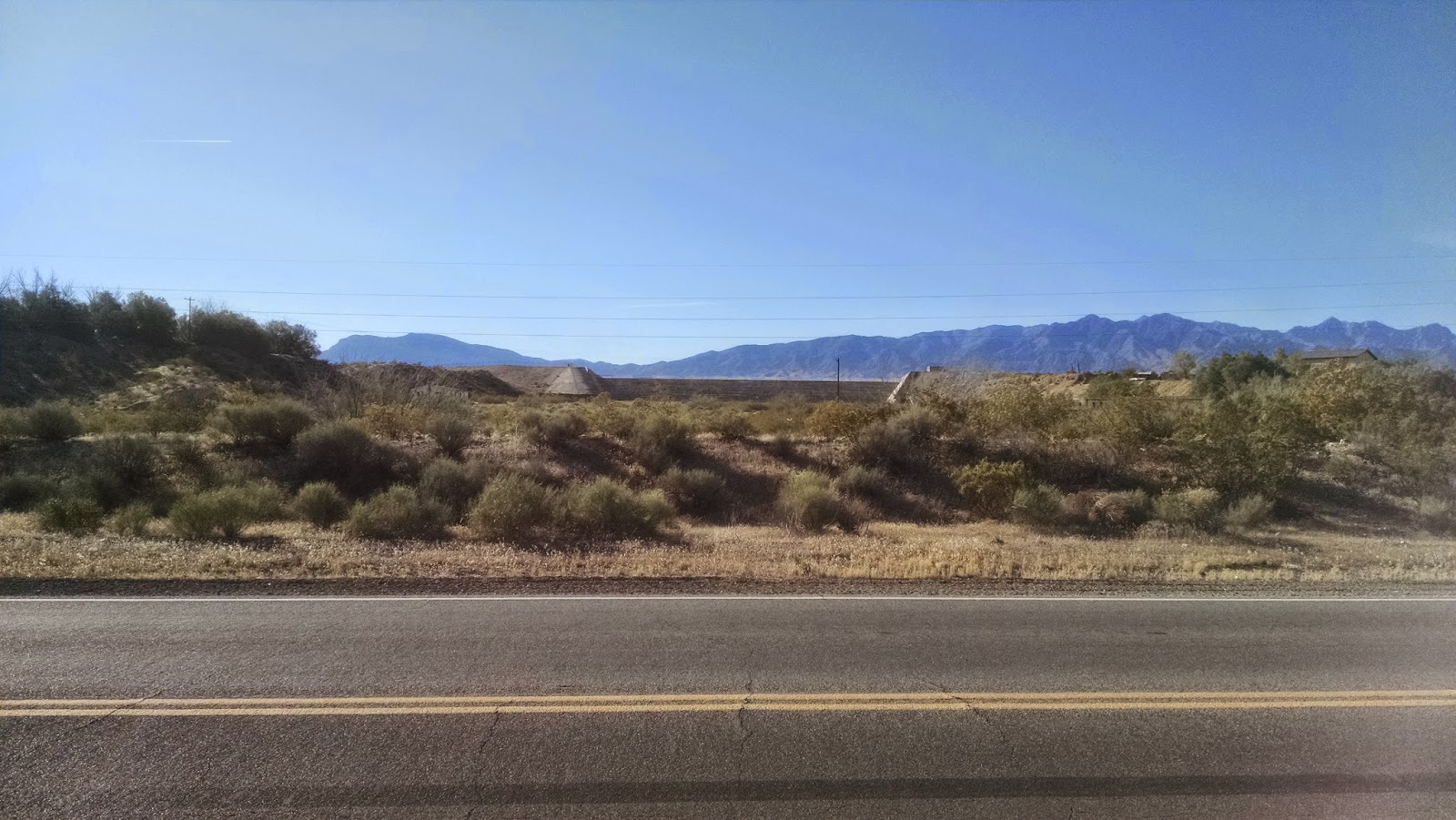