I finally had a moment to go for a hike today.  This weekend has been super busy with shopping for new house stuff and while I could ill afford not continuing to pack "stuff" I decided to make a venture up into the mountains.

We've had some unseasonably warm weather here and I remember last year at this time drudging through cold and snow to get my training runs in.  This year it is a world of difference: shorts and t-shirts are the norm with temperatures in the valley hovering around 50.

Either way, after getting in my work out, I headed up to Lake Blanche.  This is a 2.85 mile hike (one way) with a steady climb of about 2700 feet.  This is a "short" hike but tough as the elevation climbs pretty quickly.  I had my doubts about whether I'd be able to do this hike on account it is a north facing trail and there tends to be a lot of snow on the trail.

I wasn't alone in taking on this trail, encountering at least 20 other hikers while there.  At the base, the temperatures were in the low 40's and warm, while at the top at Lake Blanche, I froze.  My guess is the temperature was in the upper 20's / low 30's.  It made it chilly because my clothes were soaked with sweat and there was a stiff breeze up there.  Luckily I packed heavier clothes, but it was still chilly.

The first mile of the hike was mostly muddy, but not that bad.  There were some patches of snow / ice.

At about the mile mark the trail was consistently packed snow / ice.  It wasn't bad going up but coming back down I had to do a bit of "butt skiing" in places.  I did wipe out a few times, but for the most part it wasn't that bad.

Also at about the mile marker I met another hiker who warned me that there were a pair of moose up on the trail about 200 yards ahead.  I think he over estimated the distance to the moose as about a minute or two later I spotted them less than 10 yards off the trail.  Two males with huge antlers.  They were fighting amongst themselves and didn't seem too happy to see me (and another hiker that I ran into).  There was another pair of hikers further of the trail snapping pictures and they had recently passed the moose.  I think with that many people on the trail the moose got spooked a bit and gave us access and backed off the trail.

On the way down, there were another quartet of them in the valley.  Luckily they were safely in the valley and while they didn't appreciate my presence and the other 3 people that I happened to run into, they couldn't really do much.

All in all, I had a good hike.  This is very likely my last hike of 2013.  The moose population seems a lot more active and they are in rutting season.  Also, I really should be going up there with spikes / snow shoes and the weather is getting more difficult to deal with. 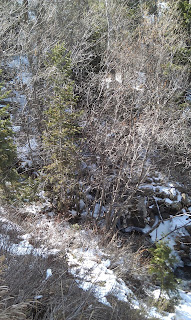 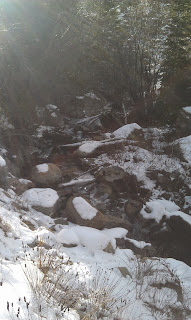 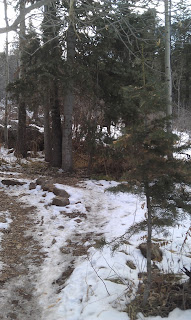 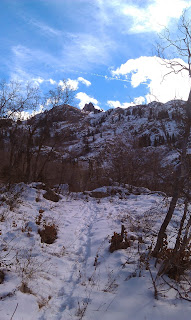 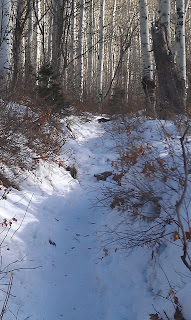 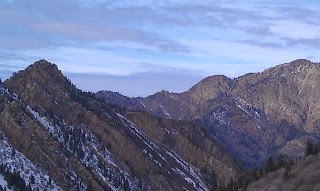 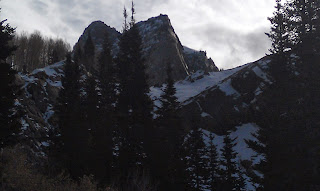 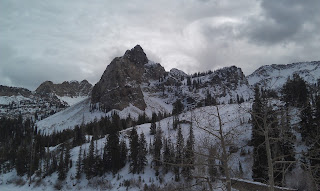 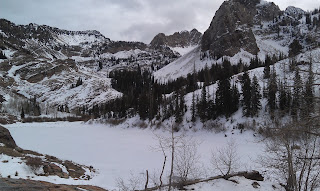 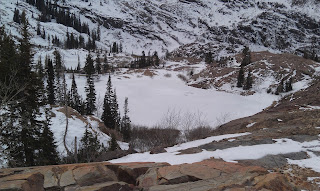 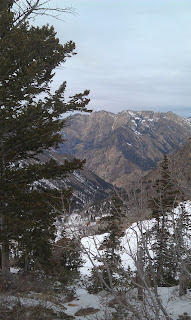 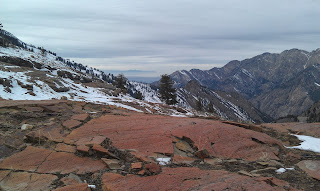