This Week in Running September 1 - Sept 16


Well last week I made it official:  I am running the half marathon for Vegas this year.  Last year at the expo I had signed up for the full marathon with the full expectation of running it for the 10th time.  However, after last year's rough experience it left a sour taste in my mouth.

This year I fully expected to get revenge.  However, with all the twists and turns life threw at me this summer, I really didn't put in any base work.  And once I was able to get some miles in here in Utah I just found that my desire to run 26.2 just wasn't there.  My long runs seemed to be a lot harder and my excitement over the upcoming event was more "oh crap"

So the fine folks over at the Rock 'n Roll marathon allowed me to fairly painlessly switch distances.  I am sure standing in the corral before the race I'll be sort of sad but by mile 10 when the full marathoners split from the half, I'll be counting my lucky stars.

I do feel like I punked out and I was sort of down on myself for a day or two, but now I have a sense of peace over the matter and I can probably enjoy Vegas a little bit more.

2018 will probably go down as the first year I have not run a full marathon since 2009!


Now that I don't have a monkey on my back as far as training goes, I have been logging about 30 to 40 miles a week in.  I have been using short races to work on my speed.  In addition, I've been doing a lot of stride work -- roughly a mile of them after a general run.

My long run sits at 16 miles.  I did one last Sunday and the first 12 or so went well enough but the final 4 turned into a death march.  I think it was on that run that I decided I better switch distances. 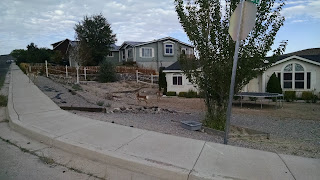 In short though, I've been having fun.  I've been cross training doing some weekend hiking which builds cardiovascular and leg strength without the pounding that comes from running.  In addition, I've been doing some trail running out in West Wendover NV (I seem to be finding myself out there quite a bit now that I am back in Utah). 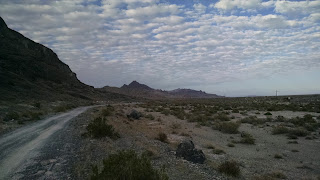 I've always enjoyed exploring canyons -- even as a cigarette smoking teenager in California.  I'd just poke around on the various trails and seeing what I could discover.  As an adult, I still have that wanderlust.  I know it probably seems weird -- seeing a near 50 year-old man running out in a desert canyon where only ATVs go, but that's me. 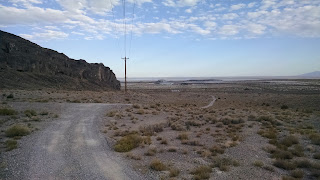 Overall my training is fairly routine.  And I am enjoying being a casual racer and yet still carrying a full training load.

I am sure my race card will fill up soon again.  I've been taking it week by week in determining what I want to race.  I hope to be doing a "cool" race soon.