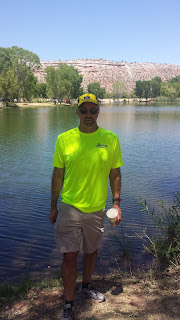 One our trip to Camp Verde for the weekend, my brother and I opted to swing by Dead Horse Ranch State Park.  The park is on the edge of a town called Cottonwood.  It is a very short detour off the road to Jerome, Arizona -- a popular tourist town.

Admission was $7 per car and we rolled in, it was a hot day in the mid 90's.  Despite the town being at a pretty high elevation, it was really warm and the sun was intense.

Our first stop was to the park's lagoon.  It was definitely the most popular place there as people had brought lunch and their fishing poles in order to do some fishing.  I didn't see much catching, however. 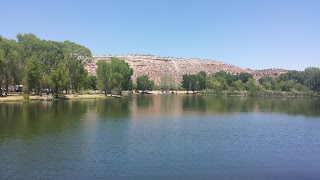 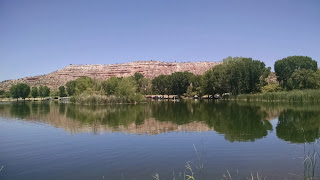 Walking in the heat wasn't too bad and we made the roughly mile walk around the lagoon (I am not even sure it was that far). 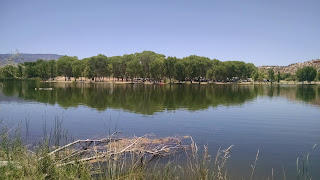 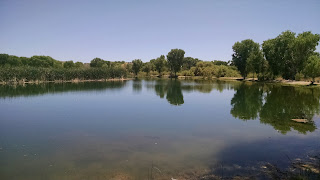 We were left scratching our heads as we wondered if this was "it".  We had an entire afternoon to kill and all we had accomplished was a short walk that had killed about 30 minutes.  I think we were both moderately disappointed.

If you look closely at the background you'll see some hills rising over the end of the lagoon.  I saw a young man sitting at the top and I just had to get up there.  Luckily we spotted a trail.

I had brought plenty of water just in case we found a trail, so we went back to the car, moved it closer to a trailhead and figured we attempt to take the trail that would presumably take us to the top of the ridge and then head back -- it wouldn't be too far.

My brother and I had stumbled onto the Lime Kiln Canyon Trail.  This is a totally exposed trail with very little (if any) shade.  It does climb fairly rapidly but it is short lived and before you know, it is fairly flat and would've been great for trail running (if we were running).

The trail does in fact lead to the ridge overlooking the lagoon.  However, you will have to trail blaze a bit.  It'll be fairly obviously as others had the same motive.  I was a bit surprised they didn't have an official trail to the edge though.

My brother and I wound up taking the trail to Rattlesnake Gulch Overlook.  This was about 2 miles one way.  Again, it was easy to do after the initial brief climb and there were plenty of canyons, rock formations and desert fauna to take in along the way.  It was just extremely warm.

The trail is well defined and at important junctures, it did have signs directing you where to go (there was only one).  We were the only ones (foolish enough) to do the trail that day.  There are no resources on the trail -- drinking fountains, bathrooms or water.  So be sure to bring plenty of supplies.  Cell phone reception was good.  I do believe that ultimately the trail will take you to Sedona.  The trail also appears popular with cyclists and horse back riding.

Be sure to study the maps before you go.  There are looped trails you can do.  However, do to the heat, we cut our hike to the minimum.  We totally loved it and would love to do a larger loop when it cools off. 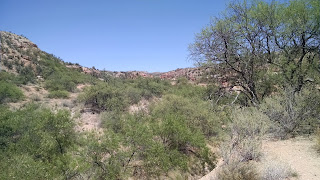 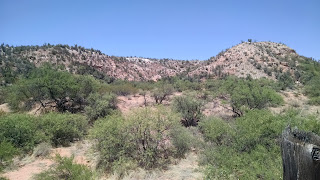 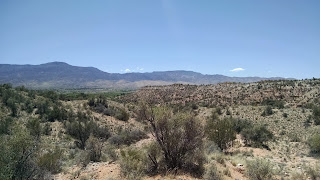 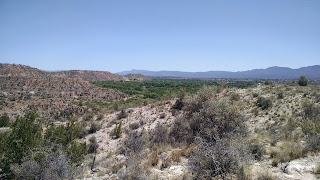 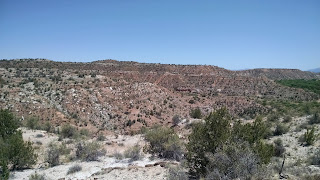 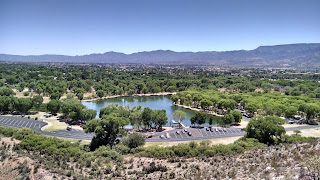 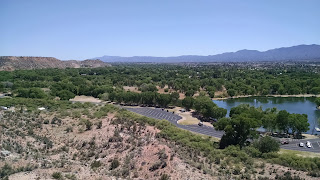 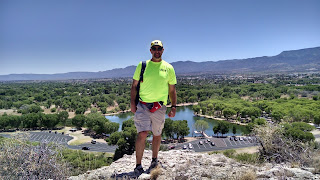 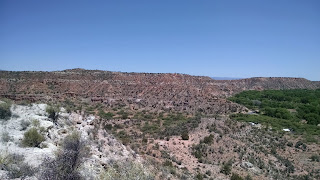 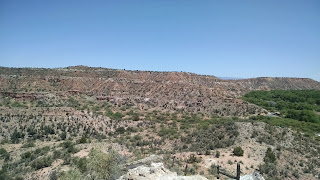 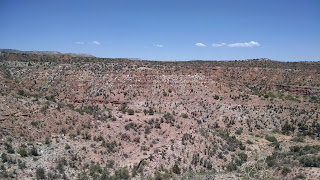 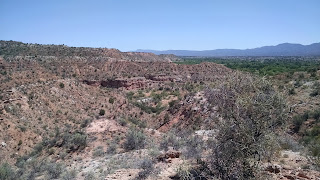 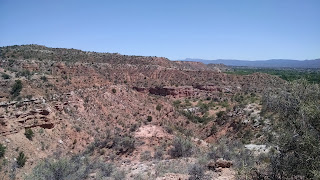 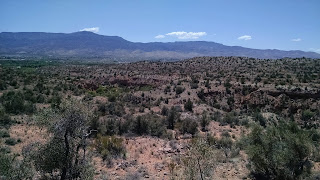 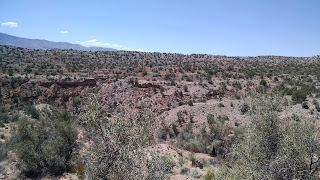 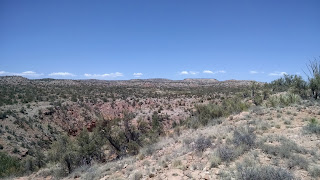 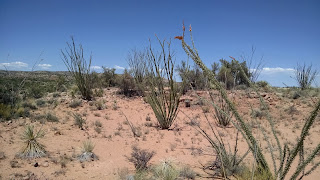 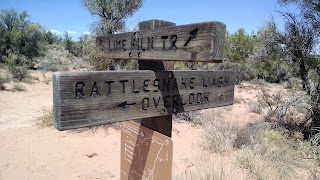 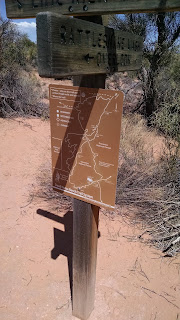