We've been talking about making a West Wendover / gambling trip for quite some time.  The last time we hit a casino was when I went to Vegas on my way to Arizona to run the Desert Classic Marathon.  Shari hadn't been to Wendover all year.

I suspect we would've gone sooner but so far this year Wendover has been stingy with their Sunday comps.  Sure we could get $5 free play and a 2-for-1 buffet but we needed just a little more to make the 110 mile trip worthwhile for us.  Not to mention, I had some hospital bills I had to pay.

So Shari thought I was joking when I said, "Hey let's go to Wendover" after eating a stack of pancakes and running 8 miles.  But I was serious and said if we could be ready to roll in less than 15 minutes, then "I was in".

So no less than 15 minutes later we were at the bank getting a few extra bucks and then hitting the I-80 at 83 mph on our way to Wendover by 11:30 am.

Normally when we go to Wendover our first stop is Montego Bay for a buffet.  But since we had just eaten we could start right in at the slots.  The Rainbow is usually our last stop, but today it was our first.

Shari and I went our separate ways and stuck a few bucks into our favorite games.  I usually don't do well at the Rainbow but my luck was actually pretty good.  At one point I was up about $50 but I managed to play for over an hour and "only" be down about $30 - $40.  While I hate to be down money, I felt like I had gotten a good amount of entertainment.

The comp of the day was the Krazy Kiosk game.  Basically you play a few bucks, go swipe your card and you get a random prize.  Personally, I think the reward is geared with how much play you've done in the recent past.  You can win everything from tier points to free play.  I wound up snagging $5 in free play and Shari got 30 tier points (which aren't too worthwhile to us since we'll easily make gold level but it will take some serious effort to get to the next level).  We also printed out our 2-for-1 buffet pass and another $5 free play coupon.

My stomach started to growl soon after 3.  With all the running I am doing, I am constantly hungry.  It is a running joke at work at how much food I have stored in a drawer.  Since our favorite buffet in West Wendover is Montego Bay, we made the 1 mile drive over to the state border.  I was disheartened to see the buffet closed until 4.  My stomach was doing some serious growling and some times I could feel my blood sugar running on "E".

We opted to gamble a bit to kill some time.  Shari wasn't winning but I managed to put a dent in my losses by playing some low stake video black jack.  I also dared my luck on Super Red Phoenix and scored a pretty nice win: 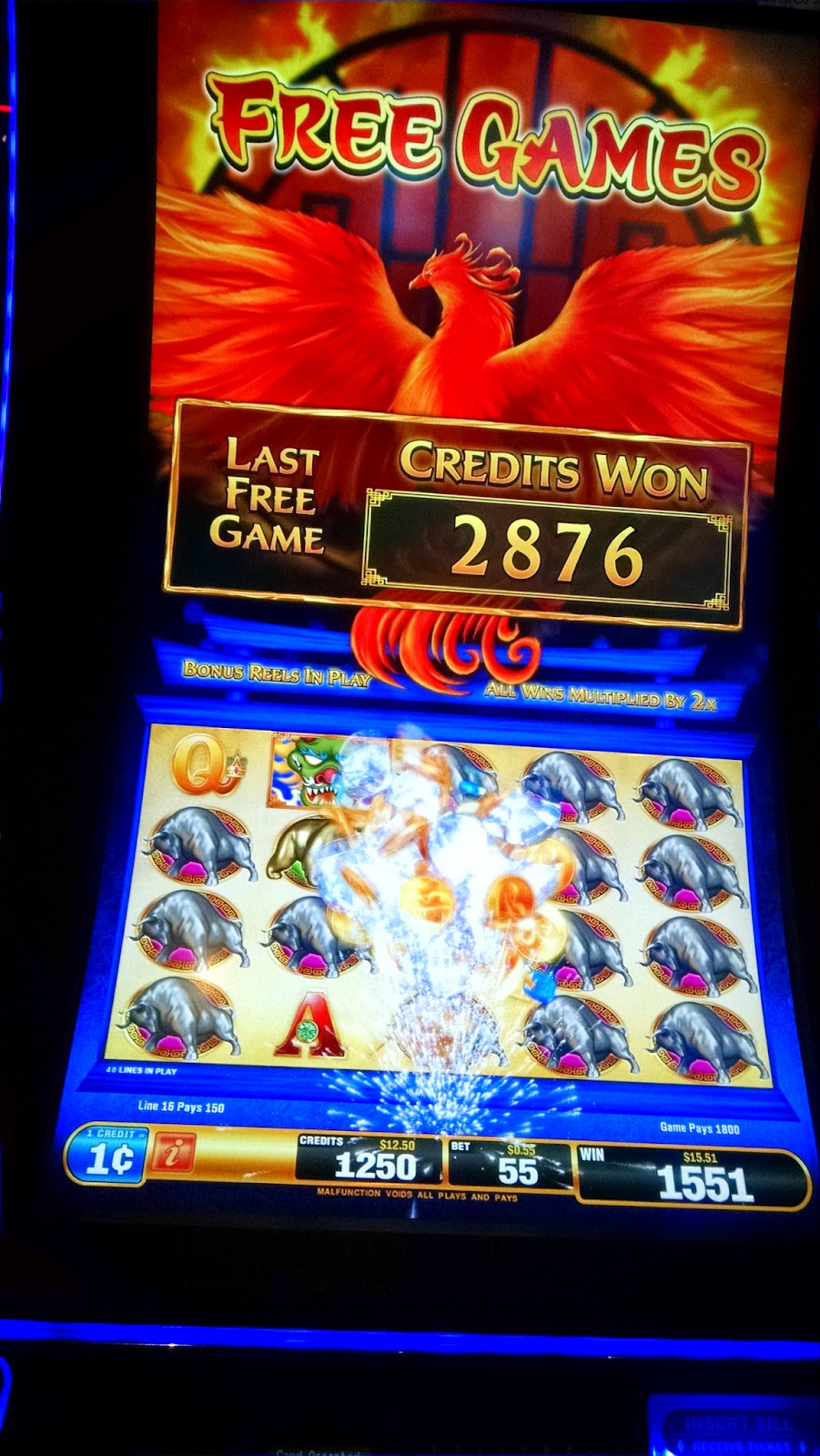 By the time it was ten minutes to 4pm we sauntered over to the buffet line.  I was surprised at how long the line was to get in.  It wasn't a terribly busy day but it seemed like everyone in the casino was ready to eat.  Luckily the line didn't take more than 15 minutes before with sugar-depleted hands I was filling plate after plate.

I did set a new record for eating.  Normally, I eat 3 plates of food followed by a dessert (like a slice of cake) followed by fruit.  Today I crushed that.  Shari was so tired of watching me eat for over an hour she got up and left me.  This was the second time in my life where they started to clean the table while I was getting more food.  I was afraid they were going to throw me out. Maybe there's room for me in the Professional Competitive Eating Circuit: 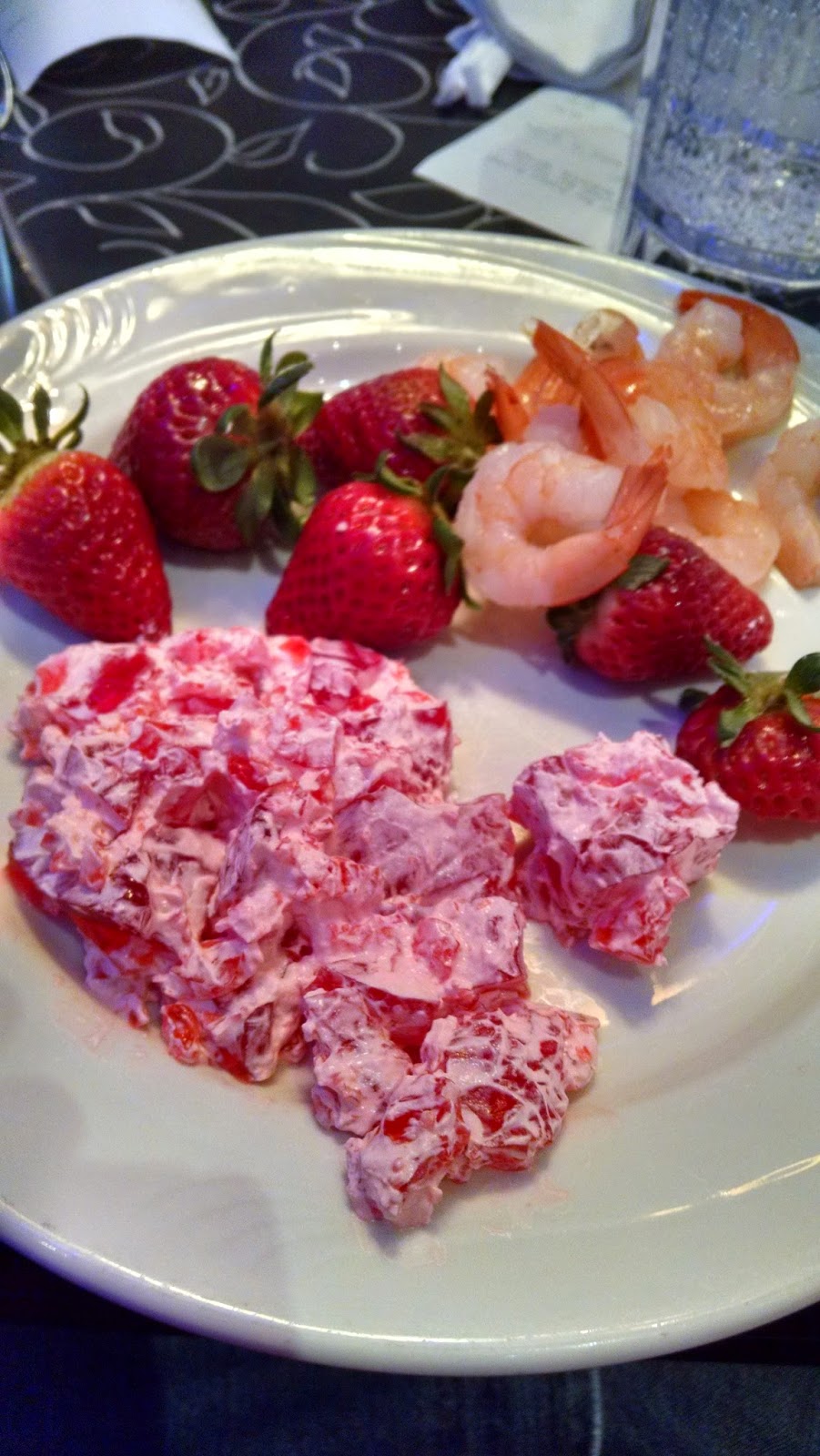 With stomach full (at least for about an hour -- seriously), we decided to end the day at the Peppermill.  It was pretty quiet there and I could pick out just about any game I wanted to play.  Normally my luck at Peppermill has been hit and miss, but today it was really good. 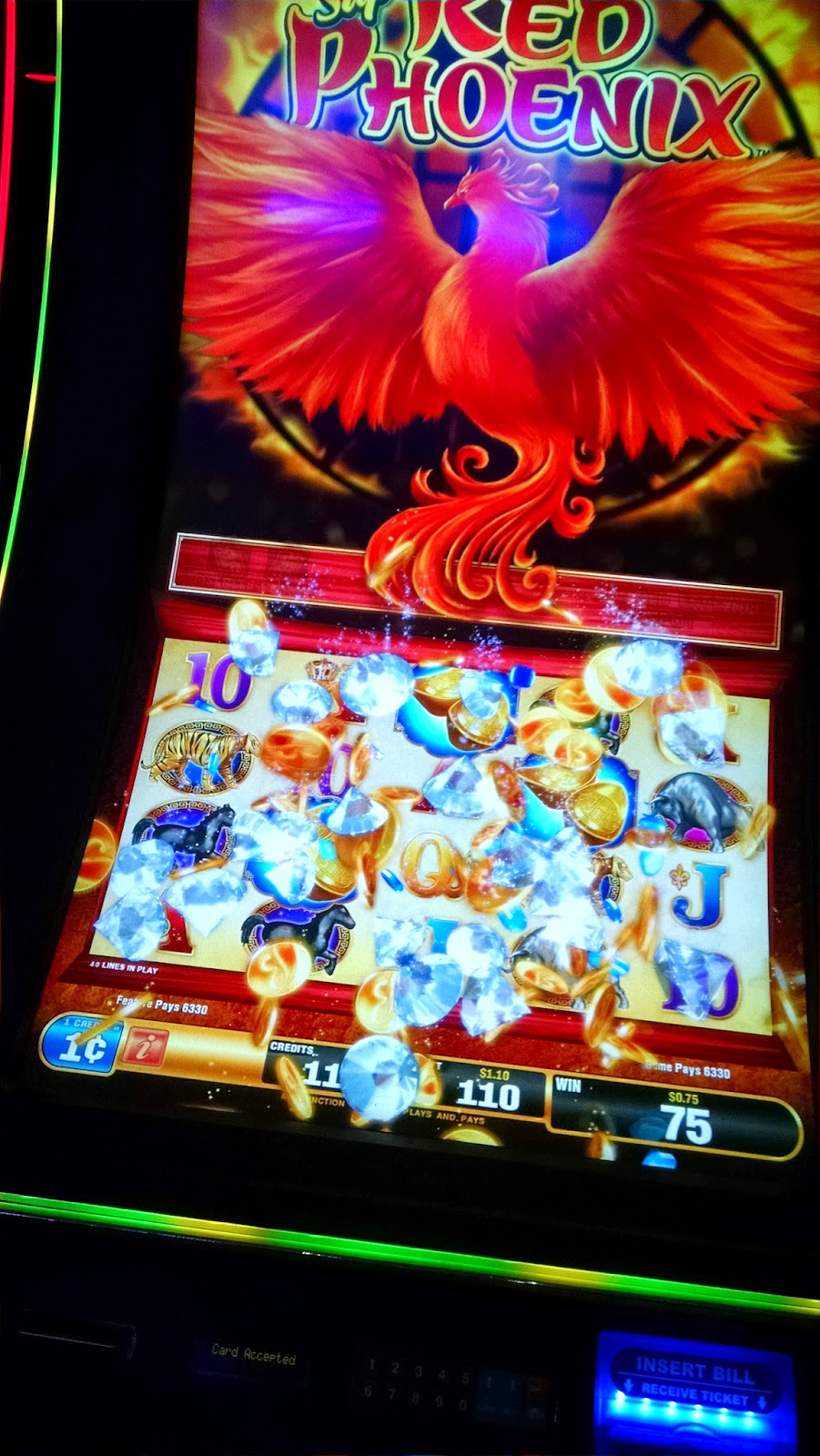 I plunked a fresh twenty into its neighbor: Super Rise of Ra and scored another $50 bonus round: 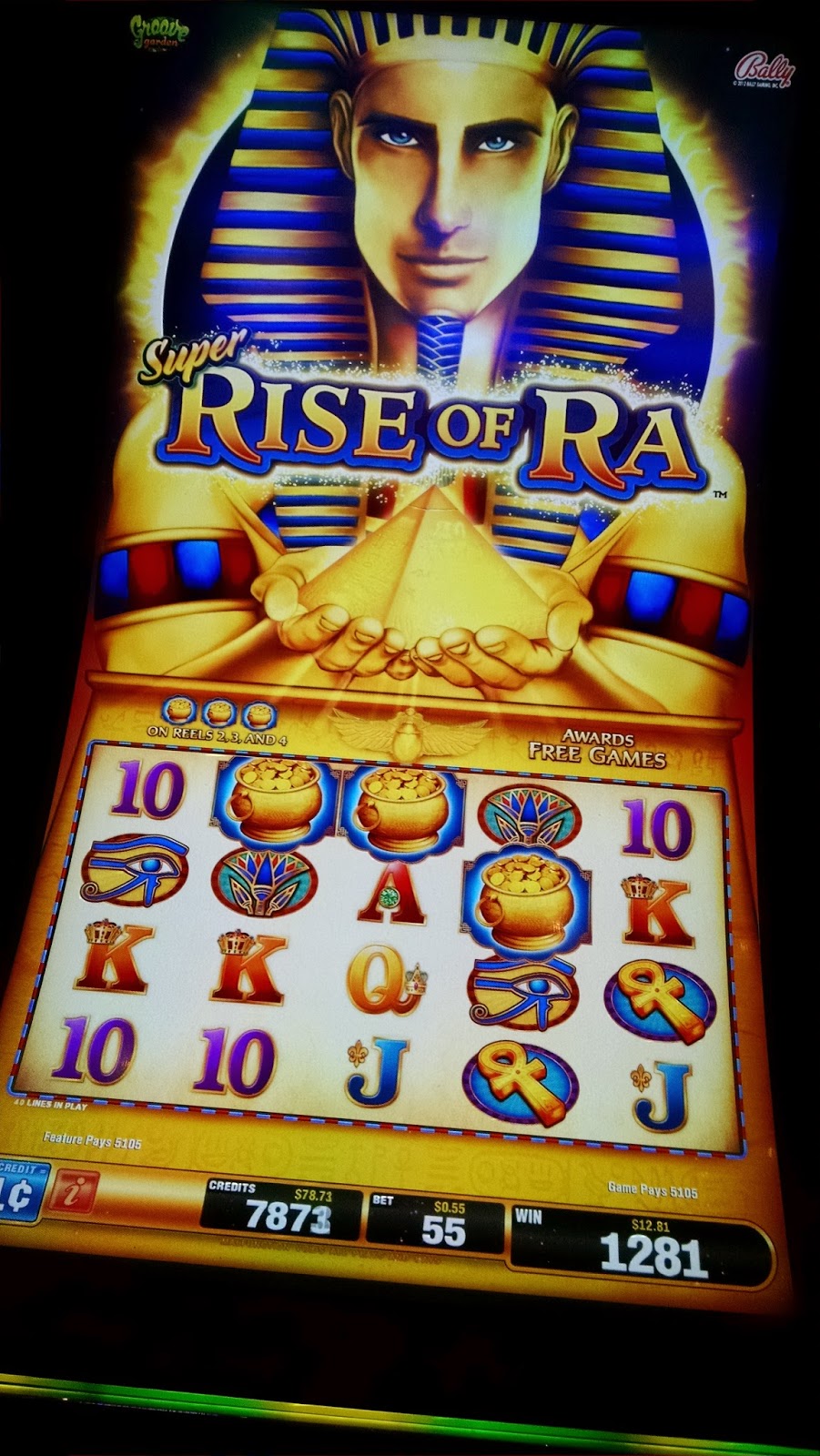 I wandered around and wasted a few extra bucks into some non-paying Fu Dao Le machines before I came back to my original bank of machines.  I nailed a nice $70 bonus round before moving onto another Fu Dao Le machine and getting the pick'em bonus for a $28 minor win (just about had a heart attack when I missed by one pick the $900 major jackpot). 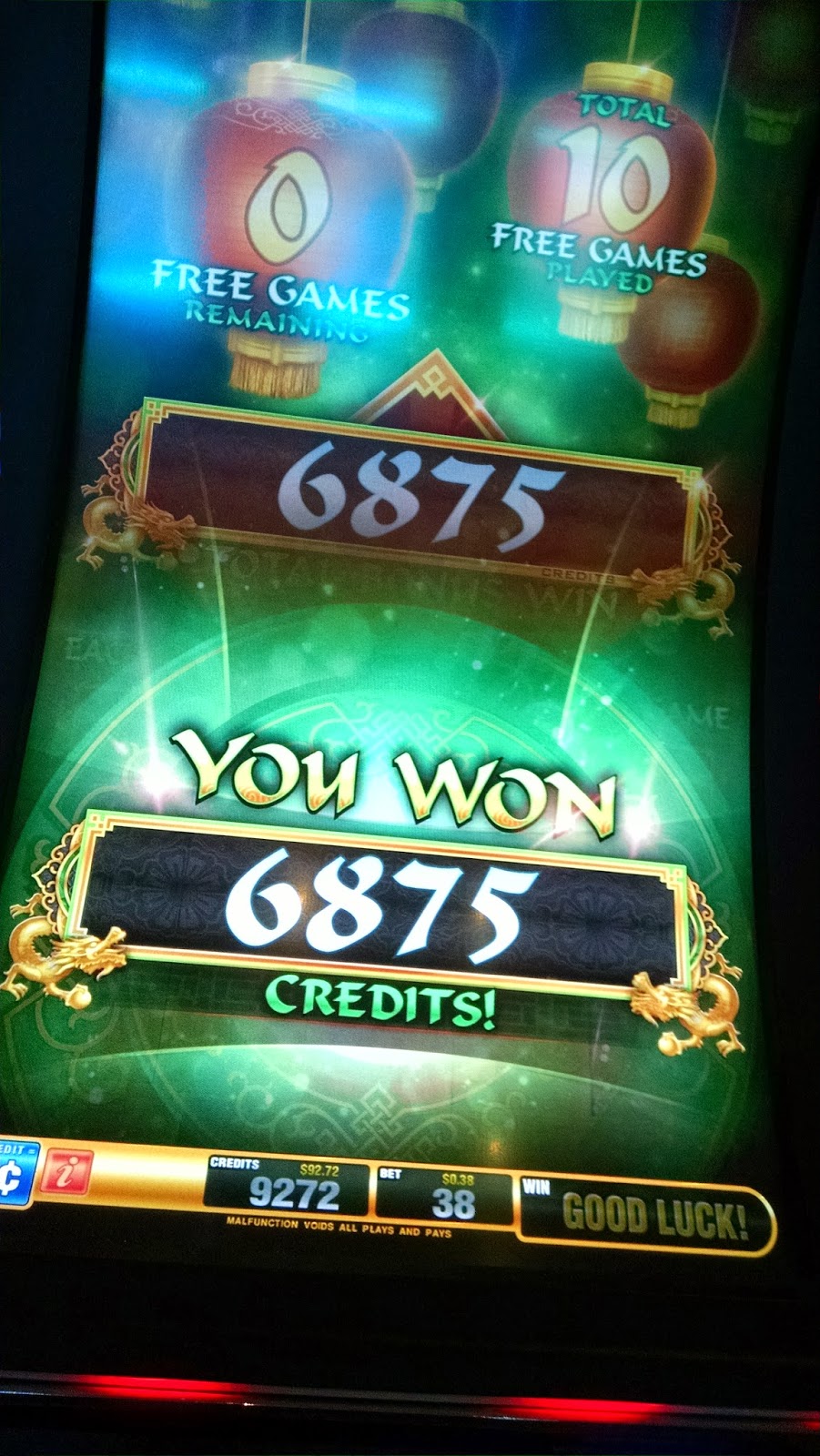 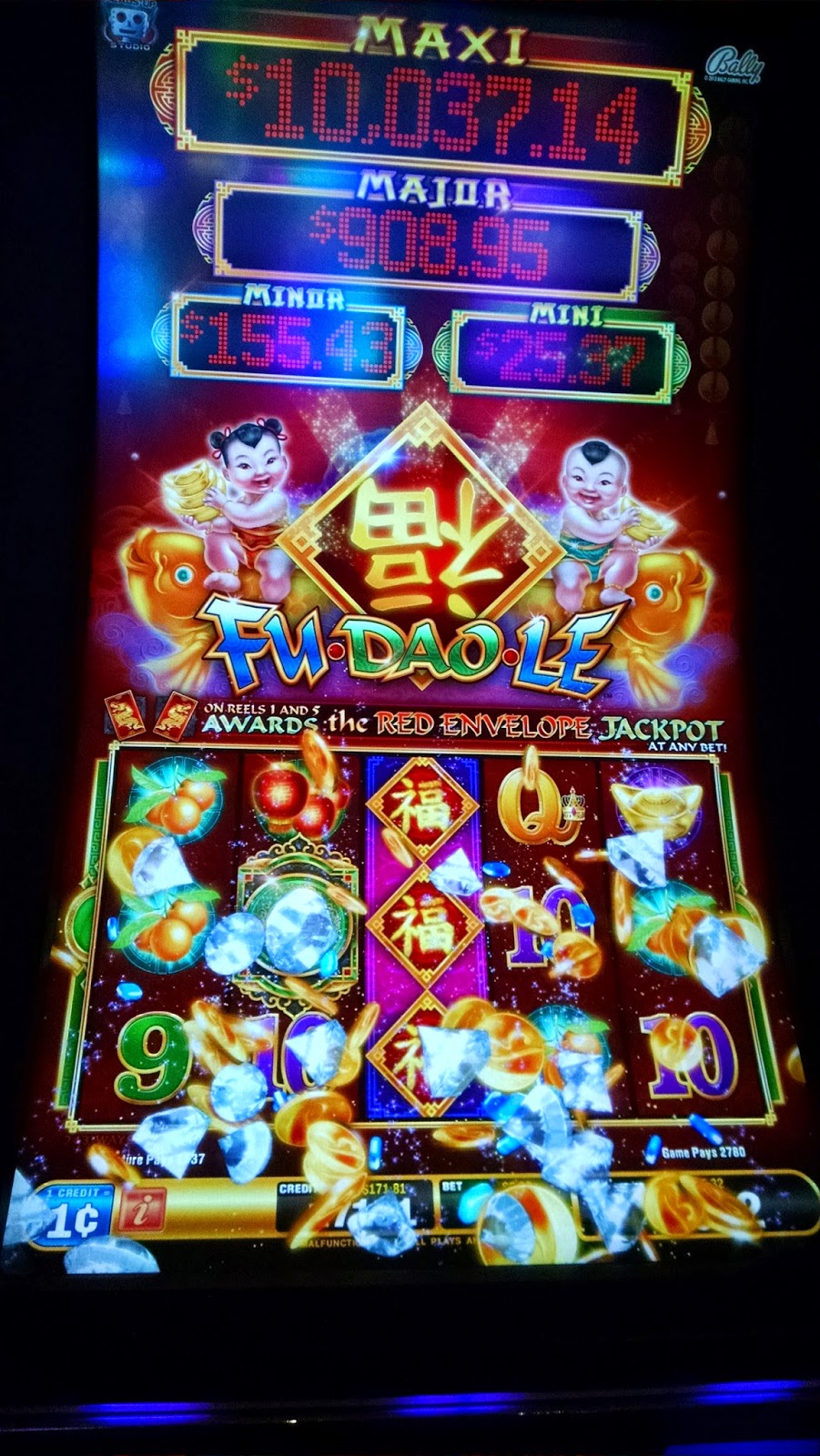 I was up about $50 for the day so we decided to call it a day.  Shari lost about $60 and wasn't having any luck.  Overall though we ate very well for under $20, got some free play and I came home a few bucks richer.  Also, we got about 5 hours of entertainment for our efforts.

The ride home was uneventful.  I managed to snap a quick picture of the Bonneville Salt Flats.  Sorry for the dirty car window, but it was unplanned and I was trying to capture the mirror-like water on the surface: