As I am preparing for my marathons, I am looking forward to doing a bunch of halfs marathons to keep my speed and race focus dialed in.  This weekend, I selected to do the Winter Striders Half Marathon.  This race is part of a series which includes a 5K, 10K, 10M, half and 30K.  It culminates with their marathon in May.

I've run the Winter Striders 30K before and I haven't been back up to the Eden / Huntsville area in quite some time.  I always forget how peaceful and pretty it is.  It is no wonder they call it Eden, as it does seems like a picturesque version of heaven. 
This was an early race! The race started at 7:30 and since it is about an hour drive, I was up at 4AM and left the house by 4:45.  I arrive just before 6AM, which wasn't good.  Their bib pickup was only open until 6:15 and I had to be on a bus by 6:30.  I also got one of the last parking spots so I made it just barely in time.  After about a half mile walk I finally found the bib pick-up and within a few minutes had my bag and shirt.

I then jumped on a bus for about a 25 minute ride to the top of the canyon.

The temperature in the valley was hovering in the upper 40's but in Eden, the temperature read 32F.  Luckily there was no rain or wind, but it certainly was a chilly morning.

I had to wait an excruciating 15 - 20 minutes to use the bathroom.  For as many runners as they had, I felt like they really didn't have enough bathrooms.  I suspect some people used the adjacent fields.


I had about 3 minutes to spare after using the bathrooms before they announced the call to throw your gear bags in a truck.

I opted to wear my baseball cap, two t-shirts, my thin gloves and shorts.  My hands were frozen at the start but after a few miles I was running while carrying my gloves.

The first 5 - 6 miles are mostly downhill and it is tough to hold back.  I found myself running 8:00 min / mile comfortably so I just went with it.  I was pretty pumped up with my KPop tunes (I am on a Fin KL Kick of late)

The race is held on the main drag and they had the traffic pretty well protected.  However, I don't think a lot of the locals are happy about the races up there. I've seen it more than once where an angry pick-up truck driver is a little careless around the runners.

There are some stunning views of the Pineview Reservoir and the whole area is just tranquil and fairly rural.  This half marathon also follows the first 13 miles of the Ogden Marathon.

I haven't run sub 1:50 in a LONG time.  I knew it was going to be a good day from the start (perhaps the beet juice ritual is working).  Granted, I had a 500 foot elevation drop to help, but I felt pretty good throughout the race with the exception of the final 2 miles.  I think all the miles I've put on my legs just made them unresponsive and the downhill and had just beaten them up.

After the race I collected (my very cool) medal and ate a slew of oranges (I am on an orange kick of late).  I didn't really know anyhow, so I wandered back to my car and took off.  They really did a good job with this race and I'd be happy to do it again -- although it was a little on the pricey side: $60... 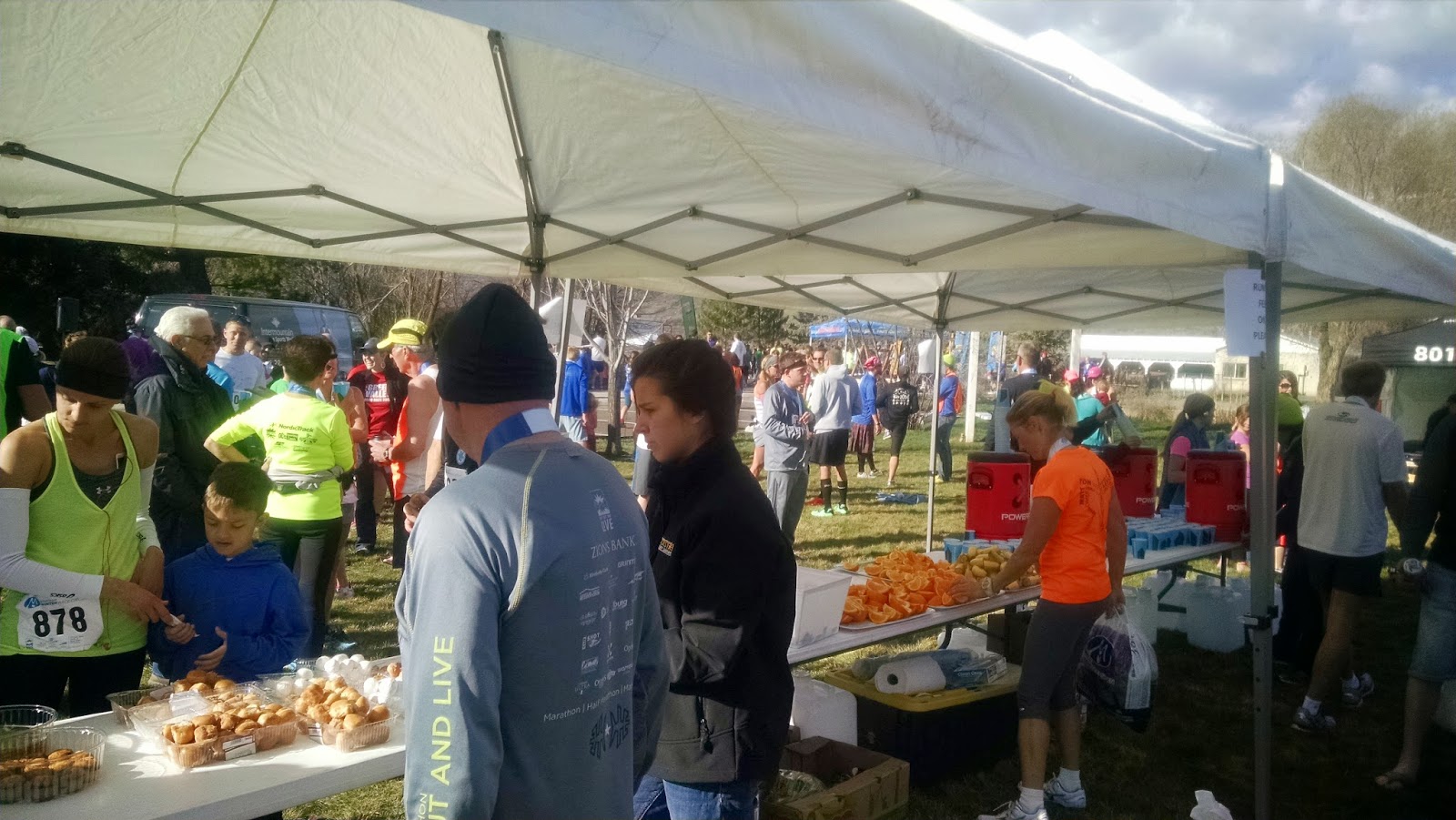 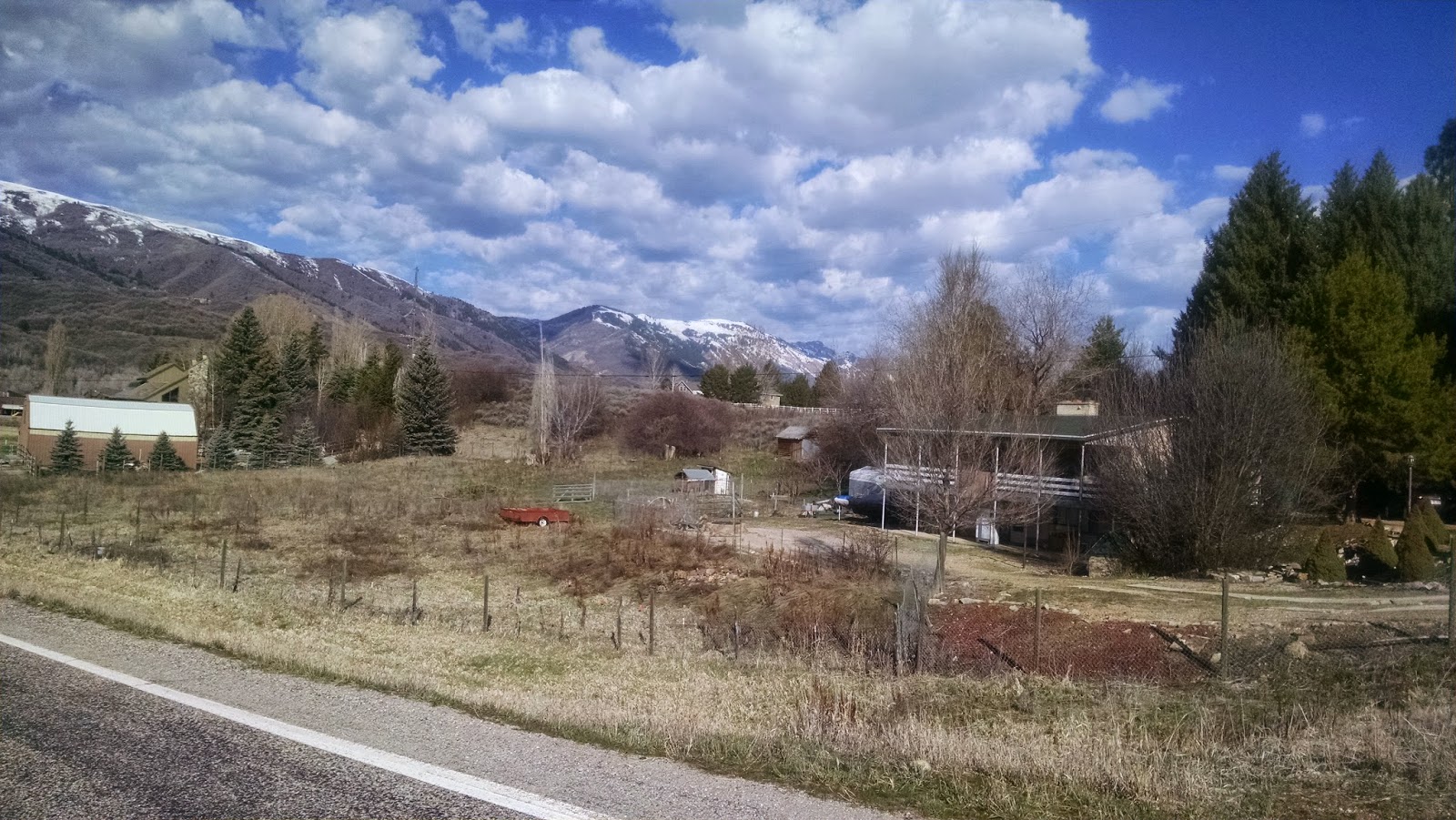