Last year, I ran the Riverton Half Marathon and since it is a very affordable race (about $43) and about 15 minutes from my home, I opted to have another go at it this year.

The Riverton Half Marathon is a challenge but actually one of my favorite courses to run.  I like the changing the scenery and the semi-party atmosphere that surrounds the event.  The city really goes all out to make this feel like a big-time event.  The course isn't flat and offers a challenge by giving different muscles a chance to work at different times.  For every uphill there are a few downhills.

Also, running a half marathon at this point in the season will help me gauge my overall fitness level and give me a baseline as to what I can expect to run a full marathon in. 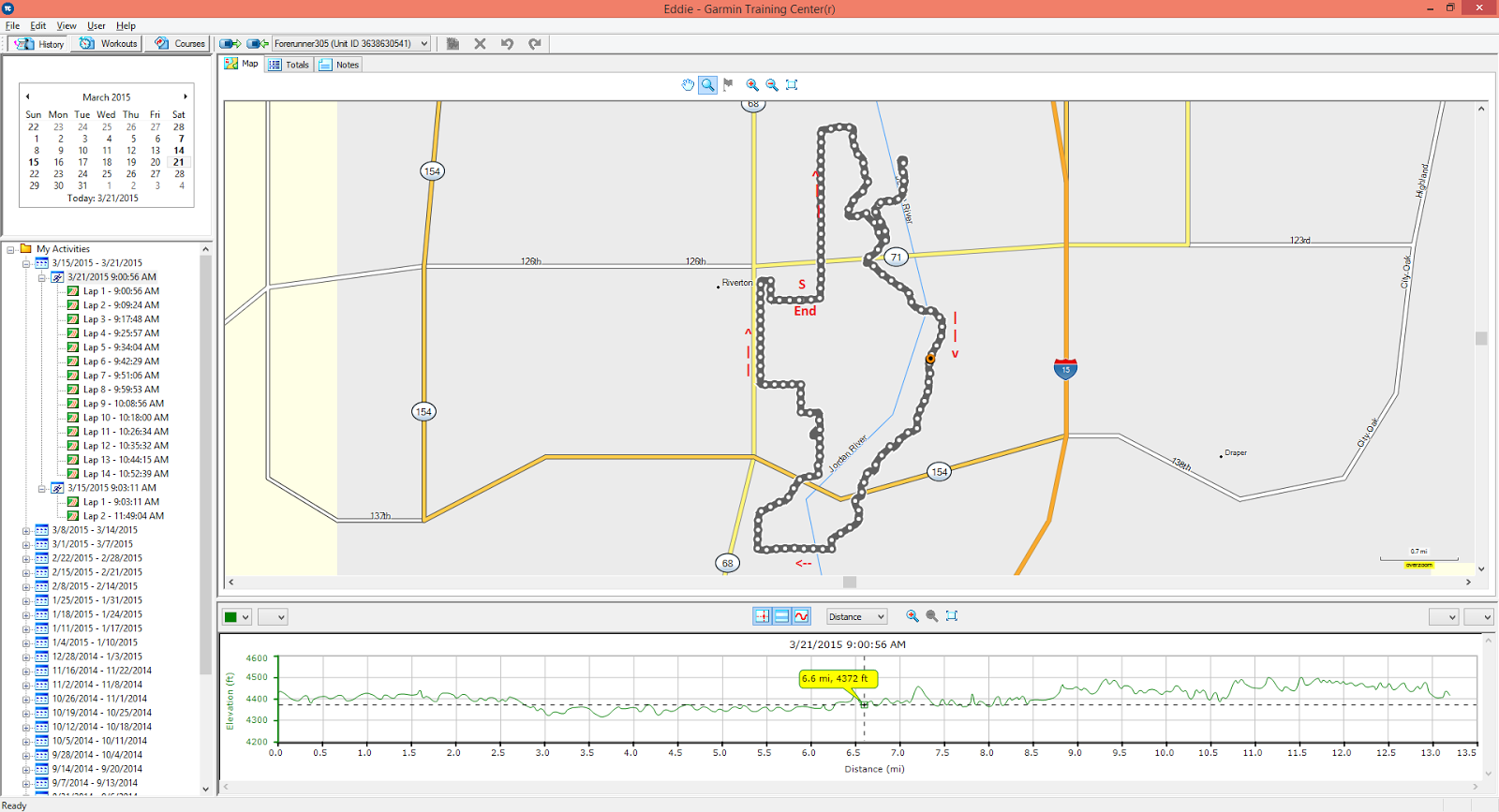 
I rolled into the race at 8AM and beat most of the crowds for the 9AM start.  In fact, I pretty much parked where I parked last year.

We've had an unusually warm "winter" and Saturday's weather wasn't a major change from what we've been experiencing.  It was warm but not uncomfortable.  However, there was a pretty stiff breeze coming from the south. 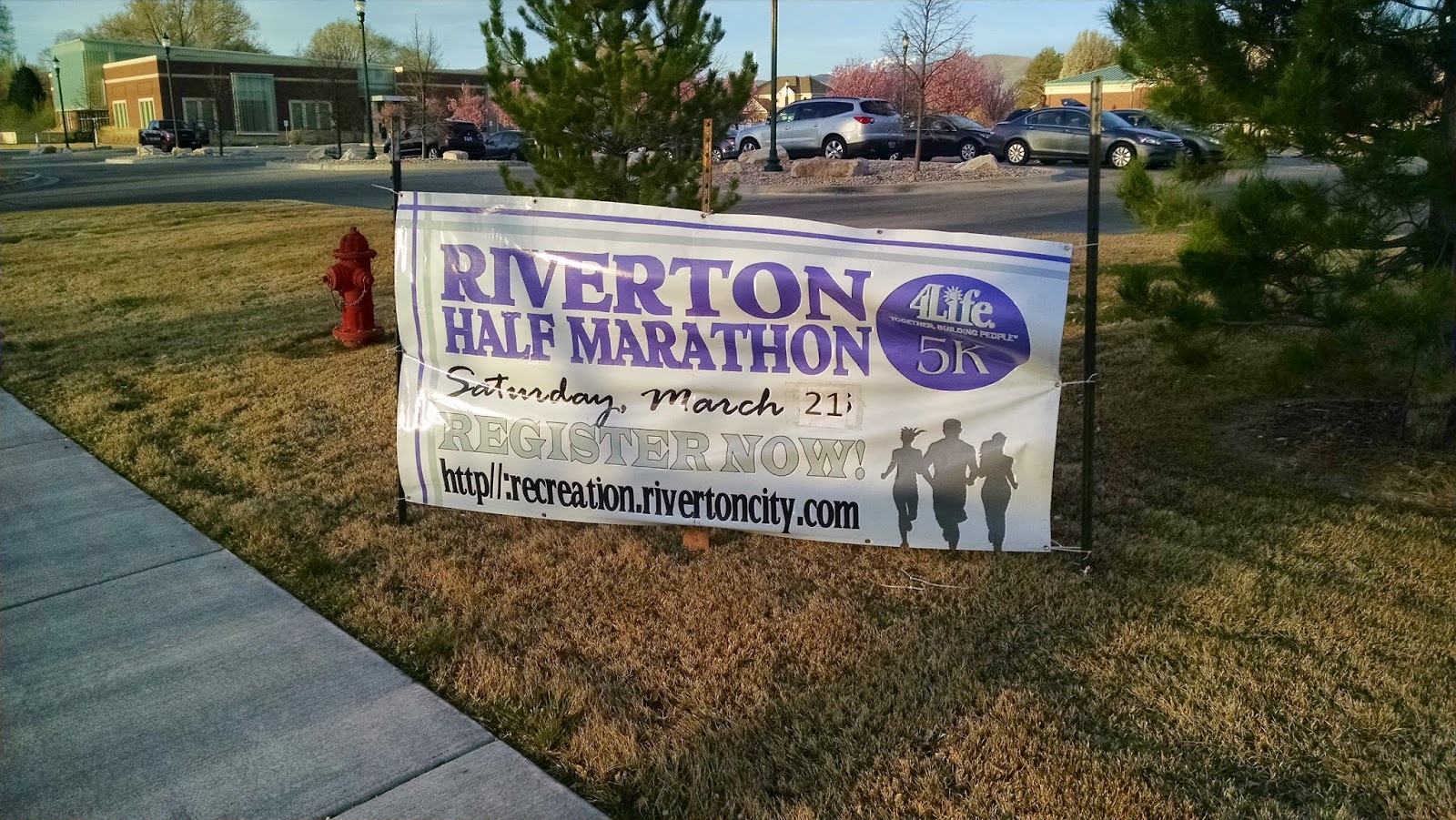 I made the roughly half mile walk to the starting line and picked up my shirt and bib.  During that time I was really wishing I had my gloves as my hands were starting to get chilled.  I knew, however, that once I started running, the rest of me would be fine.

I wound up running into a friend of mine from my previous job at the starting line.  It was good to see him.  He is about my age and we run roughly at the same level of ability.

The race started at 9AM sharp and my goal was try to and beat last year's time.  So holding onto an 8:30 pace was definitely the goal.

The first mile is in the commercial / business district of Riverton.  Sort of cool that they block a lane or two of a major thorough-faire for you to run on.  However, after about another half mile you are dumped into a residential section.

At this point, you are still running with lots of people and there are people to work with.  I noticed that while running south, the wind picked up quite a bit.  While I felt pretty good, I definitely felt like I had to work harder to maintain my pace.  I was really worried I was going to crash and burn at the end.

After about 5K you jump onto the bike trail.  At my last job, I would often run this stretch of bike trail after work and I knew exactly where I was at and what to expect.  It was awesome to have a stretch of strong tail wind though.

However, upon making a circle on the bike trail, I knew I had a solid 5 miles of into the wind running to do.  The bike trail along that stretch is pretty barren and the wind was blowing unabated.  You can see pictures on this blog post.

Mercifully though after running about 5 miles (and one monster hill) you get back into a residential area (with some really sweet looking houses).  Once I was off the bike trail and had a bit of a tail wind, I slowly picked up my pace.

I had been worried that this week's training load was going to have fried my legs.  I only felt like miles 9 and 10 I had to dig deep.  Normally miles 11 through 13 are a death march for me, but I was picking off people and actually getting a bit faster.

While last year, the course appeared somewhat short (at 13:04) this year, they made us run down a stretch of road I didn't recall last year.  My Garmin read 13:20 miles at the end and after chatting with people, many other people had run 13:16 or more.

Post race, they had a drawing, food (bananas, chocolate milk, Creamie popsicles and bagels) and sports drink.  The awards were being given out soon after I finished, so they know how to run a race here.

While I had hoped to hit 1:50 for the race, it just wasn't going to happen.  There was just way too much wind and I think mentally it taxed me more than it did physically.  After chatting with people after the race, many felt they hadn't quite run up to their expectations as well (do any runners).  Being that the course was long (again according to my Garmin) and it was windy, I am calling this race a success.

In fact, I could've kept running another mile or two at my current pace.  I think my training is really conducive to this sort of style of racing.  While my time is a far (far) cry from my 1:34's of years past, this is a good indication that I am making progress.  Last fall I was regularly running in the upper 1:50's.

After the race, I ran into another friend who I hadn't seen in AGES.  I had met this person at the Salt Flats Half Marathon and we touch base every so often.  So it does look like I am making some personal connections here in Utah.

I certainly missed going to the hot springs; even though along the bike path it looked like there were spots of the Jordan River that had steam coming from them.  These secluded spots included signs that warned of severe burns, however (whether of chemical nature, I am not sure, but bathing in the Jordan River would be like bathing in sewer water).

However, like a good runner celebrating some weight loss (back down to 173), I did mosey over to the Midvale Golden Corral. With the Lenten season upon us, they have a plethora of seafood, which I can appreciate. 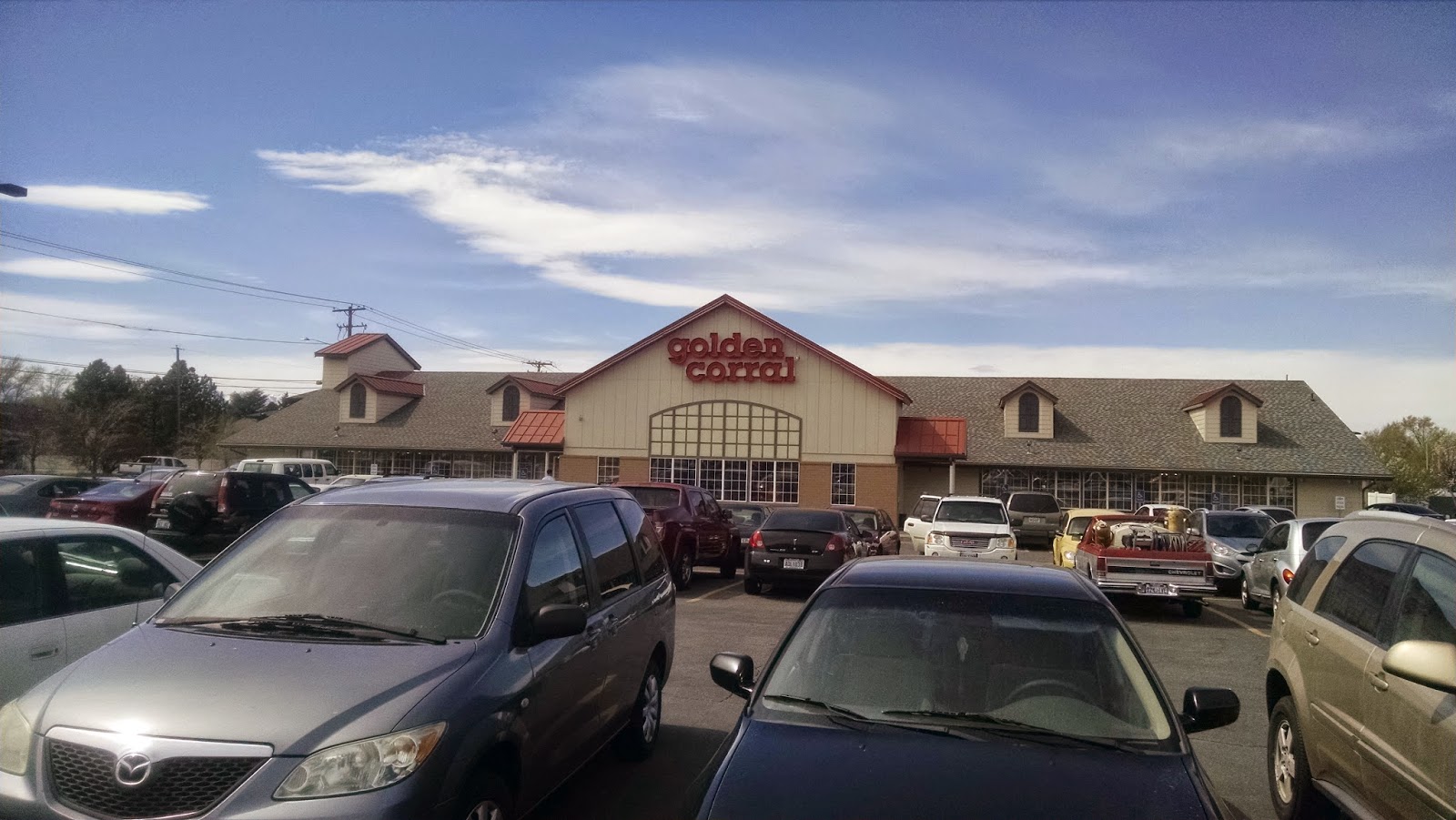 Also, of note, there is some anecdotal evidence that beet juice is great for endurance activities.  While I know you aren't supposed to try anything new on race day, I did eat a can of beets and slurped on some of the juice (as much as I was willing to dare).  Whether or not it helped is still indeterminate but I can't complain about the results.  More testing is in order as I have a kitchen cabinet full of them.
Posted by Eddie Gaul at 4:45 PM