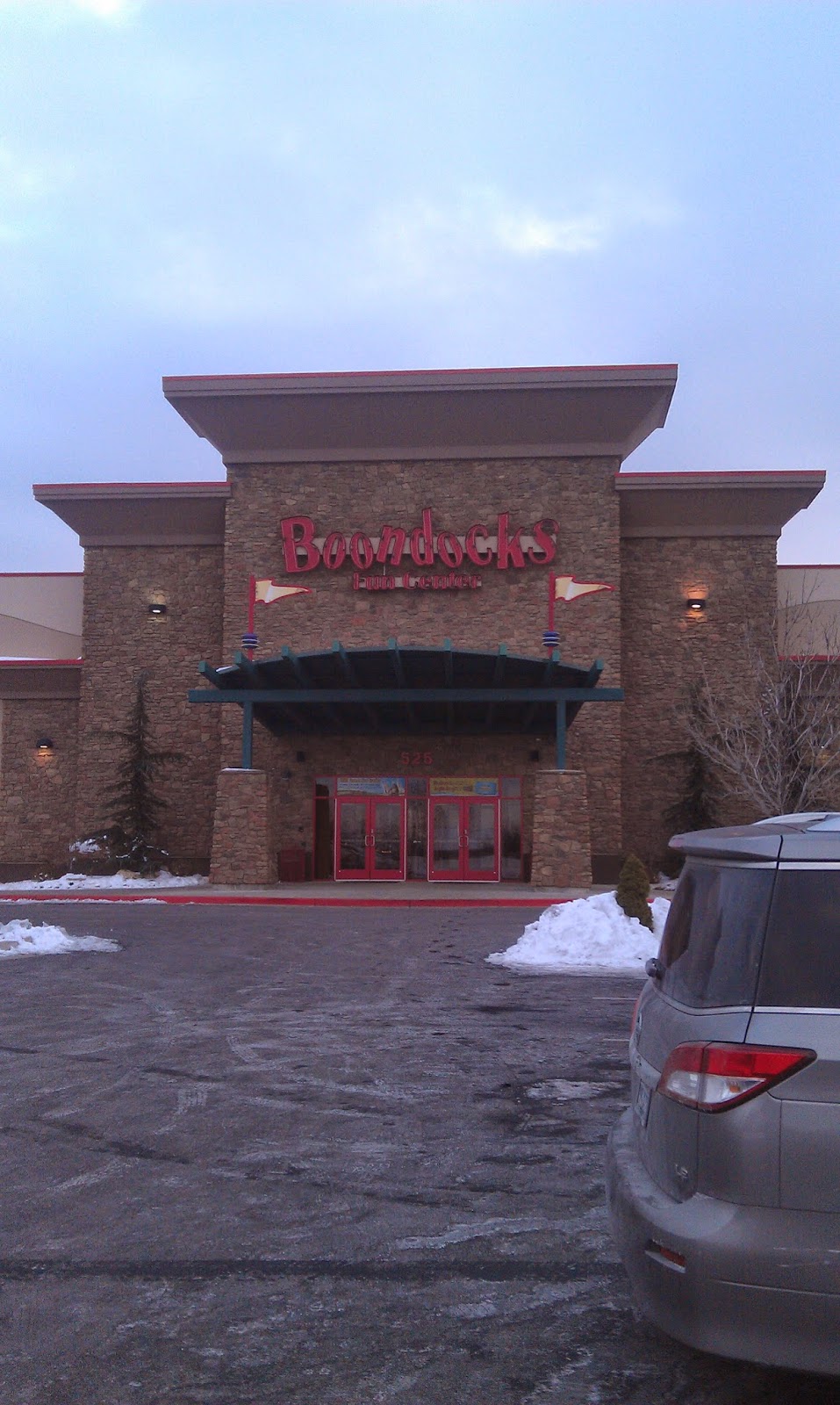 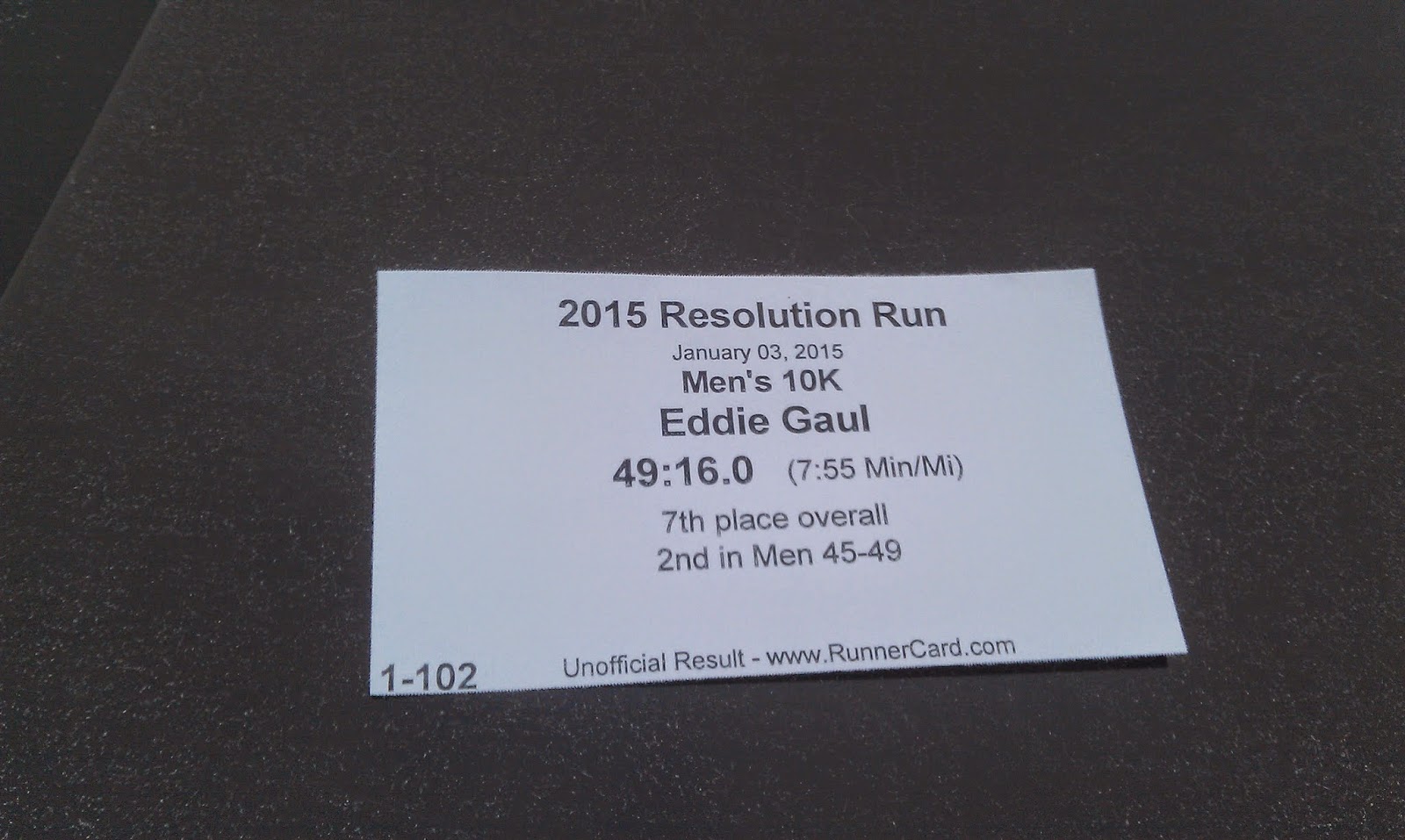 With my goal of running more races this year I opted to sign up for the Kaysville Resolution 5K / 10K run, in Kaysville Utah.  Located about 40 minutes from Murray, it is a straight shot up the 15 freeway and for $35 I figured, why not see where my speed is at.  Also, the weather looked respectably clear: no wind, no snow or storms, so it made it a no brainer to satisfy my need for a race.

I've run south and north of Kaysville, but never in Kaysville, so I got to see another section of the Davis County bike trail.  Sort of interesting on the way up the freeway seeing all the places I've raced along the way.  For having been here only 2.5 years, I am really starting to get familiar with Northern Utah.

The race was held at Boondock's Fun Center, a chain of Dave and Buster's-like entertainment zones primarily geared for kids and their families.  They do have a bowling alley, laser tag, and tons of video games.  Looked like fun and it was a great place to host a race.  Warm, clean bathrooms and a place to kick back. 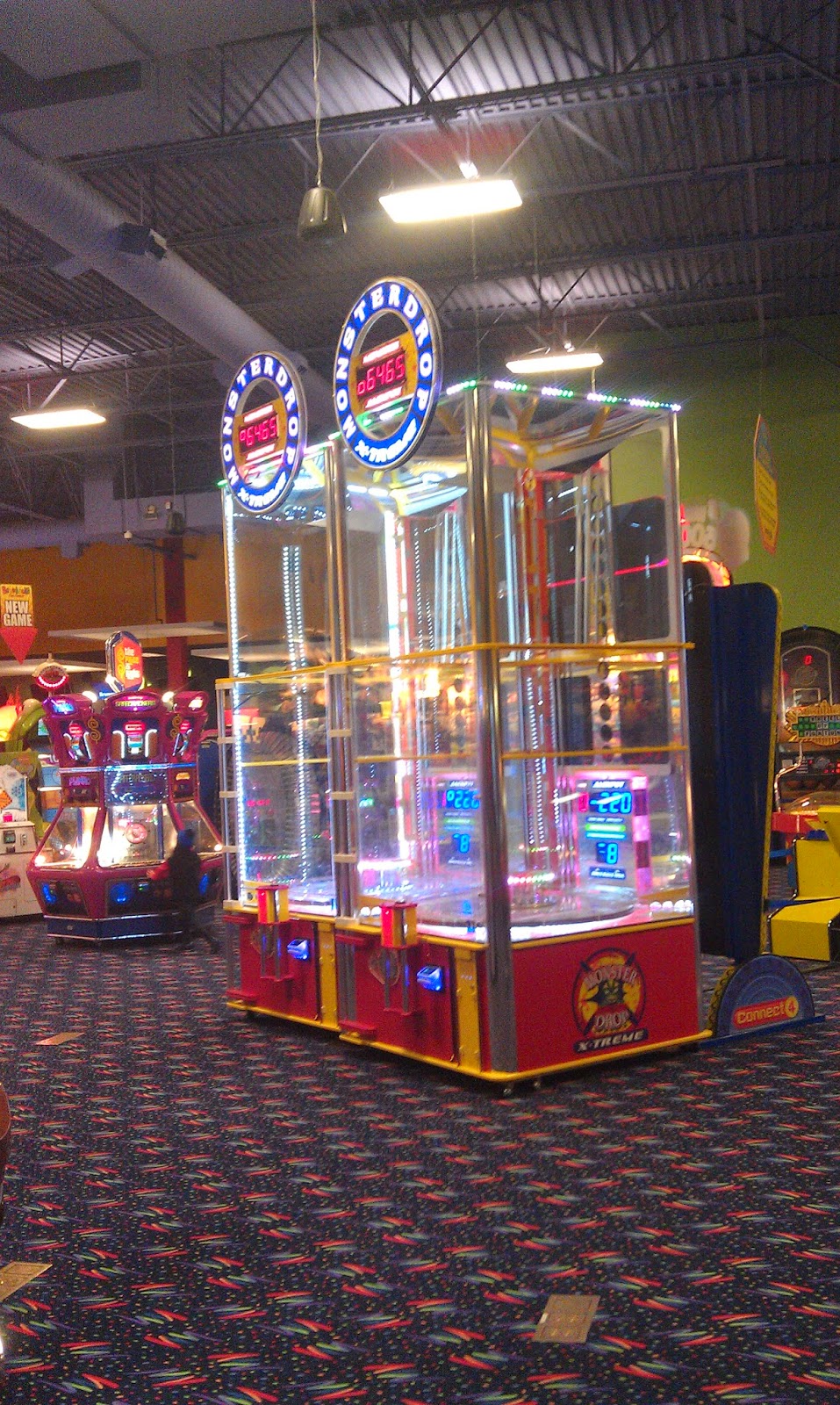 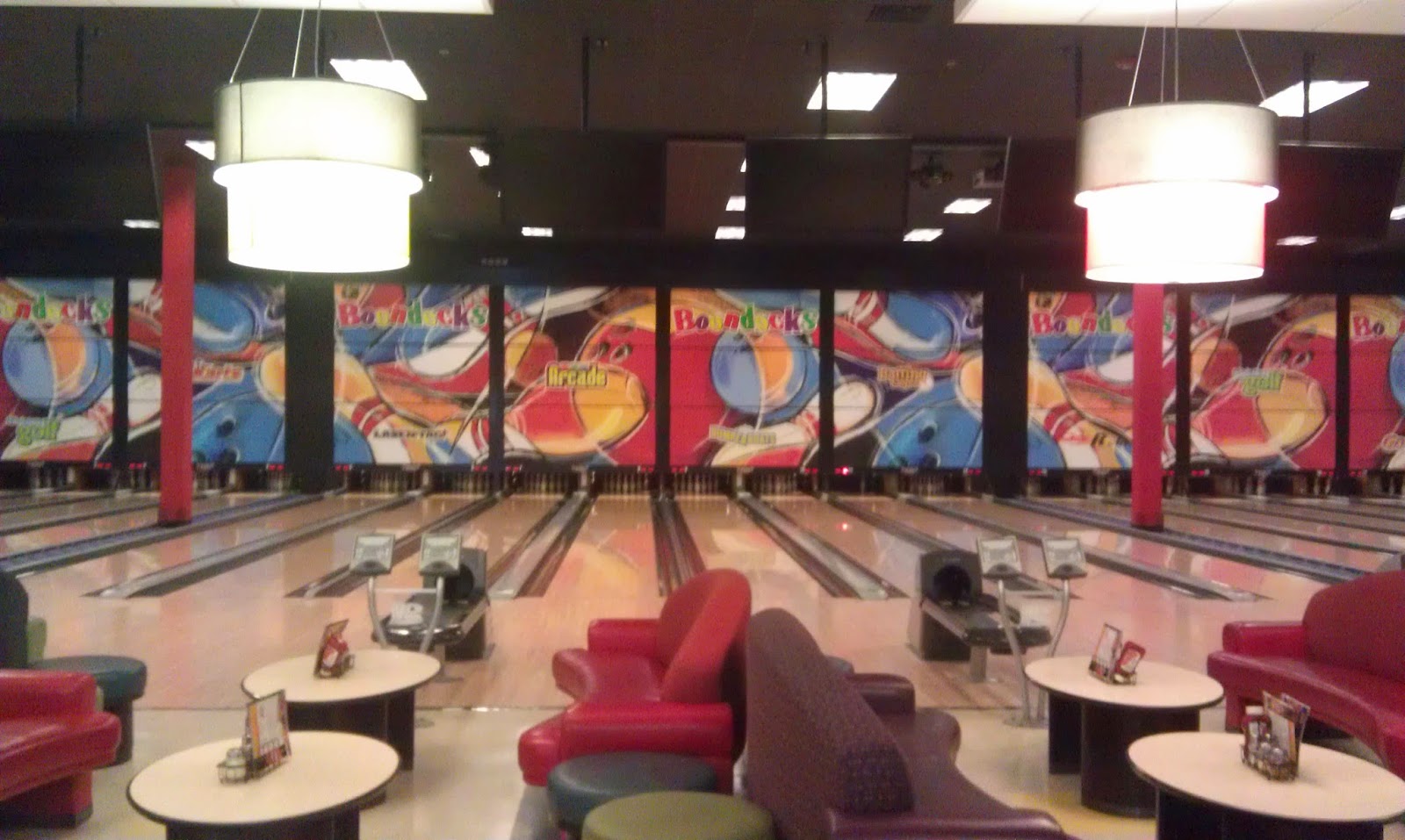 I got there fairly early and wound up warming up for about a mile.  I opted for tights (plus shorts under it), a tech shirt, my Las Vegas Marathon windbreaker jacket, heavy-duty gloves (I don't mess around with cold hands) and a tech skullcap.  I was a little warm, but I had no major complaints throughout the race. 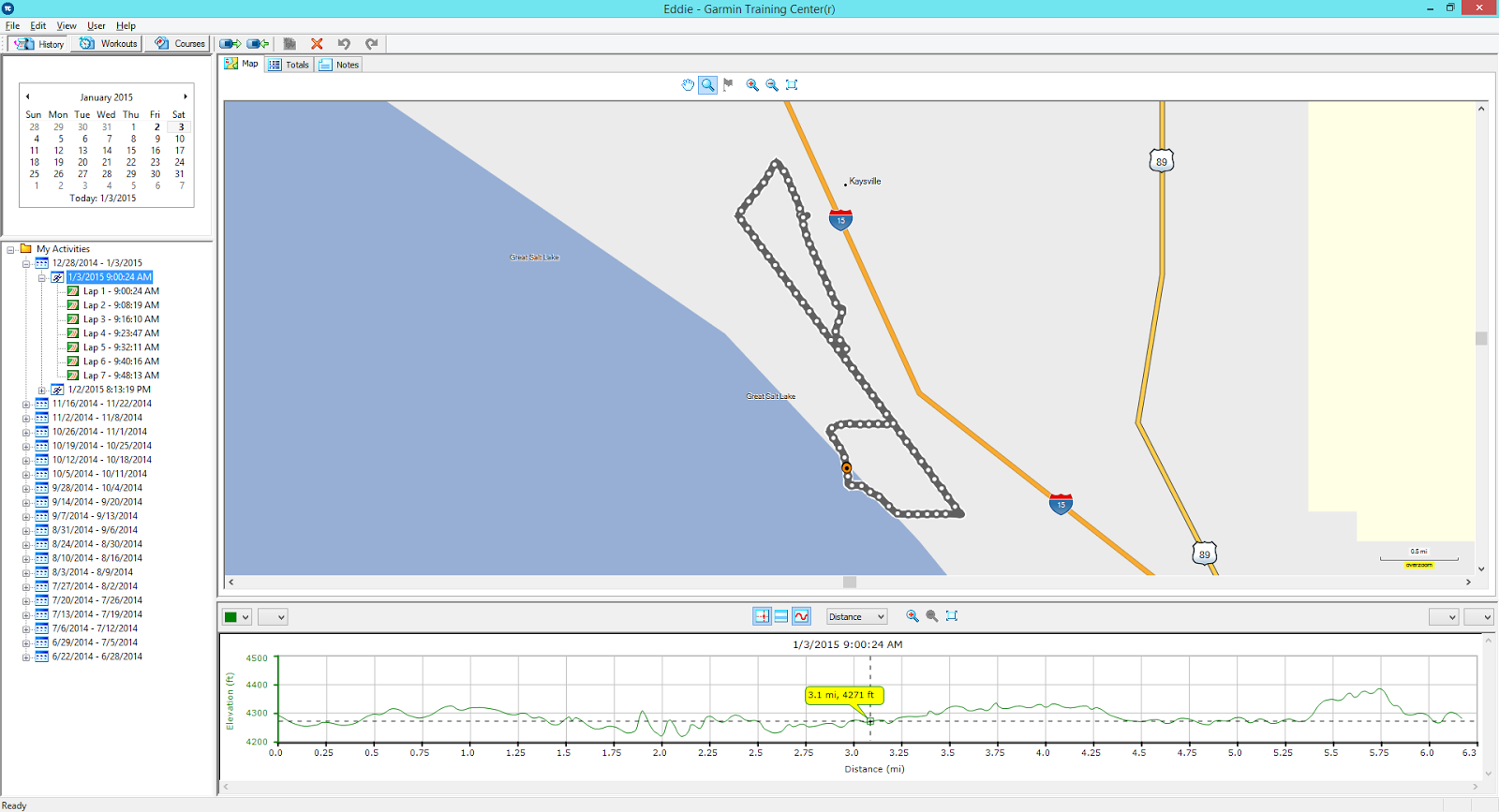 I didn't eat a lot before hand, just a few oranges and a PowerBar.  I am glad I brought a caffeinated GU with me and I sucked half of that down prerace.  I think it helped.  Just a bit of caffeine and I was set to go.

The race started promptly at 9AM.  Me and about 50 other people took off (the 5K started later).  Combined, both races totaled about 120 people, so definitely not a big race.

The race started off on the residential streets of Kaysville.  It was open to traffic, but the roads there are super wide so I didn't really worry about getting hit. The area where we were seemed to be filled with classy houses but the area was devoid of trees -- probably an old farming section of town now converted to houses.

After a mile it jumps onto the bike trail.  I was pleasantly surprised to find that the bike trail was as clear of ice and snow.  The roads, not so much, but on the flat bike trails it was great running.

I wound up tailing the #6 guy for a while until he pulled ahead of me mid race.  I was content holding near 8 minute miles.  My goal was simply to finish strong and run sub 50 minutes.

I had a moment of worry when I got to about mile 4 and my pace dropped precipitously.  Had I gone out too fast?  No, I just had to content with about the only hilly section of the course and once I was back on the bike trail I was cruising again.

Also, my calf, which I had hurt back in April 2014 started twinging again.  It would get really painful for about 5 - 10 seconds and then relax.  I've found if I adjust my stride a bit that it will go away, but I really hope it doesn't go nuts like it did where it practically crippled me last spring.

The last mile I was starting to close the gap on the #6 guy but he turned on the jets in the final half mile.  I did finish pretty strong though in a time of 49:16.

After the race, I cooled down with an easy 2 miles.  I thought about running the race again but I was pretty trashed and didn't want to aggravate my calf anymore.  I snapped a few pictures and went back to the race headquarters.

This was a well run event.  It started off on time and the race headquarters were pretty nice.  I was really disappointed they didn't have any awards (other than for the top finishers).  They didn't get the numbers they were after, apparently, so I was left wanting.  They had a nice spread of food at the end, mostly bread (plus PB&J fixings), bananas, plenty of hot chocolate, and water.  They had two water stops on the course but no mile markers (luckily I hadn't forgotten my Garmin).

They had a nice swag bag filled with stuff I'd actually use, mostly supplements and protein stuff.  The shirt is your basic cotton one.  It was nice, with no advertising on it, but normally I don't wear the cotton ones for very long and they get relegated to be donated. 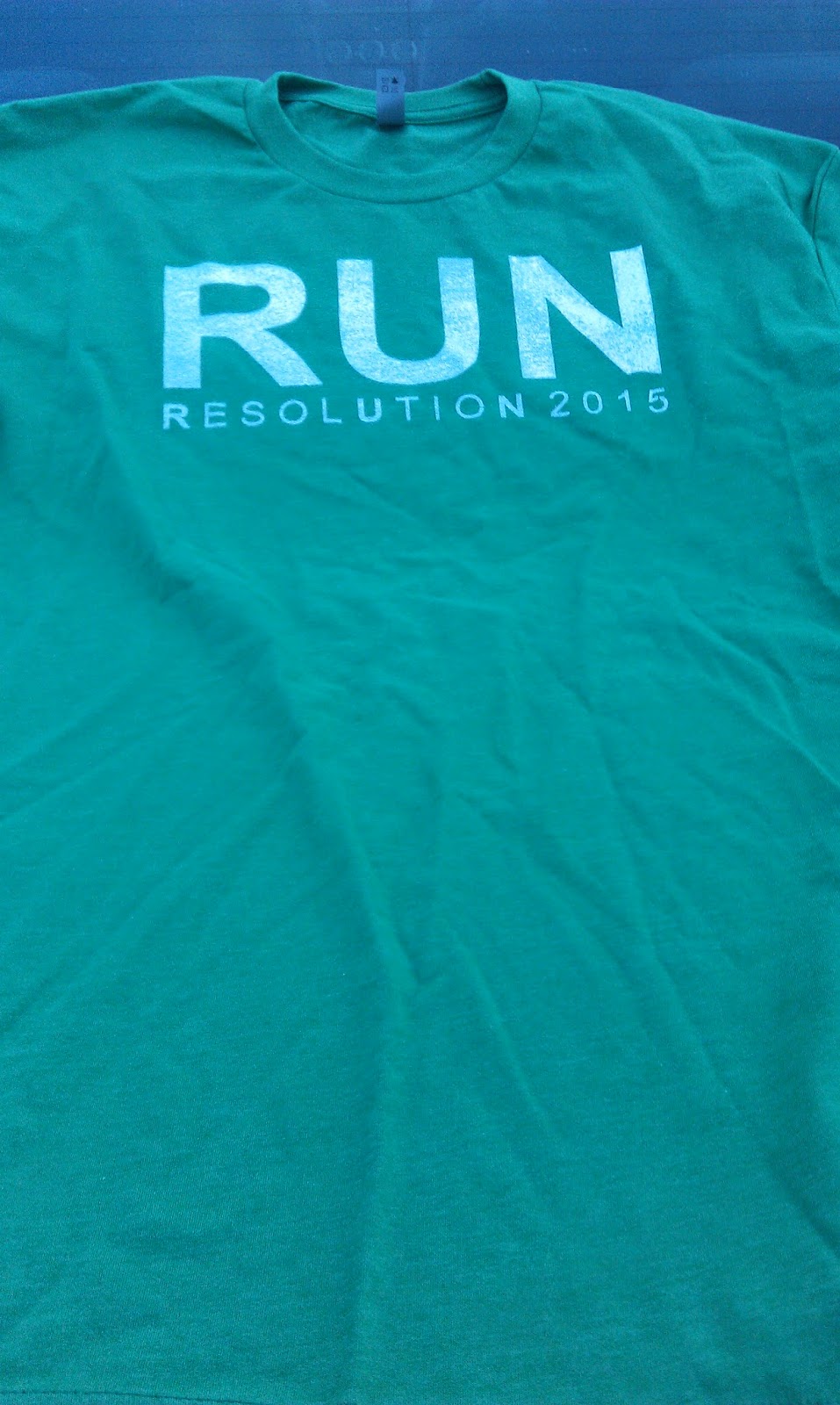 I was very happy with my performance. It is a far cry from my 40:41 (or so) personal best but I ran nearly an even split (about 24:20 for the first 5K) and I didn't crumble on the course.  I still need to get my base mile speed down.  I also had plenty in the tank to go another mile or two.  All in all, a strong tempo run.

After the race, I headed north to the Layton Golden Corral which, in my opinion, is the best Corral in Utah that I've tried.  Despite my best resolutions, I've hit 2 Corral's since the new year started, so I suck.  But at least I got in for the breakfast price and got a bit of breakfast AND the start of lunch / dinner and I tried to eat mostly good stuff.

I left and made it home pretty quick after putting myself into a food coma.  Overall, a good experience and I'd likely do this race again next year. 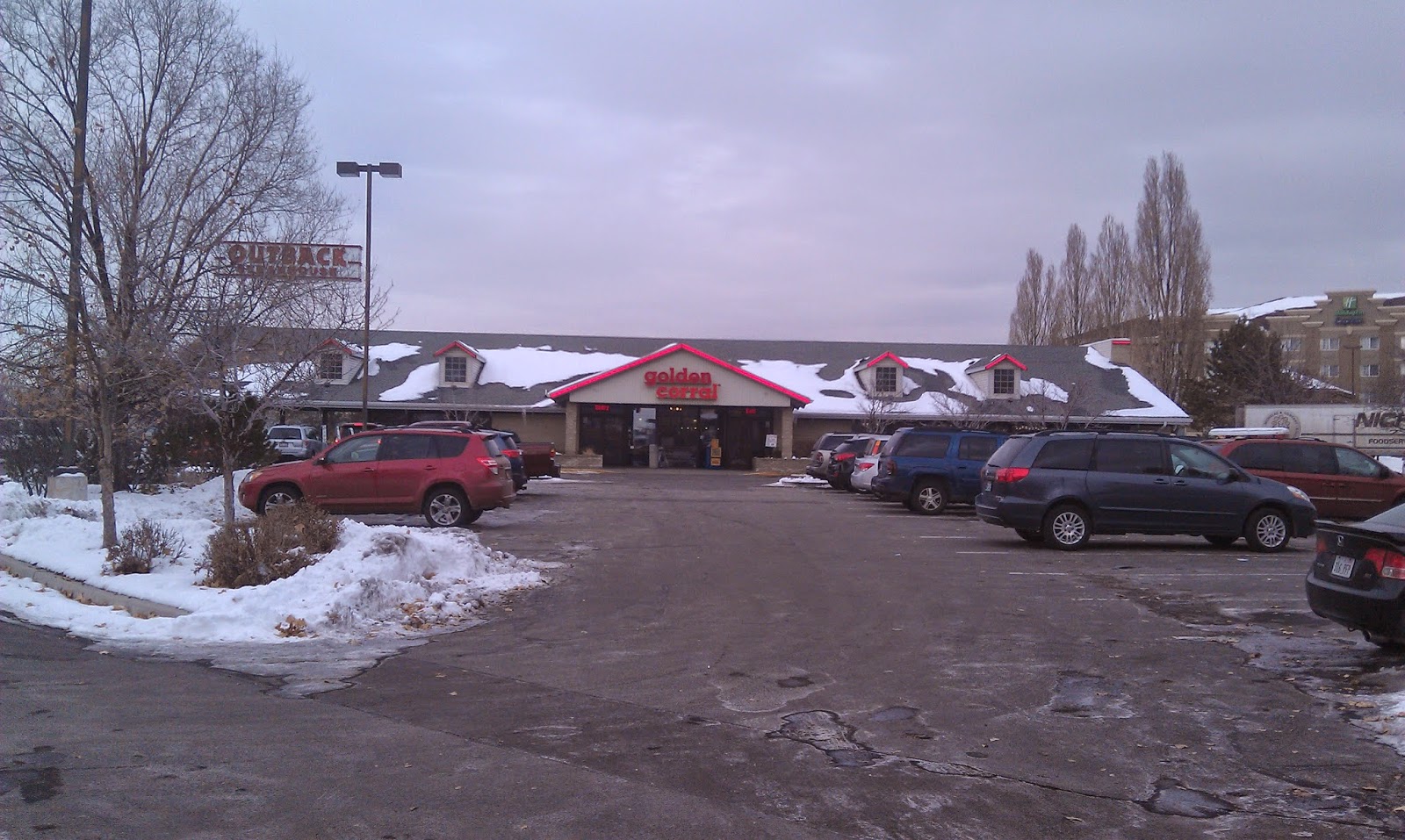