Another super solid week of training.  Impressive I was able to knock out 59 miles despite absolutely frigid temperatures.  This is where the tough get serious and the serious get tough.  Luckily the bike trail has been pretty clear so it makes it easy to get the miles in.  This is also very promising for my marathon plans.

I also got in a very positive race experience on Saturday.  Certainly not my best 10K time, but I didn't feel like it was a disaster.  Just bummed there wasn't any post-race swag (i.e. awards).

Well, I bought a new Garmin -- well it is on order.  It is the exact same model as the one I am replacing.  Faithful readers will remember my trusty Forerunner 305, which I've owned since 2008 or so, can only hold about 3 hours worth of charge.  I was tempted to buy another model, but I really love my bulky 305 and found a factory outlet place that was selling one for about $110.  Being on a budget these days, I opted to play it safe and get one.  Other models that I was interested in were well above $150.

So far I have also been diligent on doing some core work, stretching and foam rolling on a nightly basis.  Hopefully that too will be dividends down the road.

On my long run on Sunday it was icy.  I know where the icy spots are too and I was running by the Fairstone Apartments in Taylorsville on the bike trail and there is a section of the trail that routinely ices up.  I thought I had gotten over it but I miscalculated and went shoulder first into the concrete and landed right on my ancient phone.  So now I have a cracked screen.  The phone functions and everything is okay but the fall looked spectacular.  Luckily I was able to rub some dirt into my wounds and carry on for the remaining 11 miles. My phone is way way overdue to be replaced so it isn't a huge loss.

Also my calf is still complaining.  It smarted on my New Year's Eve run and during the race.  It seems if I push the pace it hurts more but if I lay off and do a shuffle, it is fine.  Time for some KT Tape.  Amazing that even after nearly a year something can still complain.

I don't think there are any races until the end of the month, where I'll be doing a full marathon down in Arizona.  There are a few in February that I've penciled in however.

I am tempted to go to St George for their huge half marathon in 2 weeks.  I am waiting to see what the weather does, if I feel like making the nearly 4 hour drive, and if I want to pony up for a motel for the weekend.  It would be fun and give me a chance to thoroughly explore St George (which is on my list of things to do), but I am trying to sort of save a few pennies so I can afford more extravagant marathon trips elsewhere.  Stay tuned.

Well, on Christmas we got our first healthy dose of snow as well as below freezing temperatures.  I snapped the following photo on Sunday's long run (with my much wounded phone) about 6.5 miles into my run.  The Wasatch Mountains are pretty and everything is blindingly white.  My long run went very well too.  I think I am sold on the Gu Brew stuff and I plan on buying it once my sample runs out. 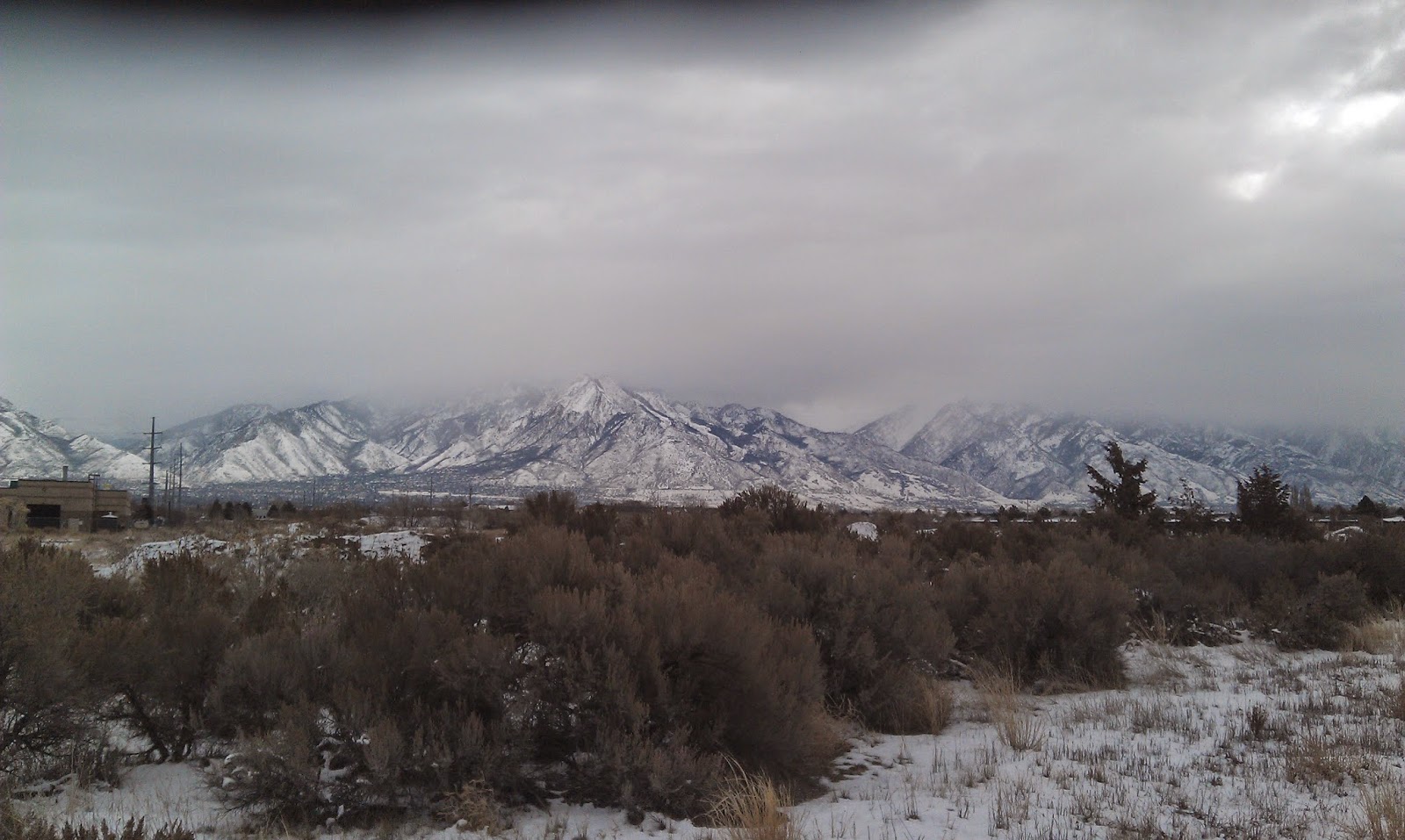