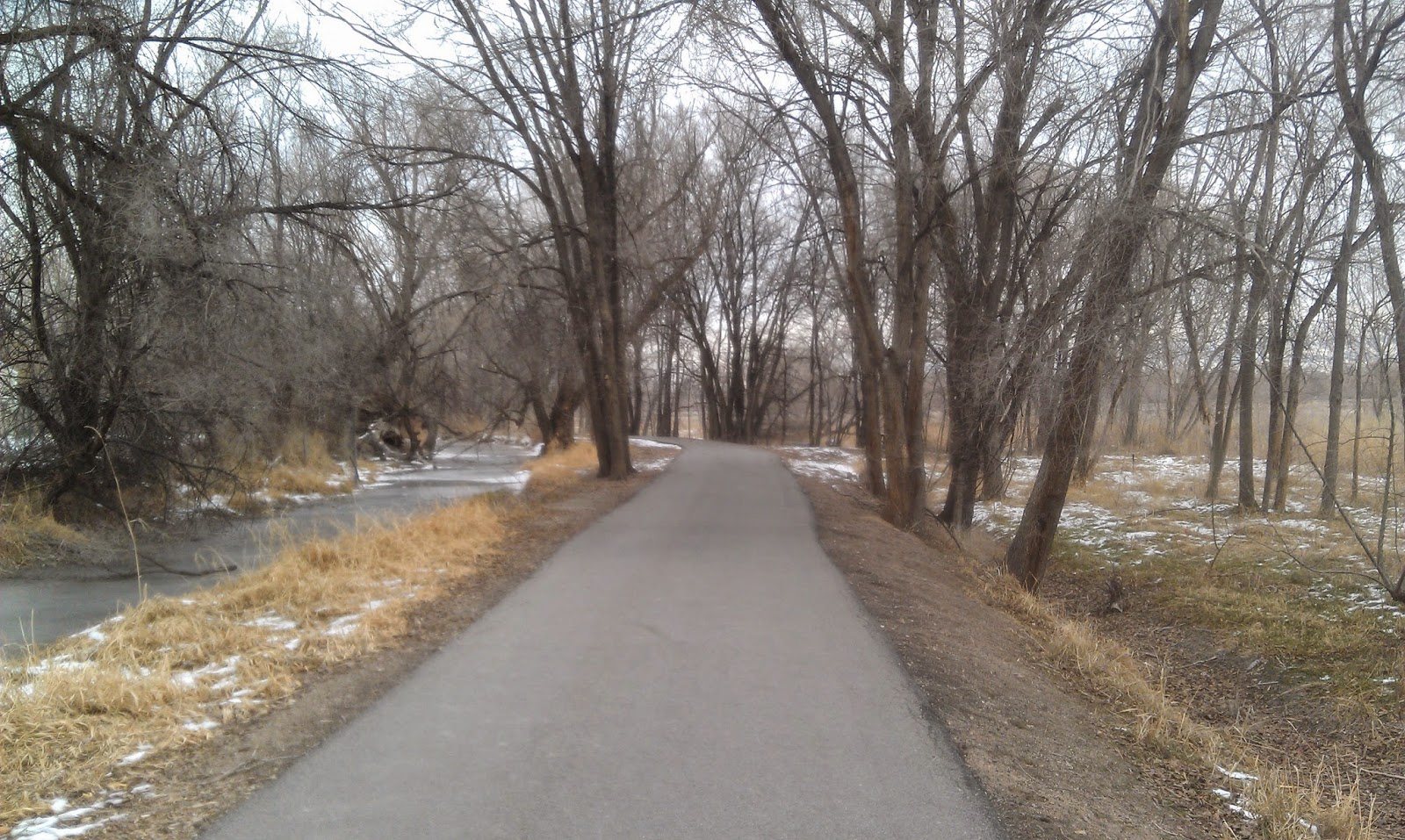 That is the MOST I've ever run in that period of time.  I had visions and hopes of perhaps cracking the mythical 100 mile week, but I think to cross that barrier I need slightly warmer weather and the ability to run a few two-a-day's. I hate running in the early morning, especially in the winter.

So how do I feel?

1) I am HUNGRY all the time.  Seriously.  I am ravenous.  I was a permanent fixture at Golden Corral - in fact, for the first 4 days of 2014, I had a meal in 3 different Golden Corrals.

2) I am the sorest in the morning.  I gimp like an old man.  It really isn't plantar fasciitis but just general soreness.  After moving around, though, I am fine.

3) My calves are tight, but not dangerously so.  I also gimp when I get up from desk at work.

4) I really have to be extra diligent about form rolling and stretching at night.  Makes a HUGE difference.

5) I feel like my legs are more fatigued proof.  They know how to run when tired and in the past I've had my BEST marathons when I go over 65 miles in a 7 day period.  I don't think I am necessarily any faster, but I just feel like I am a much stronger runner.  My gait just seems to be a lot smoother and I can tolerate going longer and not feeling like I am going to die.

6) Mentally, I feel incredible.  There's just something personally rewarding in knowing I can eat up the miles.

Saturday's long run went awesome.  I ran the first 10 miles in a reasonable pace and then turned on the jets.  While my Garmin quit after 18 miles I was on pace for roughly a 3 hour, 20 mile run.

I ran into a friend, who is MUCH faster than me, as he was heading out and I was heading in.  In the past he's always caught me and when I saw his distant form tailing me about a mile away from my finish, I decided to let pride get the better of me.  Suddenly I was running at near 5K / 10K so I wouldn't have to face my crushed ego.  Thanks Jonathan!

I also took the opportunity to circle Decker Lake in West Valley City.  I've noticed there was a lake / pond along the side of the 215 freeway and always wondered how one got there.  I studied Google Maps and figured out the way there, which was a a short jog off the bike trail.  It really isn't a lake but a huge water retention pond with a dirt jogging trail circling the perimeter.  All in all, about a 1.5 mile loop.

I wound up making a wrong turn on the way back and went by a homeless camp in the middle of the bike trail.  Sad to know that people are out there living in camping tents and squalor.  It doesn't take much that close to the city to get into some "iffy" areas. 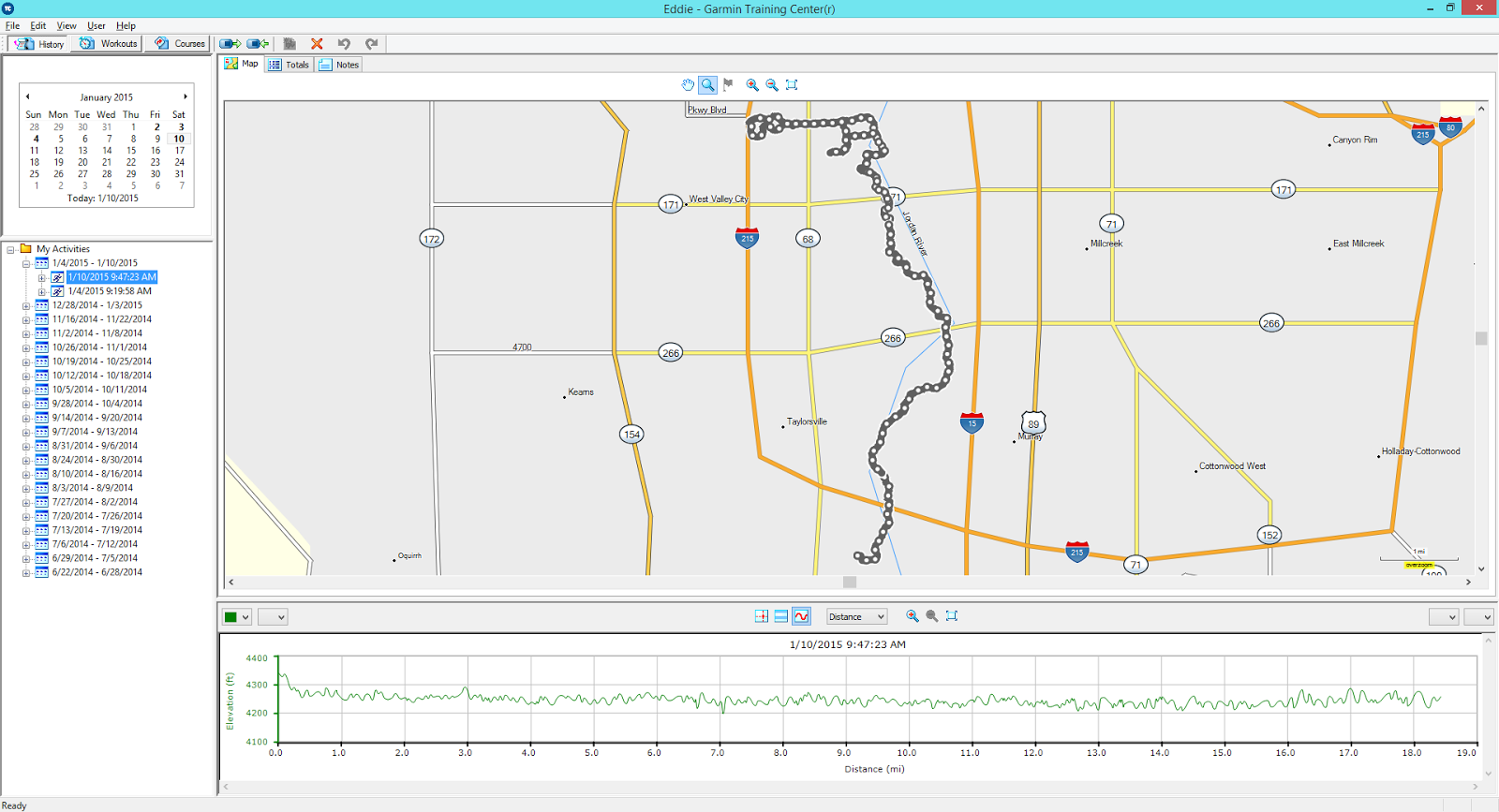 A dirty secret (pun intended) about Salt Lake City is that in the winter we have terrible air.  The mountains on the east and west hold all the pollutants in the valley.  It is also sealed in with a cold layer of air at the top.  At this time of year, the air is usually the worst in the nation.  I've even seen some people running in protective masks.  Last year I could practically taste it.  Here is a photo from this week that shows the air quality.  You can barely make out the mountains a mere 10 miles away:

Things are definitely on for a full marathon at the end of January.  I am 90% chance of doing the Desert Classic in Surprise (a small 100 people or so marathon).  I'd like to do the one in Sedona (a little bigger and more scenic from the looks of it) but logistically that is going to cause a LOT of problems for other people.  I am catching enough heat from family members as it is in doing the one in Surprise and having to duck out for the greater part of day to do Sedona would piss a lot of people off and likely mean I'd be walking home from Phoenix to Salt Lake City.

I am also toying with doing a 5K in Provo next weekend.  Something to do, I suppose.  I'll have to check the weather and if it is clear, I am in!

February also has a bunch of local 5K races and I am hoping to jump into a few of those.

I was VERY tempted to do the St George half marathon next weekend.  Given, however, we are doing Vegas and Arizona at the end of the month, I decided to punt on it again this year (/cry)

Also, Shari is off from work in early April and suggested a road trip.  I am therefore looking at the Reno Marathon.  That would give me the ability to do that race (I've wanted to do, for a LONG time) as well as visit the state capitol, Tahoe, Fernley, Sparks, Carson City, Battle Mountain, Winnemucca and a maybe another night in Elko.  I am a total nerd when it comes to Nevada and this would mostly be all new territory for me.  While this wouldn't knock off another state, it is something I want to do.  Stay tuned.

More gorgeous sunsets this week.  I am (over)due for a phone, so I am hoping I get a good phone that can really capture the beauty I experience on a nightly basis: 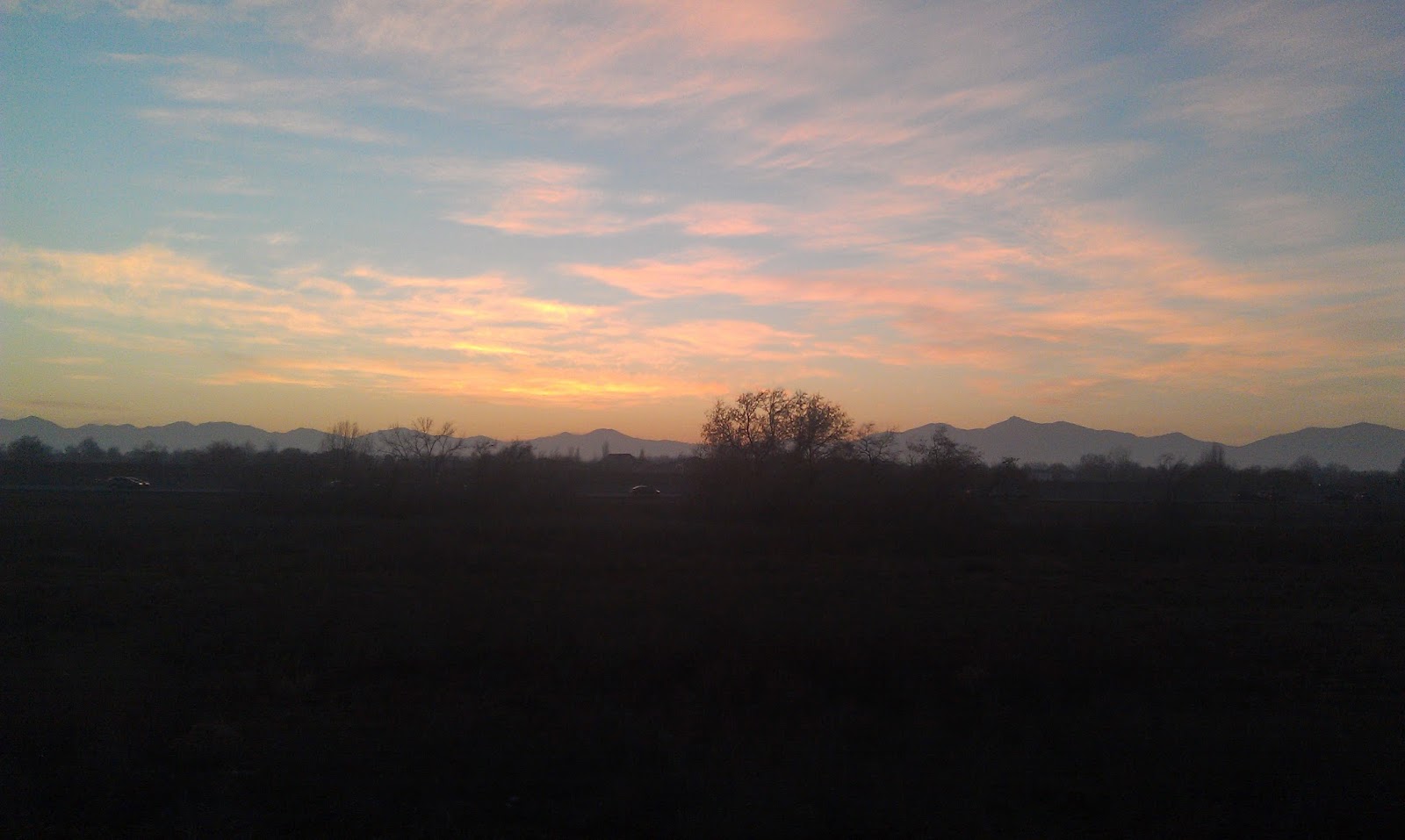 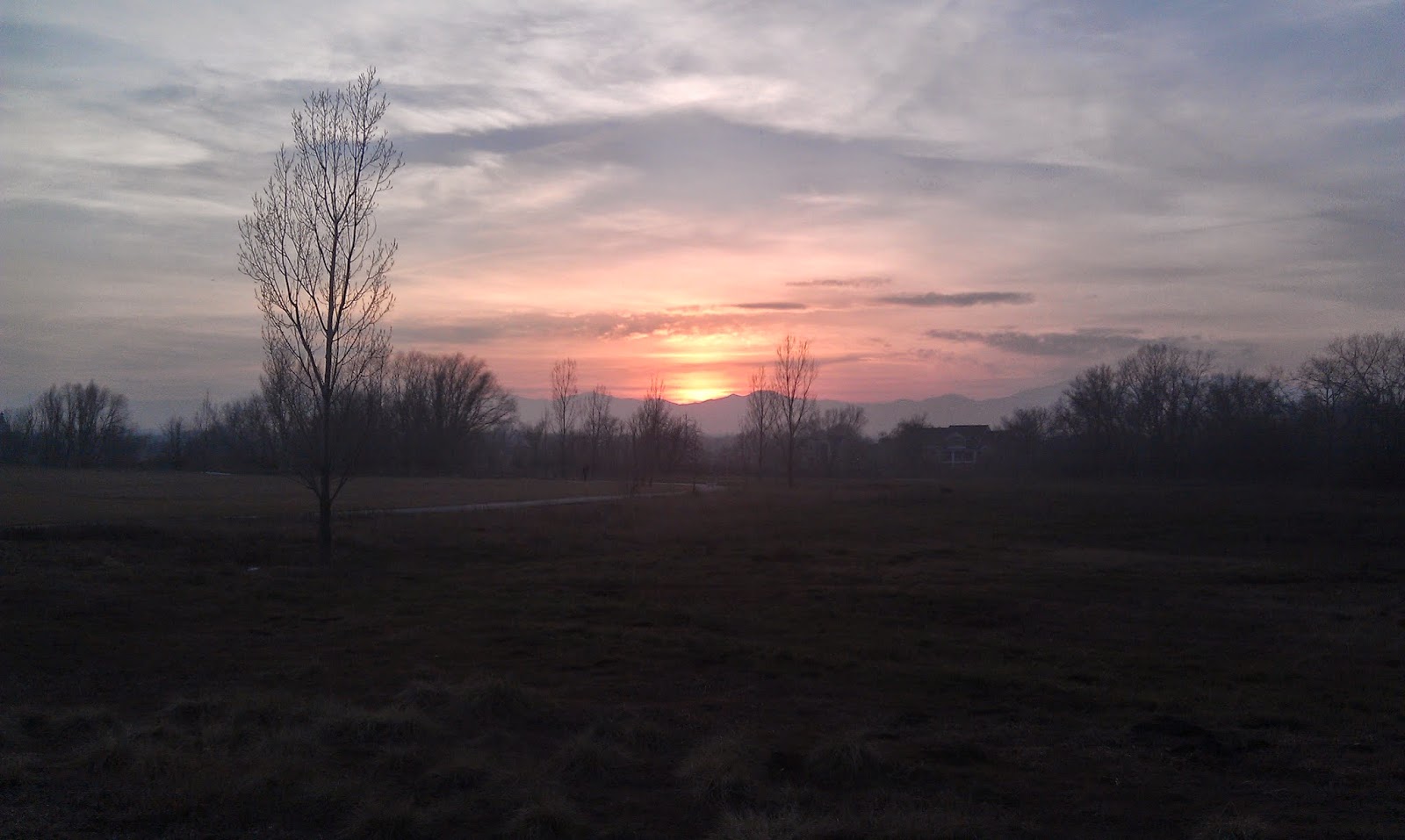 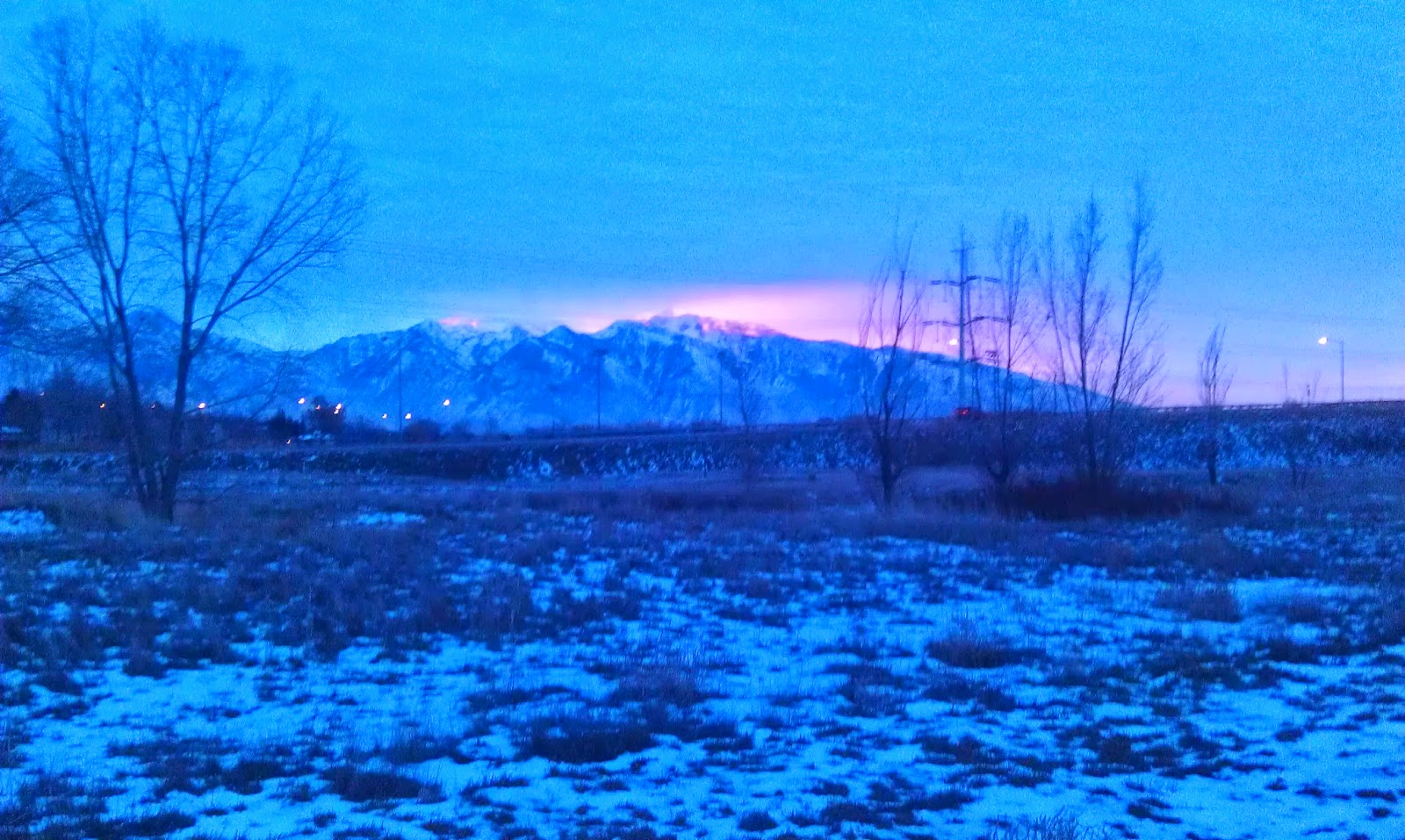