Well this past two weeks have been filled with running.  The mild winter continues here in Salt Lake and that has allowed me to continue a full round of training.

In winters past I had to limit my training or reduce the amount of miles because of icy or cold (which rarely stops me) conditions.  In fact, most days I can get away with a very light jacket, shorts and thin gloves.

This week also saw my inaugural race for 2018.  I felt there were a lot of positives but at the same time it was slower than last year.  So in that regard it was disappointing to me.  I had real hopes that somehow I'd be able to get the same or even slightly better than last year.  Hopefully this isn't a pattern for 2018.

My long run to start the two weeks wasn't the greatest either.  I started off full of enthusiasm but I really faded.  All my previous long runs have been pretty good, but this one, I was hurting midway through and it didn't leave me with much confidence.

I also didn't do a lot of speed work leading up to the half marathon.  For whatever reason, any "umpf" I had in my legs was absent.  I also felt like I was getting sick with a cold (there is a nasty bug going around that so far I've managed to dodge).  Luckily, it didn't seem to impact my race (much).

However, this past week I forced myself (I dislike speed work and would rather plod along) to get my usual 2 miles at 5K pace in.  It felt harder than it should but at least my time was reasonable and it counted as quality miles.


Last Sunday I decided to go on a run.  I was in Mesquite for the weekend and I wanted something to do.  I had just done the car show and sat in the jacuzzi and in my infinite wisdom I thought it would be a good time to go for a run (on half marathon dead legs no less).

So I made my way out of the hotel with 28 ounces of Gatorade and figured maybe I'd get 4 - 5 miles in.  I started off trying to find a new route I hadn't taken before and just wound up running a mile around a cookie-cutter subdivision.

I finally made my way out and found a familiar section of the Bunkerville Bike Trail.  I had done this trail before and it wasn't terribly exciting.  I did, however, see some cars coming off of a side road.  I wound up checking with some walkers and they said it was kind of a cool road that lead into the desert.

So I jumped on that. 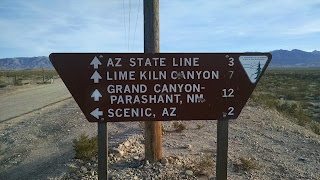 What followed was a challenging but oh so delightful run along a dirt road.  I figured for sure I could make the Arizona State Line.  I ran 3 miles from that sign and figured I was officially in Arizona (I came to a split in the road).  Turns out, however, I was about a quarter mile shy of the official border.

None the less, it was a pretty interesting and scenic run.  A lot of the sports / desert vehicles were giving me a big wave.  I guess they don't get many runners way out in the middle of nowhere.  It also gave me a chance to go shirtless.

I barely made it back however.  Sitting in the jacuzzi and being in the sun (it wasn't super hot) got me dehydrated.  Once I hit 9 miles I walked the final half mile (or so) back to the Casablanca.  To make matters worse, I had the furthest possible room from where I was located.

I knew once I got to my room that I had a nice Coke to drink that would set me straight.  Unfortunately, my key card no longer worked.  So I had to walk all the way back to the front desk (at this point I was ready to be sick), and have security walk me back to my room since I didn't have ID with me.

To make a long story short, I didn't pass out, although for a while, I thought I was going to.  Dehydration sucks!

Here are the photos I took along the way: 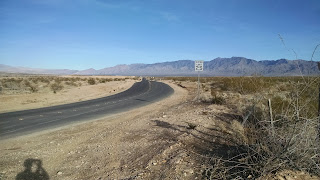 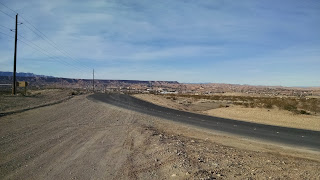 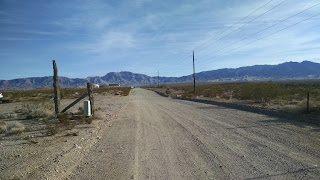 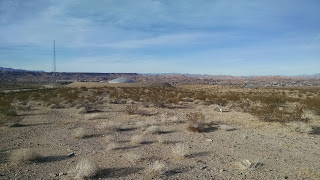 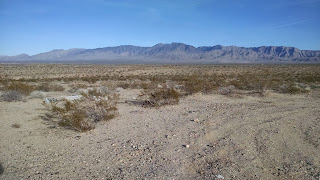 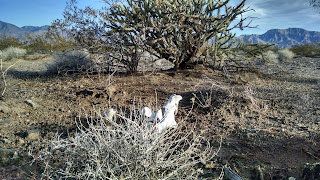 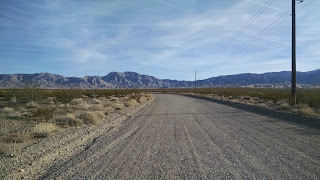 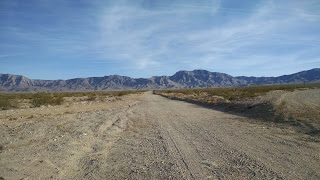 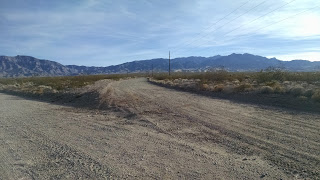 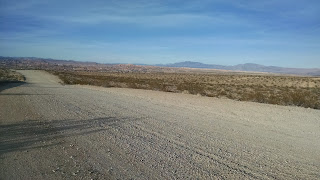 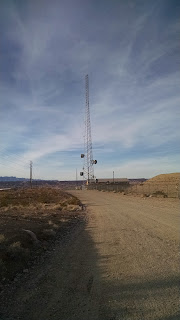 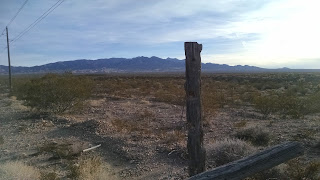 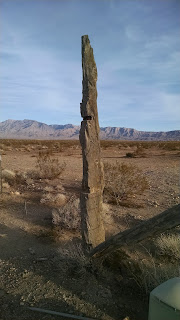 Finally some races on the horizon!  They may be short (5Ks) but they are something to train and shoot for.  Definitely looking forward to them.

Email ThisBlogThis!Share to TwitterShare to FacebookShare to Pinterest
Labels: Mesquite, Nevada, running, This Week in Running