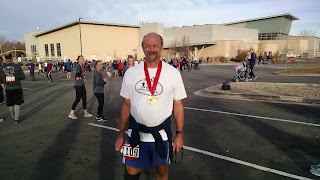 
Since 2012, the South Davis Recreation Center located in the heart of Bountiful Utah is my first stop on Thanksgiving Day.  It is a short drive from my house and a dirt cheap race.  If you register before the dead line you pay around $20 and get way more than you deserve.

This race is also well attended, so you feel like you are part of something.

There are some fast runners there so the race is competitive and family-orientated. 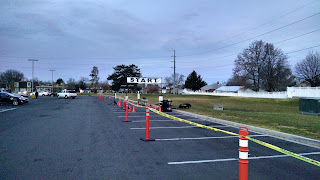 I rolled in around 7 AM and grabbed my parking spot (which people would be fighting for in another 30 minuets) and my bib / shirt.  I was really excited to see that I got a nifty personal "massager" stick.  I was totally going to buy one and now I was getting one for free! 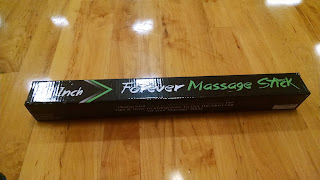 It was easy and well organized.  Soon I was stashing my stuff in my car and using the indoor, clean bathrooms at the recreation center.

I did about a mile warm-up and I wasn't feeling particularly fast.  My legs just didn't seem to have much spring to them.  Pre-race nerves?  One can only hope.

The race started (as usual) a few minutes late.  There wasn't a whole lot of corral management as there were walkers and slower runners in the front (it was chip timed) but the hold-up probably amounted to all of 15 seconds or so.  By the time the first quarter of a mile was done, I was in my groove and able to run the pace I wanted to. 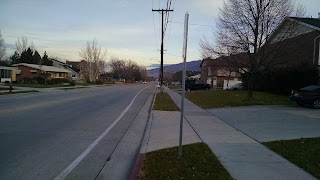 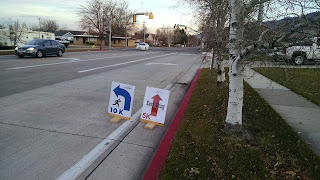 The first mile is most downhill -- not canyon cruising downhill, but definitely a fast mile.  At about .75 of a mile the 10K runners drift left while we continue down the main drag for about another half mile.

At this point the course gets tough.  You no longer have the downhill and you have to make up all the downhill you got initially and then some.

I know the course well, having run this race and their sister Valentine's Day race many times.  I was hoping to hit the 2 mile marker at 16 minutes but went through in around 16:15.  The lack of speed work I have done was costing me.

The final mile is along Main Street.  It is a commercial corridor with some houses, banks and apartments.  The race organizers do a pretty good maintaining this section so that you can run through the intersections.  Also given that the race starts at 8 AM there isn't much traffic.

Also you have to crest a bit of a hill.  It just looms in the distance.  Looking at the elevation profile it isn't too bad but mentally it is a hurdle.

I kept on running as fast as I could and the finish line came into view as soon as I rounded the final corner. 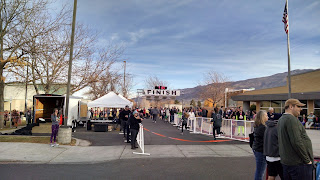 I was somewhat happy with my time (show me a runner who is happy with his time and I'll show you a liar).  I haven't done much speed work as I have been battling a knee injury.

I ran last year's race about 20 seconds faster.  I thought I had finished in about the same amount of time.


I grabbed my finisher's medal (which competes with some of the marathons I've done) and grabbed something to drink.  From previous runs I knew the line for refreshments would get long (and it got really long later). They had the typical food offerings: oranges, bananas, bagels and water and Gatorade.

I sauntered back to the results area and was delighted to see that I had finished first in my age group.  I did NOT expect that at all.

The race is really slow for getting out awards.  I was done a little after 8:30 and it took them until almost 9:45 to start doling out the awards. My patience was rewarded with a HUGE pumpkin pie. I am not a pumpkin pie fan but I will be by the time I finish this one I will be. 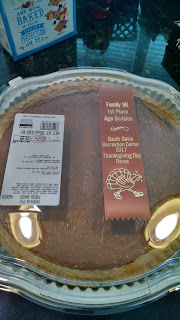 As always this race is a bargain and it will continue to be a Thanksgiving tradition for me. 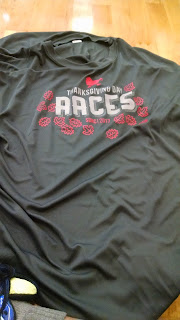