Well this week was partially about recovering (still) from the Salt Lake Marathon and the 30K race I did on Saturday.  All in all, though, I got in some decent runs and some decent volume.  I even managed to get in a dedicated speed work session in on Thursday.

The weather has been cooler as well and while I hear some amount of grumbling from people who want summer to start, I have no complaints.

This past weekend I had a chance to head west for the weekend.  I took off Friday and came back on Sunday.  For Friday night, I spent the night in Elko Nevada, which is about half way from Salt Lake City to Reno.  The Elko casinos always treat me nicely (at least with food and lodging -- not gambling so much) and I hadn't been in a while.

I wound up staying up late and almost didn't have the energy to do a long run.  I had made a variety of plans of which run I might do -- as I've been known to look around on Google maps in search of a strange and quixotic route.

I decided that I'd find Bullion Road and take that as far west as I dared.  I had hopes that I would be able to get to South Fork creek.  It looked close, but I really should've plotted it on MapMyRun.com as it turned out to be a lot longer.

It was an interesting run.  The first few miles I had run the route before in previous runs, but after a while, the paved road gave way to hard packed dirt.  The houses get less clustered and I found myself running through private property area (the road wasn't however) and ranches.

The sun was pretty hot and I brought some Tailwind but I quickly went through that.  Why does 14 miles seem so hard when people aren't handing you Gatorade every 2 miles?

Suffice to say, I stopped and took pictures and occasionally took a side trail to see what was there.  It was a completely enjoyable run.

I did find a place to park a car, so maybe next time I'll drive to that point and continue and see if I can make the canyon at the west end of the road. 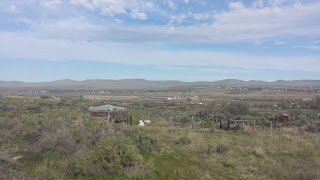 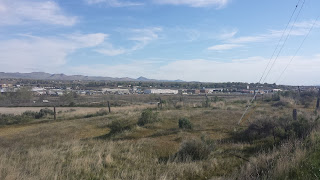 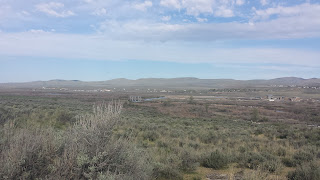 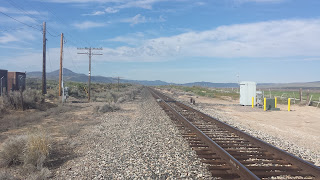 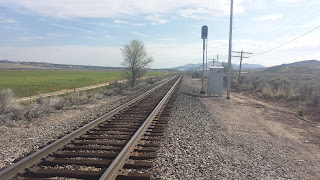 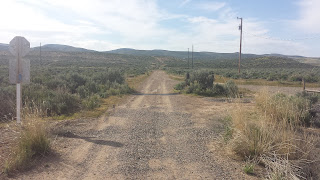 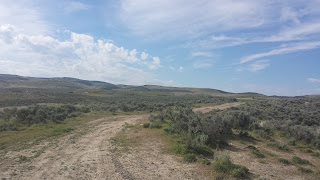 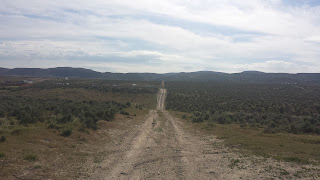 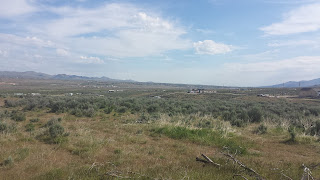 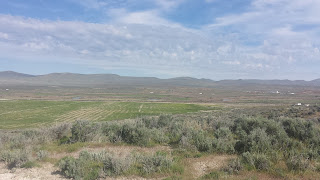 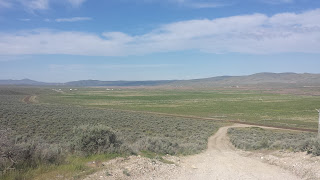 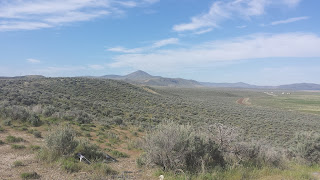 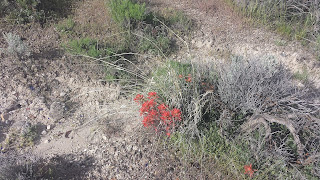 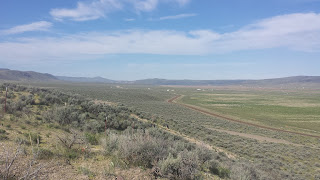 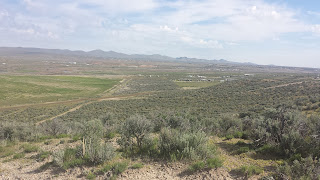 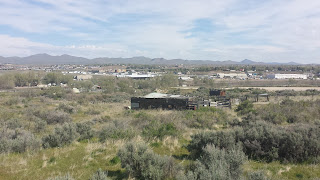 May is a busy month for me personally.  I have some options as far as races go, but just not exactly sure what I am doing and when.  My mom is visiting me from Southern California for a week starting roughly on Mother's Day... so racing is going to be a bit challenging...