This week was primarily an easy week.  Early on, I was still feeling the after effects of the Vegas marathon.  So even on Sunday, my long run felt extremely sluggish.  It wasn't until Tuesday that I started to feel better.

By then, though, I was starting to save my energy for Thursday's annual tradition of the Bountiful Turkey Trot.

So all in all, it was a recovery week.

On the plus side, we are receiving the benefits of an extended warm fall here in Salt Lake, so it is still shorts weather.

Also this week I cracked 2000 miles for the year.  This is the second year in a row I've done that.  I don't think all the extra mileage is helping me, but I certainly enjoy logging them.

Over the weekend I went to Wendover and I woke up on Saturday with some sort of plan to drive out to some place new, park the car and just see how far I could go.  Then I discovered there was a race on Saturday morning in Elko, so I decided just to go easy -- just in case I decided I wanted to run the race in Elko.  I wound up just taking a stroll down I-93, south of West Wendover.  I only went a few miles and I am sure I got a few WTFs, because I-93 doesn't take you to another town for at least a 100 miles.  Really nice running though: 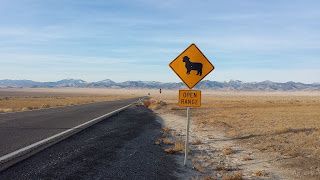 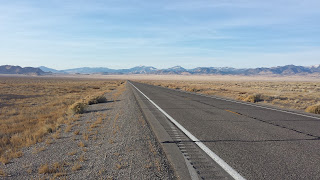 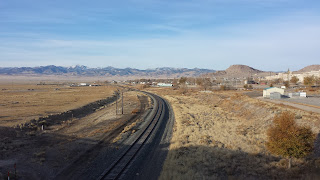 On Saturday, I realized the Elko 5K wasn't going to fit into our plans.  So despite it being 28 degrees out (it actually felt quite a bit warmer) I decided to go exploring.

I've run most of the roads around the Red Lion hotel, but this time, after studying a map, I found a road I hadn't run down yet.

As I made my way south of town I missed the road I wanted to turn on.  So instead of back tracking, I kept going on the shoulder of the highway.  I was studying my map on my phone and figured I'd catch the next street up.

Of course, I stumbled upon a trail and I remembered a person telling me that the trail system (unofficial from what I could tell) was a good place to run.  It basically consists of several miles of ATV trails.  So I decided to go exploring and I was really surprised at what I found.  Highly runnable trails.

I only scratched the surface there and I suspect I could go a lot further, but it was nice to get out and snap some pictures, as well as see a bird's eye view of Elko. 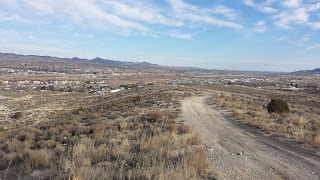 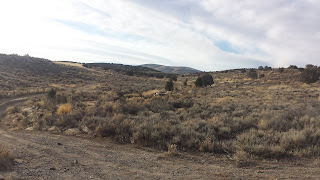 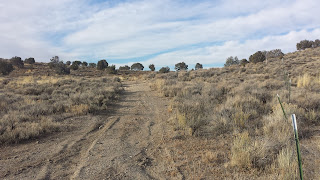 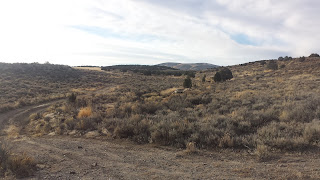 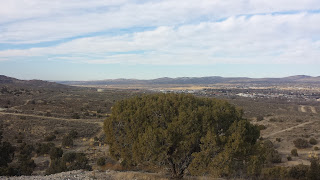 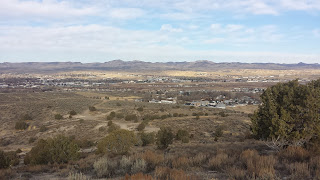 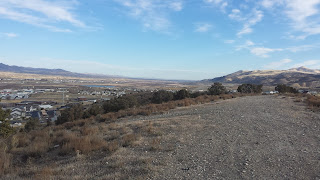 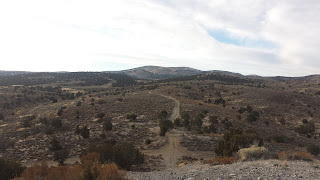 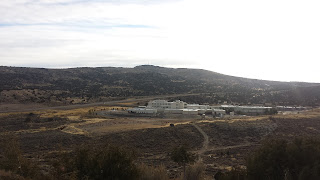 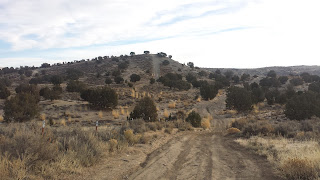 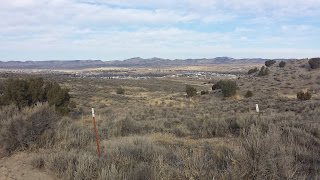 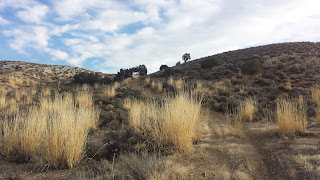 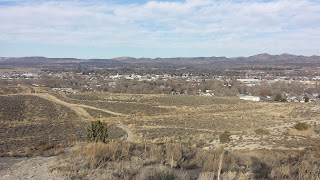 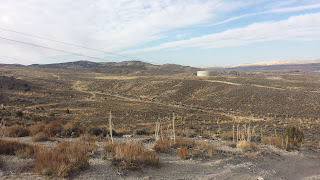 My weight loss is coming along nicely.  Nothing drastic, but I know I definitely blew it over Thanksgiving.  I was in Nevada over the long weekend and that meant scoring free / discounted buffets and I definitely indulged.  So you'll have to stay tuned... I need a week of eating clean again to get back on progress.

Email ThisBlogThis!Share to TwitterShare to FacebookShare to Pinterest
Labels: desert, running, This Week in Running, Wendover