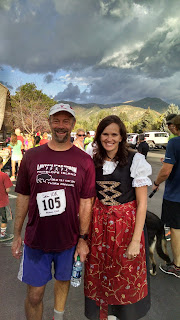 
For the past week or so, whenever I finished a run I wound up talking to my next door neighbor.  She is an elderly woman who waters her plants every night and she has lived in Utah for just about forever (she is 80+).  She informed me she was going to the Midway City Swiss Days festival.

The Swiss festival is Midway's claim to fame and during this weekend, the tiny bucolic village of about 14,000 people swells to over 200K as visitors come in to be entertained and sample Swiss culture.  Apparently, the Heber Valley, where Midway is located, was settled by the Swiss and a lot of their culture has remained.  You can see it from the architecture in their homes and city buildings.

So I was intrigued and during my research, I discovered that they also had a 10K.  While the race was about 50 minutes away, the price was $20 (even a few days before the race) and you got a t-shirt.  So I figured why not check it out.

I rolled in around 6:15 and quickly grabbed my shirt and bib.  The race is not chip timed.  I got there plenty early for the 7 AM start and I killed a few minutes using the bathrooms (which there were plenty at the start) and warming up.  I felt a little stiff and sore while warming up and I was sort of worried whether I was going to be able to perform.

The race started promptly at 7 AM and it went off with little fanfare.  Pretty much everyone assembled, and bam we were running.

In the first quarter mile we were greeted by a bag-piper, which was kind of cool (he was also at the finish line too).

I was hemmed in a lot during the first half mile.  A lot of people who should've lined up further in the back were up in front.  And the race wasn't chip timed.  Luckily, the road opened up and after a few minutes I could run comfortably.

I had studied the race course a bit before the race and knew the first mile was about flat but mile 2 through 3 would be challenging.  Sure enough, mile 2 I had to hit the brakes.  The hills, while not crazy long were short and sweet and they kept coming.  Luckily, I was still fresh but I was a bit surprised when I went through mile 2 at a 9-minute pace.

The race was primarily run on residential street.  It was open to traffic but people were polite and the major intersections were marshalled.  Turns were indicated by cones.  The middle miles, though were definitely the highlight as the roads led you to the base of the Wasatch Mountains.

Around mile 2.5 was a bit heart breaking.  You climbed a pretty steep section of the road, only to reach the top and then come back down.  Obviously it was there to make sure the course was 6.2 miles but it really took a lot out of me.  Luckily, though, it is downhill and I was able to get back into my groove.

The final 2 miles are somewhat downhill.  There wasn't any out of control hills, but definitely gentle enough to give you a boost to your pace.

The final stretch was a grind.  The downhills were largely gone and suddenly I found myself running kind of by myself.  Once in a while, I'd get passed and I knew the finish line was coming up.  I tried to respond but my legs were kind of dead.  I did pick it up in the final home stretch though and crossed in what I felt was a decent time given the hilly nature of the course. 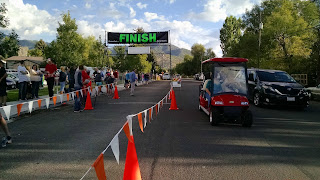 For a $20 race, this race was super organized.  After scanning your bib and collecting it, you got a finisher's card which indicated your time, place and if you qualified for an age group award.  Then immediately after exiting the line, you could pick up your age group award.

I was tickled pink to win something -- which they did for the first 5 in each age group:

They also had a pretty nice selection of refreshments.  Chocolate and regular milk (with a Swiss brand of course), fruits, water and fresh donuts, which were awesome. 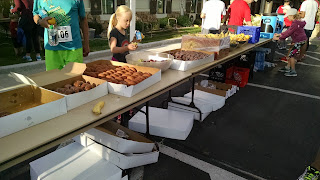 The shirt was a nice red one, which was a technical fabric that I'll definitely wear. 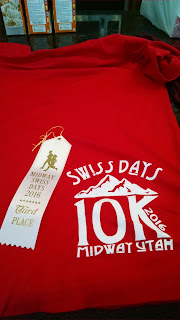 For $20, this race is a steal.  Shirt, an awesome / beautiful course, well organized and a super sweet age group award.  Plus, you are there early enough that you get great parking to spend the day at the festival.  How good is that?  I'll definitely be there next year.

I wound up hanging around for a bit before making my way to the fairgrounds and checked out the various groups that were performing on stage.  They had yodeling and youth groups.  Most of the exhibitors were people selling wares that you'd expect at any city festival and most of it I could care less about.  There was also ample food to be bought but I was pretty full from the donuts and managed to survive the morning without indulging.

Around 9:15 AM, I was debating on whether I wanted to leave or not.  I wanted to check out the 10 AM parade which was kind of a big thing.

I wound up hanging around and I did check out the parade.  I found the parade to be pretty dull, in all honesty.  I expected a lot more culture and "oohs" and "aahs" but mostly I got politicians and insurance salesman driving by in cars that looked like no effort whatsoever was made to celebrate Swiss Days.  I probably would've left, but my car was parked right at the parade start.  There were some cool parts to the parade, but definitely few and far between.  The parade did last about an hour. 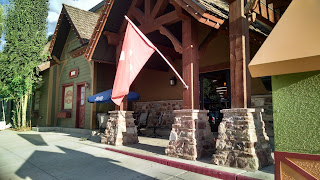 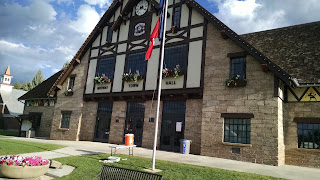 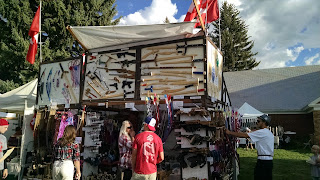 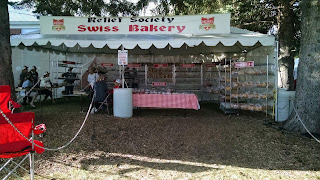 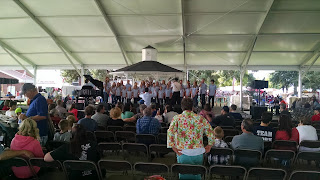 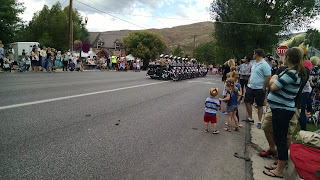 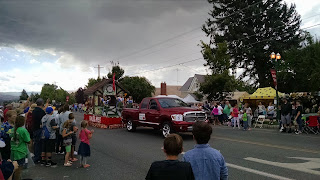 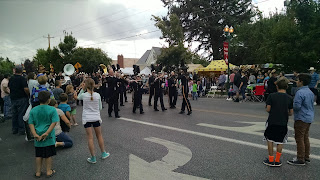 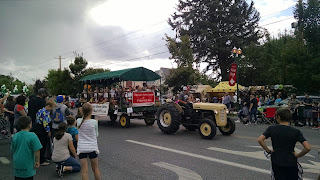 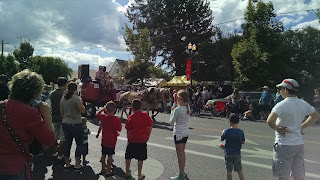 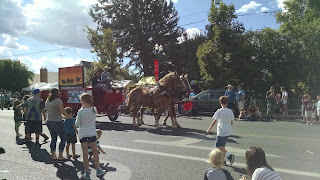 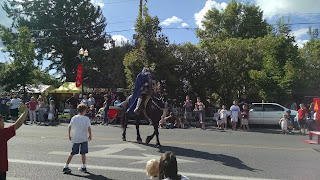 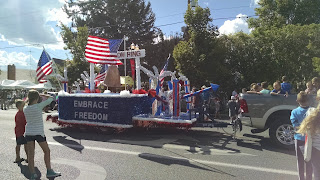 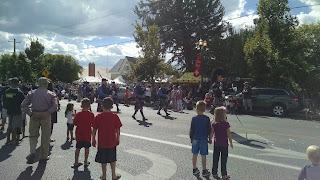