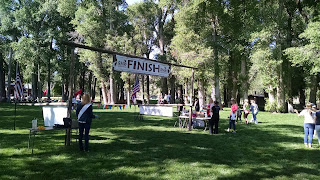 
For a while now, I've been targeting the Lamoille Canyon Half Marathon.  I feel in love with Lamoille Canyon in 2013, when I went to Elko on a whim and went hiking there.  So just about any chance I get, I try to go back there, get some hiking and revisit the canyon.

Looking for a weekend getaway, I planned the race and decided to give it a go.

Like a lot of Utah races, the Lamoille Canyon is a mainly downhill race.  It starts roughly at 8800 and finishes somewhere around 5500.  If you've read this blog for any length of time you know that I am not a super big fan of downhill races.  Sure they produce fast times but in my opinion they are punishing physically, hard to control the pace, and substantially increase the risk of injury.

However, knowing how much I like Lamoille Canyon, I decided to give this race a go.  I had toyed with doing the marathon, but after my lackluster race performance in Ogden, I decided to just do the half.  Yes, I felt like a puss "only" doing the half, after finishing the race, I was glad I had reigned in my running enthusiasm. 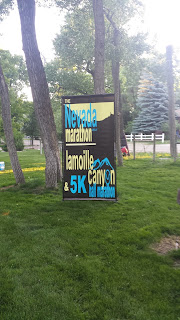 The day before the race, I drove from Salt Lake City to Elko -- about 3.25 hours away.  Packet pickup was at an outdoor clothing store, which was super easy to find (Elko isn't that big).  Swag consisted of a nice tech shirt, some food samples and a sticker.  They even had some throw-away gloves, which I was glad I took.

I woke up around 4:15 after a rough night of sleeping.  As usual, the night before a race I slept poorly.  I think all the excitement of the day as well as pre-race jitters had me on edge.

After eating a light breakfast, I assembled my stuff and made the roughly 30 minute drive to Lamoille Grove -- a community park about 1/2 mile from the entrance to Lamoille Canyon.  There was ample parking and I easily found the coach buses.

After using the park's bathrooms, I jumped into the first departing bus and made the roughly 20 minute drive or so up to the top of Lamoille Canyon.

Lamoille itself was about 54 degrees, however, at the top the temperature had dropped quite a bit.  I figured it was in the lower 40's, perhaps upper 30's.  Luckily, I had brought some extra clothing and only had to kill about 45 minutes up there.  It was just nice soaking up the atmosphere. 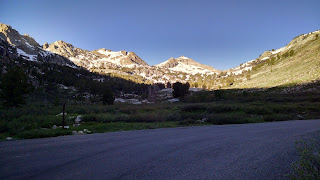 On the way up, we saw the full marathoners had started the race an hour earlier making their way down the canyon.  I didn't have a real good view of them, but I think most people said there were only about 10 of them (did I mention that I was SO thankful I hadn't done the full).

For a small marathon / half marathon, there were people from all over.  It would seem a lot of people traveled to run this race.  A lot were ex-Elko residents and a few who were just in town passing through and decided to race it. 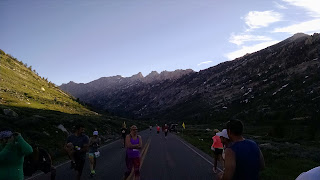 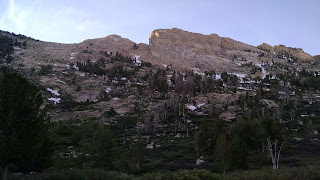 The race started at 7 AM.  At first, I thought we were going to start at the top of the canyon loop and simply end at the grove.  However, in the past they used to have to run an extra lap around the park to make it 13.1 miles.  They have since changed it so that you run about 1/4 mile (or so) UP to the top of the canyon and then back down.

As soon as I started running I was breathing heavily.  I don't know how everybody else got off to a good start, but I was gasping for air from 10 yards in.  Then I remember, I was at 8800 feet and everything is SO much harder. 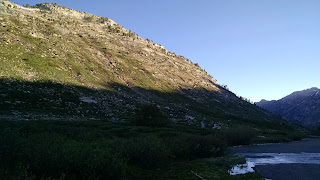 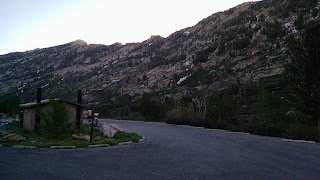 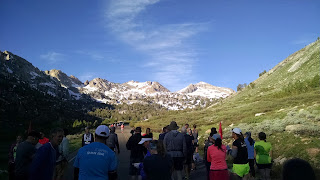 Luckily the uphill is short lived and after circling around the top of the parking lot I started my descent.  It still felt hard to run and it wasn't until about mile 3 that I felt like I could breathe.

Part of me was really worried about how fast I was going.  I was easily cranking out sub 8 minute miles.  I suspected it was harder to control my pace versus just going for it.

For the most part the descent wasn't too bad and I wasn't feeling any pain points, other than a cranky Achilles tendon once in a while.

I was on for a fast pace, so I didn't take any pictures of the absolutely gorgeous scenery.  I've photographed a lot of the canyon, which you can see with this tag.

Around mile 6 or so, I encountered the first section of flat / uphill.  My pace went from flying to almost crawling (it seemed).  My legs just seemed to not respond and I was laboring a great deal.  I think all the pounding they took from the early miles had run me down.

Luckily a fellow runner ran with me for about the next 3 - 4 miles. I normally don't talk to people during a race -- I am too focused on my own pace but this was a nice respite.  Both of us were making the same pace.  I hadn't run with too many people in the race, since it was small and many people were well ahead of me.  So Heather -- if you read this, thanks for the company and may our paths cross again!

The final 5K is flat with some uphills.  You are basically out of the shaded canyon and now into the glaring sun.  While the scenery was beautiful, you definitely had to maintain your own running power.

The race organizer only had 3 water stops -- one of which had Gatorade.  I had read that before hand and was so GLAD that I had brought my own flask.  With the rising temperature and the glaring sun, I was taking more and more hits from my canteen as the race progressed.  I think I would've suffered a great deal without it.

All in all, my pace wasn't too bad and in fact, I haven't run sub 1:49 in a LONG time.  While I hate to mark these types of courses as PRs because they are giving a HUGE benefit to the runner.  It was very nice to have a good overall time.  Granted, the last 2 miles felt like I was dragging an anchor.  Thankfully, I wasn't being chased by anyone and I even managed to nab second place in my age division. 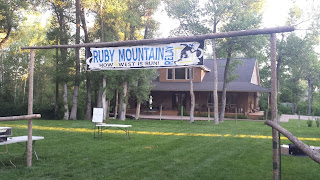 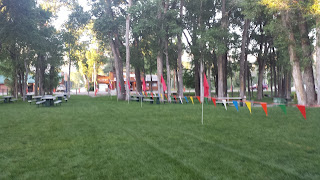 Overall, I was really happy with this race.  They kept the price very reasonable ($65 for week of registration) and while it wasn't terrible formal (no chip timing) everything went according to plan.  If you ever visit Northeast Nevada, make Lamoille Canyon a must-see on your visit.  It is just gorgeous and most people don't even know it exists.

There was a good sense of camaraderie at the race too.  I didn't know anyone there but I easily struck up conversations with a variety of people.  Probably the friendliest group I've ever run with.

The scenery for the half marathon is just incredible.  It was really an honor to be able to run this course.

I am glad I didn't run the full.  It was warm and seeing the second half of the course, it would've been a massive sufferfest.  My legs would not have been able to tolerate the final 15 miles of flats after 11 miles (or so) of the massive downhill.  I talked to a few of the marathoners and I got the impression it was a lot of hot, not shady, dirt roads with not a lot to look at.  I probably would've been walking after mile 20. 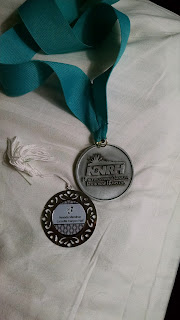 The medal and age group award were pretty basic.  If you are a medal hound, you probably won't be impressed.  Nothing too fancy.  They had a free pancake breakfast, free ice cream and the usual spread of post-race food.  That included water, bananas, granola bars, and chocolate milk.  Awards were fairly prompt and there were plenty of room to sit in the park and just bask in the shade or sunlight.  Just a perfect setting and I was happy with my experience from start to finish. 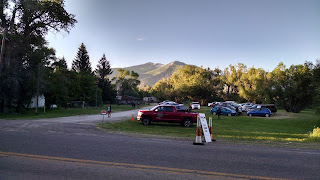 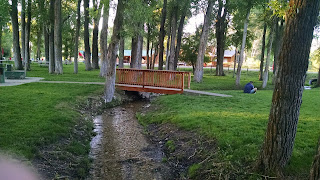 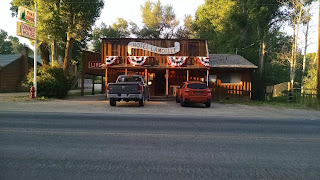 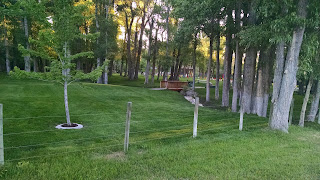 I definitely plan to do this one next year.  Yes, I am incredibly sore, but this made for a perfect long weekend and I had a lot of fun.  I would definitely shy away from the full and while my ego took a hit from not doing the long race, I did have a great half marathon.
Posted by Eddie Gaul at 7:20 PM