Last year when I was in Wendover Nevada, I noticed that they had an annual 4th of July 5K in town.  By the time I had read it, last year, it was too late for me to get into it.  This year, I made a conscious effort to run this under-publicized race and try it out.

Granted this was an informal race.  The time keeper wasn't a professional organization, it was a guy with a stop watch, pen and a tab of paper.  I don't think my results are ever going to make it online and it started a bit late.  So my expectations were pretty low to begin with, which is just fine with me.

My plan was to use this race as a tune up and just run it solidly.

The race started out on the golf course and surprisingly it stayed on the golf course the entire time.  While running on fairway grass might sound ideal on one's joints, it took a lot of spring out of your stride.  Once I took off after an informal ready-set-go, I could hear the jingle of my car keys in my back pocket.  15 yards later -- nothing.  Crap!  I had completely forgotten to zipper up my shorts pocket, so right at the start I had to stop, go back to the start and locate my keys.  Luckily they were easy to find.

I quickly got back into my 8 minute per mile pace and started passing dozens of people.  By the end of the first mile I was in the top 10 mile and was slowly over taking people.

My thighs were shot after the first mile. While I've done some running on grass, I had never run this much and I was wishing I was on pavement again.  The rolling hills and the lack of bounce was just wrecking my stride and pace.  From what I remember, I hit mile 1 right on target with a time of just about 8 minutes.

At the start of mile 2 the runners started to get more spaced out.  While initially the course was pretty easy to figure out -- when we jumped on some of the dirt golf cart tracks it wasn't completely obvious were to go.  The markers that we were supposed to follow weren't omnipresent and there were a few times that I came to a near stop just to try and figure out where I was supposed to go.  I just needed some sort of reinforcement to know I was going in the right direction.  After mile 2 I dropped the last kid who I had been following (the majority of people running the race were younger than 18).  Also during this mile I saw a couple of Pronghorns galloping through the course.

I crossed the line in 26:37, which is insanely slow for me.  But given the rolling hills of the golf, the fact that I did virtually no warm-up and I am not sure I ran the correct course, I'll swallow my pride.  My Garmin read 3.20 miles.  I think I was probably first "masters" runner to cross out of about 60 runners (their largest race size to date) and probably about 8th overall.  I am not too worried about my race time, being that I probably ran last week's half marathon at about the same pace.  I had to stop several times to figure out where to go, I lost my keys (briefly) and I was mostly using it as a tempo training run.

I wound up running the course some more just to log some miles and take photos.  Also, it turns out I knew two of the runners there.  Runners of my blog will recall that I did Race to the Angel last September and I saw a few people that remembered me (and I remembered them).  We all made promises to do the Race to the Angel Race and check in with each other then.  Only a handful of people have the nuts to run up a canyon, not down. 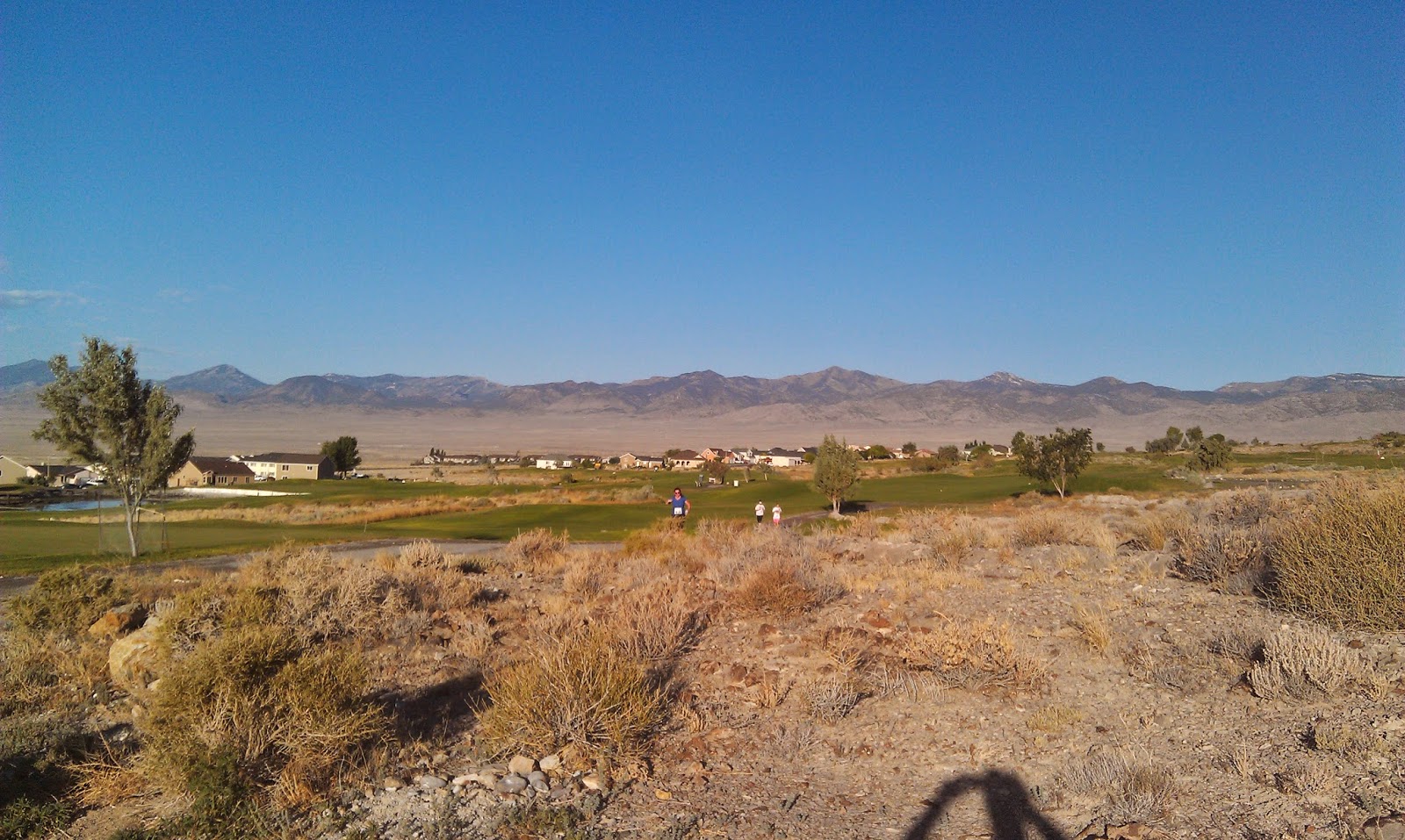 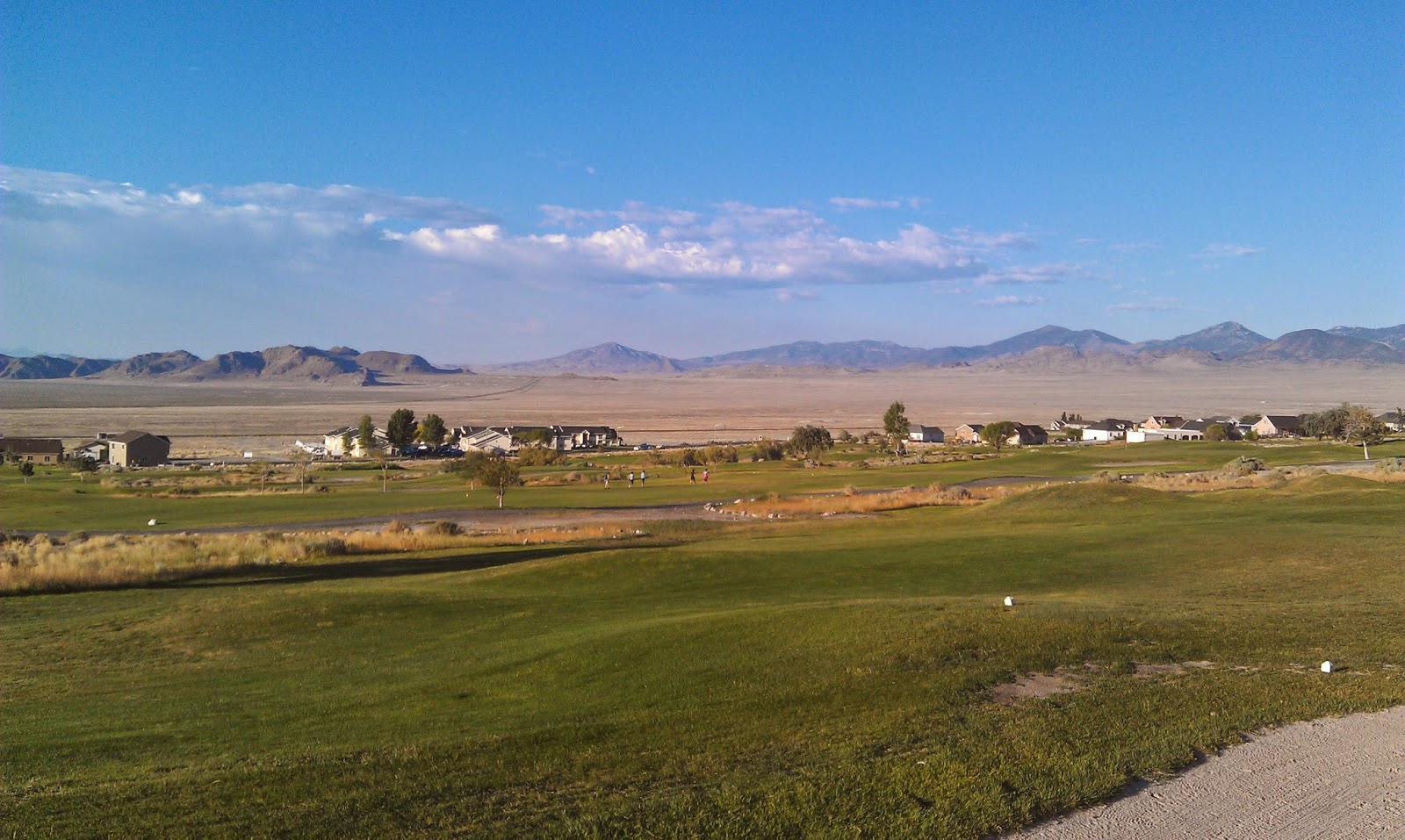 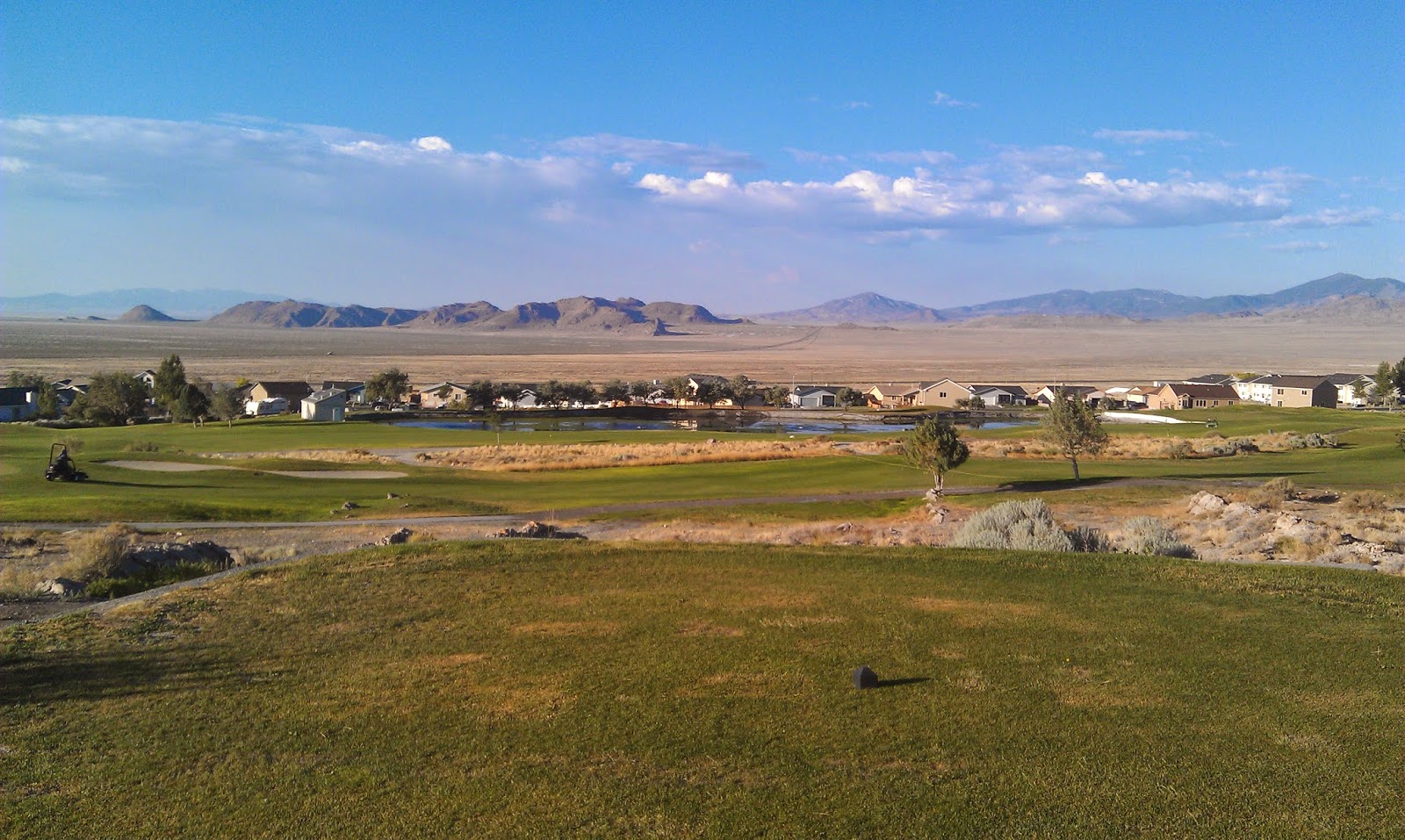