Well today I decided to revisit the Butler's Fork Trail and head back on up to Gobbler's Knob.  I've done this hike before and you can see a lot more pictures in my previous blog post.  I did it last year in October so I got more of the fall color.  This time, I hit it when there was a spectacular bouquet of wildflowers in bloom. There were plenty to see: primarily yellows, but there was a smattering of purples, reds and even oranges.

The hike started off auspiciously enough.  Within a half mile I was warned there were moose ahead.  The people that had warned me had turned around and were going to try another hike.  I proceeded and spotted one of the two moose: a giant male about 50 yards off the trail.  He eyeballed me and kept a close eye on me while I proceeded up the trail.  It was sort of upsetting to me, because this trail isn't widely used and from that point on I was ultra-paranoid about running into another one.


Luckily, after passing through that glen, I didn't see another one.  I made it to the top of Gobbler's Knob in about 1 hour 45 minutes.  The first 3 miles of the hike isn't bad.  It is the final ascent to the top that is absolutely brutal.  I would figure you are climbing up a 20 - 30% grade and at 10000 feet, it is a crusher.  That last half mile probably took me a good 30 minutes.  I was sort of embarrassed when a trail runner eased by me, but he was hurting too. 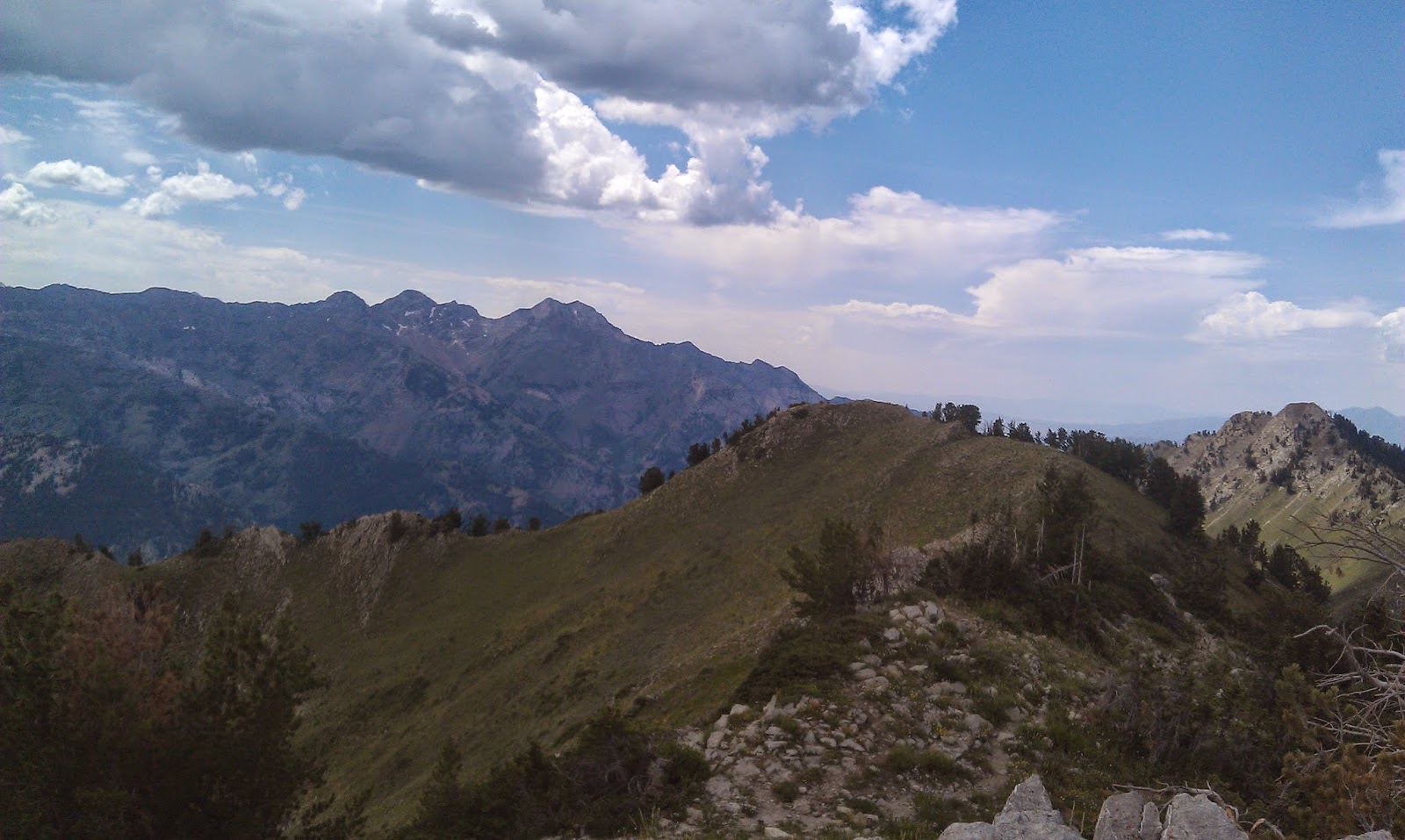 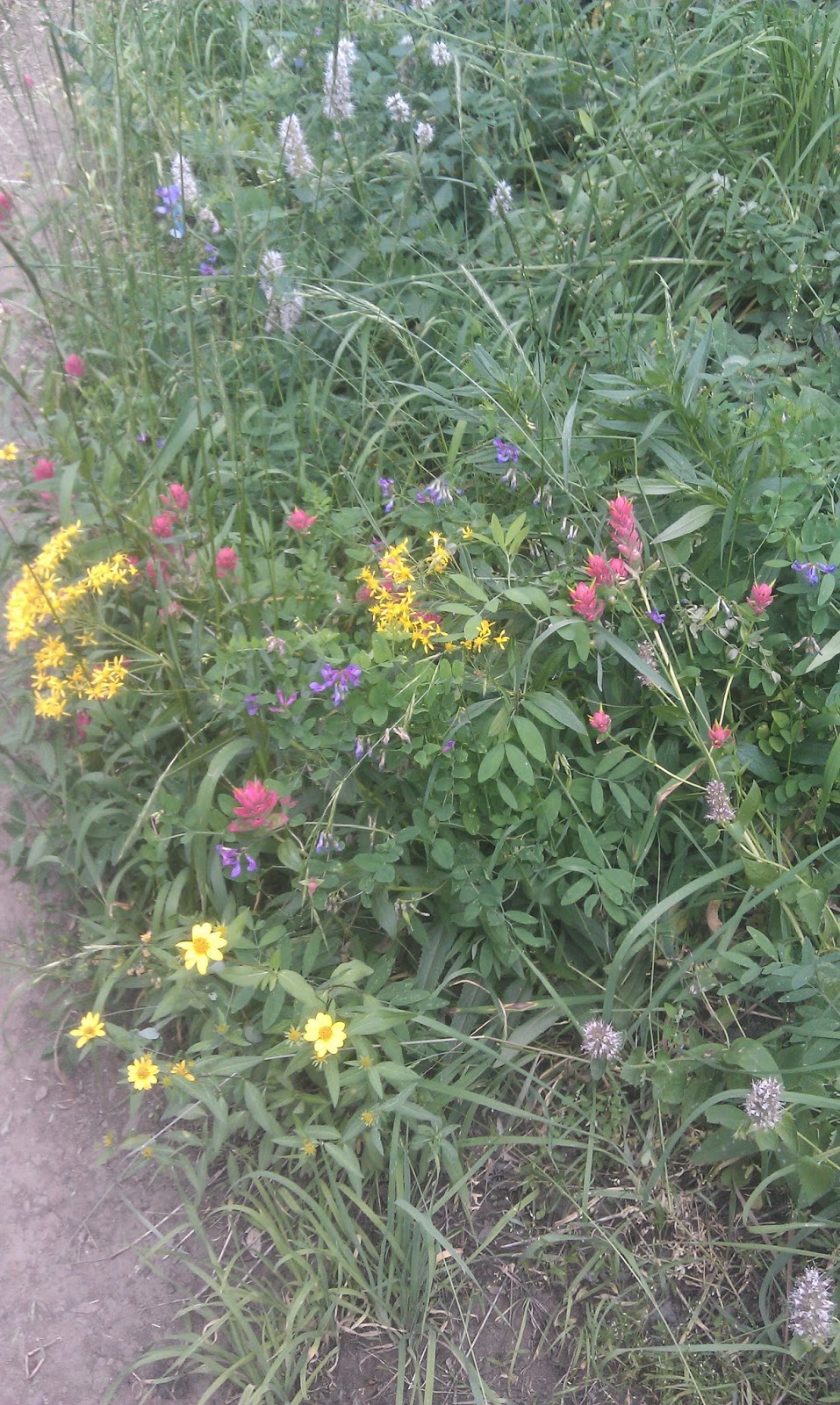 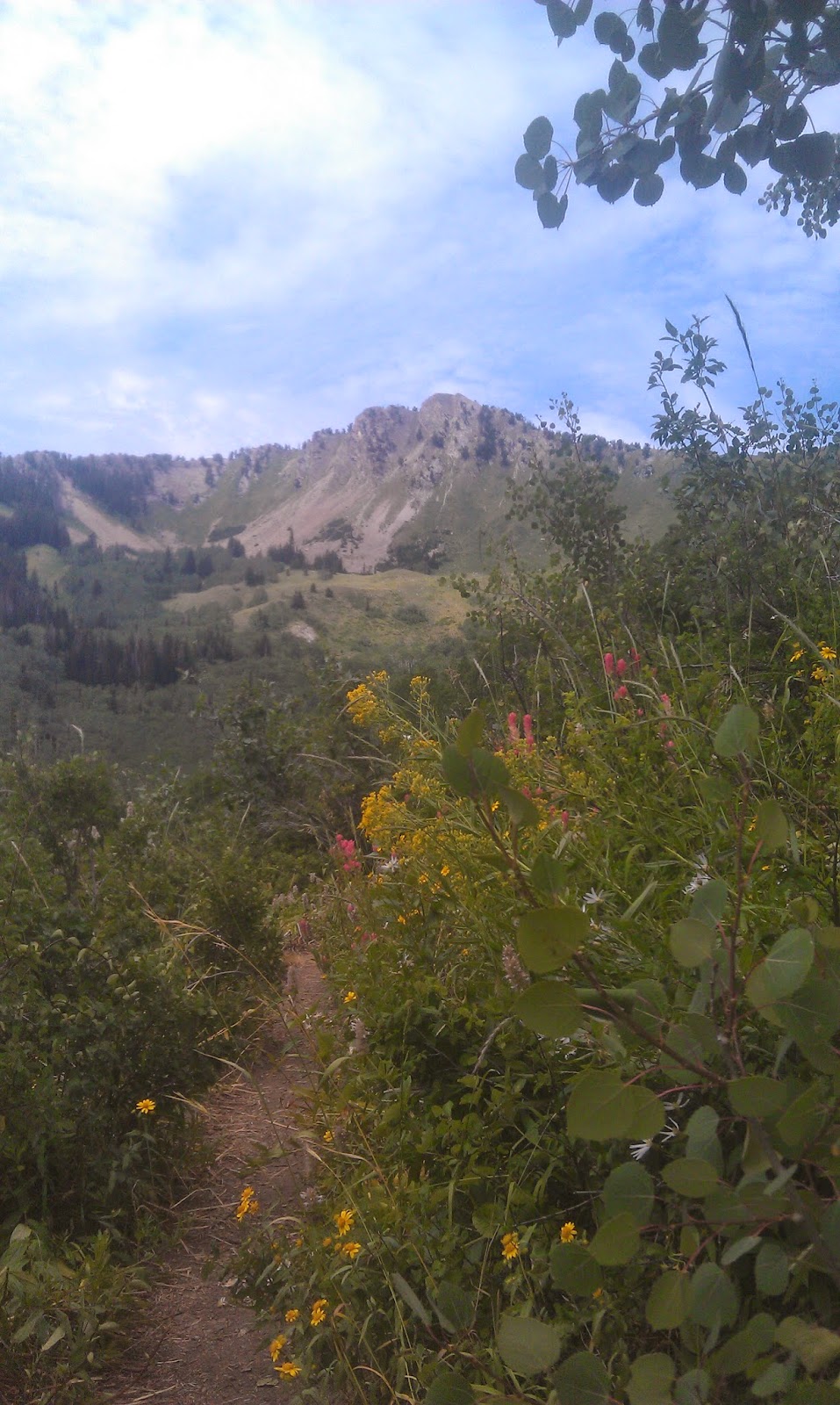 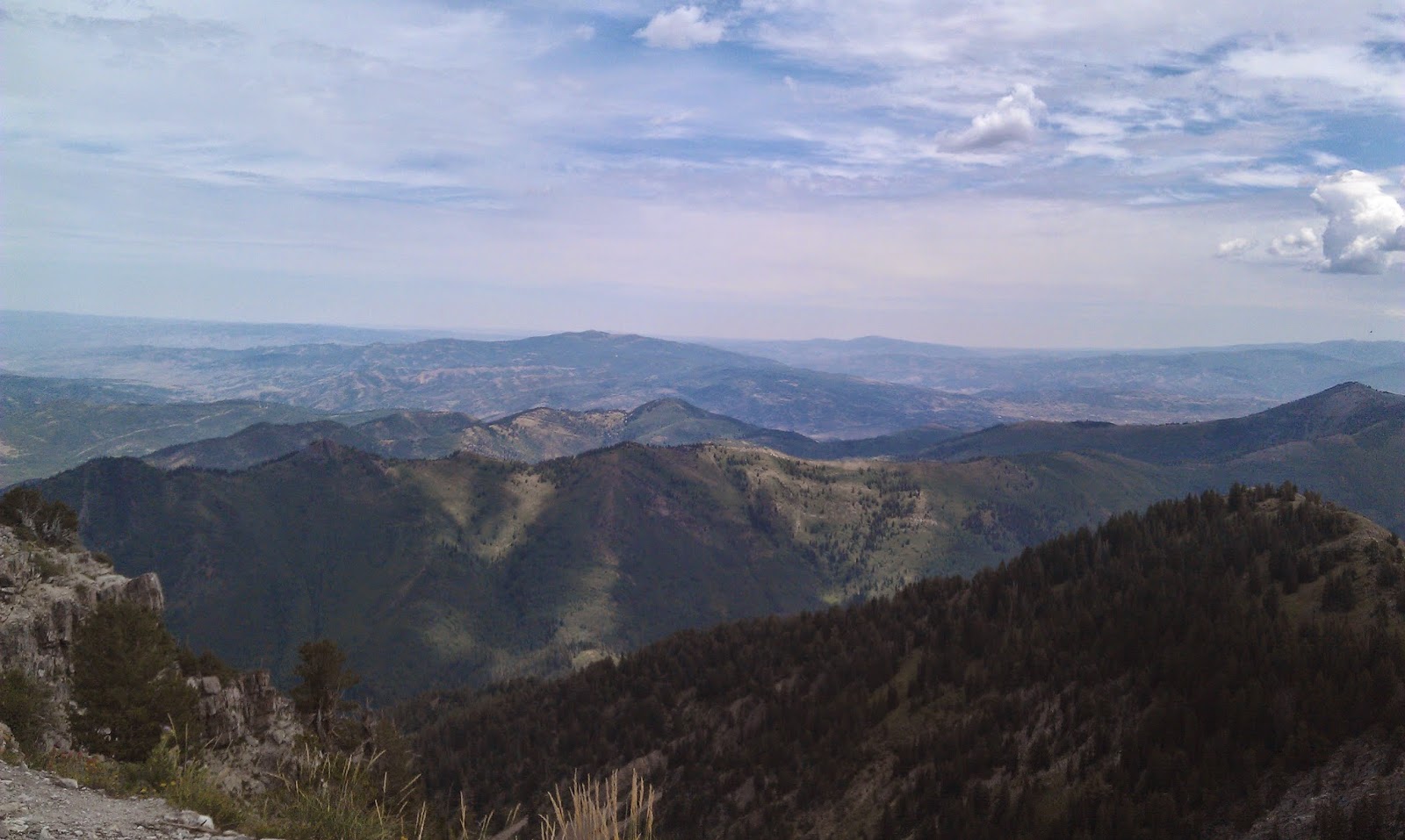 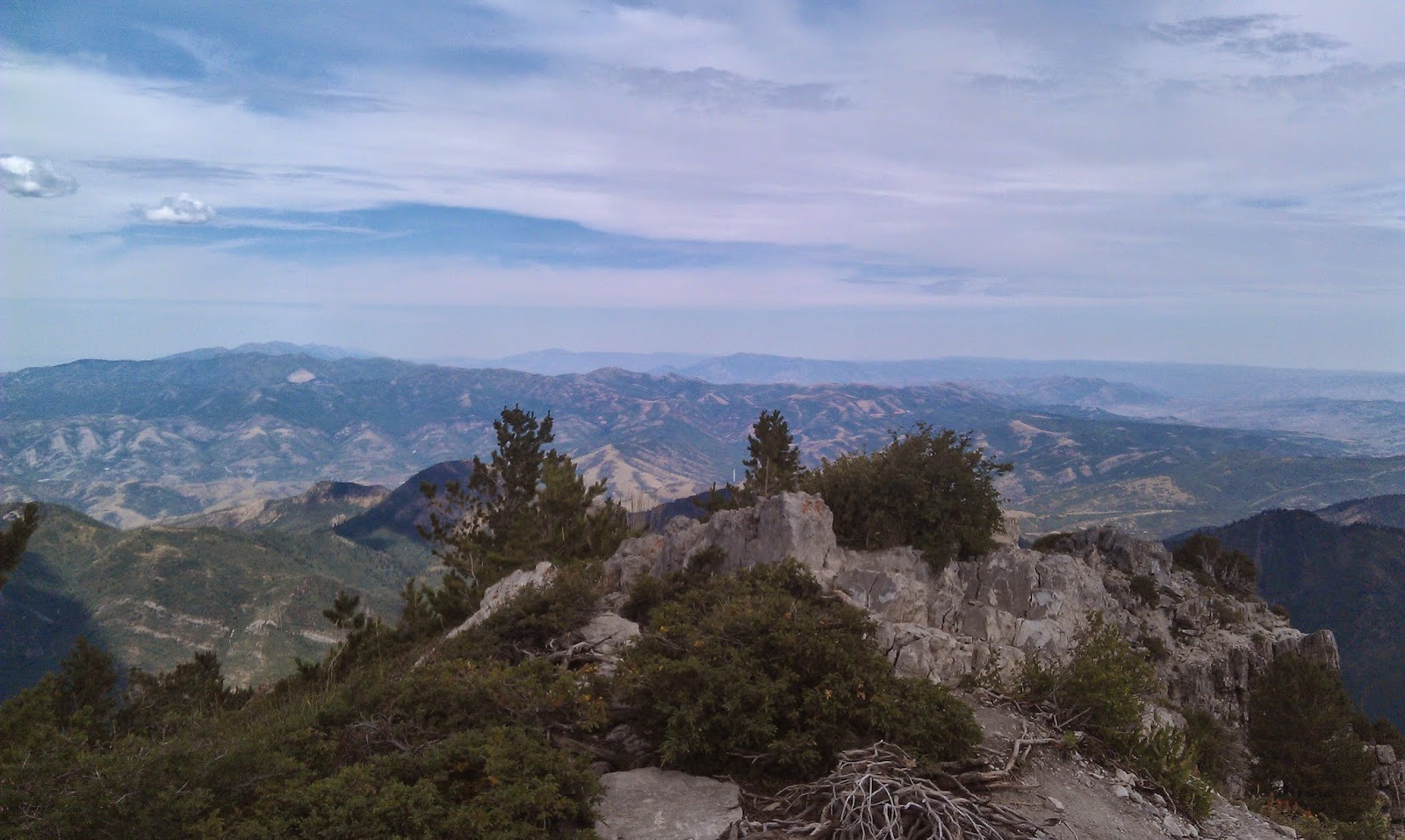 I wound up hanging out up there for about 20 minutes snapping pictures and relaxing before heading back down.  I hardly saw anyone on the way back (where as I had run in about 10 people on the way up).  When I reached the glen where I had seen the moose before I ran into some people and they said the moose were up ahead to be careful.


I was like great... As I went through the glen I didn't see the old moose and as I proceeded I figured I was in the clear.  Then I saw two women ahead peering into the grass.  Just beyond the grass was a small ravine.  I
figured the moose was there.  As I got closer, I realized the moose was camouflaged right into the grass less than 10 yards off the trail.  I would've walked right past him.  He seemed content to just lay there as the 3 of us took pictures of him. 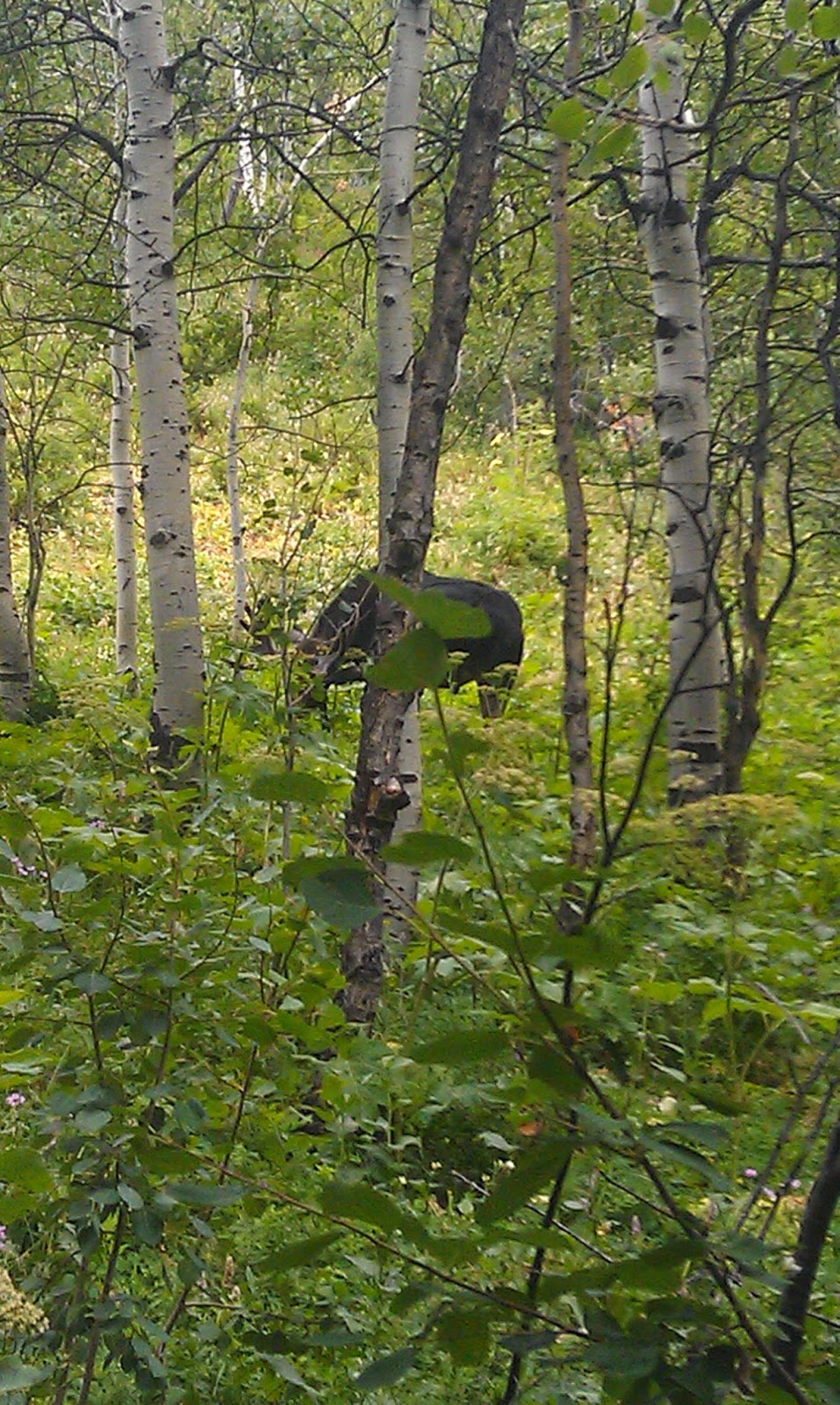 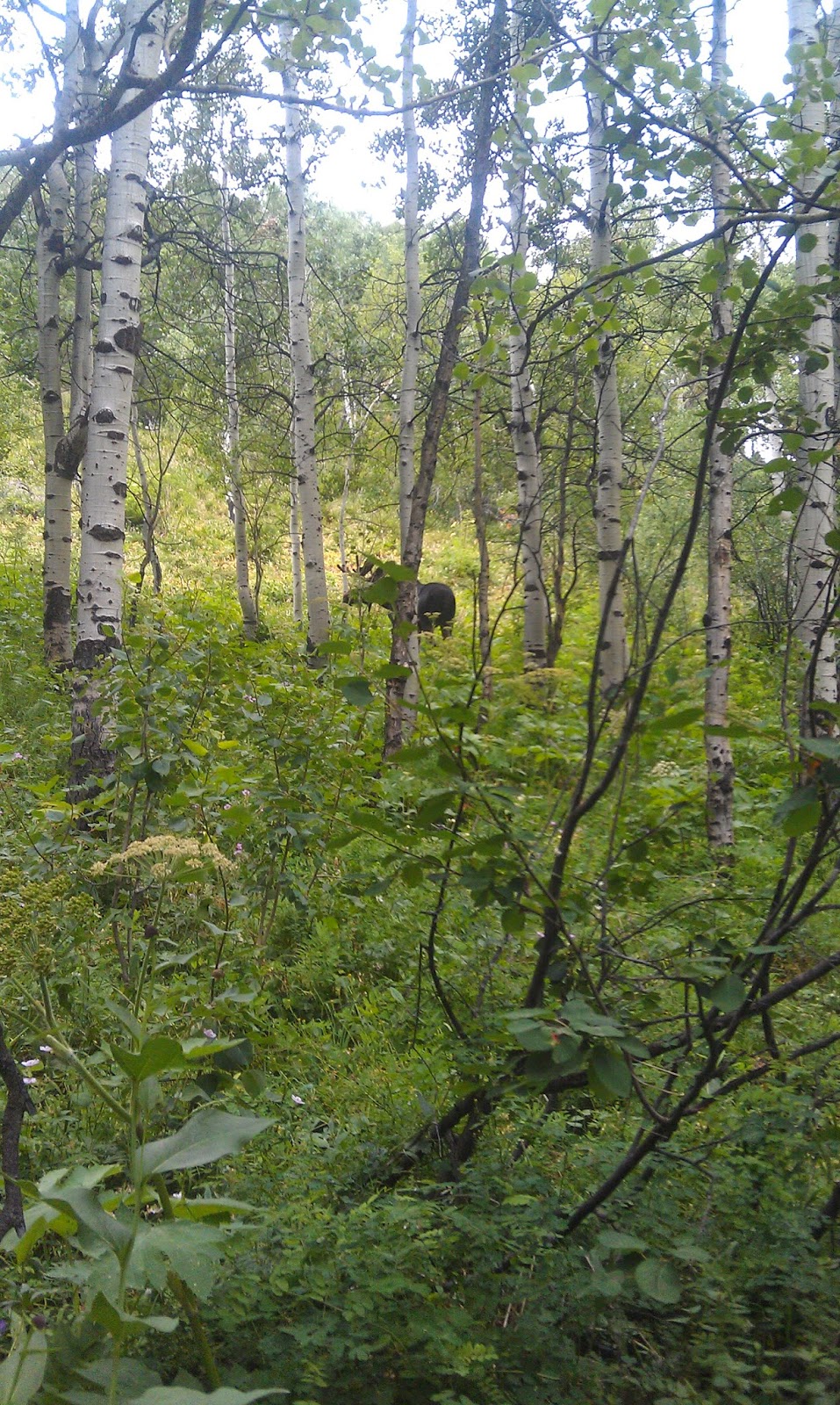 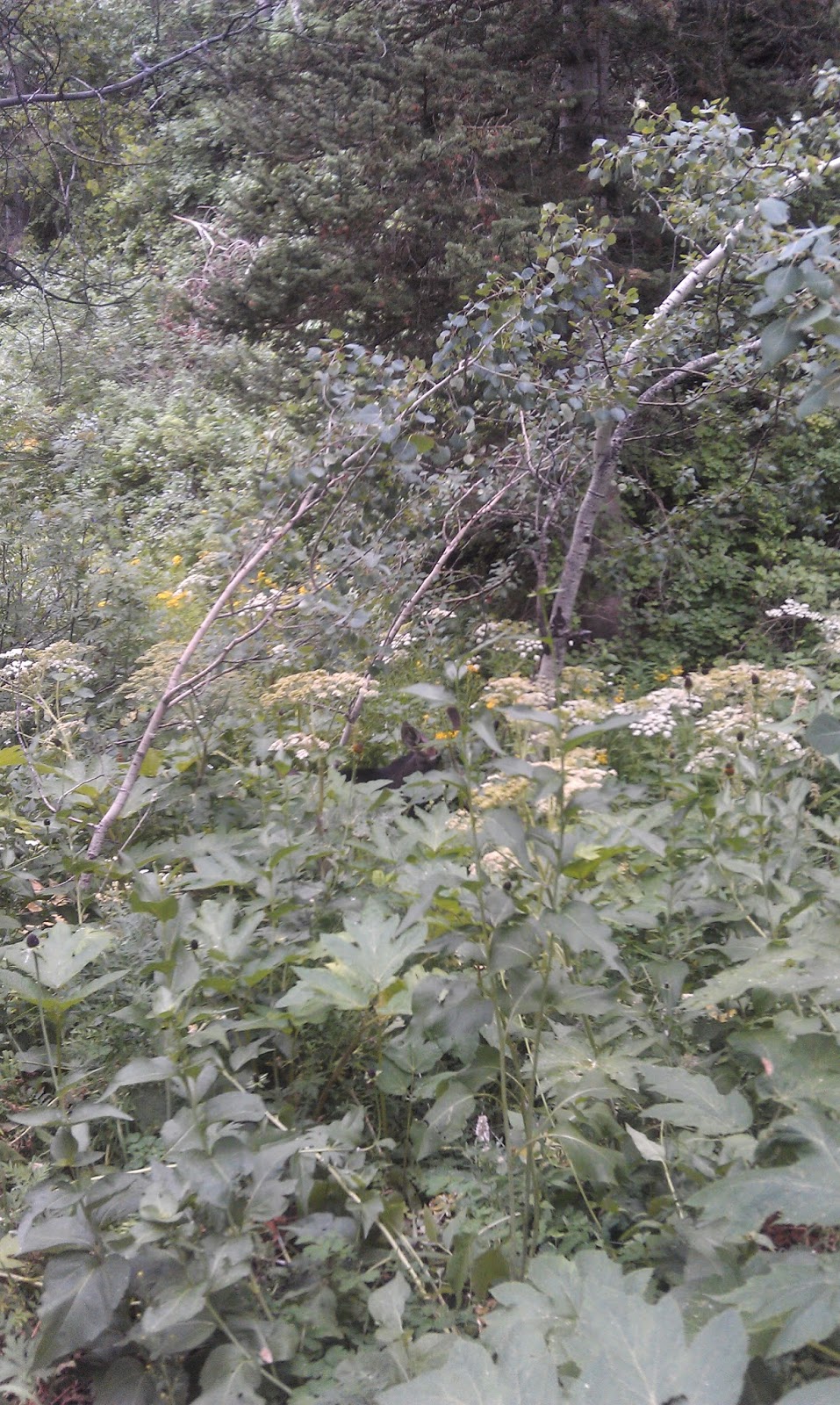 It was way too close for me and I took off along with the women and I looked to my left and there was another HUGE moose about 30 yards off the trail on the other side.  He seemed content to just eat whatever he was eating, but it wasn't a good scene.  I snapped a few pictures and wrapped up the 8 mile hike.

Later I was told that there has been a black bear sighting on the Lake Blanche trail as well as the trail I was on in recent weeks.  So it is probably time to invest in bear spray.  My trusty walking stick isn't going to be a match for a bear.