Running Updates for May 2014

This morning, I was all set to do the North Ogden Half Marathon, but I talked myself out of it.  One, I wanted to register but was too late for it (so no t-shirt) and two, I really wanted to see where I was at for marathon training.

I ran 15 miles in the rain last weekend with a raging migraine and sadly I was walking after mile 13 and miserable for most of it.  It was like all the marathon training I had done up to that point had been officially lost (and it didn't help to have the rare headache) and I was ready to write off my spring training.

Sadly, I missed out on the Salt Lake City marathon (and $120) after getting what I think was a calf strain.  So I still have over 4 months of marathon training that I'd like to capitalize on.  I am still studying the Casper Wyoming marathon and have my eyes set on that.  If I survive next week's long run, I suspect I'll plunk down the money and make the reservations.

The last two weeks I've hit a solid 40+ miles and I am feeling absolutely nothing wrong with my calf or any other body part for that matter.  I would've run more this week but I was on the fence for the half marathon and wanted to taper a bit for it.

I nailed an 18.5 mile run this morning with a solid showing and I am shooting for 19 - 20 next weekend before starting a taper again.

The bike trail is getting more active again with morning runners but as the temperatures climb and the summer approaches, I suspect I'll see less and less of the regulars.  In short, though, I am thrilled to be living so close to the bike trail: it is flat, I don't have to worry about cars (except one road), and the drinking fountains are back on.

This morning I was looking to do maybe 3 miles, but instead the day was so nice, I decided to do 7.  I wasn't in any hurry today and saw an observation point along the Jordan River.  I had often passed by this point, but never stopped in.  I decided to and was surprised to find a neat little garden and a view of the Jordan River and a walking trail.  There was also some informational signs as well. 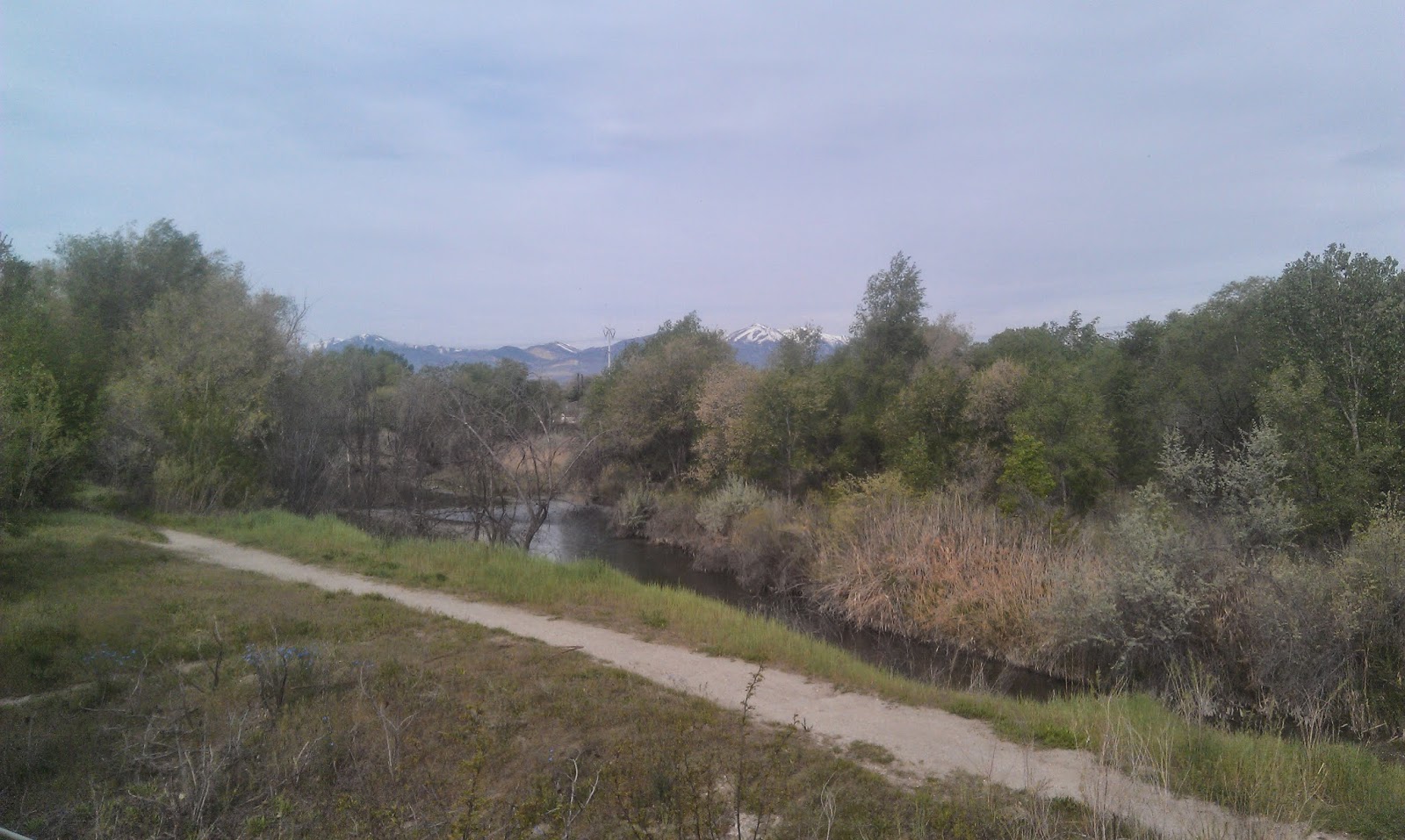 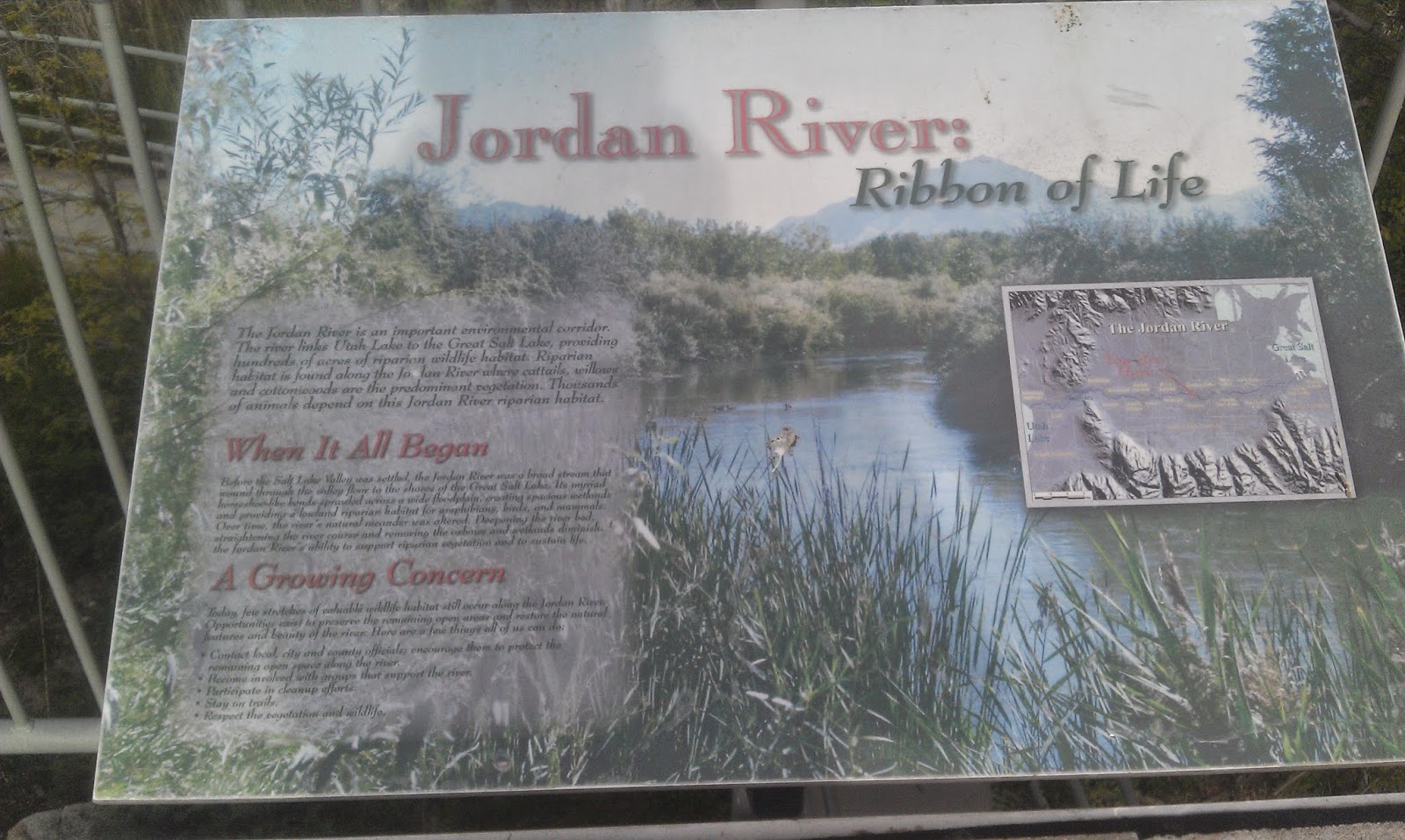 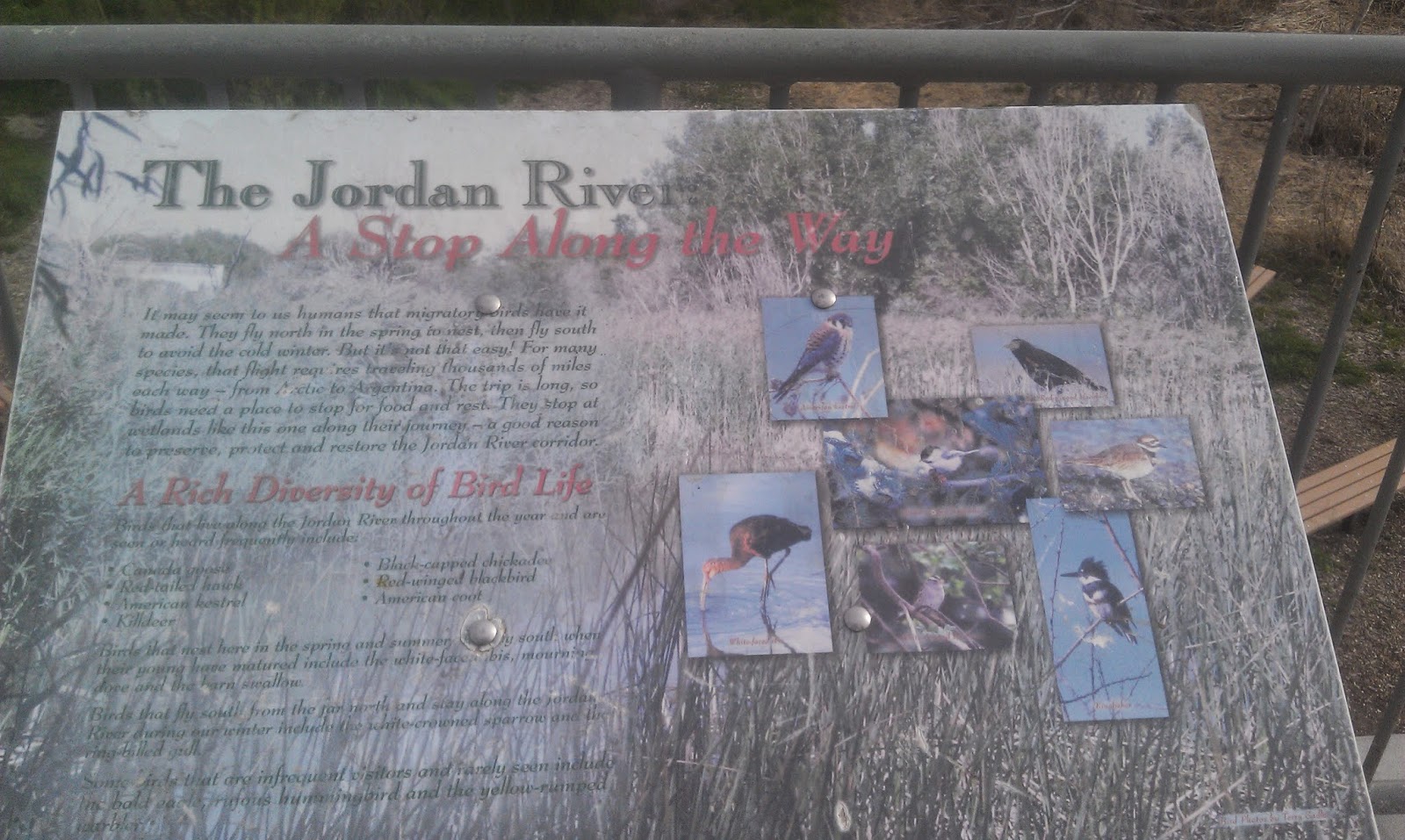 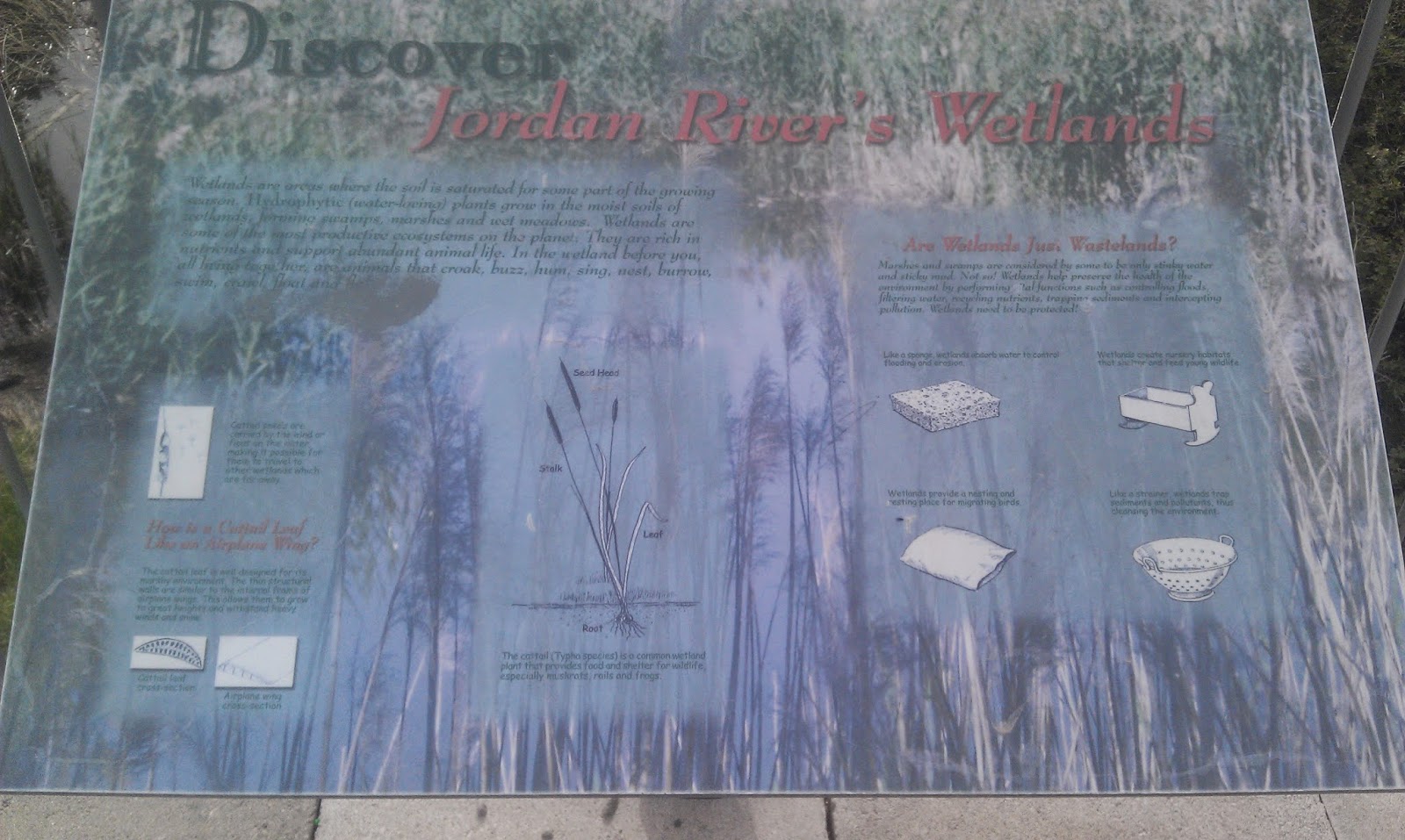 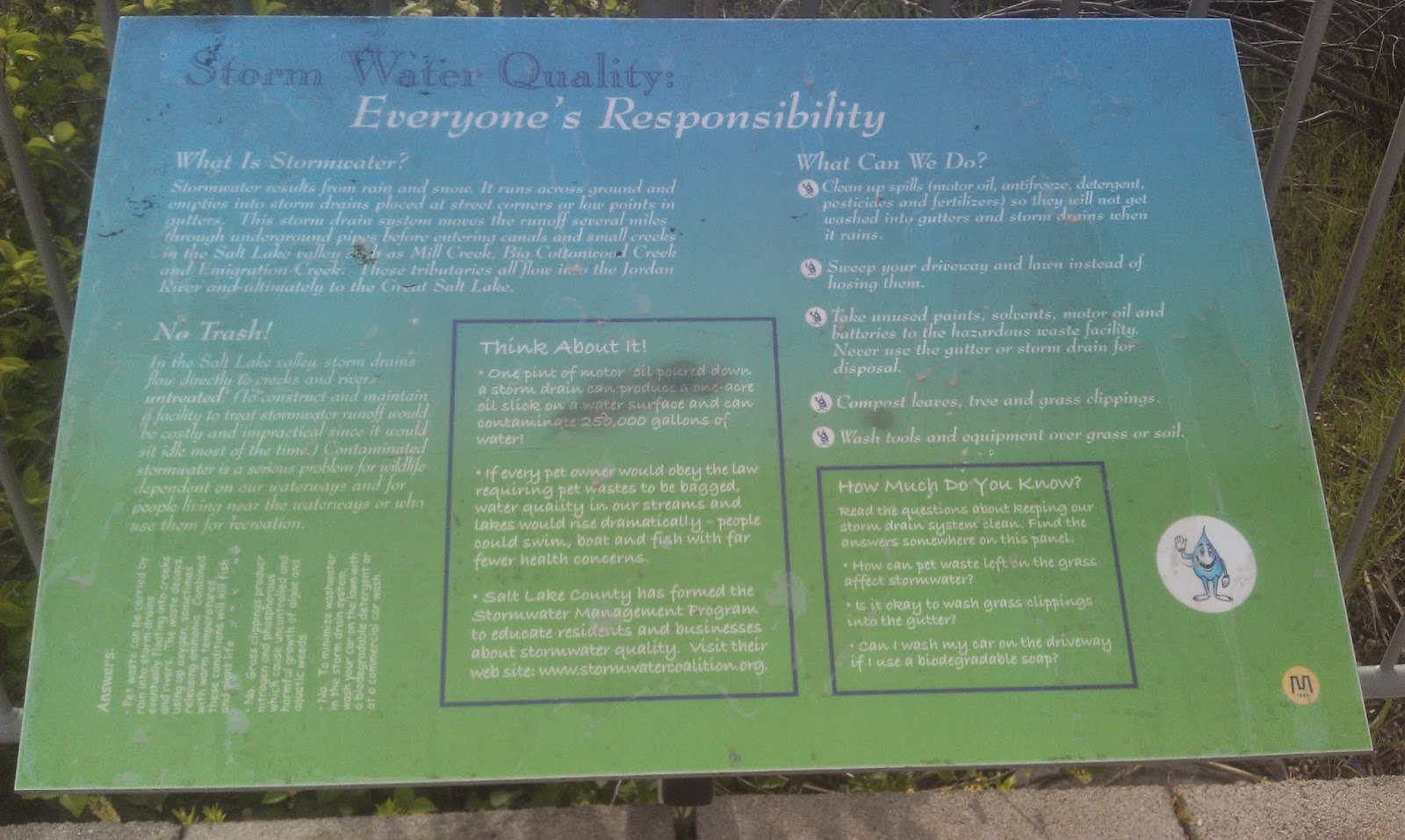 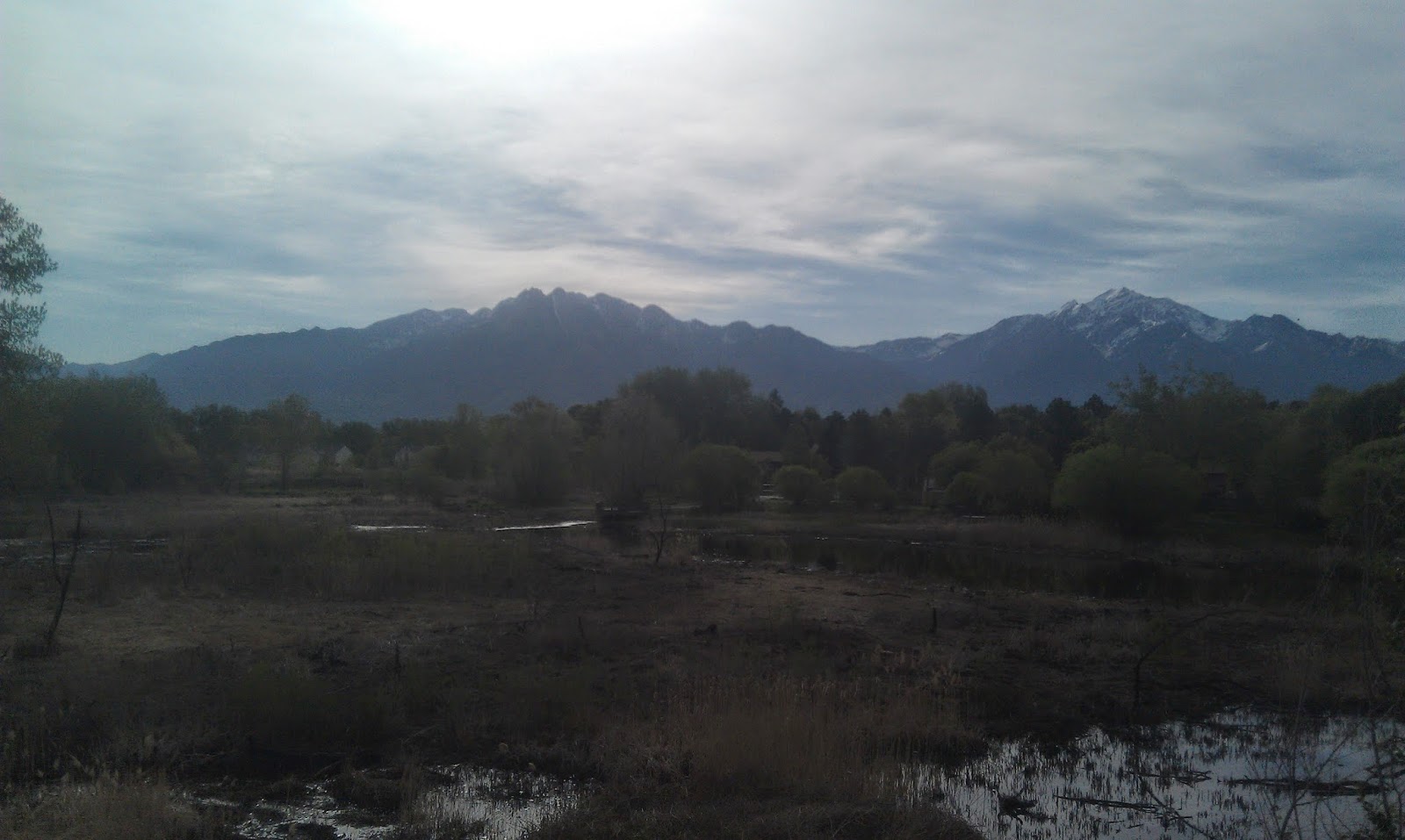 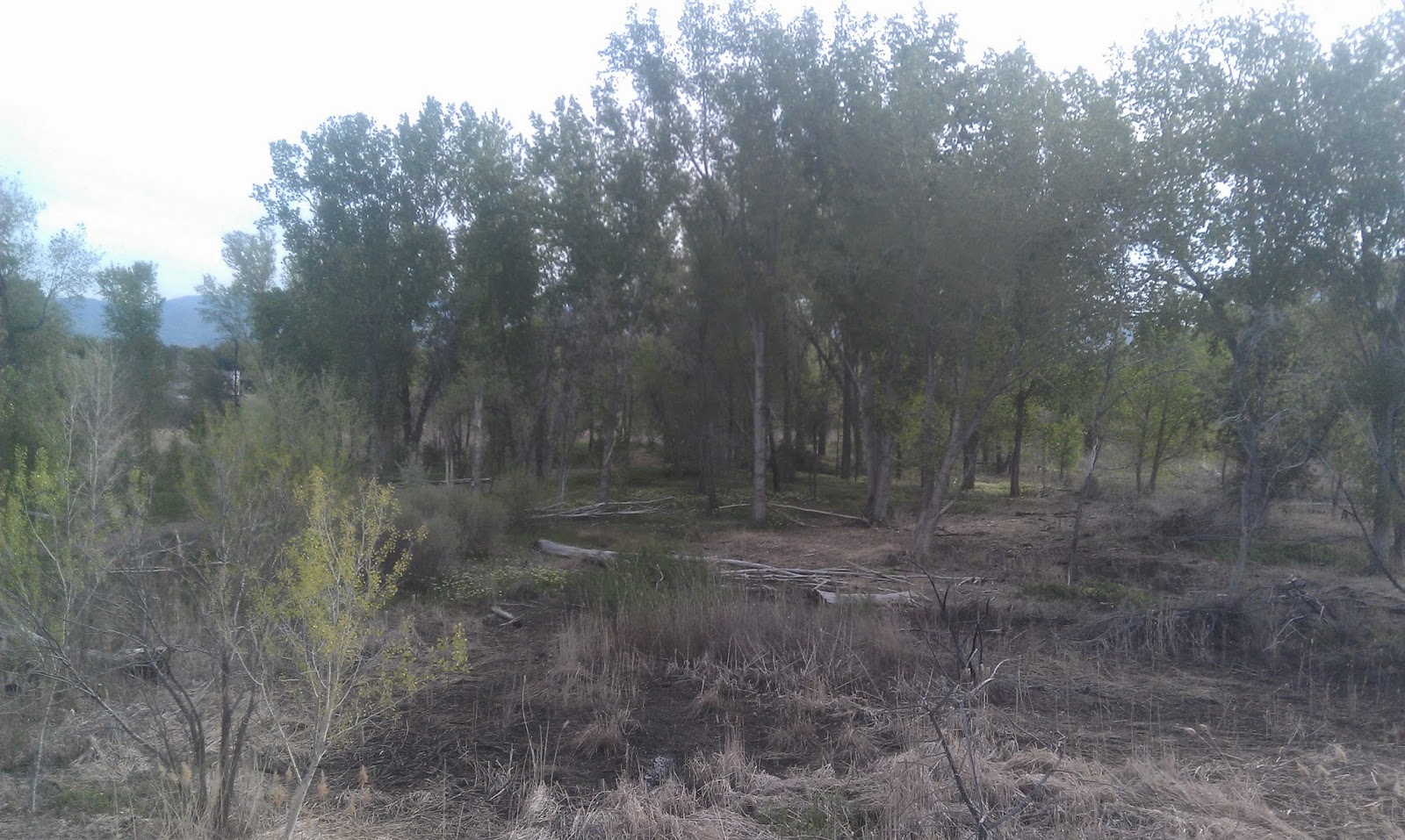