After taking my 30 minute soak in the lake, I toweled off (actually evaporated off) and jumped back into my car and headed back into the heart of Garden City.  At this point, the water stops had been abdoned despite people still being on the course and I only saw a few people on the course.  I was feeling pretty good although I probably smelled like lake water.

I stopped back at the race start and used the very nice public facilities to get dressed in fresh clothes.  Usually getting dressed after a marathon, particularly where you can't sit down is a tough deal, but due to the cold lake I was moving around pretty nicely.  I put on my new shirt and shorts and proceeded to make the hour trip back through the canyon into Logan.

Now, in the morning I had made the trip through the canyon when it was dark.  This time I got to see it in all of its glory.  Let me tell you, it was astonishing just how much there was to see.  I stopped a few times taking pictures of meadows and an aerial view of the Bear Lake / Garden City.  There were a few spots for camping and hiking... it was just incredibly green and lush.  Probably one of the most incredible drives I've taken in a while.

The Logan River hugs most of the road back into Logan.  At times this was a roaring brook and at other steams a quiet stream.  You are also changing elevation, mostly going down at this point.

An hour later, I arrived back in Logan and as tradition dictates, I stopped in at Golden Corral.  I am slowly visiting every Golden Corral in Utah and this was my chance to knock off the Logan one.  This one was an all right one (my favorites are still the Layton and Midvale ones), although to be honest my appetite wasn't that great.  I doubt I got my money's worth but I ate well enough...

I had gotten some requests to get more cookies for people in the past 24 hours, so I proceeded to go north and I revisisted the cookie factory.  I dropped another $20 on crackers, cookies and even got a free loaf of bread.  I also picked up a flavored water for the way home.

As I was making my way back into Logan, however, I started to feel faint and queasy.  I suspected my electrolytes were out whack, despite eating a full meal.  I drank more water and warm Gatorade, but I still felt awful.  I wound up cranking up the AC in my car, which eventually helped.  Up to the point, I was considering pulling over, getting a hotel room and taking another ice bath.  Something really caught up with me and luckily I was smart and knew how to cool myself down.  By the time I left Logan I was fine but it was a scary 20 minutes or so.

The 2 hour drive home was scenic, although the roads were fairly congested with weekend travelers and the normally sedate freeways were filled with speeders and it was crowded.  I did see a roll-over accident on the 15... it happened about 30 seconds before I got there as I saw a blume of dust scatter over the free and saw the overturned car.  It was on the other side of the freeway, but it was definitely causing people to slow down.

I did arrive home safe and sound and sat in the apartment's pool for a good hour.  The drive through the Logan area was definitely incredible and I would have loved to spend more time up there...  I can see this as another weekend trip later in the year when they start their Raspberry days. 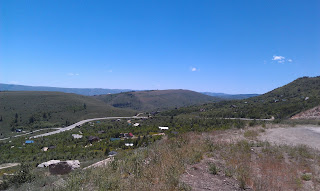 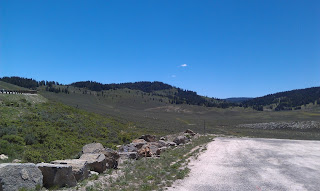 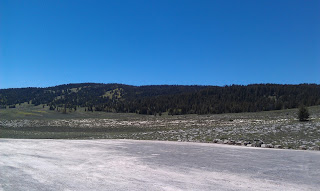 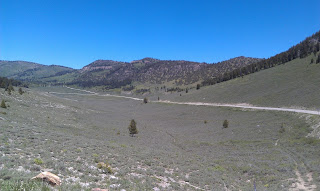 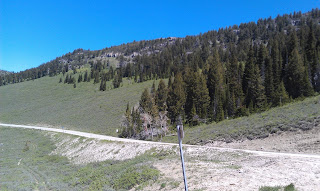 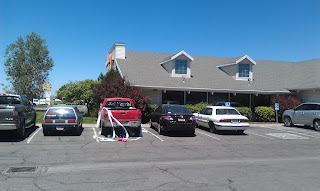 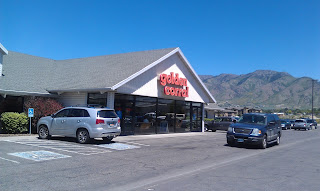 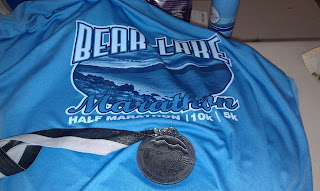 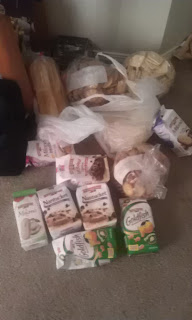 My entire cookie and cracker stash.
Posted by Eddie Gaul at 9:05 AM