One of the cool things about living in Salt Lake City is that just across the desert is where the culture changes drastically.  You go from a very conservative state where liquor is only sold in state stores, gambling is strictly forbidden and if it isn't family-orientated it isn't here. As soon as you cross the state line, you have the lights of the casinos beckoning you.  Liquor, gambling, and all night card playing await just about 115 miles from Salt Lake.  It is like a mini Las Vegas that someone plopped right on the border of Utah and Nevada.

Before you perceive me to be a gambling addict and a problem drinker, let me state that I don't drink and in fact haven't in many, many years.  It isn't because of some religious reason, it is just because... It isn't something I enjoy and it seems to detract from what I enjoy doing.  To me, alcohol is more likely to cause problems than fix them so I choose not to partake.  It also doesn't hurt to mention that I have an allergy to barley / malt...

I do enjoy gambling though.  I am not a big gambler by any means.  I take enough money to have fun with for a few days and when it is gone, I am done.  Sometimes I win, most of the time I lose.  Either way it is fun.  I enjoy playing limit Texas Hold'em, Video Poker and during the sporting seasons I'll throw a few dollars on a football game.

The drive to Wendover from Salt Lake is mostly barren: 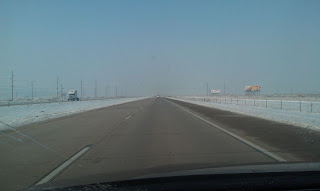 There are virtually no cities once you get past Magna, Utah except a gas station or two.  It takes about 100 minutes to drive there and the speed limit is 75 for most of the way.  In a future post I will talk about the Salt Flats, about the only really neat feature of the trip.  However, you do get to drive near the southern end of the Great Salt Lake where you will smell the brine and salt air... not terribly pleasant.

Wendover does have 5 casinos: The Nugget, the Peppermill, Montego Bay, Rainbow and Red Garter.  We've gambled and ate at most of them.  The Peppermill also has a theater where you can see a lot of nice shows that are reasonably priced.  So far I've seen Neal McCoy and Gary Allen there... and no seat is a bad one.  You can see most of the casinos / show offeres at their website.

Best Buffet: So far I like Montego Bay's followed closely by the Rainbow.  They are run by the same people so they are similiar, but I think they are the best.

Best Place to Play Poker: I like the Nugget.  Not sure why, it isn't terribly fancy, but they had a $2-$5 limit game that was in my budget.  The dealers are also friendly and they have a self-serve soda machine. 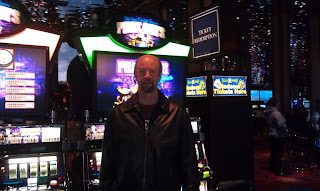 Best Hotel: So far I really have enjoyed my stays at the Peppermill.  It is centrally located and the hotel was quiet and clean.  Montego Bay was $10 more a night, in general, but I found the accomodations much better at the Peppermill...

I've had a lot of good luck at the Peppermill on their slots.  For whatever reasons, they seem to give me the best play, including on this Napolean and Josephine slot: 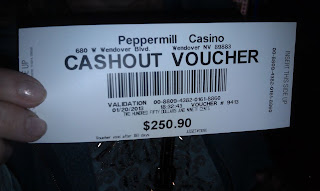 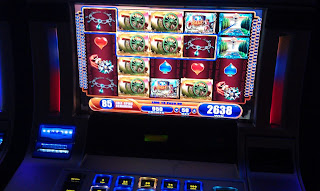 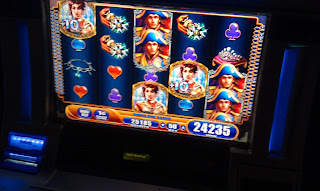