Well, this weekend I did a 14 mile run in preparation for the Ogden Marathon.  I am way ahead of schedule in terms of preparation, but we finally got a break in the weather here and had a nice bright and sunny day with 40 degree temperatures.  I loaded up my camelback and a gel and took off.  I was dressed in shorts, gloves, sunglasses and a wind breaker which was all I needed.

I wasn't trying for any particular time and was mostly enjoying the scenery.  Normally I don't listen to music on my runs, preferring to hear cyclists coming behind me, but I was in the mood to listen to some Tom Leykis.  I took my phone along for the trip and captured some photos of the Jordan River Parkway Trail.  I started at Gardner Village and went to Taylorsville.

I ran mostly at an 8:45 min / mile pace, but I would stop and take a picture or two.  I felt fine throughout the run, although at mile 4.5 or so I slipped on a patch of black ice.  It was a spectacular fall.  I fell forward and had just enough momentum to launch myself into a snow bank.  I certainly didn't want to fall onto the pavement.  It was witnessed by some people out for a walk and I think they were shocked to see me dust myself off and continue...  Luckily nothing bad happened.

Overall the run was solid.  I should've packed more fluids in my Camelbak, but otherwise it was a good run.

This coming Saturday we'll see where my speed is at and I will run the South David Valentine's Day 5K.  I haven't run a 5K since last summer.  Hopefully the weather will cooperate, but I am feeling fairly confident.

Also, during the run, I was waylaid by some LARPers (Live Action Role Players).  Very cool costumes and very friendly people. 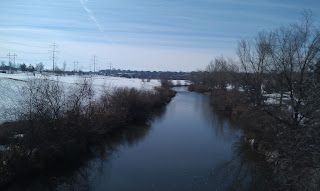 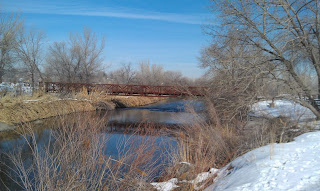 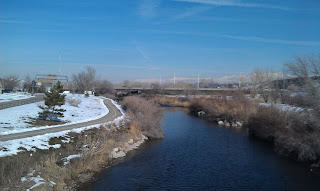 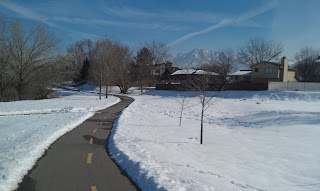 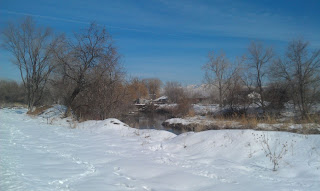 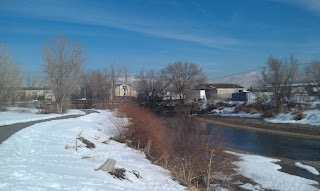 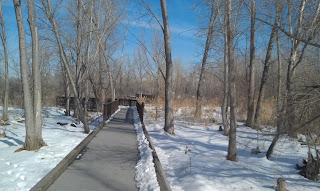 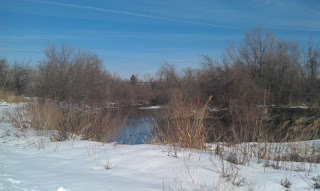 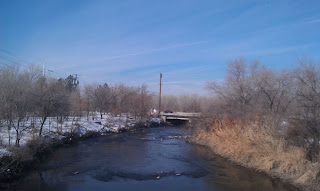 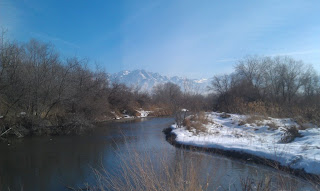 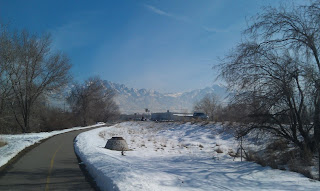 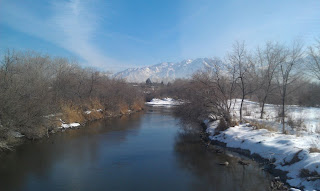 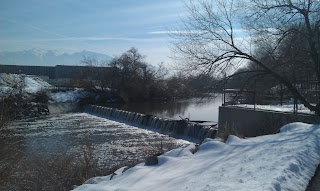 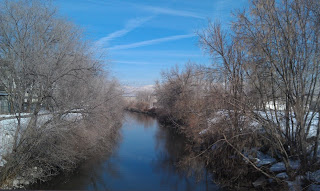 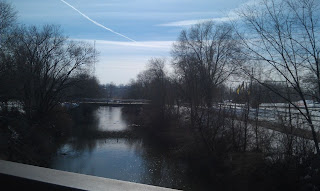 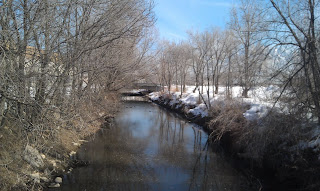 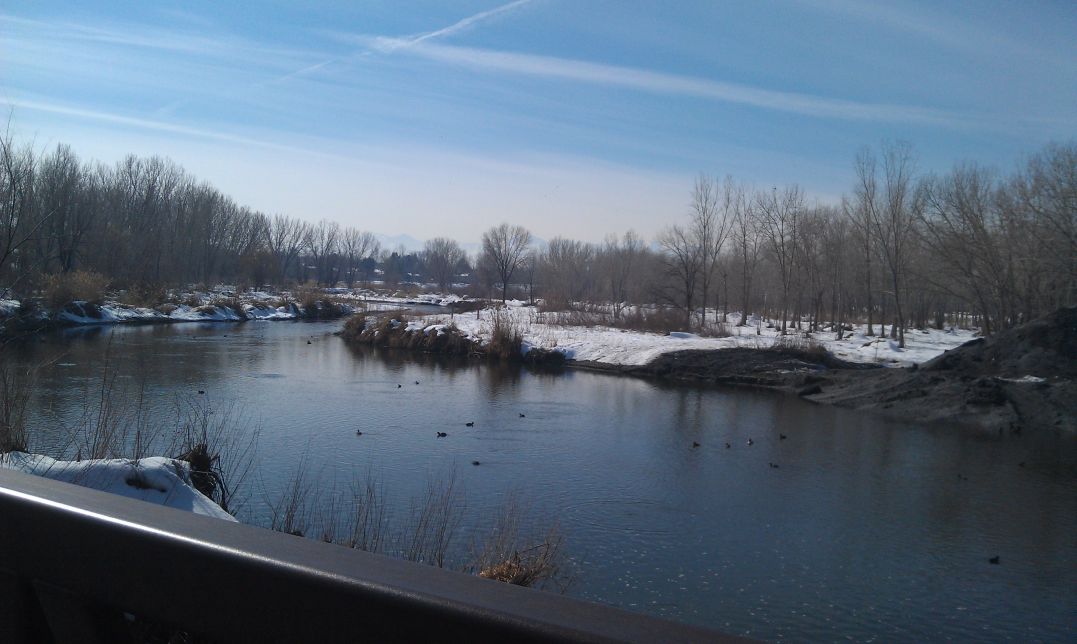 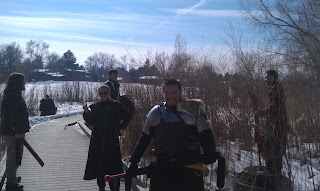 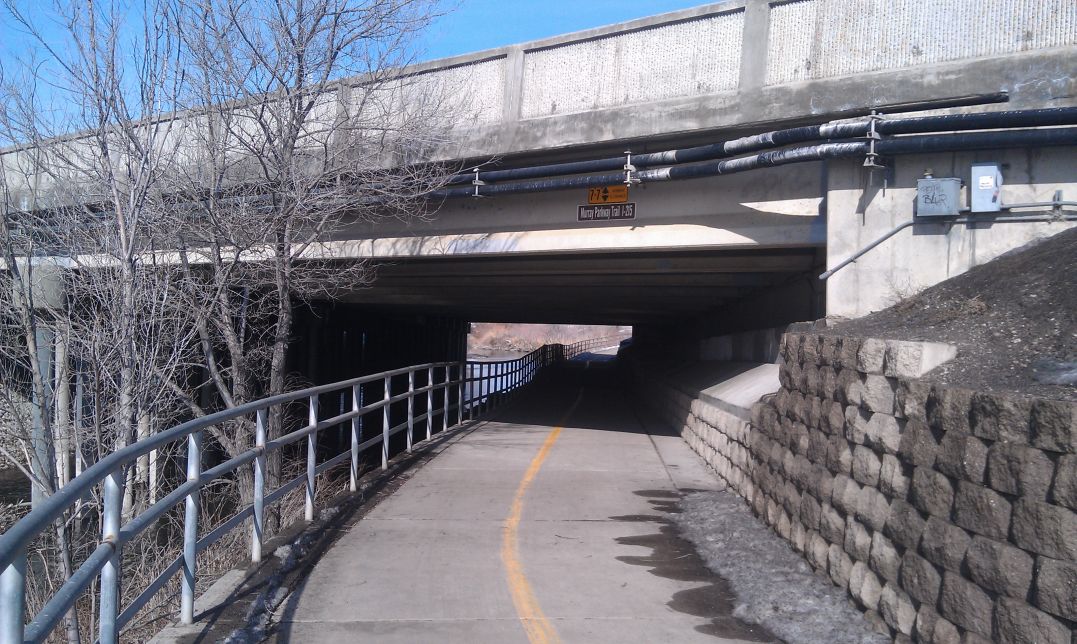 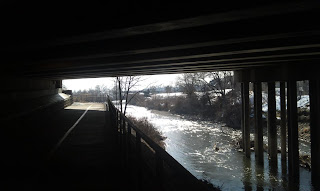 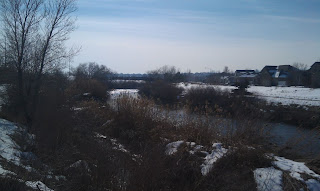 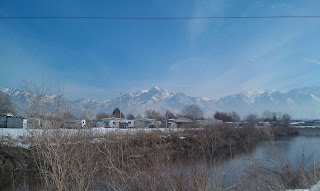 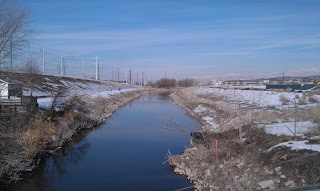 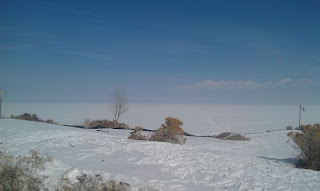