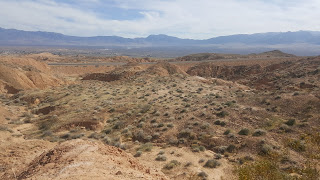 I discovered the Mesquite Foothills about a year ago while looking for hiking in the area. I didn't want anything too crazy, as Mesquite and the surrounding desert area can be fairly remote.

The Foothills trail is a bit of a picnic area followed by about a mile or so of trails.  It is fairly popular with the locals.  There is a bathroom located at the site as well as benches and a covered area for a picnic.

The trail meanders and there are signs guiding you, but it is easy to just sort of blaze your own trail.  And after about a mile, the main trail just abruptly ends.  It does allow you to scramble a bit further where it ends in a dead end where apparently a car that fall off the surrounding mesa crashed.

You can also return to the main road (Lower Flat Top Drive) at various points too.

After the Sun Half Marathon I decided to hope on over and get in a quick walk.  I had done the city trail plenty of times and had often looked at the ATVs ascending a dirt road above me towards the buttes that dot the city's landscape.

Finally, I decided I'd hoof it up the dirt road and see what was up there.  It would've been much easier with a vehicle but within a mile  I had reached the top (and there were a few other hikers who had made the walk).  Incidentally, the parking lot for this trail is located a few hundred yards south of the entrance to the Foothills parking lot.

If you really love the desert, you will love exploring at the top of the mesas.  The trail is very well defined but it is definitely not one you want to do in the dead of summer.  There is no shelter and no water.

For a February day in the upper 50's, it was fun poking around and looking at giant crevices in the earth and cactus.  There is also plenty of cresote and desert brush up there.

This trail was also highly runnable, once you got to the top.  In fact, if I hadn't just eaten and had a pair of shorts on me I would've done some running up there. 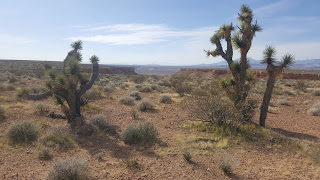 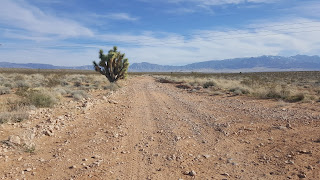 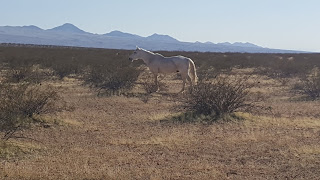 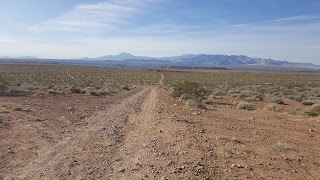 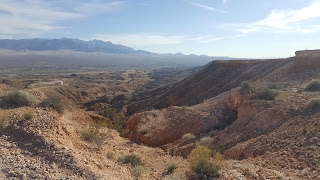 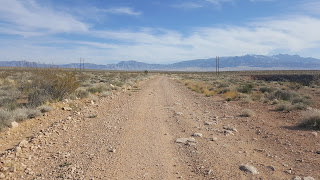 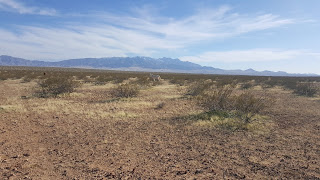 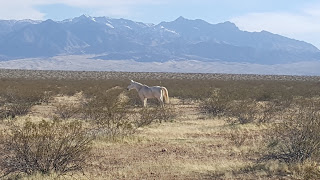