With the cooling temperatures, I am finding myself a little more motivated to run.  I am also finding that my pace is a little better too.  I am itching to see if this translates to any faster times.  The last week or so of training runs have exceeded my expectations.  My volume is a little down, but I think the quality of my runs are better.

I also haven't been doing as many races in the month of October and early November.  Usually I go on a decline this time of year on account I am preparing for the Vegas marathon, but this year I don't have that on my plate.  I just really have enjoyed putting in ordinary runs and still having some energy to do some hiking. 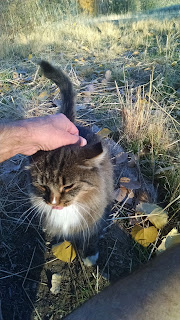 Faithful readers may recall that I have been feeding a cat the past few years.  When I came back from Arizona in July we finally "reunited" and it was super excited (I believe it is a female cat) to see me.  In fact, she ran up to me and started to rub against me and meowing a lot. 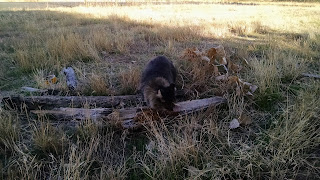 We have since generated a pattern and she meets me on the bike trail at the same exact spot around 4:30. She is now there every day waiting for me.  I dump food for her and she eats it and I give her some rubs and clean her up a bit.  I am tempted to bring her in, but so many things can go wrong when bringing a cat -- particularly one that might be a feral -- into a house and to make it worse, I already have a well-behaved cat.  Sometimes adding a new cat to an existing one is a recipe for trouble. 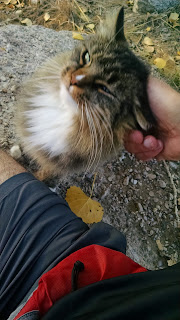 In September I realized my training wasn't going well and I just wasn't motivated to do the full marathon again.  It would've been my 10th year in a row doing the Vegas one.  The last half dozen marathons I've done haven't gone very well and I didn't want to put myself through another one.

So I dropped down to the half.

I am sort of okay with that.  Part of my ego is bruised and the streak is going to be over, but I am going to be participating in the race.  It will be year #10 of making a presence.  I am getting a special bib and my name on a banner, so that is cool but this year won't be as brag worthy.  I can't think of too many things I've done 10 years in a row so this is pretty special.  Also it is pretty cool that I had the "nutz" to sign up for this race in 2009 and head out to Vegas solo and do it.

In that time, I've moved from Illinois to Utah to Arizona and then back to Utah.  I've had nearly half a dozen addresses and 4 jobs.  Still amazing all the races and miles I've put in since I started this marathon "thing" back in 2009. 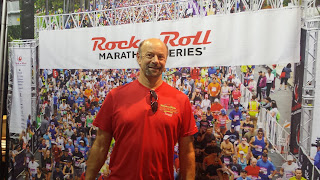 However... this year I finally get to race it. I am running pretty well and am eager to pick up the pace and if the weather and situation presents itself (I can maintain a decent pace), I'd like to really try hard at this race.  The weather looks ideal but they are forecasting 20 mph winds...

Also this year I can finally enjoy Las Vegas.  When running the marathon I had to stay off my feet, watch exactly what I ate (and most of the time failing), and obsessing about the weather and whether my training would hold up.  That pressure is gone. 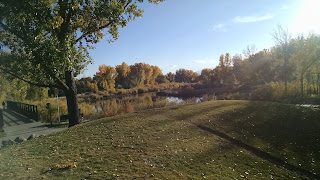 Finally, I love fall running.  The weather is usually perfect.  It gets dark earlier and the leaves are changing.  It is just a joy to run.  In years past I've sort of missed it as I was tapering for the marathon -- and just about every run was dictated by a schedule.  This year, I've really enjoyed just logging miles and enjoying the fall weather.  If I feel like running 12 miles at half marathon pace, then that's what I do.  I've really enjoyed not having a marathon on the horizon. 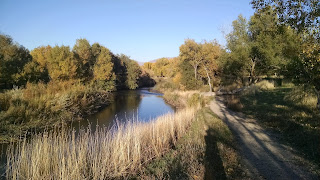 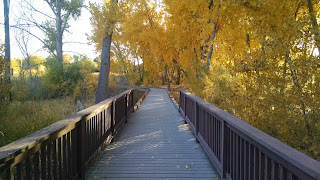